Welcome to another exciting Hamil Bros Studios blog where we’re going to talk about the VFX done for the WunderTRE(k) Brandfomercial! But first, get familiar with the actual ad!

We’re going to take a minute to dispel some green screen myths for people who are either not in the industry, or are just starting. Chroma Keying is the act of selecting a particular color in a frame in order to remove it and provide a “cut out” of the actor/set to place in another scene. In BIG budget films, particularly Sci-fi or fantasy films, you’ll see this in behind the scenes where someone is standing next to a window and there is a green screen there. That allows the visual effects artist to put in the environment outside the window if it’s futuristic, or if they have a certain location they need to match. First of all, Green Screen is NOT a Magic Solution to video problems. There is a whole lot more that goes into a green screen than just throwing it up behind and actor and rolling.

When I had initially written this project, I wanted all of the gags to be as practical as possible. In the film/video industry, practical effects are effects that happen on-set and are captured by the camera in the presence of the talent.

In our current culture, technology has advanced to the point that most effects are visual effects which are, generally, computer generated or at least composited (aka Photoshopped) in on top of the footage.

To illustrate the difference, let me give you a couple of examples. You’re watching the latest Arnold Schwarzenegger movie, and in this climactic scene, he’s blowing up the police cruiser of the corrupt officer who buried evidence because he’s on the villain’s payroll. When it comes to blowing up the car, they have two options: 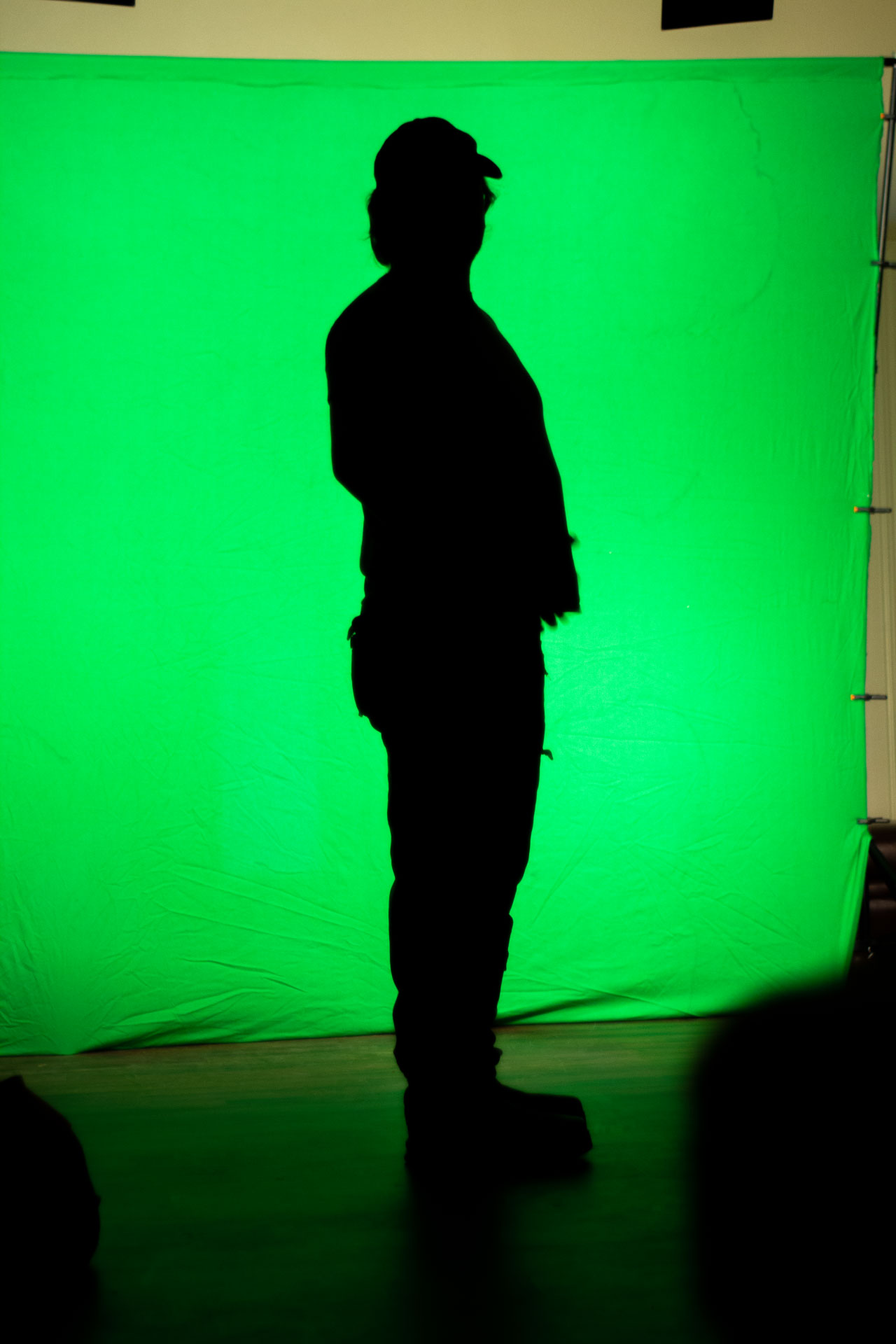 Both have their pros and their cons. However, I feel like technology has allowed a fair amount of laziness to creep in and take some of the life out of things that were once really cool. For us, it has definitely allowed us to pull off some really ambitious ideas that we never could have pulled off practically with the budgets and resources.

So, to bring this around, my decision was to try to do as many things practically as possible. From the computer sliding in, to the shower scene. I wanted those things to be real. However, there were some things that we couldn’t get practically on the budget and within the timing deadline we were fighting.

Let’s get to the VFX!

The very first thing you see in the WunderTRE(k) ad is a portrait of our Englishman in a pose. While this idea was thrown around before we started shooting, it ended up being exactly what we needed since my initial idea for introducing Coby wasn’t as solid as I would have liked.
Since we couldn’t exactly commission an artist to paint Coby in the exact location we were shooting in, we took a frame from later in the shot and ran it through Photoshop to make it look painted and placed it in in the edit. 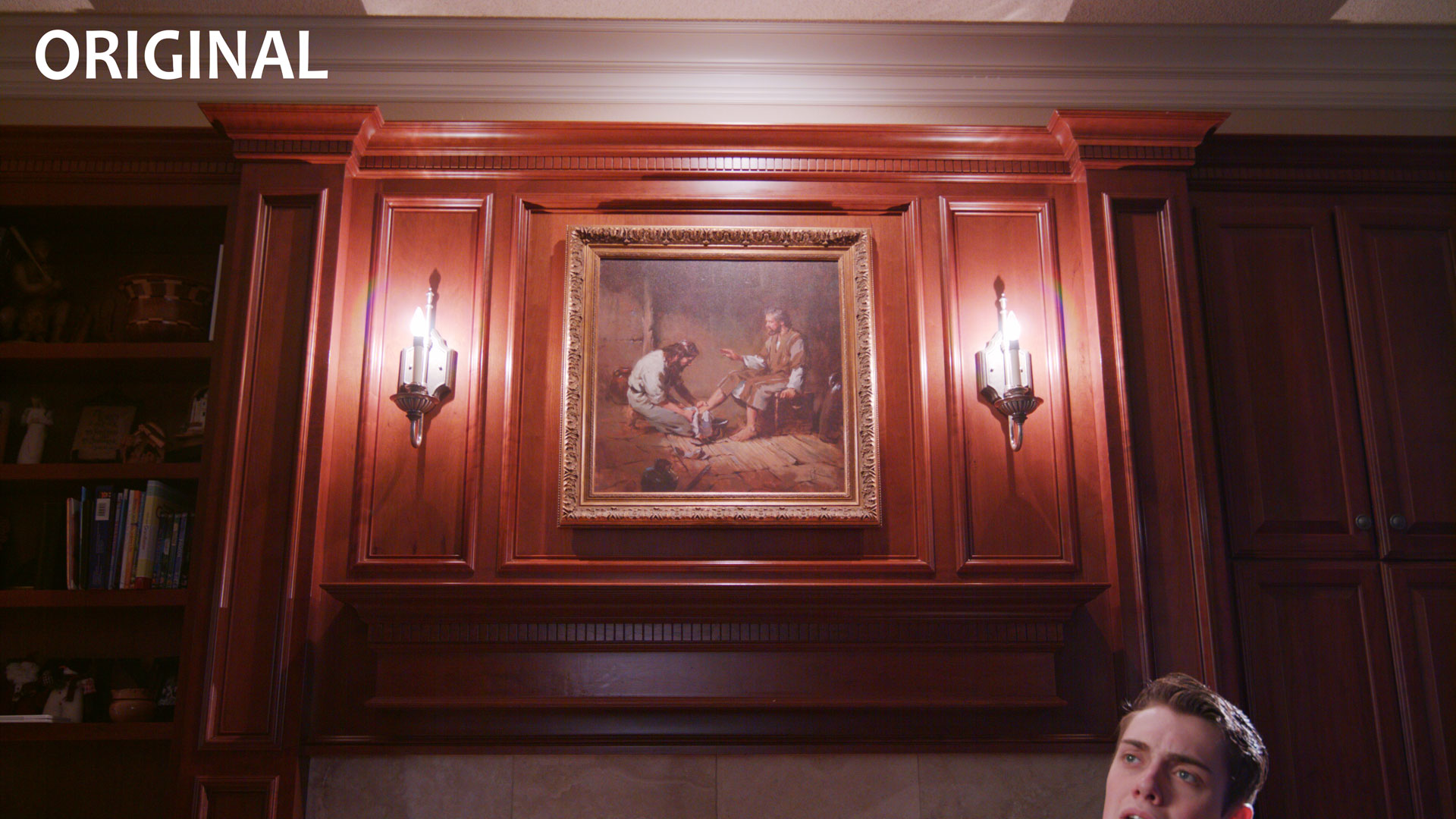 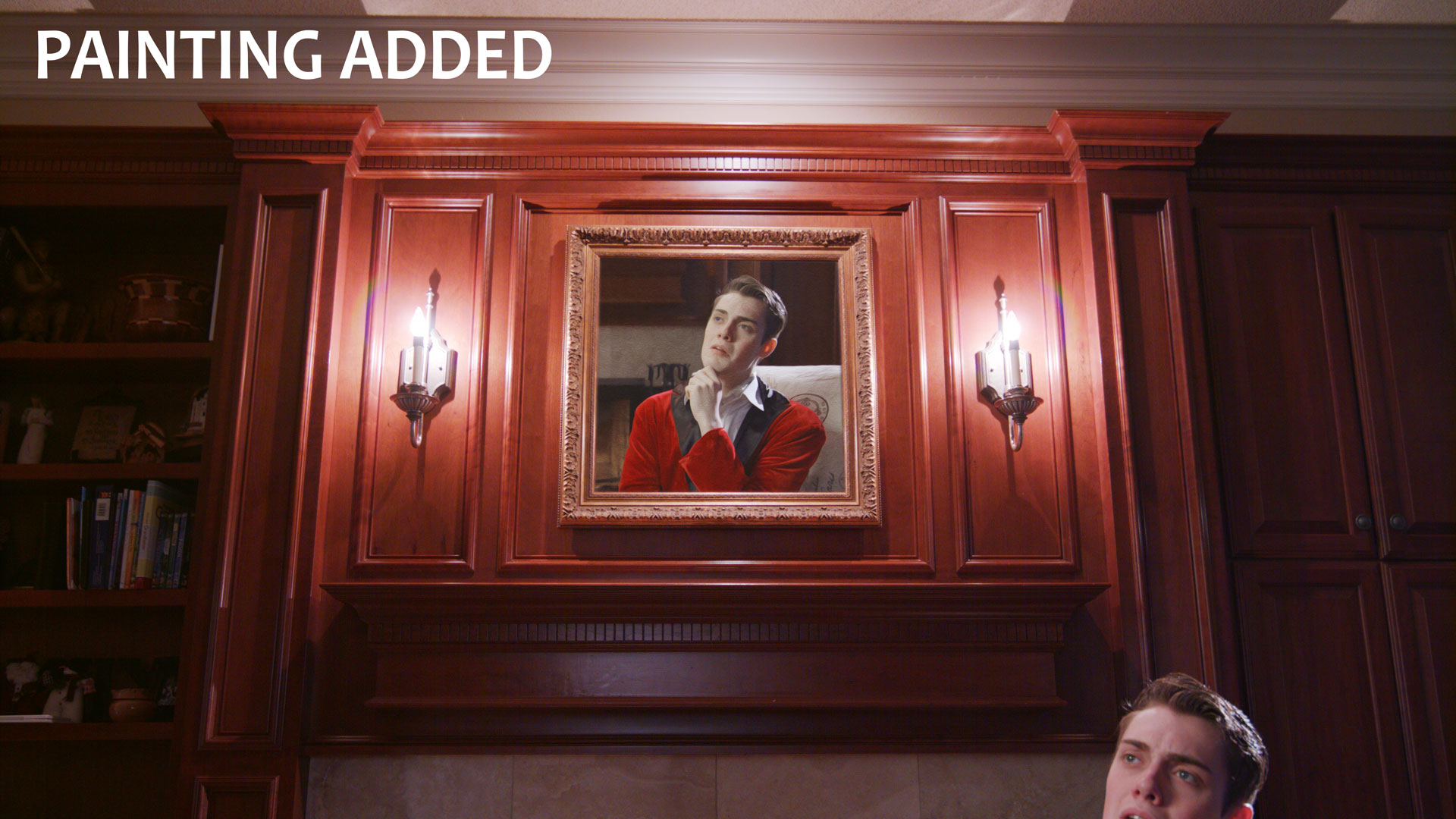 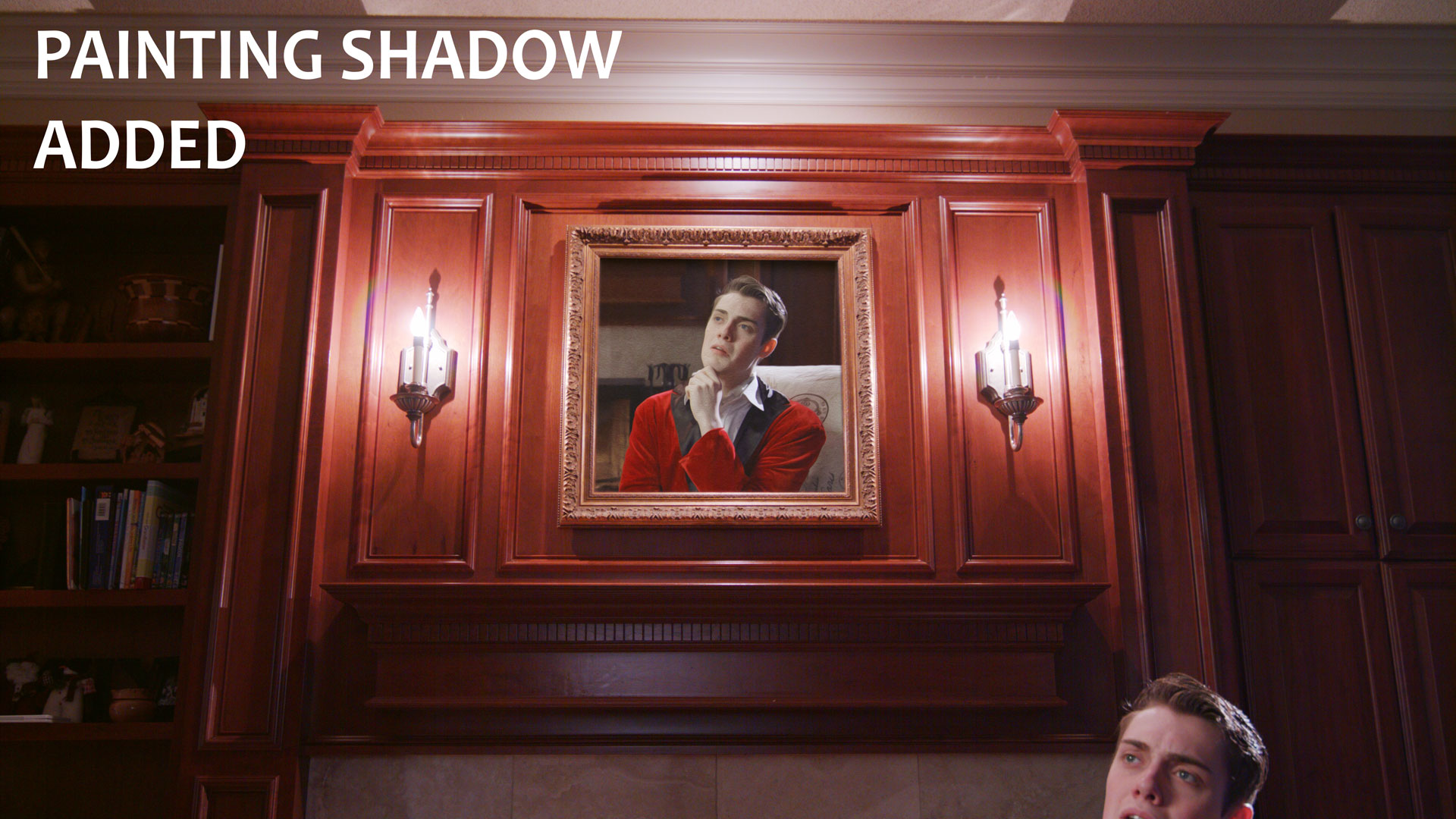 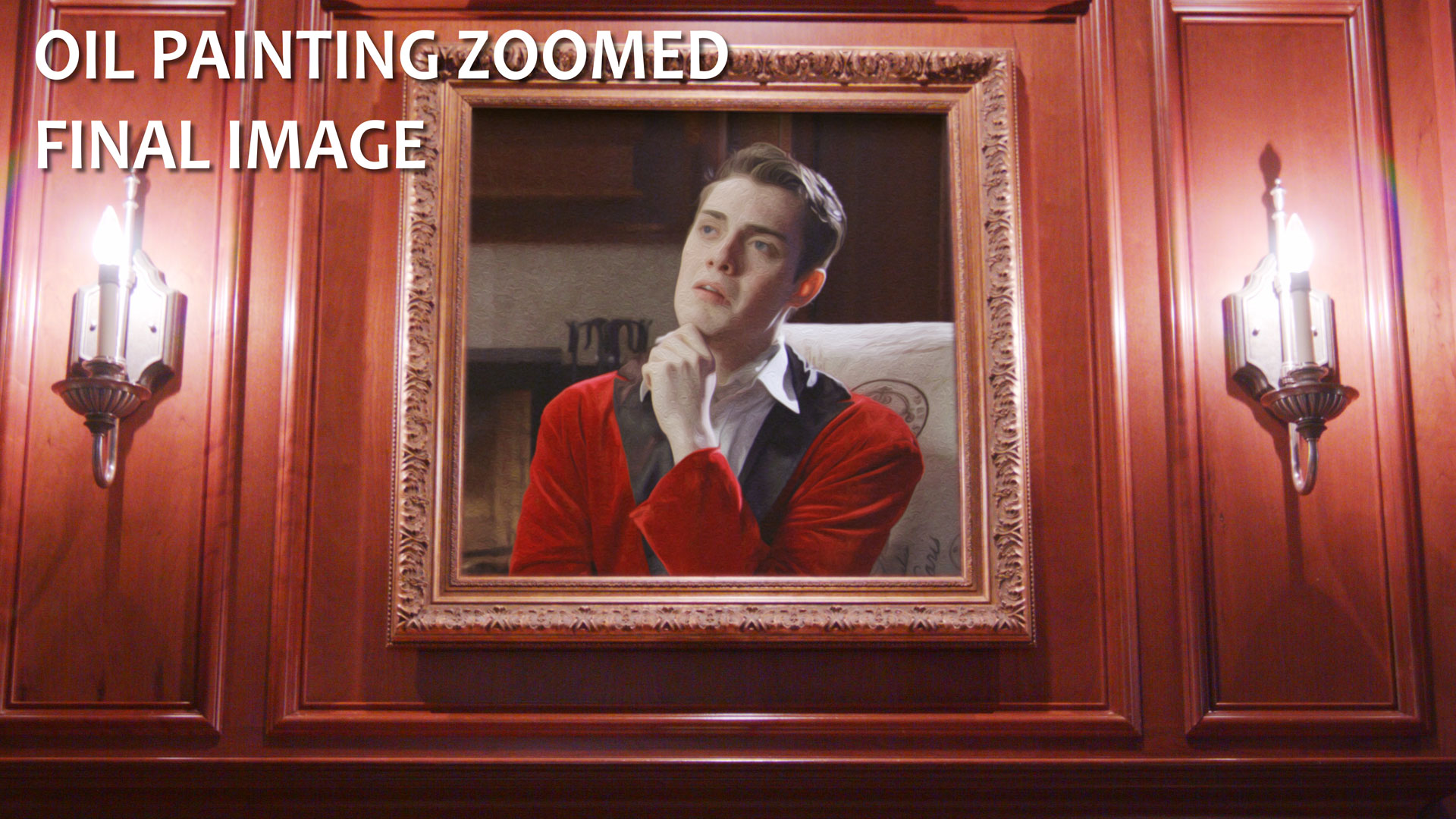 This was a mixture of practical and visual effects. If you’ve seen the photos of Jacob laying down on the job, then you already know that the computer actually rolls into the shot. The part that we couldn’t get was finding a way to add the WunderTRE logo onto the laptop and making it glow.

As you see from the two different angles, the logo had to be added in a couple of times.

The other thing to note here was that we never shot the computer exiting. That was taken from a different entrance take, cut out from Coby, and reversed to give the illusion of leaving. 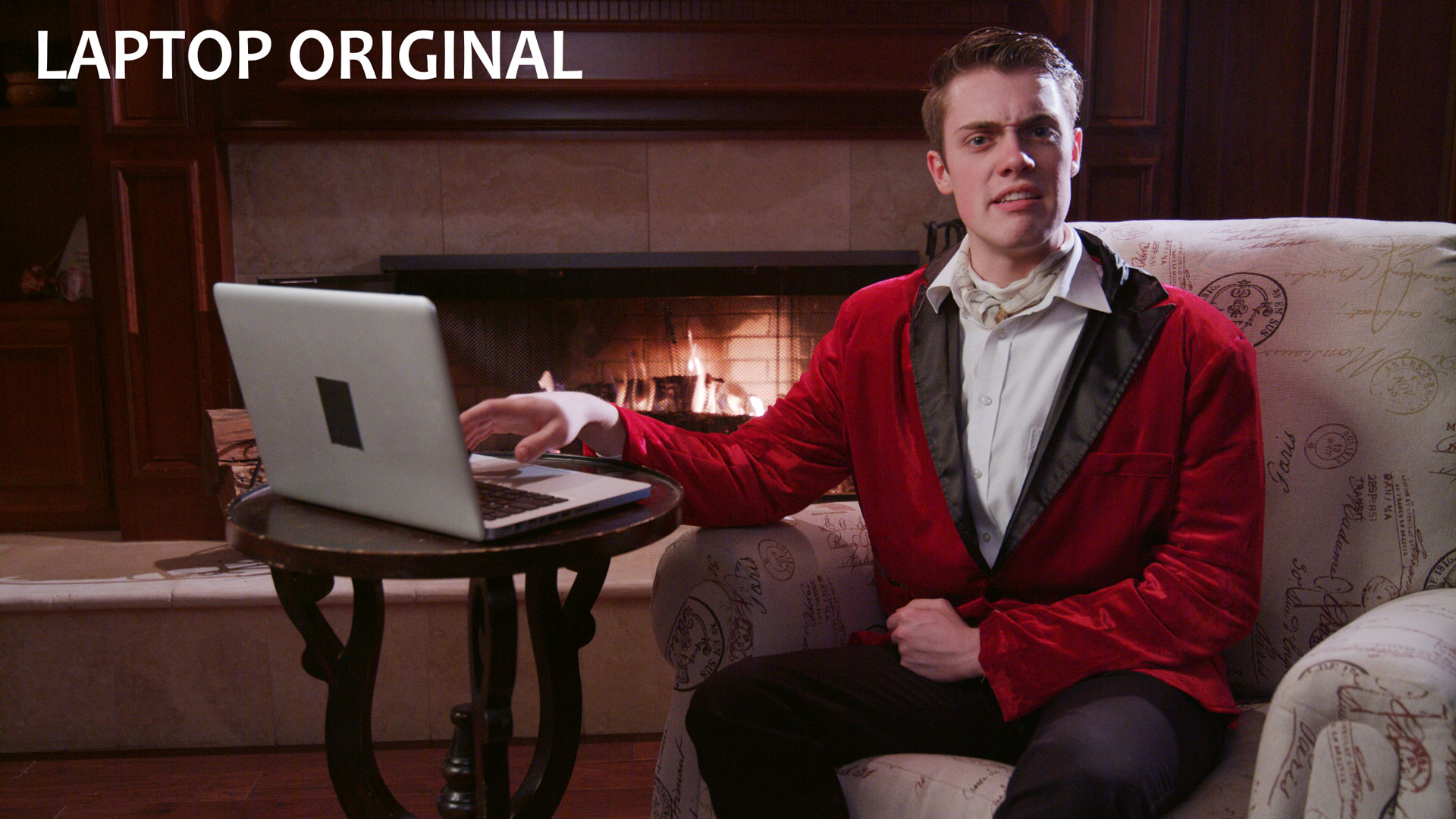 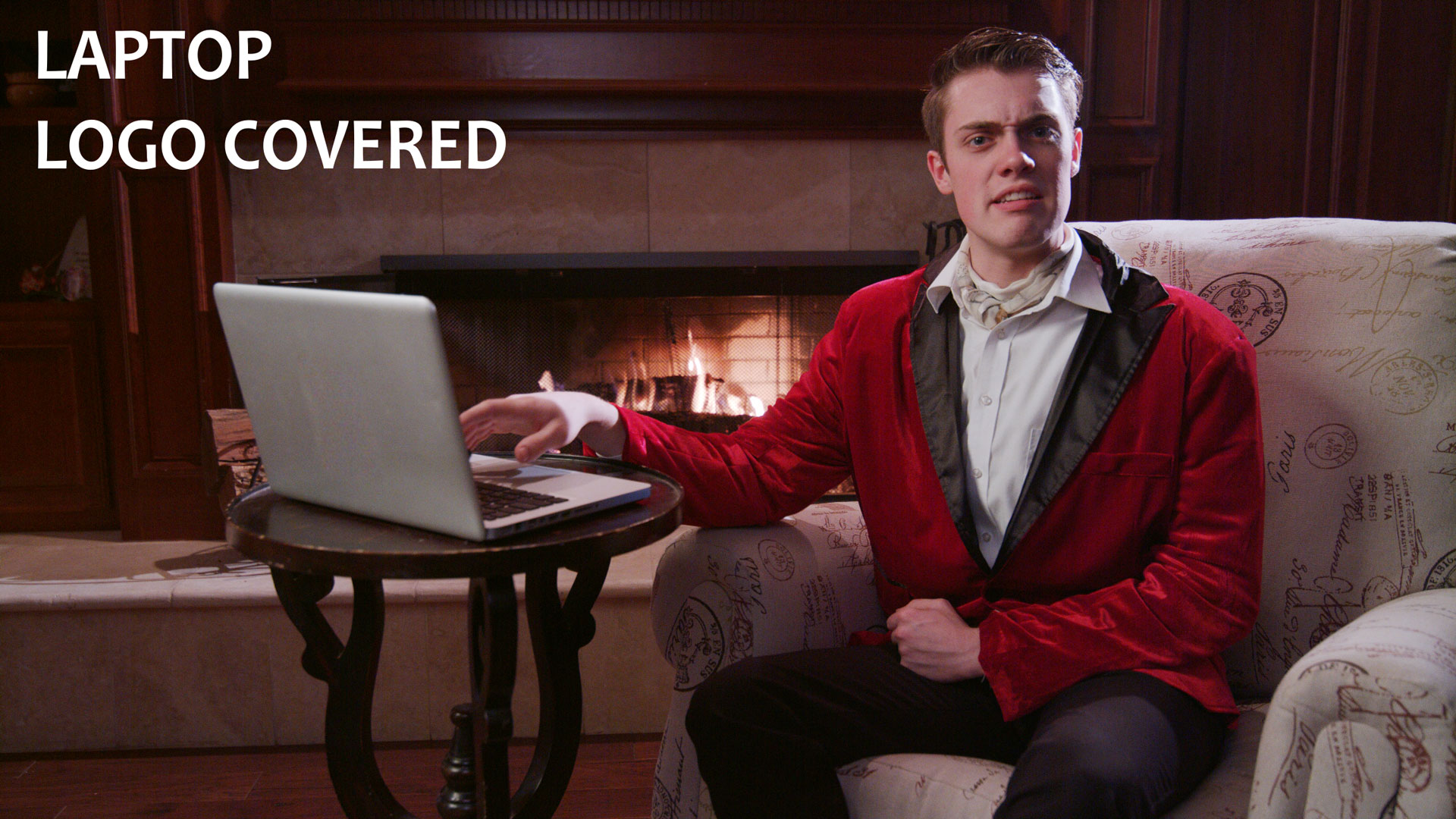 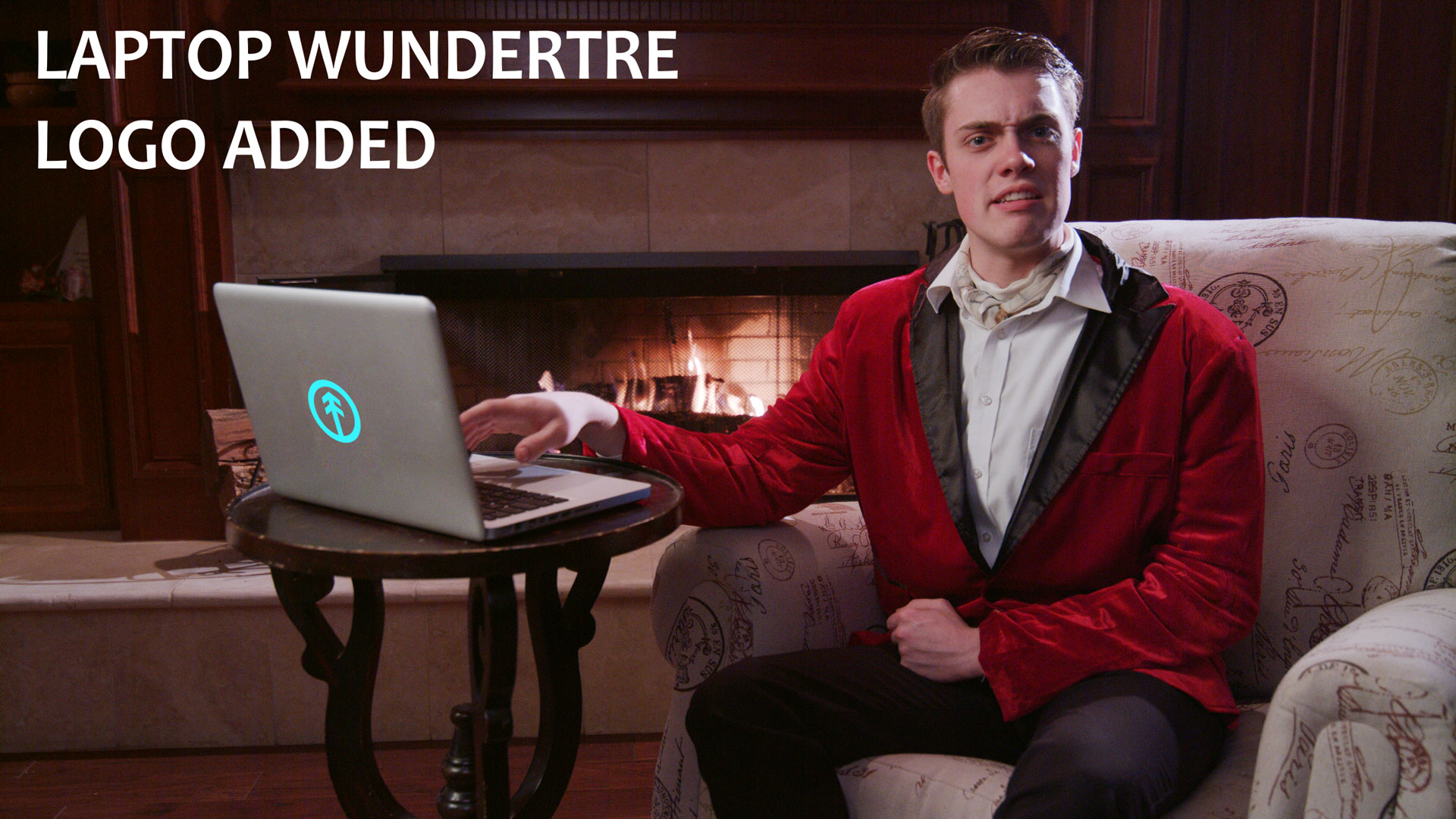 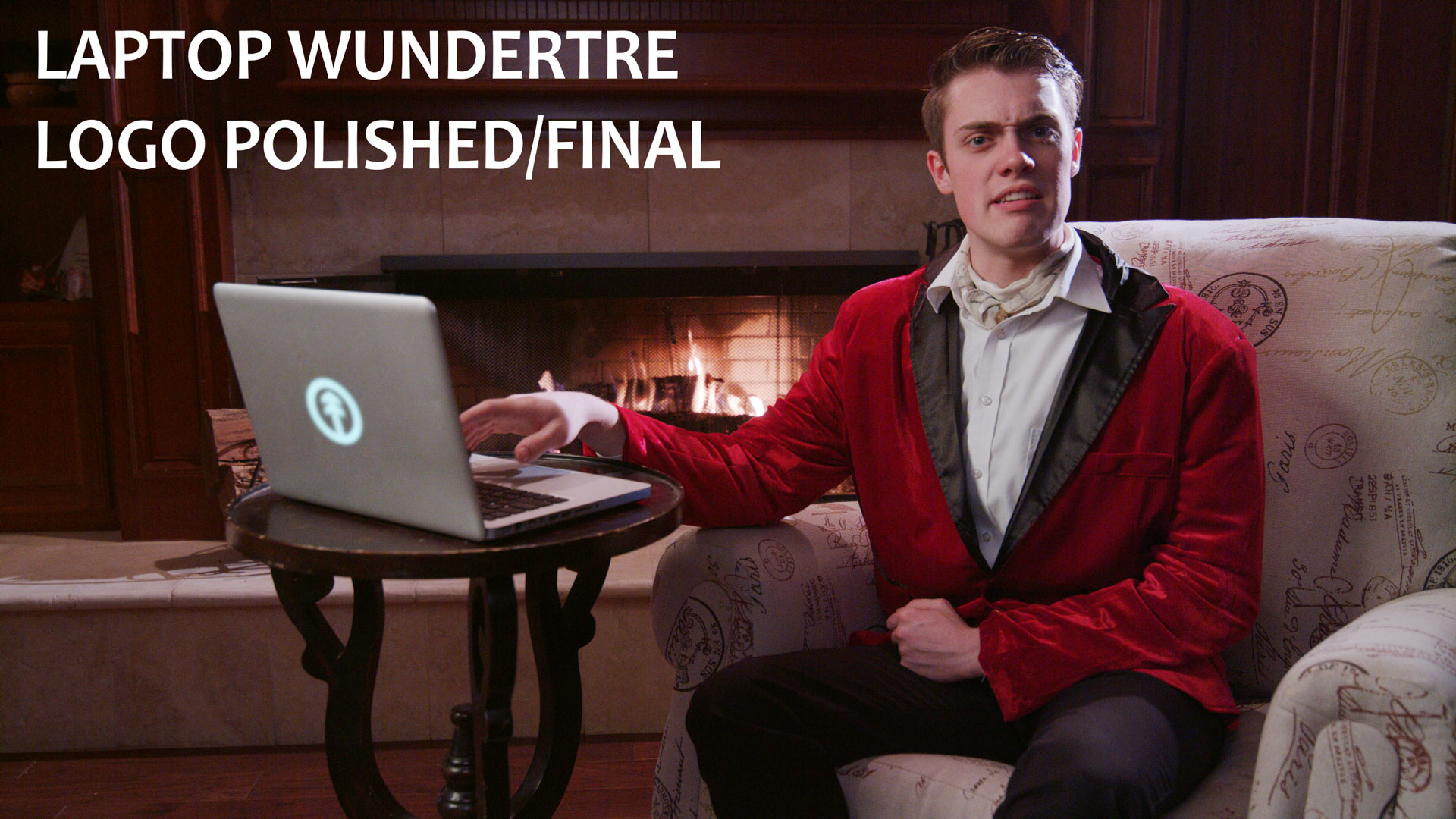 When it comes to visual effects, things aren’t always glamorous. There were several shots where we cut to an alternate angle of Coby in front of the fireplace and he had a lightswitch over his shoulder in the back. Not that it was an eyesore, it was just mildly distracting and we painted it out. 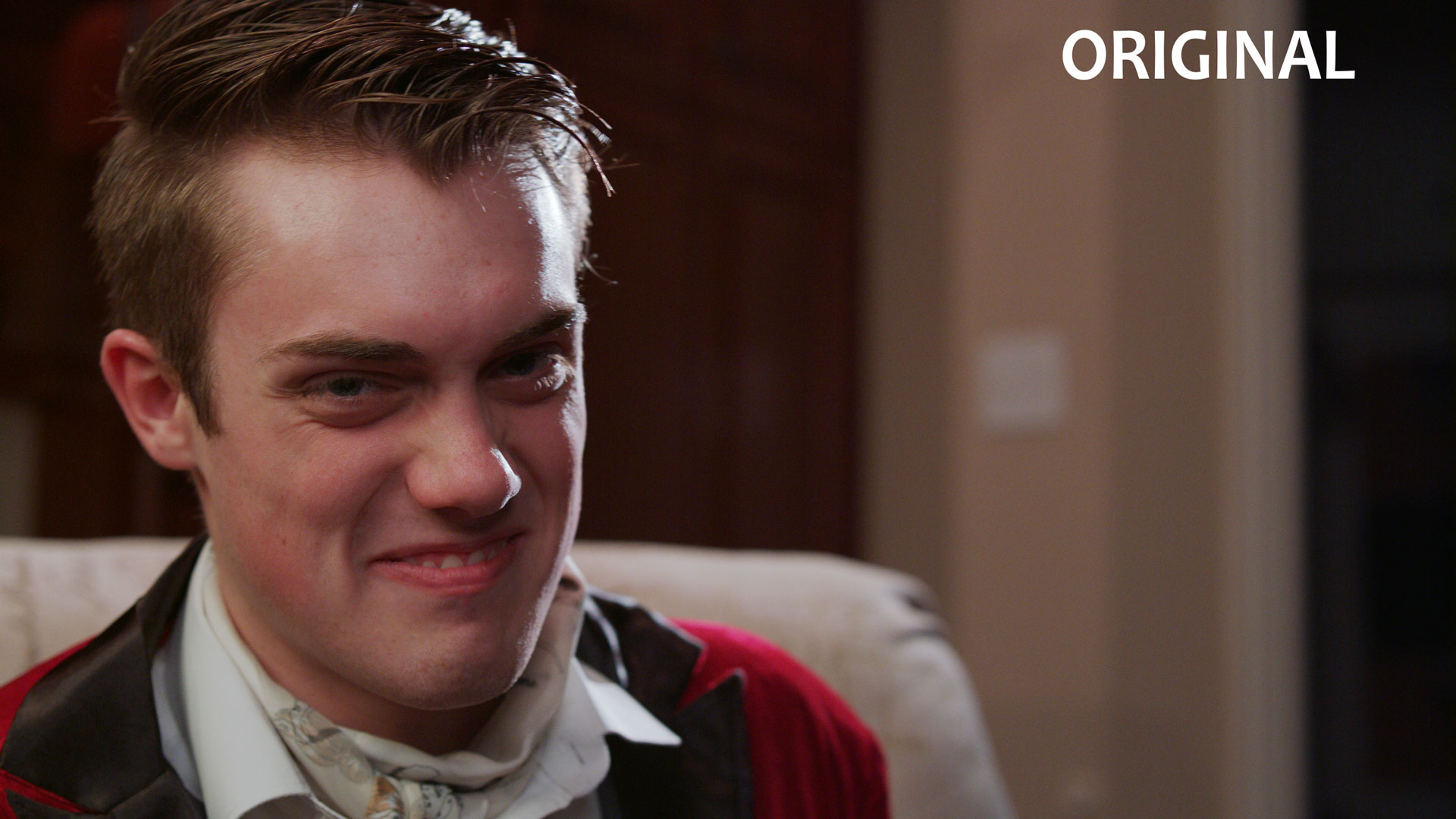 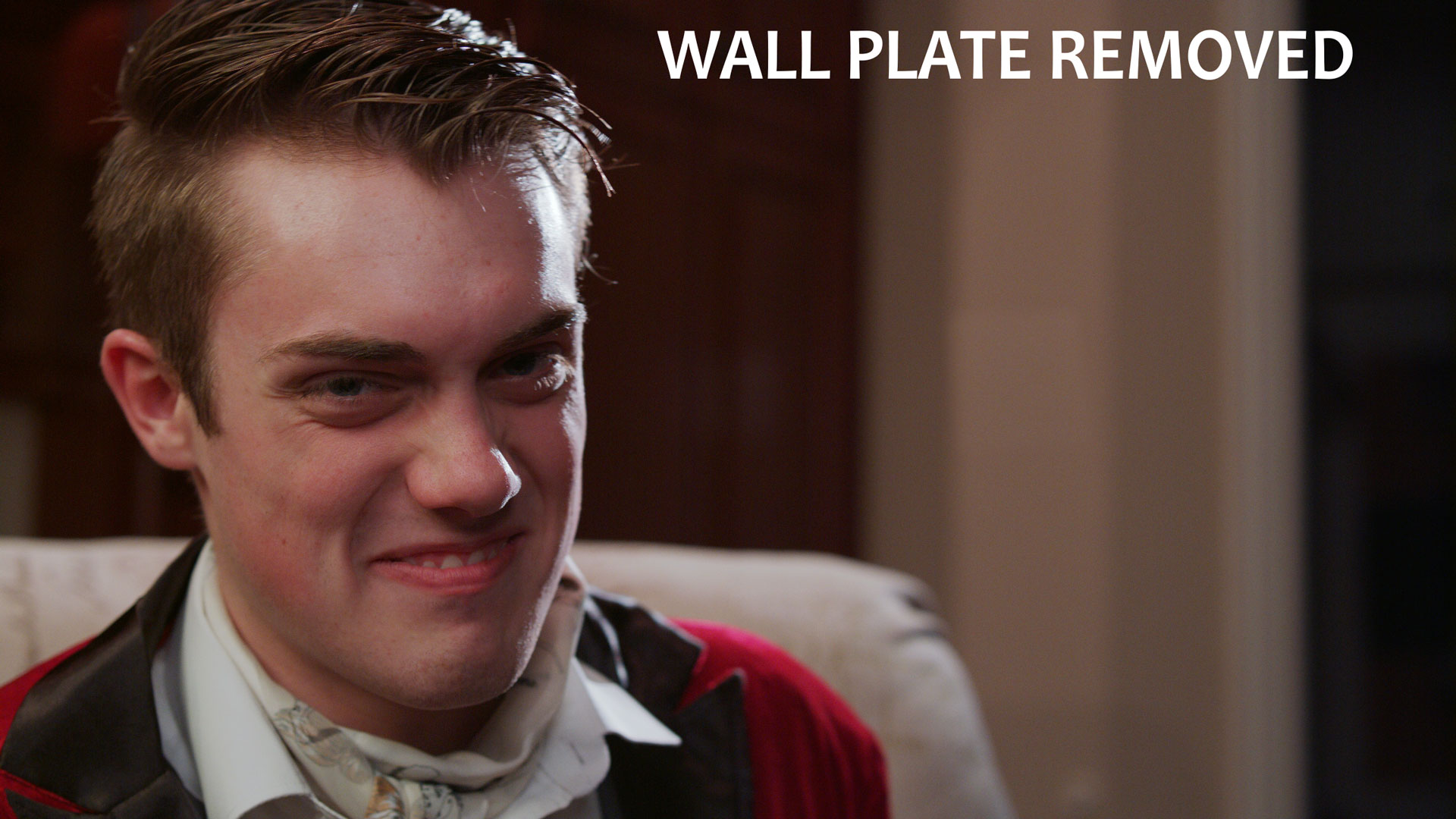 While all of the fire was practical, in the crash-zoom shot, we had to place a microphone in the shot to get good, clean dialog. So, the microphone was in the way and it, too, had to be painted out. 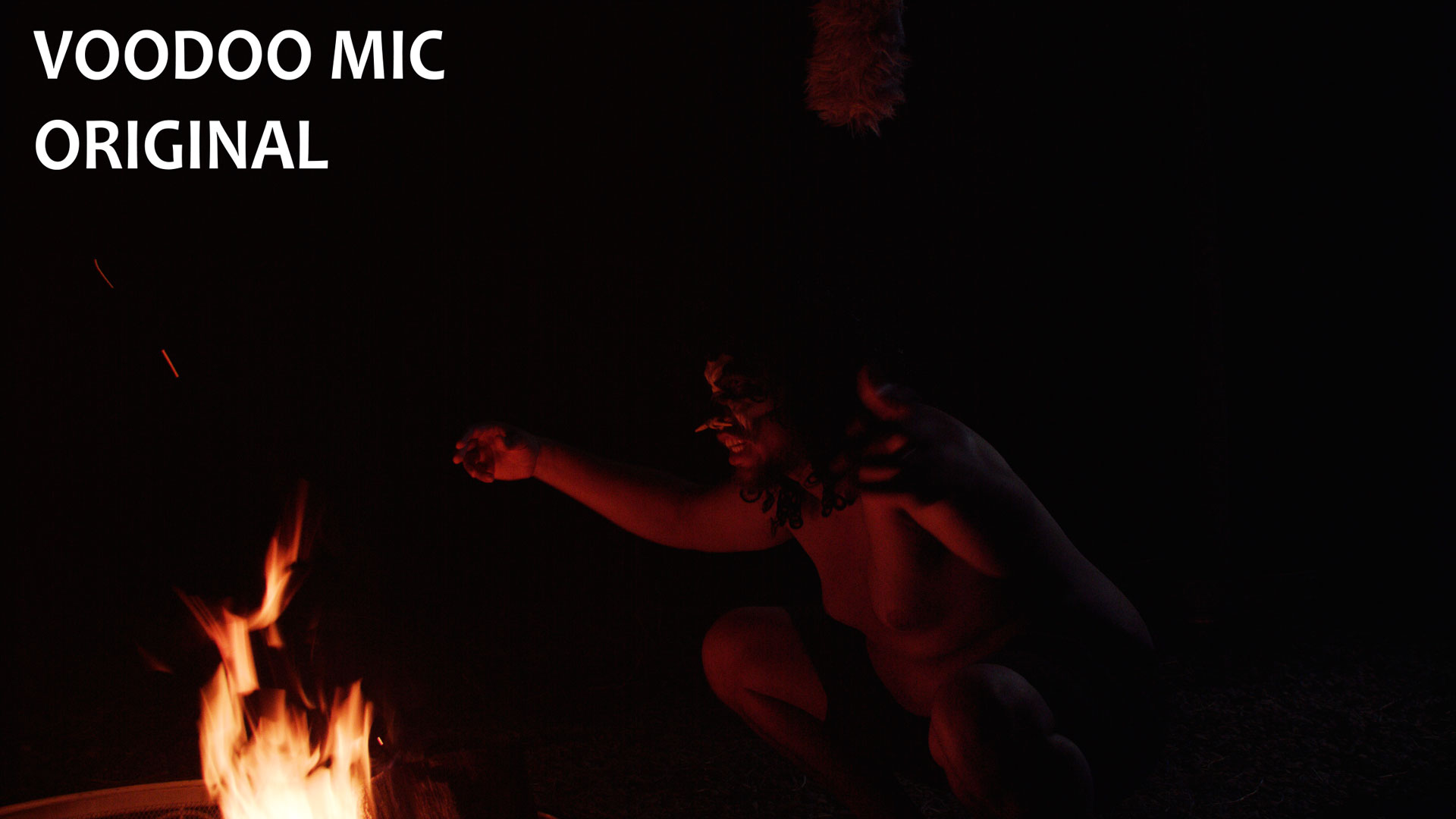 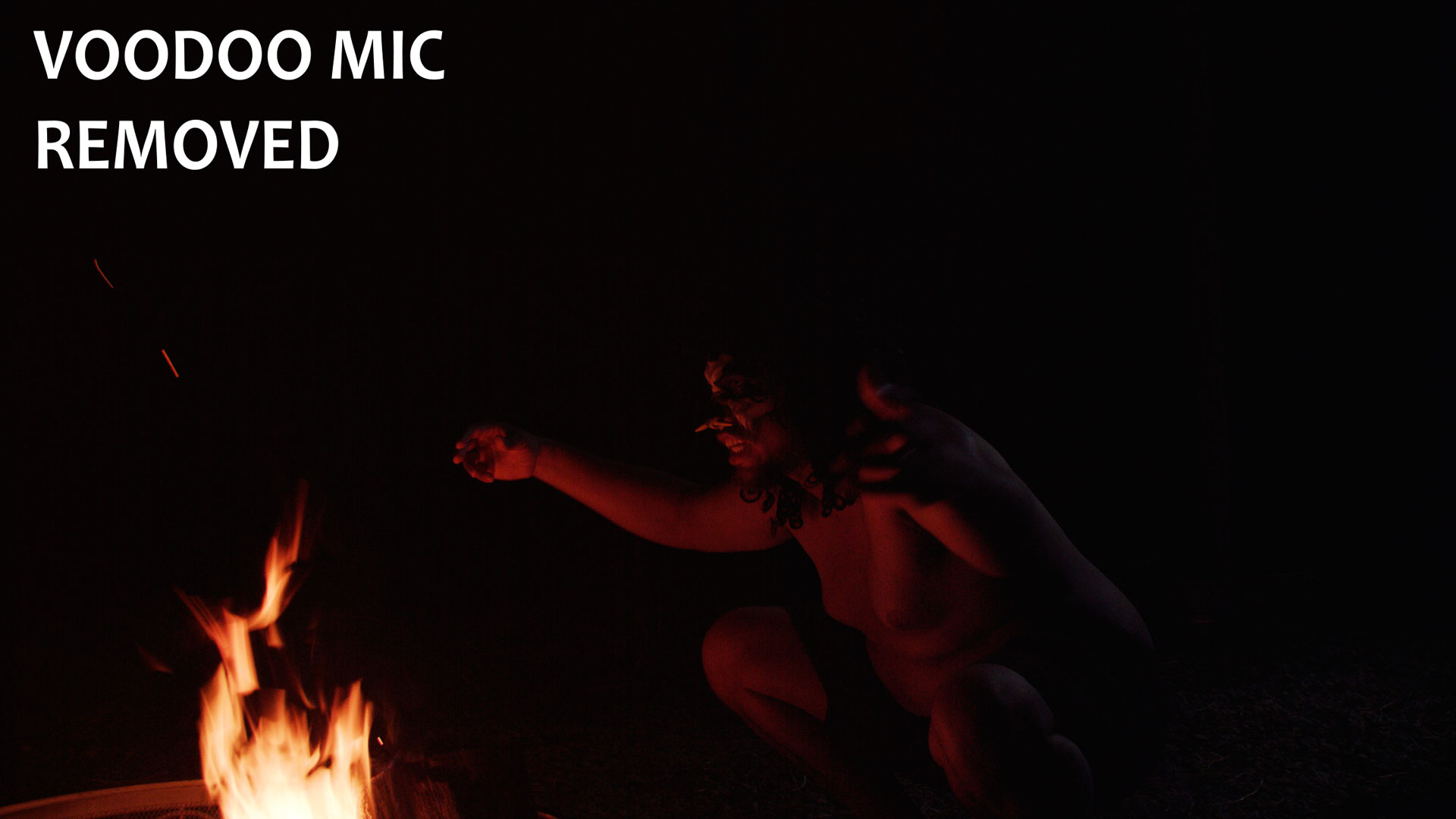 That wraps up part one of the VFX for the WunderTRE(k) Brandfomercial. Was it crazy how much you didn’t realize had ever been done? Let us know in the comments. While you’re at it, make sure to like our facebook page, follow our instagram, and turn on our post notifications. Also, sign up below for our Keyframes Newsletter!

Stay informed and find out more about how video works for your business!