Fear of the Unknown vs Walk-Away Power 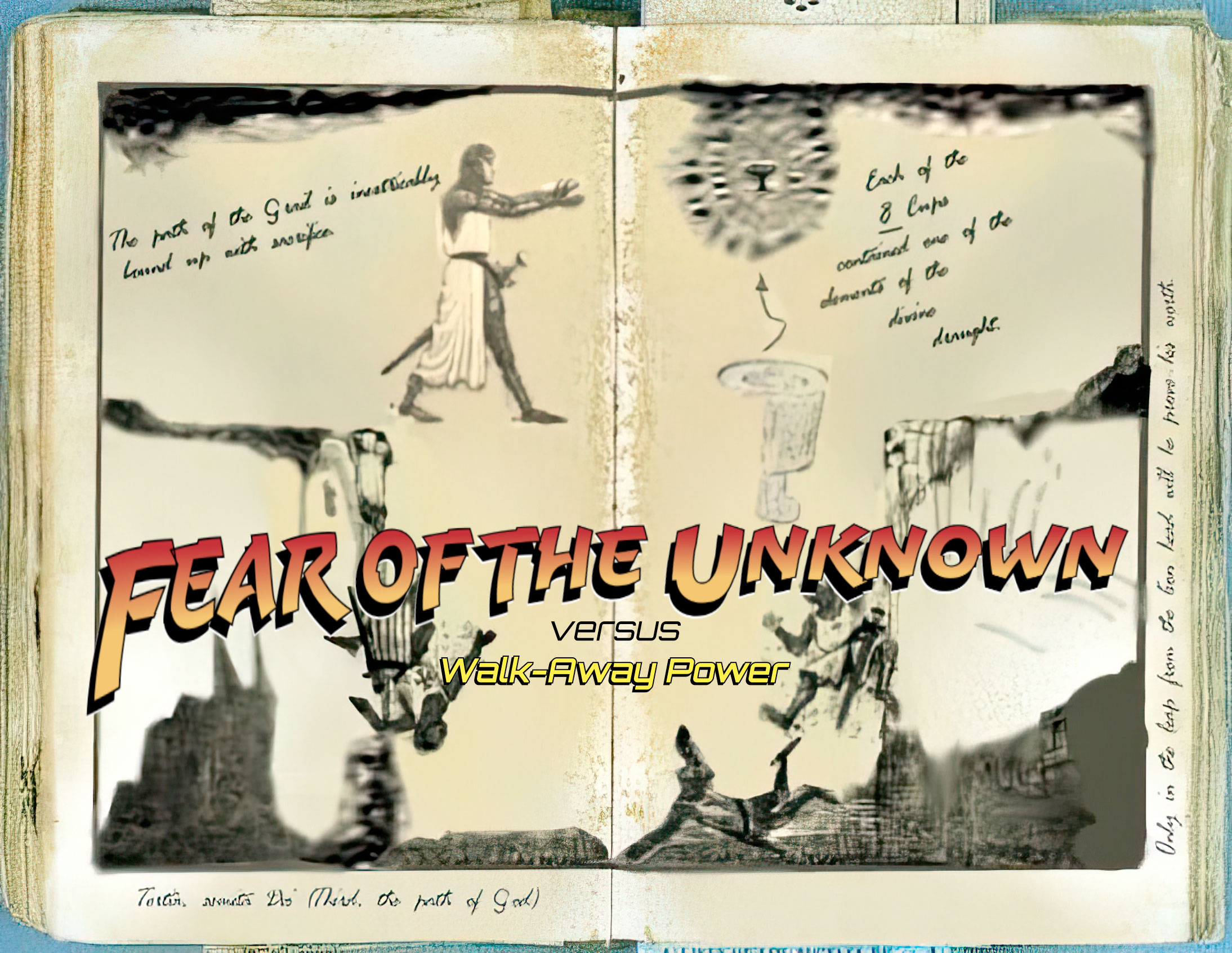 It has certainly been a while since I’ve posted anything, but these last several days/weeks/months have taken their toll and, although I don’t feel it while in the thick of it, there’s always something valuable to take away from it. Lately, I’ve dealt with the inner turmoil of balancing the fear of the unknown with maintaining walk-away power.

I want to preface some of the upcoming stories with this: I am not at liberty to disclose all of the details, but the important information is still there.

Fear of the Unknown

“Fear of the unknown” is fairly self-explanatory, but I want to break it down.

For me, it is a severe (almost crippling) case of the “what-ifs”.

A lot of people will say, “hope for the best, but expect the worst.” Most of the time, I never get past expecting the worst. I rarely hope for the best. Pushing 40 years old, that is just how my brain is wired. Sidenote: I’m not saying that I’m stuck there, but I am admitting what I know to be true about myself.

I will analyze a situation to death and none of the outcomes are ever positive in my imagination (except on rare occasions).

Again, this term is self-explanatory, yet I will tell you what it means for me.

A few years ago, I wrote a series of blogs one of which was called “The Power of ‘No’”.

This is very similar in that you, as a business (or even personally) have the option to walk away from any situation where you are feeling pressured into something.

Recently, Jacob and I were offered an opportunity that, on the surface, seemed like the kind of opportunity we’ve been looking for: consistent, recurring business on a weekly to monthly basis over a long period of time (let’s say 5+ years).

The job sounded good, until one of the conditions was put on the table. I can’t go into details, at the moment, but it was something that we were extremely uncomfortable with.

We declined and it wasn’t long before we were made a secondary offer. We were already uneasy, but the offer put the power in our hands to make the decisions that we needed to make and make the business relationship healthy. The farther along we went, the more uncomfortable we were. We can’t say whether the deal was bad or good, but we couldn’t shake the feeling that it was the wrong decision for us. In fact, our intuition was screaming at the top of it’s lungs that it was going to be bad for us.

So, we declined the job altogether.

Leading up to the refusal, I battled severely with the need to know that it was the right decision.

As if by some divine intervention, something popped up in my TimeHop the day after refusing the job.

11 years ago, I was faced with the fear of the unknown: I was leaving my full-time job where I was working with my uncle and grandparents, in an auto parts store. The money wasn’t great, but it was steady. I had been offered the opportunity to start shooting football highlights for my high school alma mater and it was going to require that I be gone 3-5 days a week (the job was 2 hours away from where I live).

I thought it was a dream come true. Over the course of the season, I would actually make more money doing that than I would at my current job.

At the same time, I was terrified. Could I do it? Could I really do as good or better a job than the previous video guy? Am I sacrificing my family to chase a dream?

I didn’t know, but, if it failed, I knew I could probably come back from it.

Looking back, I keep seeing the image of Indiana Jones making his leap of faith in The Last Crusade, right before finding the Grail. 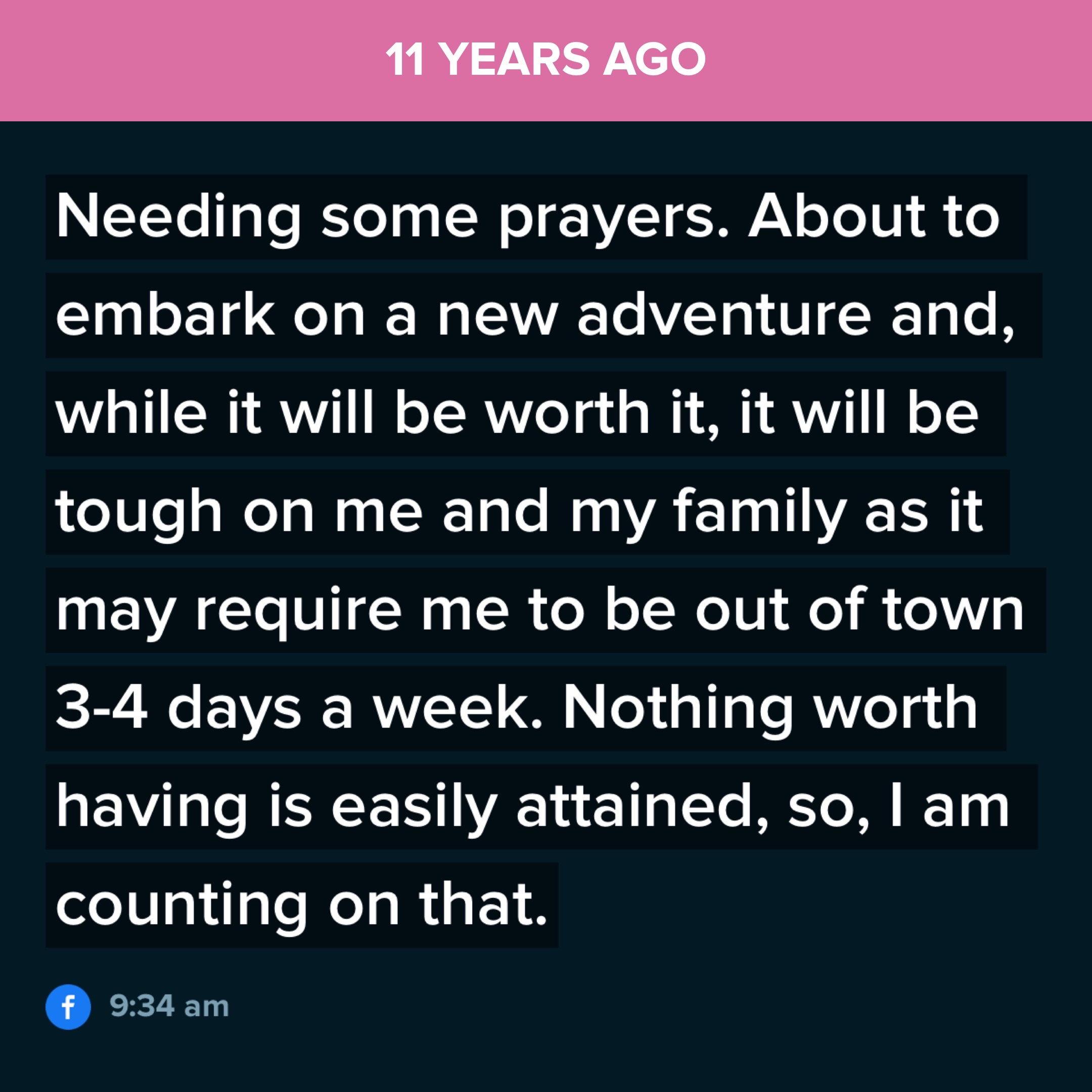 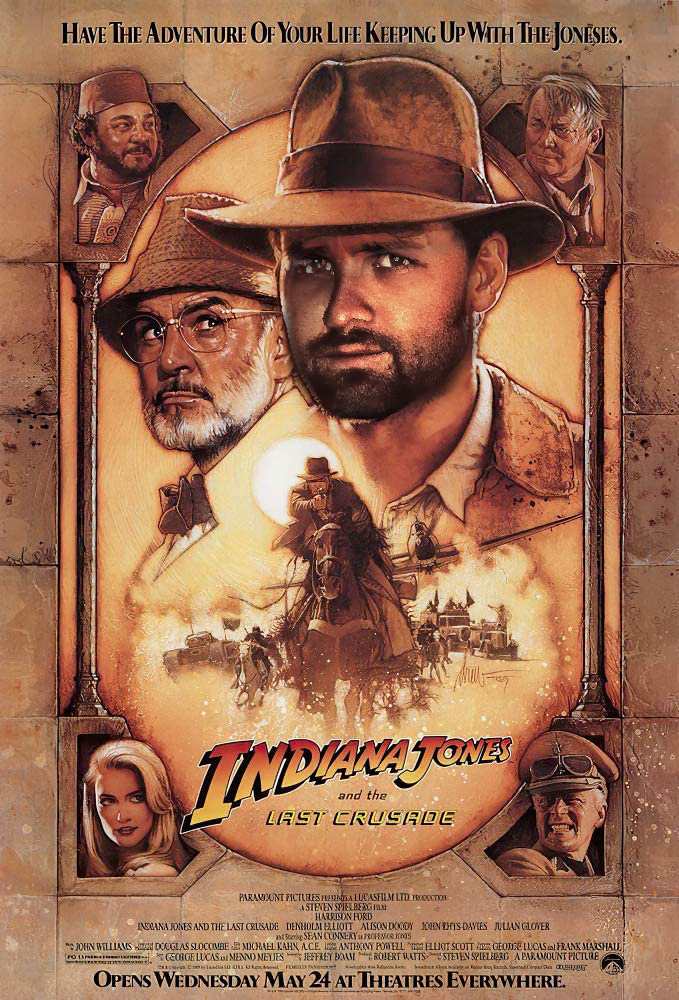 11 years later, in no way, do I regret leaving my comfort zone and taking that job. In fact, it was a lot of fun and I really miss it. Getting to travel with new-found friends; getting to stand on the sidelines of a football game hoping that I don’t get obliterated like some of the guys you see on TV; the adrenaline of being right there in the middle of the action; and the oh’s and ooo’s of the crowd when they heard the bone-crunching sound effects of a really hard tackle when the final videos were shown. It was a great experience.