Welcome to the second half of the Tenacious Talent Blog on the on screen talent of the WunderTRE(k) Brandfomercial! If you haven’t already read the the first half, read it here!

Josh Dansby – The Track Coach that made a small mistake

Josh Dansby is truly a one-of-a-kind guy. We first worked with him on the set of Cinema Sound back in the summer of 2016 and he’s been a part of the Hamil Bros team ever since. Well… at least until he got his new job. We’re not bitter… too much. This was actually, for the foreseeable future, Josh’s last job with us, which makes us sad, but he definitely went out with a “BANG! Oo.. OOOOOhh!!” We saw Josh act in a local summer production of “Fiddler on the Roof”, although we had on good authority that he could get pretty animated in front of a camera when urged. Our first use of his acting was in our short film,  “Curse of the Were-Pa!” Which we strongly urge you to go and check out! 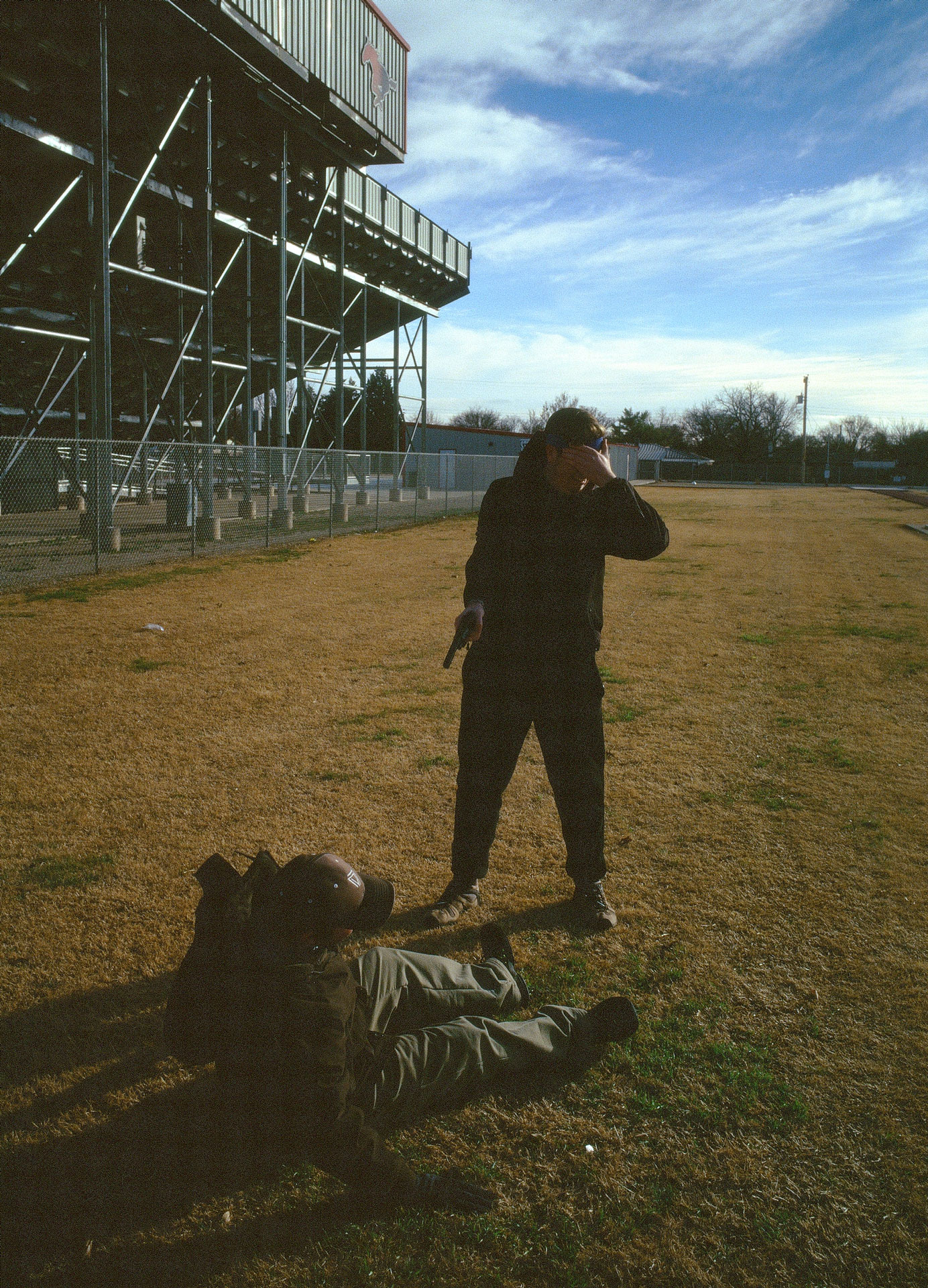 Josh jumped into the track coach role of WunderTRE(k) on a whim due to some unforeseen circumstances with other talent. We had it in mind to have the coach shoot someone off camera, but after that we had no clue what was going to happen on screen. It was really Josh and his enthusiasm on camera that somewhat disrupted the next shot after Coby runs down the track. Josh and Jacob concocted the background action by Josh coming up with the ideas and Jacob mostly formatting and organizing them. Josh rocked this shoot in front of and behind the camera. We’ll get more into his other on set duties in the crew blog.

“I find every role I play to be a massive exaggeration of my personality and having the freedom to be goofy, fun, and weird right along with the rest of the cast and crew made it an awesome experience! The environment fostered by the Hamil Bros is definitely one of imagination, silly jokes and excellent work and it was an absolute pleasure to be part of it!” – Josh Dansby

Jacob Hamil – The Unfortunate Timekeeper on the track

Jacob (seen above) played a LOT of roles in the WunderTRE(k) production, but we were not planning on him actually showing up in the ad. But, he’s always on set, so he sometimes gets thrown into the mix. This project was no different. We didn’t know until we were on set that this was the course of action we were going to take, but we definitely feel like it helped the comedy of the ad. Plus, there is a a hilarious take, that the framing looked a little… different than we expected. The onscreen comedic chemistry between Jacob and Josh worked so well, we had to use it. Although we did alternate takes where just Jacob was dead in the background.

“I’m writing this blog so I won’t give a formal quote, but I will say this. I’m no rapper, I find it emotionally and mentally conflicting to speak about myself in the third person.” – Jacob Hamil

Ross got to know Steven through church and originally our only plan to utilize Steven was as our Pyrotechnics coordinator for the “Voodoo Doctor” scene. But, we dragged him into being a big baby on camera. It wasn’t hard for him to get into character, *wink wink*. We really appreciate him stepping up and jumping in front of the camera due to conflicting schedule for the original talent for that cast position. The scene was fun, but him being who he is as a willing individual really saved our bacon and made for a great scene. 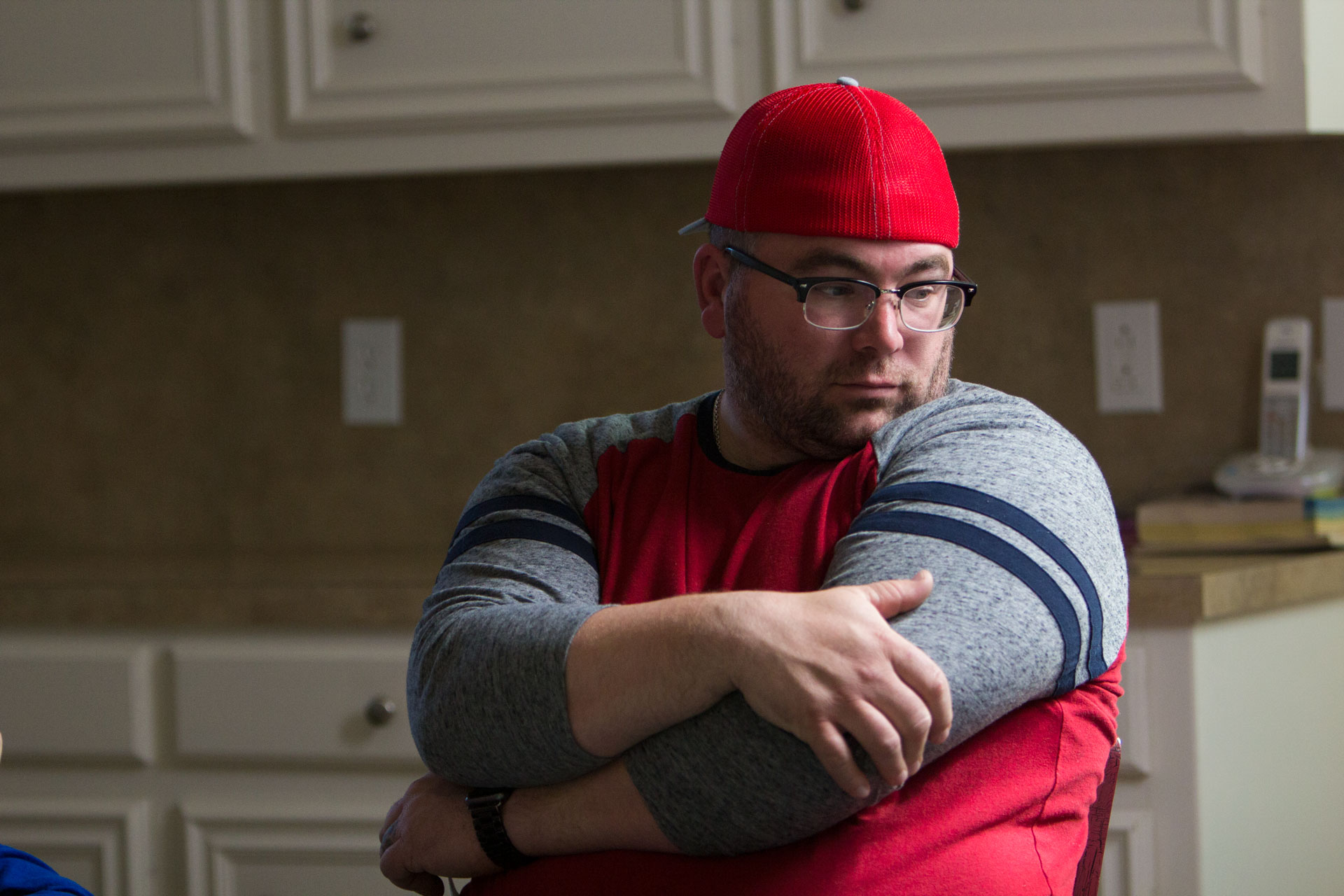 “I was a bit nervous being on camera for the first time, but I do have to say Ross knew exactly what he wanted and was very professional about making it happen. It was wonderful to work with children who just make a person want to smile. Overall it was a wonderful experience and I would be happy to throw something on camera for the Hamil Bros again.” – Steven Bailey

Bella and Ben Hart are Matthew Hart’s Children. Matthew, as you hopefully understand by now, is the COO of WunderTRE. He told us his kids were more than capable, and not to his discredit, but we understand that people go into what we call “Video Mode.” “Video Mode” is the untrackable reaction people inevitably experience when being put in front of a camera. A good explanation of this manifestation is putting someone EVERYONE knows is a largely extroverted in front of a camera and they suddenly become incredibly shy and awkward. So, as much as Matt told us his kids were going to be great, previous experience weighed its opinion on the matter. 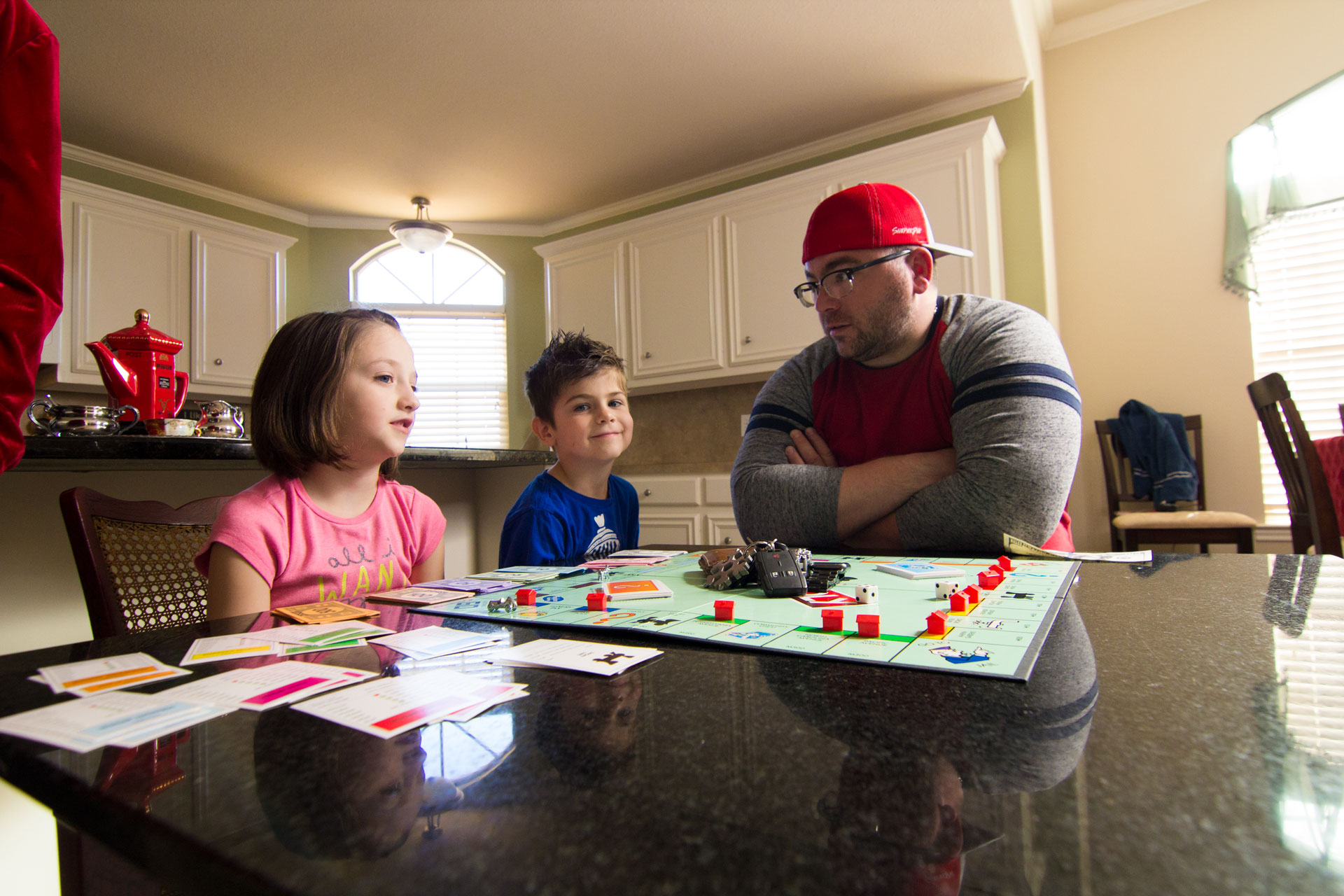 It took some coaxing, but Ross did a magic job directing these kids. Ben had the easy part of playing the muscle and making sure that Steven ponies up when Bella tells him to. One of the sweetest things that took place during WunderTRE(k), which is also a major testament to their great parenting, was that it took a LOT of convincing to get Bella to talk smack to Steven because she didn’t want to be disrespectful to an adult. We had to put a tennis ball on a light stand just past Steven’s head, off camera that Bella could be sassy to. Finally, she got comfortable and the sass did flow, being the result you see in the ad. These kiddos were so well behaved, we really can’t wait to get them on set again!

Natalie Weaver – The Model Who Agreed To Be “Nerdy Talked”

I think it’s fair to say that Natalie Weaver is now a long time friend of ours. I believe she’s been working with us since early 2016 and her first project with us was a project that shall not be named. Since then she acted in a short film that was part of the Cinema Sound Audio Education Course, our first Super Bowl ad for AODC in Midland, Tx, and our 2018 Valentine’s Day short film, “Date Night”. To this day, there’s never been any difficult dealing with Natalie, she’s got the valuable attitude of “Just tell me how you want me to deliver.” Natalie has been a wonderful friend to Hamil Bros Studios and I know that she’ll continue to be for years to come. She’s wildly talented and generally brings up the average looks in any given frame, especially those shared with Jacob. 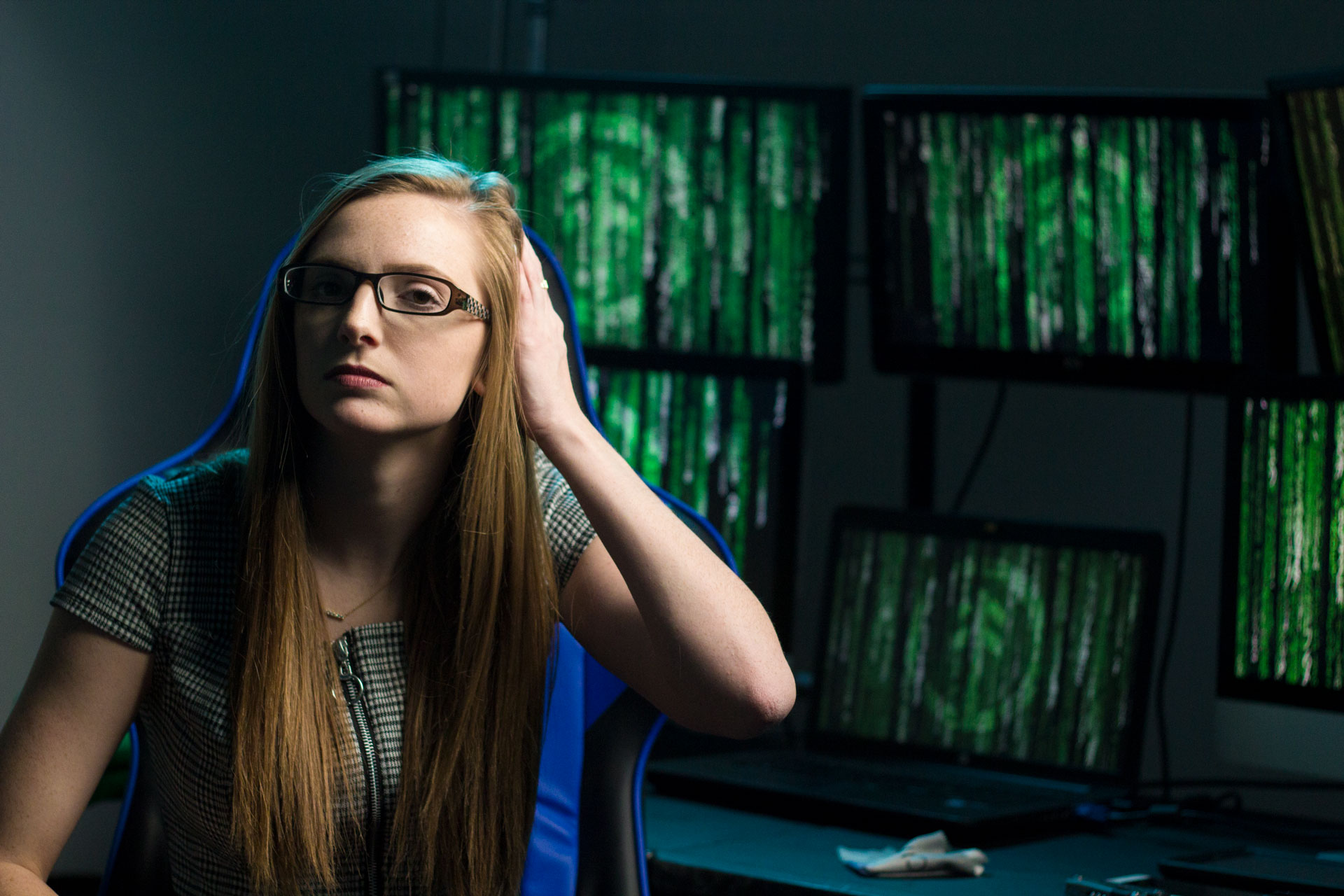 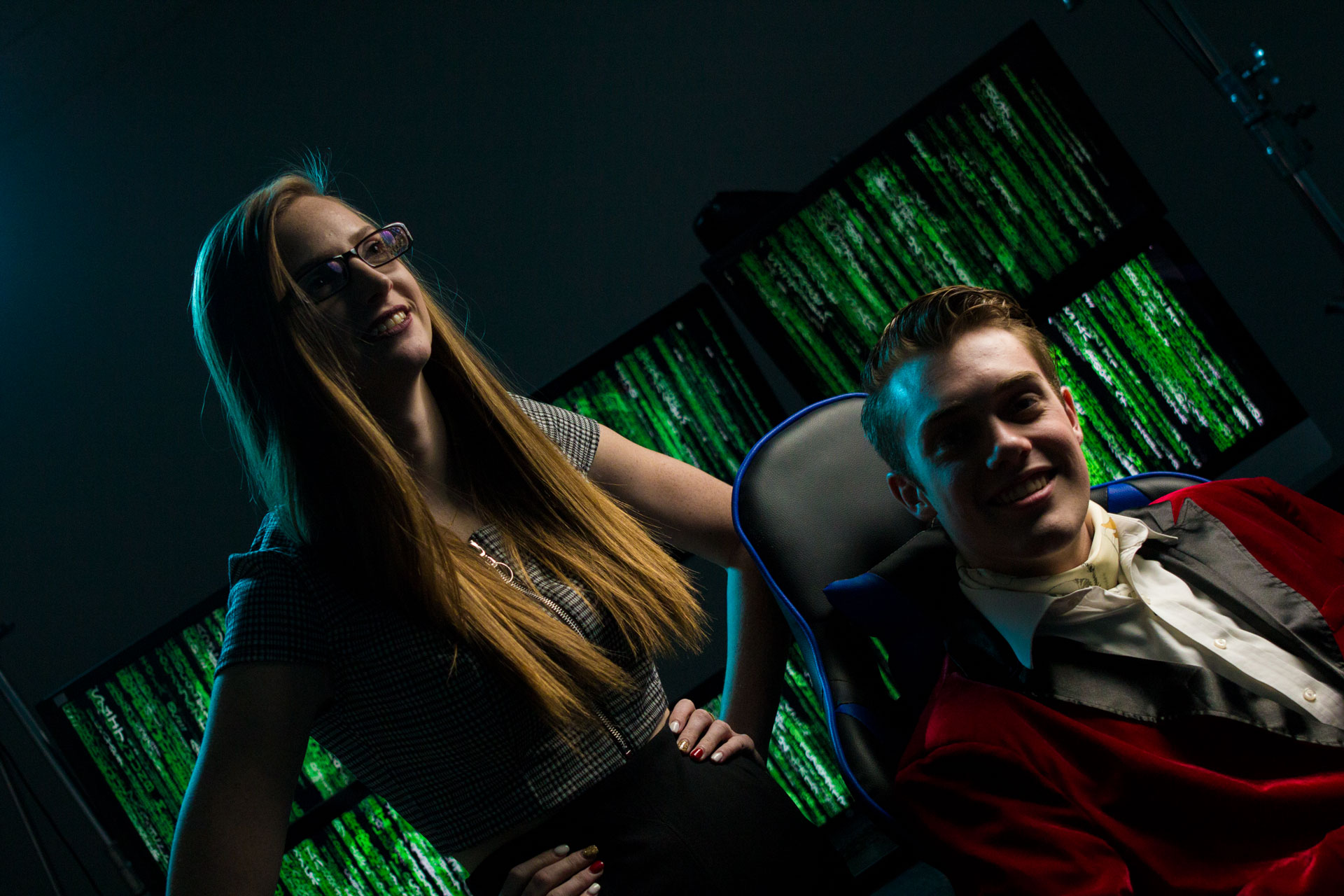 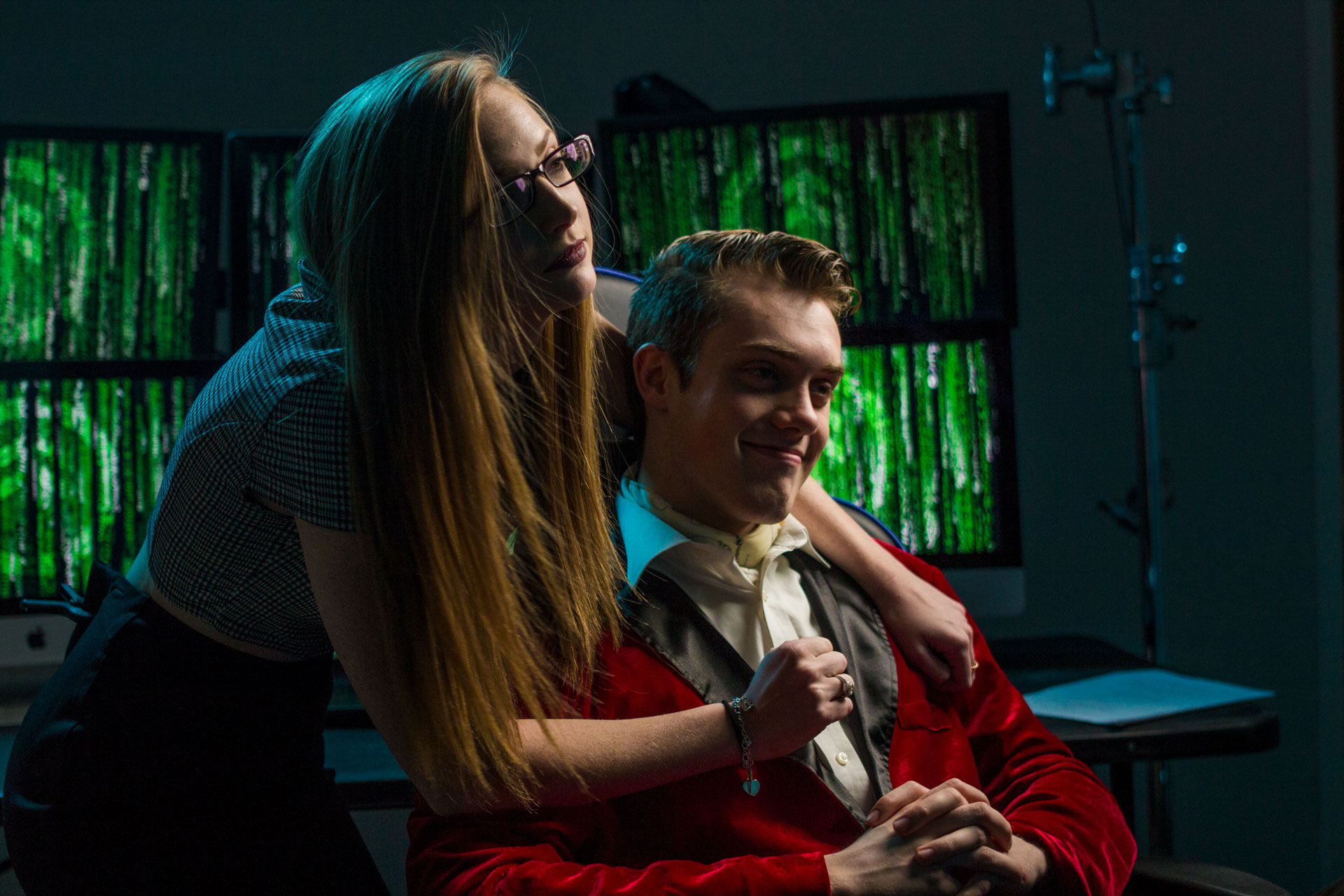 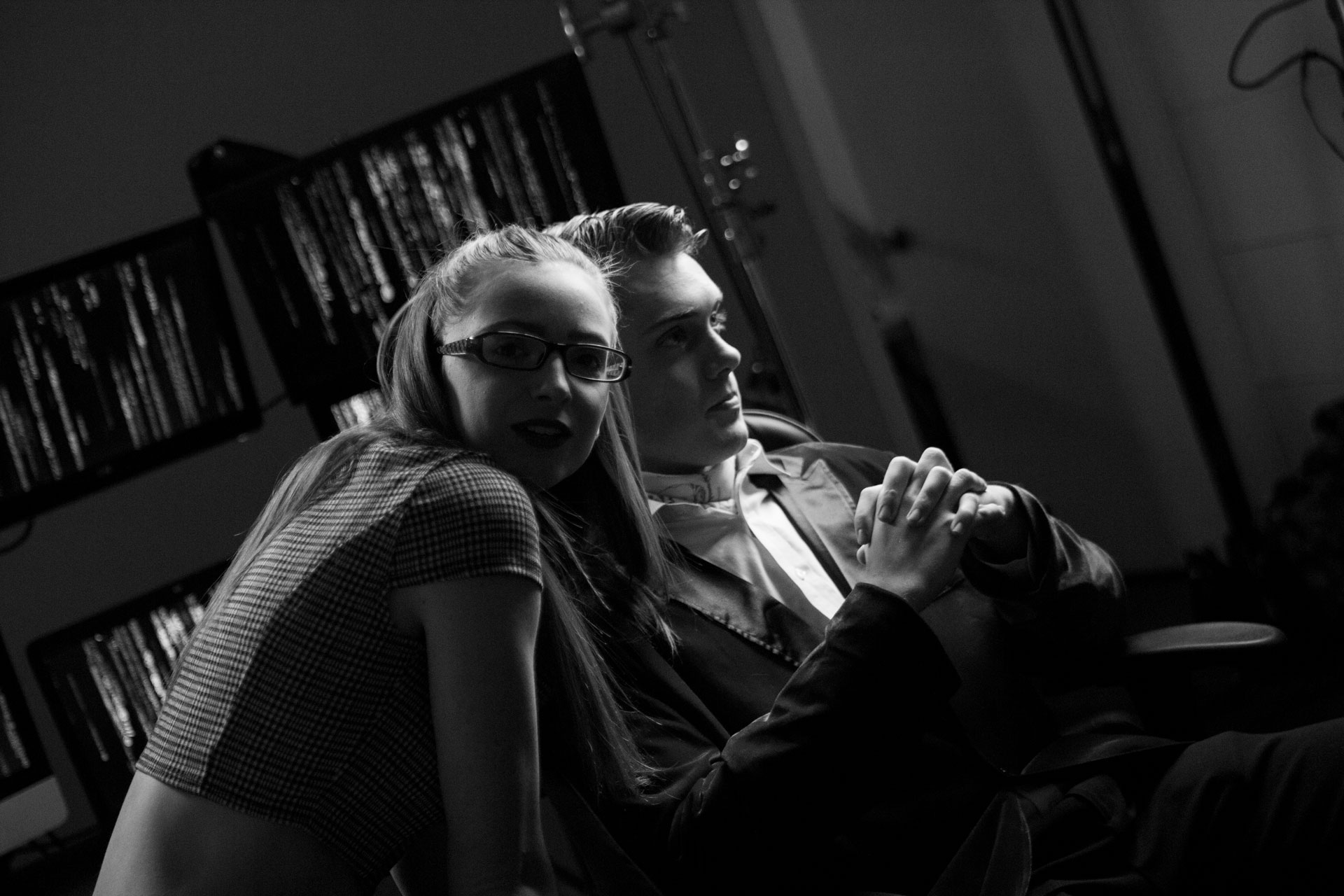 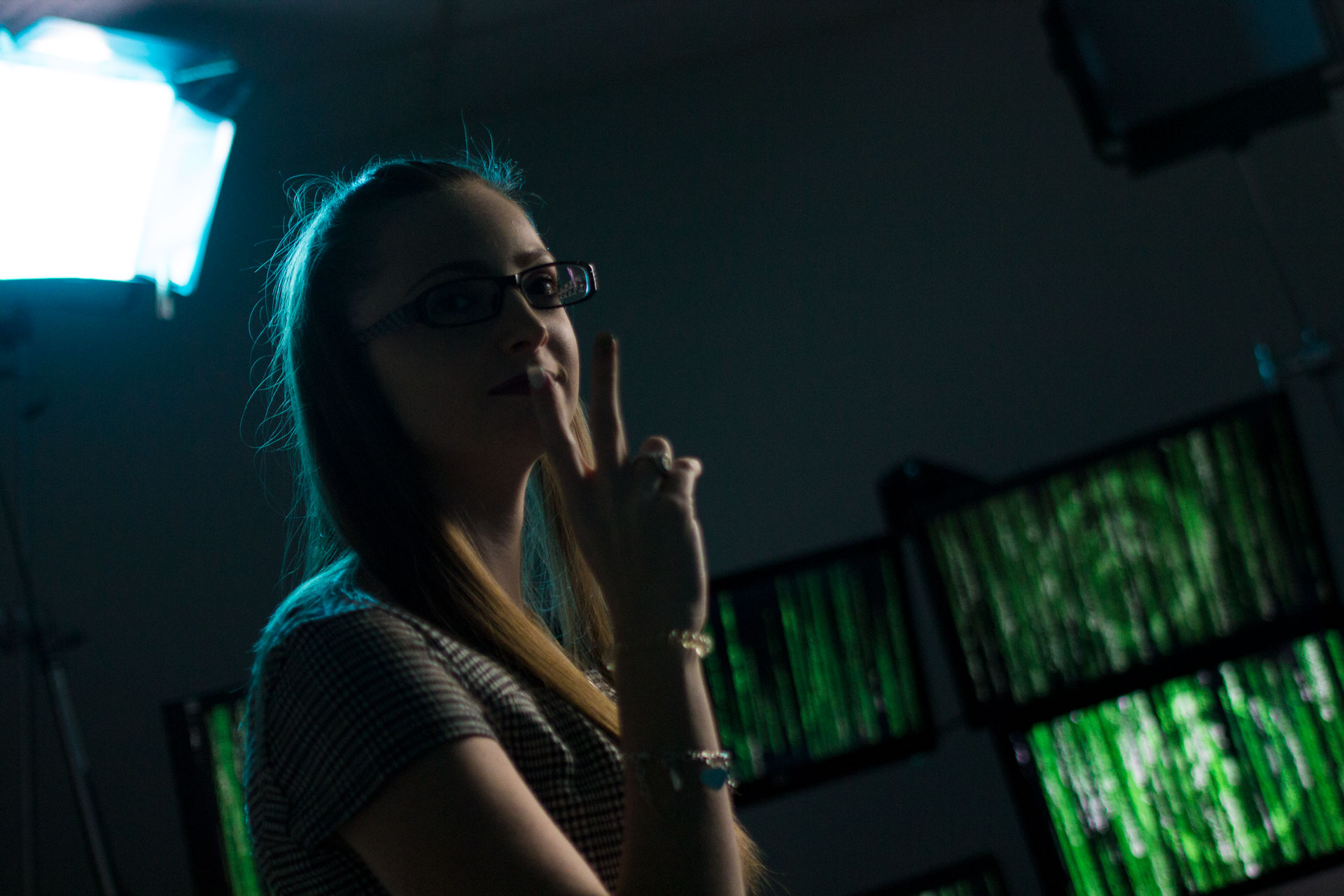 That wraps up the wonderful WunderTRE(k) cast blog! If you want be notified about these as soon as they drop, make sure to turn on post notifications for our Facebook, Twitter, and Instagram! If you’d like an update every once in a while from us, make sure to subscribe to our “Key Frames” Newsletter below!

This newsletter is what you want to really sleep well at night. Just kidding! Sign up and keep up to date with our newest blog posts!