Oculus Connect 4 with Untitled No. 9 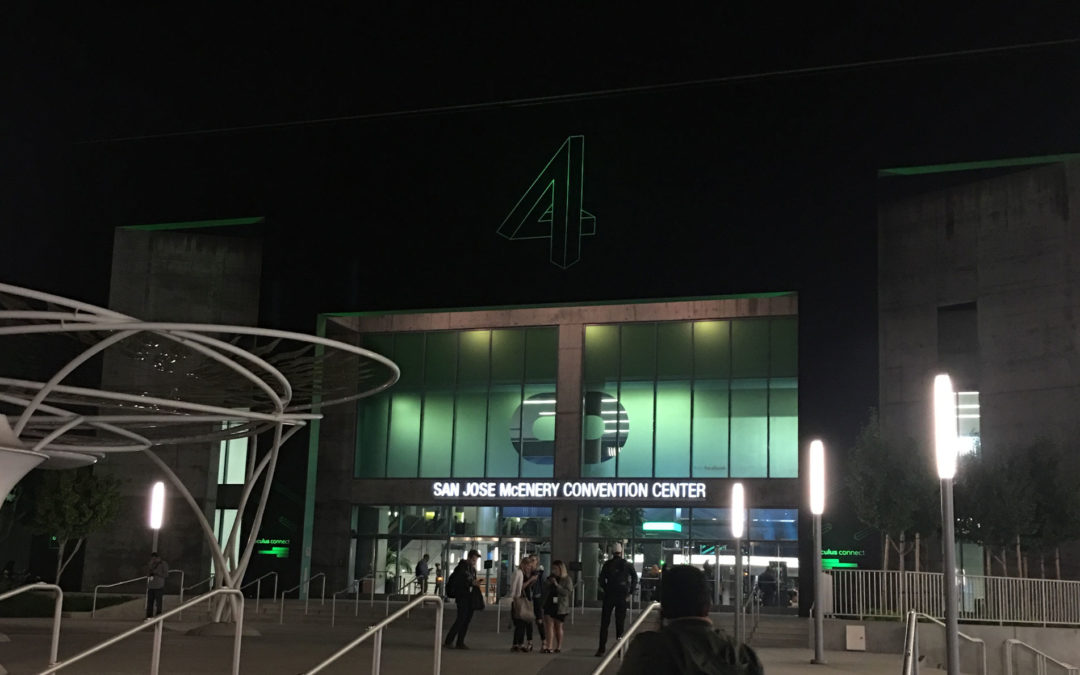 WHERE HAVE WE BEEN?!

What a week and what a month it’s been here for us at Hamil Bros Studios. You may have noticed we’ve had a bit of radio silence. Lots of projects and lots of planning and our blogging has fallen to the wayside. So here’s a little breakdown of what happened last week.

Over the last 9 months or so we’ve cultivated a relationship with a fantastic company, Untitled No. 9 (UN9), based out of Portland, Oregon. In April, I was pulled onto a shoot there to be the 1st AC (assistant Camera) where I was in charge of pulling focus, swapping lenses and batteries, and balancing our MoVI pro after those adjustments were made. 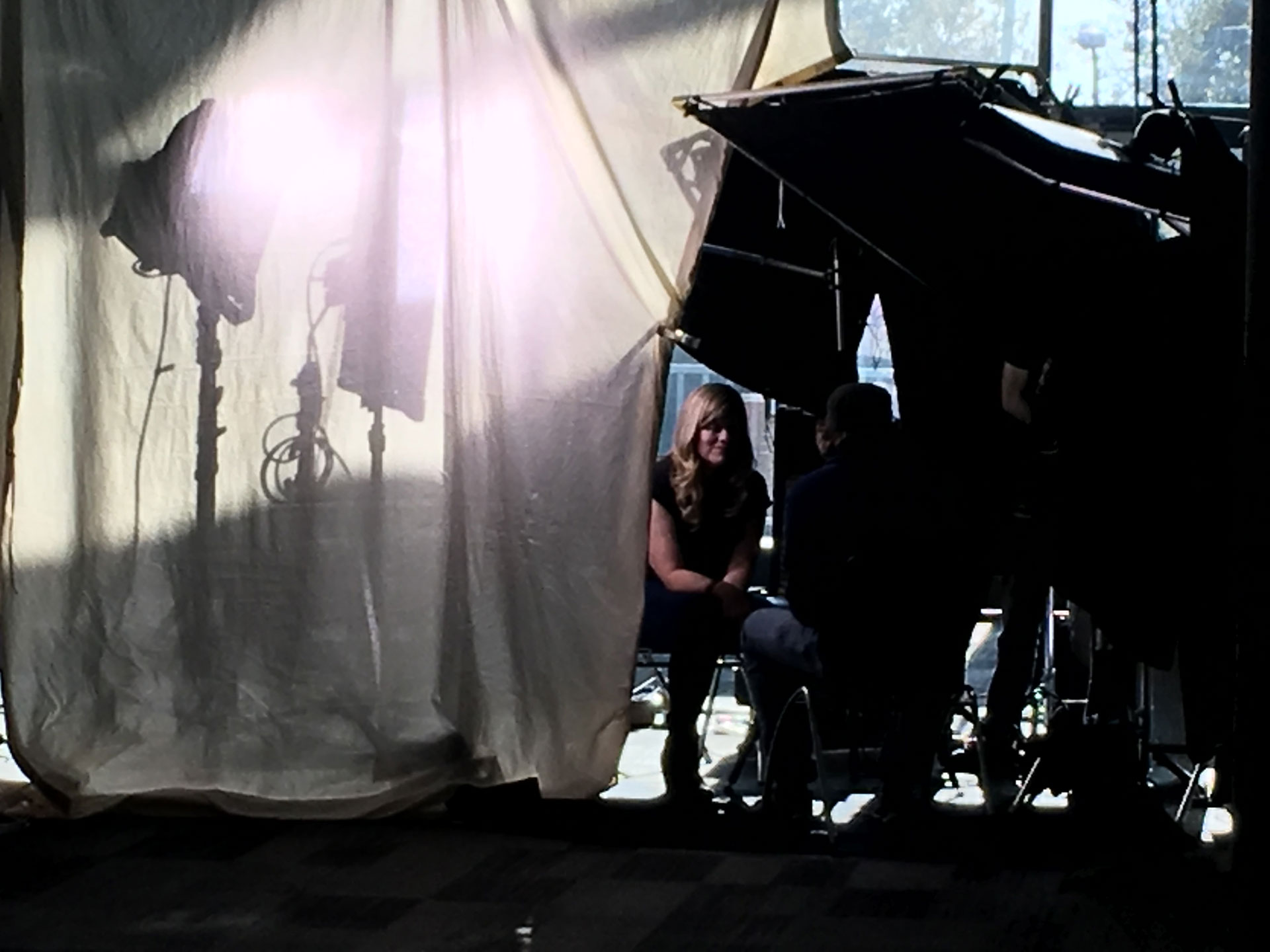 About 2 months ago, JC Ford, Owner of UN9, contacted us to see if we’d be interested in taking a trip to San Jose, CA to shoot a technology conference with the Untitled Team. This wasn’t just any tech conference however, it happened to be a virtual reality conference for Oculus who makes the Rift. UN9 has been working with Oculus over the last few years to create game developer highlights for different VR gaming companies and part of that is shooting Oculus Connect 4 (OC4). This year was the second year they’ve tackled this conference and they decided to up the game for Oculus and offer a larger team. Thus resulting in an email to us.

Teamwork can make a Dream work

This was an incredible opportunity that we had a blast on! I think we could break our team of 9 into 4 separate sub-teams. First came the sitting interview team. Directed by JC herself, our team consisted of our director of photography, Thomas Sigurdsson, Myself as the Assistant Camera/ Crowd Control, and sound recordist, Joey White. Our directive was to shoot 8-10 interviews with different game developers across the two day conference.

Our Second Unit consisted of Second Unit Director Michael Cross and Second Unit DP, Ross Hamil. They were tasked with (and epically kicked butt at) the “man on the street” style interviews. They would pull aside different attendees and ask them different questions to, in the same day, edit into OC4 updates for social media. They also shot B-roll of the demo rooms and general conference goings. 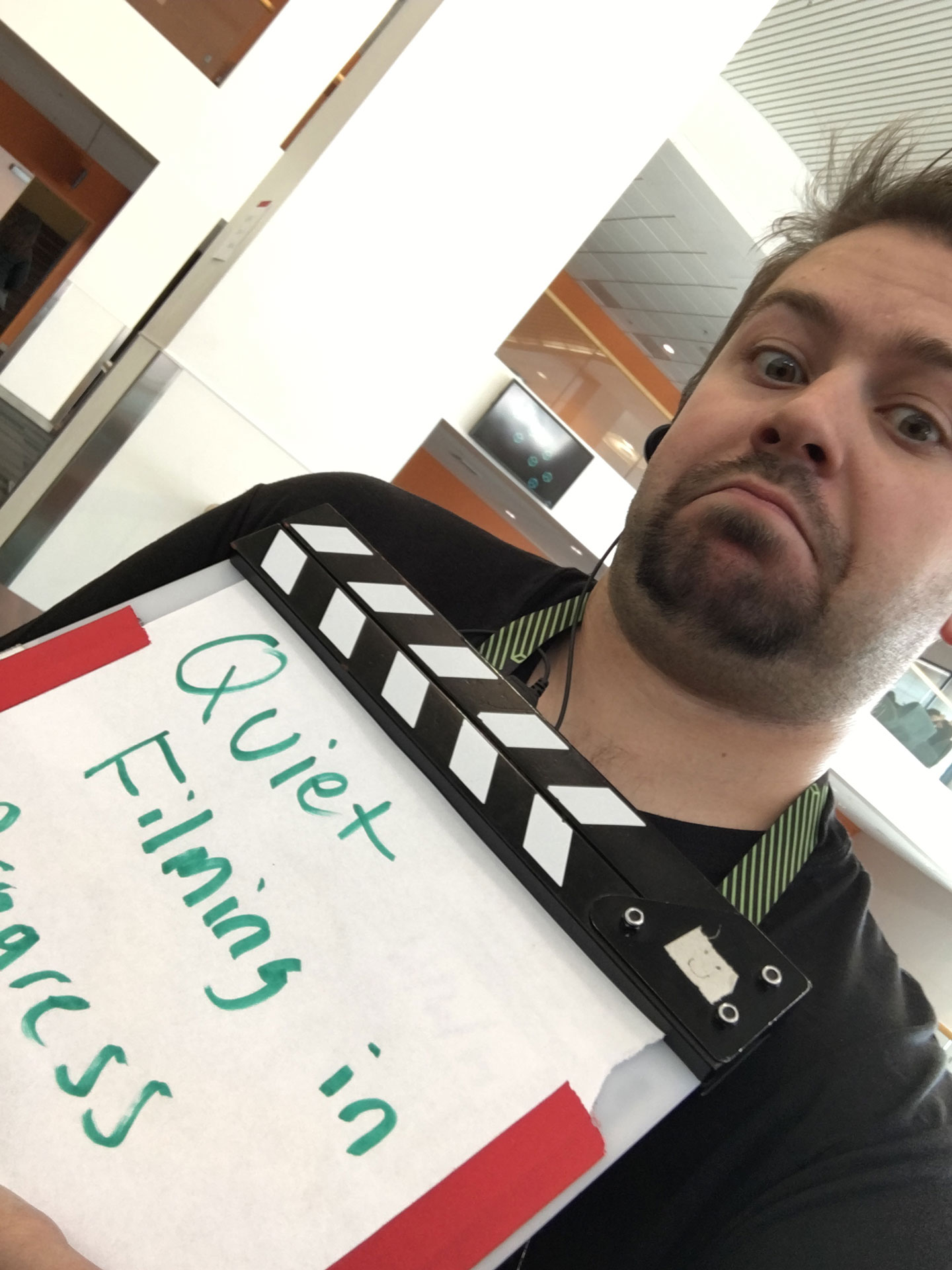 Which brings me to our third team, post production. When I say team, I mean one wizard, Mark Hovland. Mark is EPIC and he was consistently being dropped camera cards all day, dumping the footage, making sure it backed up to the redundancy drives, then editing like only a wizard can, and delivering these short videos for upload to the Oculus Developers Facebook Page.

Last, but not least, we had our still photography team consisting of Alex Fuerst and James Conlin. I didn’t personally get to see many of the photos they shot and edited, but I can tell you what I DID see was GORGEOUS. They shot photos of EVERYTHING including general interaction photos, keynote speakers, tons of epic imagery from the demo rooms, etc. I hardly ever actually saw them, because they were busy working their butts off. 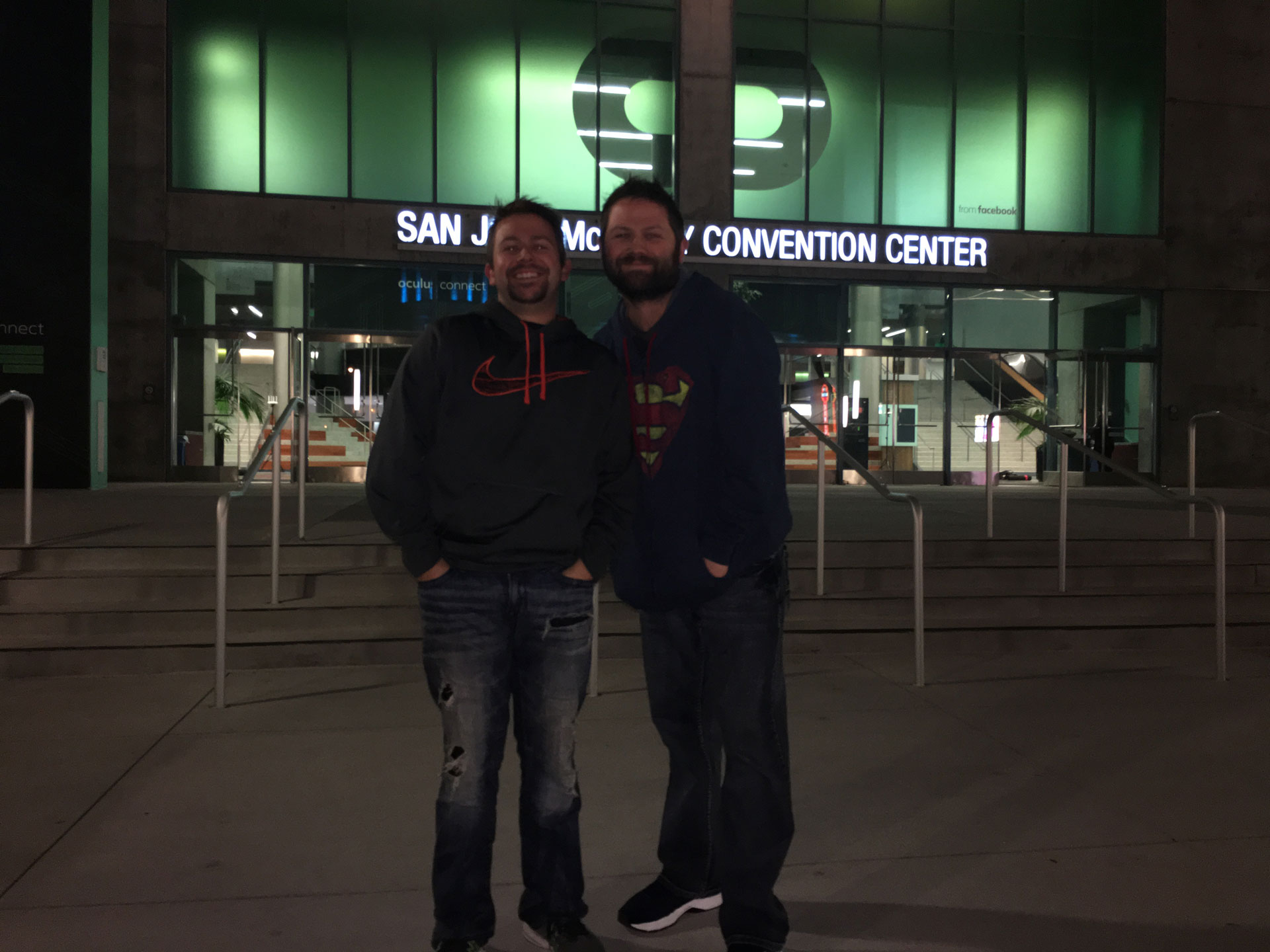 This was our first experience being part of a much larger team and the experience was intense, but awesome! You know you’re in for a treat when you get to the conference and the conference center has re-faced the front of the building with the conference branding, your hotel room key says “Oculus Connect”, and the front lobby has been re-painted to reflect conference branding as well. The most satisfying part for me was creating new relationships with some team members and strengthening old relationships with others. It was a cool trial run for another upcoming semi secret job we have coming in the next two weeks! 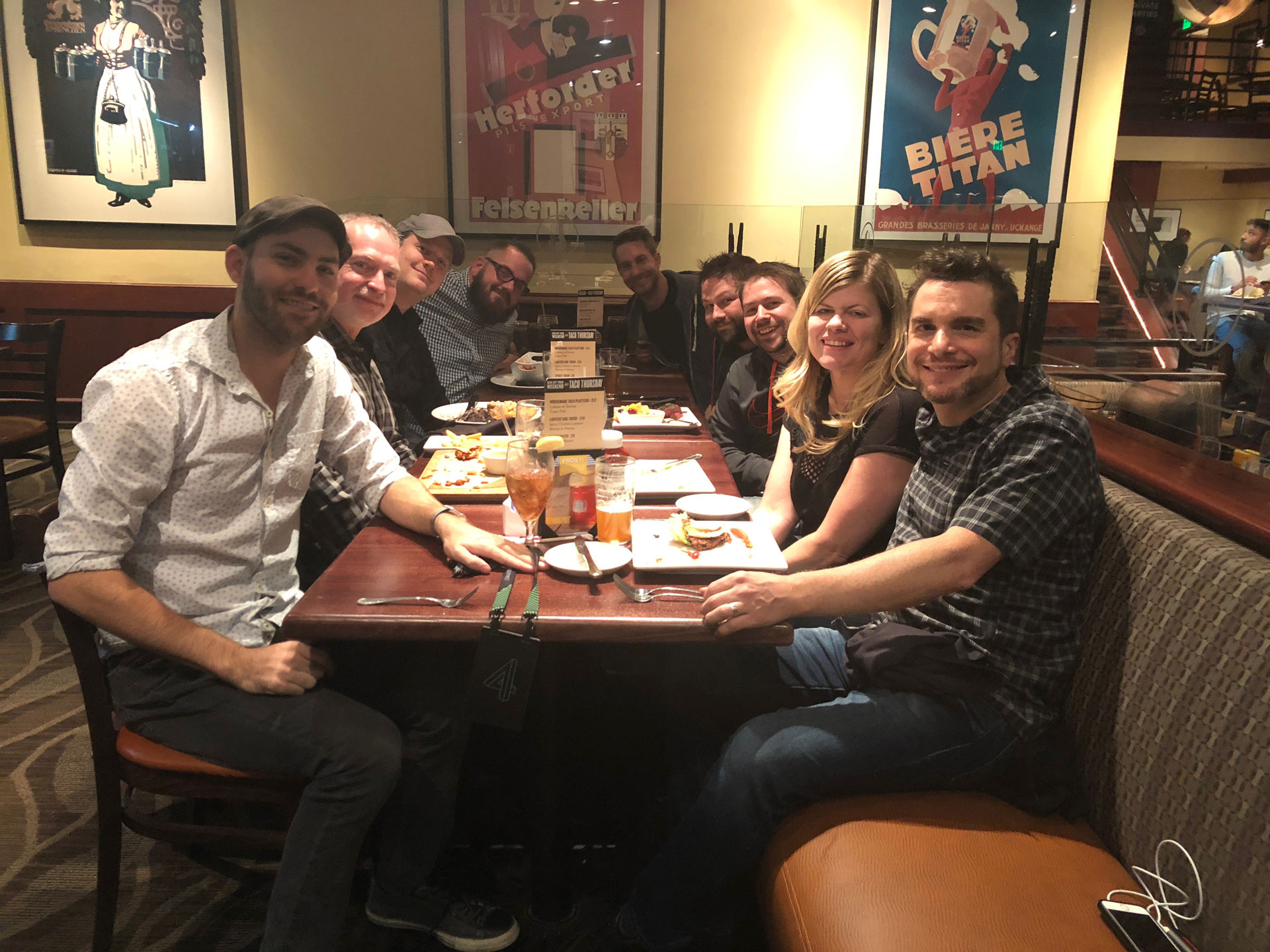 In order of appearance front to back