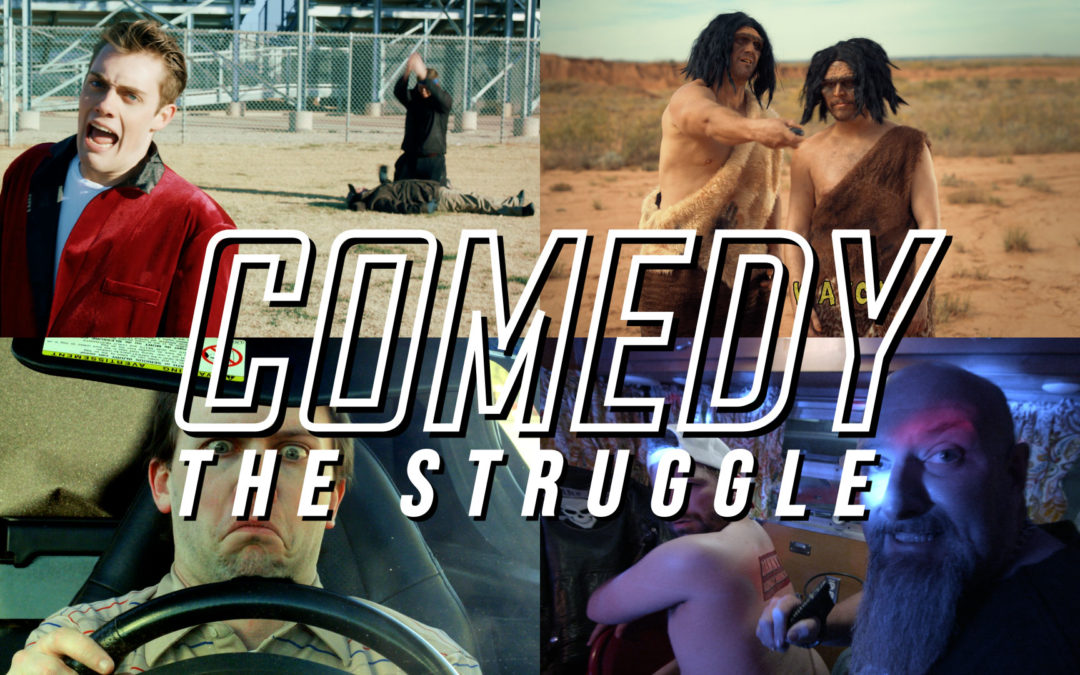 We get varied responses to ideas that we have. When it comes to comedy, a lot of people are hesitant because they feel like the ideas are “Cheesy” because they’ve seen local ads get slaughtered on TV and they’re afraid they’ll look stupid to the public. So much comedy comes in the execution. You can tell the same joke the same to two different groups of people, with all the same inflection, and it may fall flat with one group and not the other. I know I have struggled with joke telling in public because I do REALLY dumb things like forget the punch line or worse, I STUTTER. Stumbling on words or stuttering, unless you’re that famous stuttering comedian, can kill a joke. Let me dispel some of that fear. You may not have the imagination for what we’re going to do. There’s nothing wrong with that, but I can guarantee you, if I put some of the most popular comedic ad campaigns in front of you on paper, you’d read them, scoff, and say, “That’s really stupid.” Don’t let your lack of imagination hold you back from having something great that sets you apart from your competition. For instance, “We’re going to sell garage doors using cavemen.” Thank goodness this amazing client understands us enough to go with the flow.

The Struggles of Comedy

I think comedy is one of the highest forms of entertainment. That’s definitely the truth in my book, I’m always about laughing, and if you’ve ever been with me anywhere I think something is funny, you’ll hear it really quickly, because I’m heard in several surrounding counties when I laugh. Why is there a struggle? Well, like I mentioned before comedy relies more on execution than just saying something funny. A lot of times, the joke is not inherently funny, but the situation in which the joke happens can be. For example, you’re in a funeral, wedding, or a church service, why are things that wouldn’t normally be funny somehow EXTRA FUNNY? It’s due to the situation you’re in. Conversely, you can feel like you’re about to grand slam a joke and it crumbles before your very existence in the presence of all your friends, not unlike a Thanos Snap.

Why are people so scared of comedy in advertising? It’s pretty simple! We’ve seen a LOT of horrendous advertising since visual media came into existence. Just think about “White People in Infomercials” or any of the local TV station ads that attempted something funny and it felt flat and awkward. We thrive in the execution. We grew up watching the BEST of the BEST in comedy execution: Mel Brooks, Leslie Nielsen, Johnny Carson, etc. We’ve got the portfolio to assuage all doubts on whether we can execute or not. Just ask for it!

You’ve seen the examples throughout this blog of our work and how we know we can execute. If you want to take the funny route, give us a shout! Don’t judge me, it was an intentional rhyme.