In this blog, we’re going to talk about all the on camera talent that really brought WunderTRE(k) to life. Honestly, this project would have never made it off the ground if it wasn’t for the amazing cast that put this project on track.

I don’t leave much up to chance, but Ross and I are both of the opinion that re-meeting Coby was most definitely a “God thing.” We actually grew up in Odessa where Coby’s parents, Toby and Jessica Rogers, also lived at the time. We all went to church together about 16 years ago or so. We had met Coby but he was still very young when they decided to move to Lubbock. Out of sight, out of mind. Fast Forward to December of 2018. We were hired by Frenship High School theater director, Jake Lierman, to capture his fall semester musical, “Anything Goes” by Cole Porter. We decided to sit in on a rehearsal, just so we could get an idea of the blocking of the show. During that rehearsal, about 10 minutes into the show an Englishman is introduced. He’s tall, pale, and incredibly talented. He has a fascination with American culture although he gets many of the idioms wrong. Ross and I were sobbing from laughing so hard. Also, while we were at rehearsal, we ran into Coby’s Mother, Jessica Rogers. 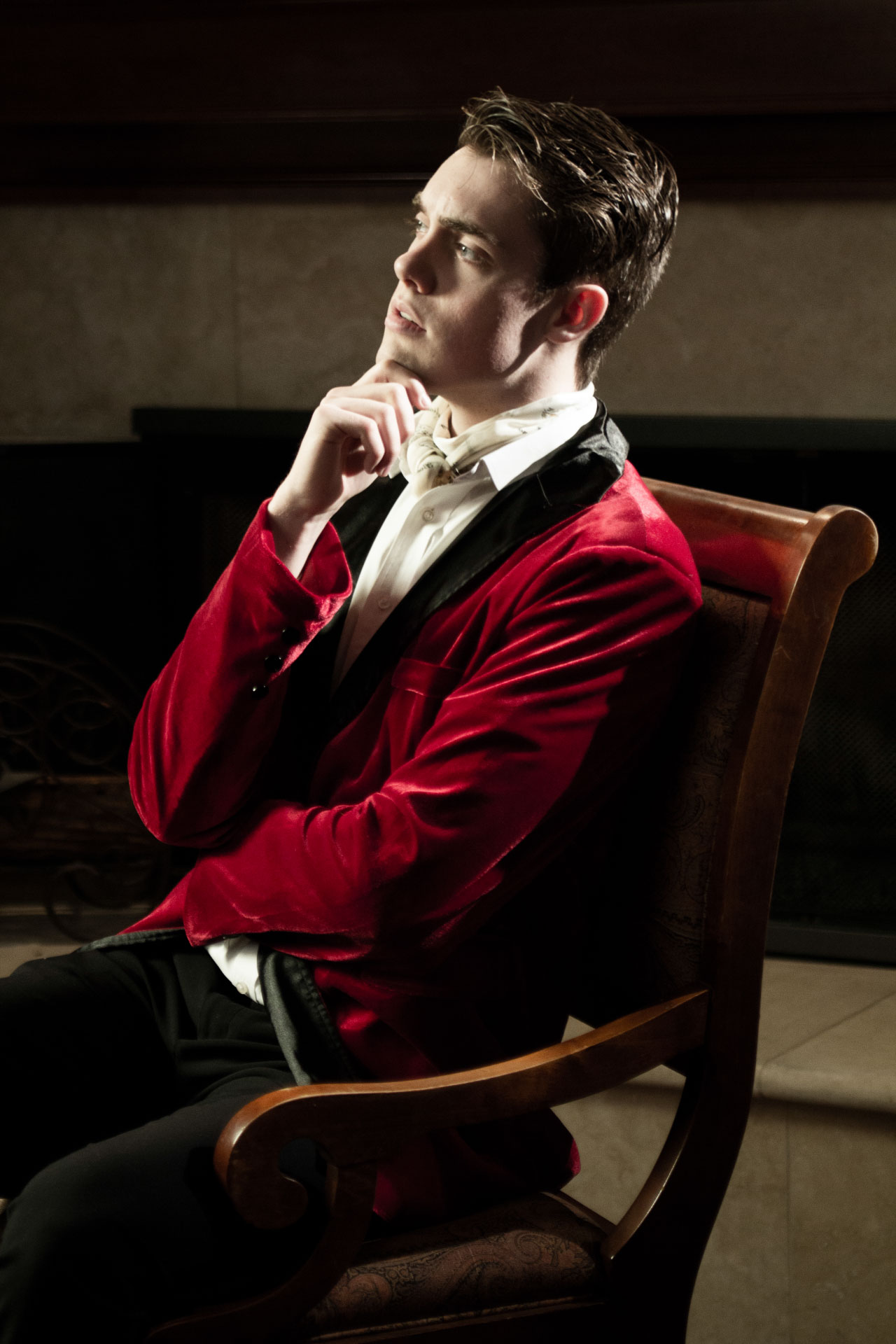 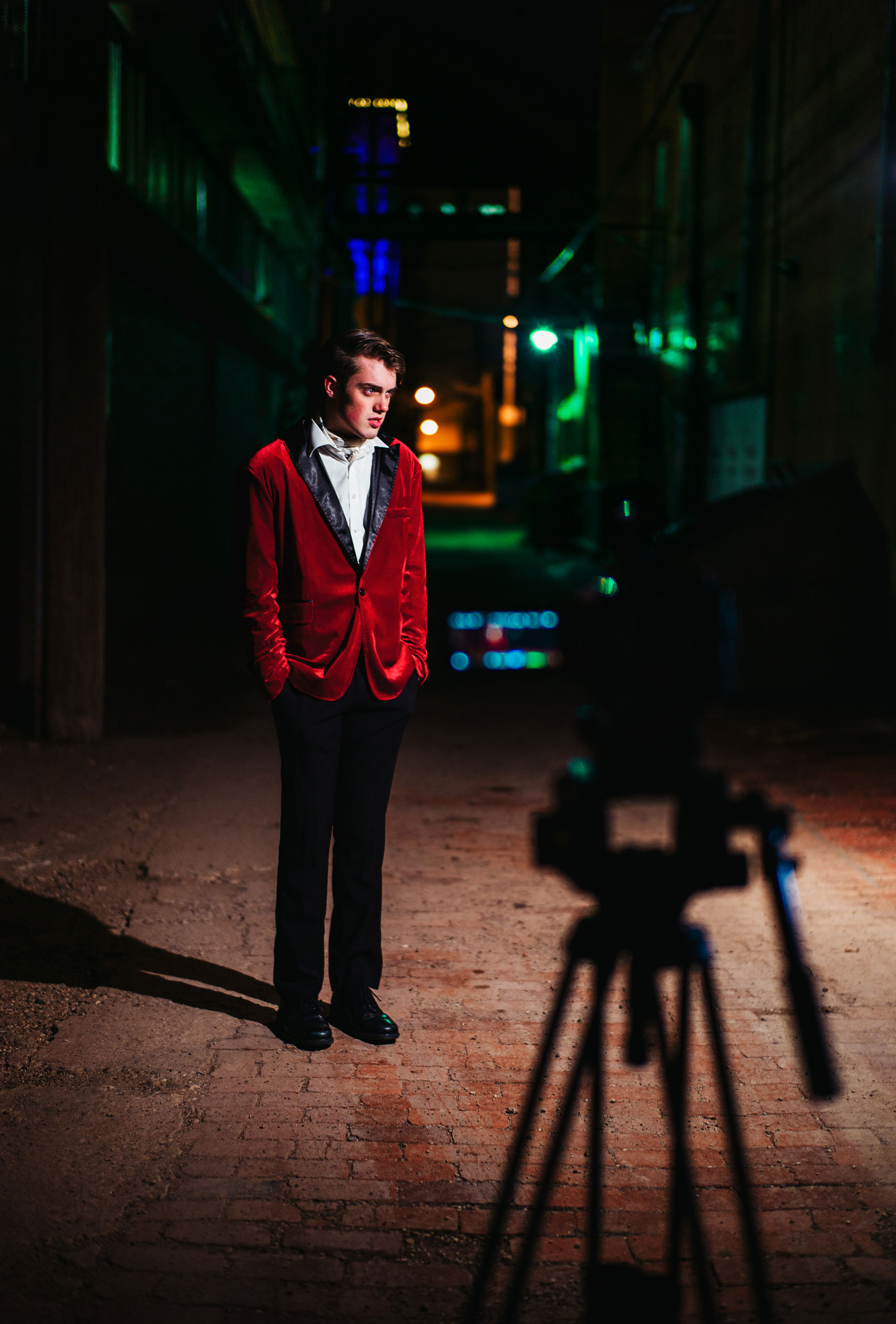 She told us Coby was the Englishman and we were SOLD. We explained to her that we’d like to utilize him in a project (although the one on our brains at the time wasn’t WunderTRE(k)). She said he’d most likely jump at the opportunity because he’s hungry to act in anything and everything he can get his hands on. During the post production of “Anything Goes”, we derailed the initial shoot for what would be named WunderTRE(k). Ross wrote up our script and we showed some footage from the show to Matt and Ryker, they were sold, too. We had one small step to take into account: we hadn’t asked Coby if he wanted to be in the brandfomercial. I’ll never forget texting him some time just before Christmas and explaining the project to him. We waited… and waited… and waited some more, with no response. Now, to be clear he did respond some hours later, but when you’re in the crunch we’d put ourselves in, time was of the utmost importance. Finally he responded, “I’m in.” From there, we had him come do a table reading, which he squeezed in among his rigid school finals schedule, and we didn’t need anything more. As you’ve seen, he was GOLD.

Ian has been a more recent addition to our projects. His first appearance was our 2nd round of Super Bowl Ads for Affinity Steel. If you saw those, you know he’s more than capable on camera, and like Coby, he’s ready and willing to work. Ian’s character, the Voodoo Doctor, is essentially why the WunderTRE(k) ad exists in the first place. Like we mentioned in the initial project post for this Brandfomercial, we derailed the original project with the phrase “Digital Marketing is like Voodoo Magic.” At that point literally, both Ross and I had the same mental vision of a whip pan to a voodoo doctor chanting over an open fire, throwing something into the flame to make it blow up, and saying in a VERY casual accent, “That will be a thousand dollars.”

If you think, “Wow! That’s wild they have nearly the EXACT SAME THOUGHT!” You’re in luck, because that’s just how we roll. Come spend some time with us on set and see for yourself. We knew we definitely wanted Ian to be the Voodoo Doctor if at all possible, and of course, he obliged. He brought that character to life. A little side note, it’s ironic that the scene that put us on this wild TRE(k) was the final footage to be shot for the project. Cool, huh?

“When I got the message from Hamil Bros asking if I’d like to play the part of the witch doctor I was already excited. Throwing gunpowder into some fire was just a bonus. The only concern was the potential of the wig I was wearing bursting into flame.” – Ian J Lawrence 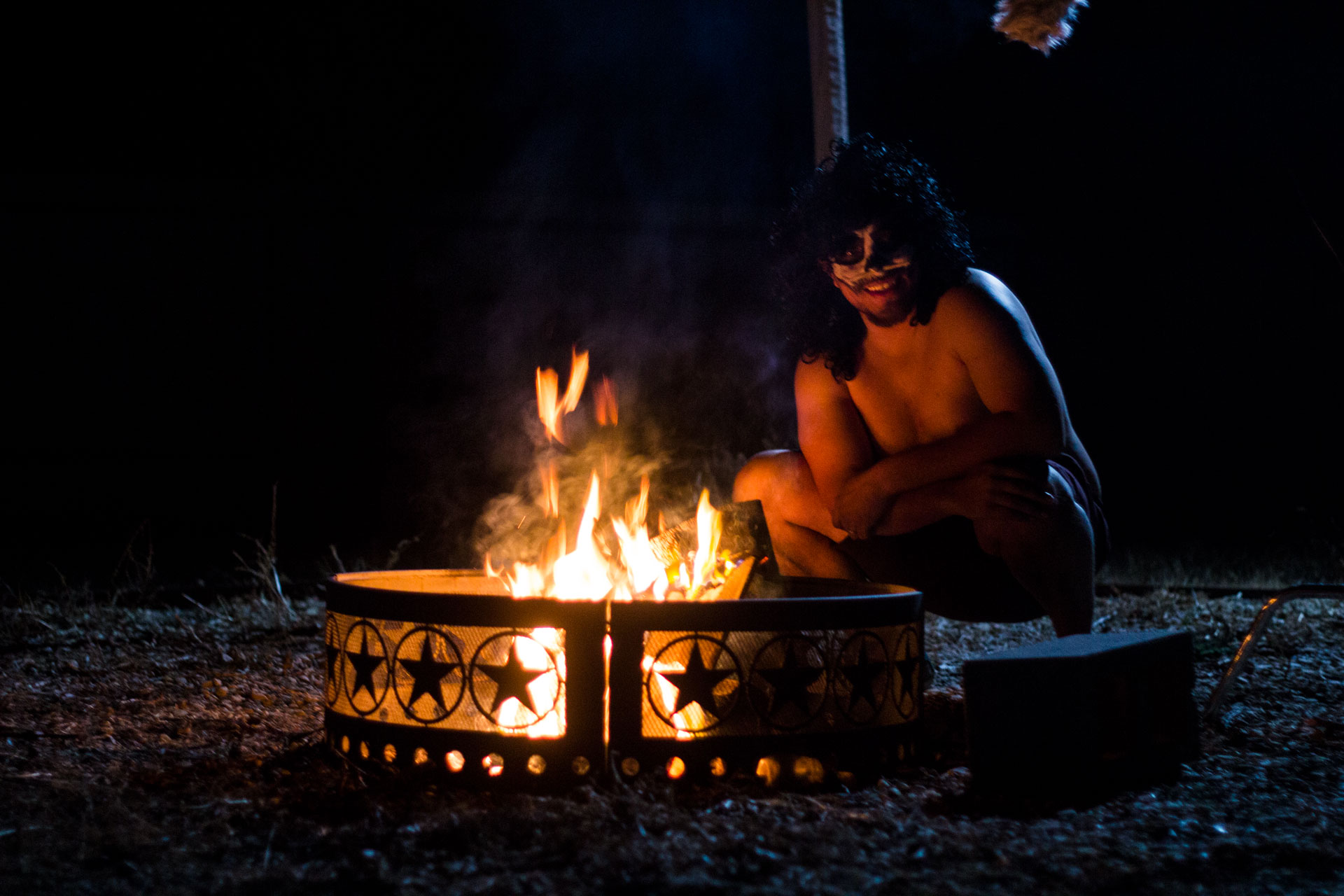 Scott Ross – Mystical Magician That Makes Your Money Disappear… And look at the audience you’ve paid for!

We had the pleasure of making Scott’s acquaintance back in the summer of 2017 on a shoot in Uptown Dallas. Word on the set was that Scott, in his salt and pepper haired infamy, was virally famous for these stylized, characterized photo shoots he does. You can check out those on his website here. Apparently, Bored Panda did a blog on his photo shoots and it brought Scott a modicum of internet fame that he’s most definitely let go to his head. Just to be clear, this is sarcasm, but we like to mess with Scott and he always hits us back with some quip about the superiority of sound department over the camera department. 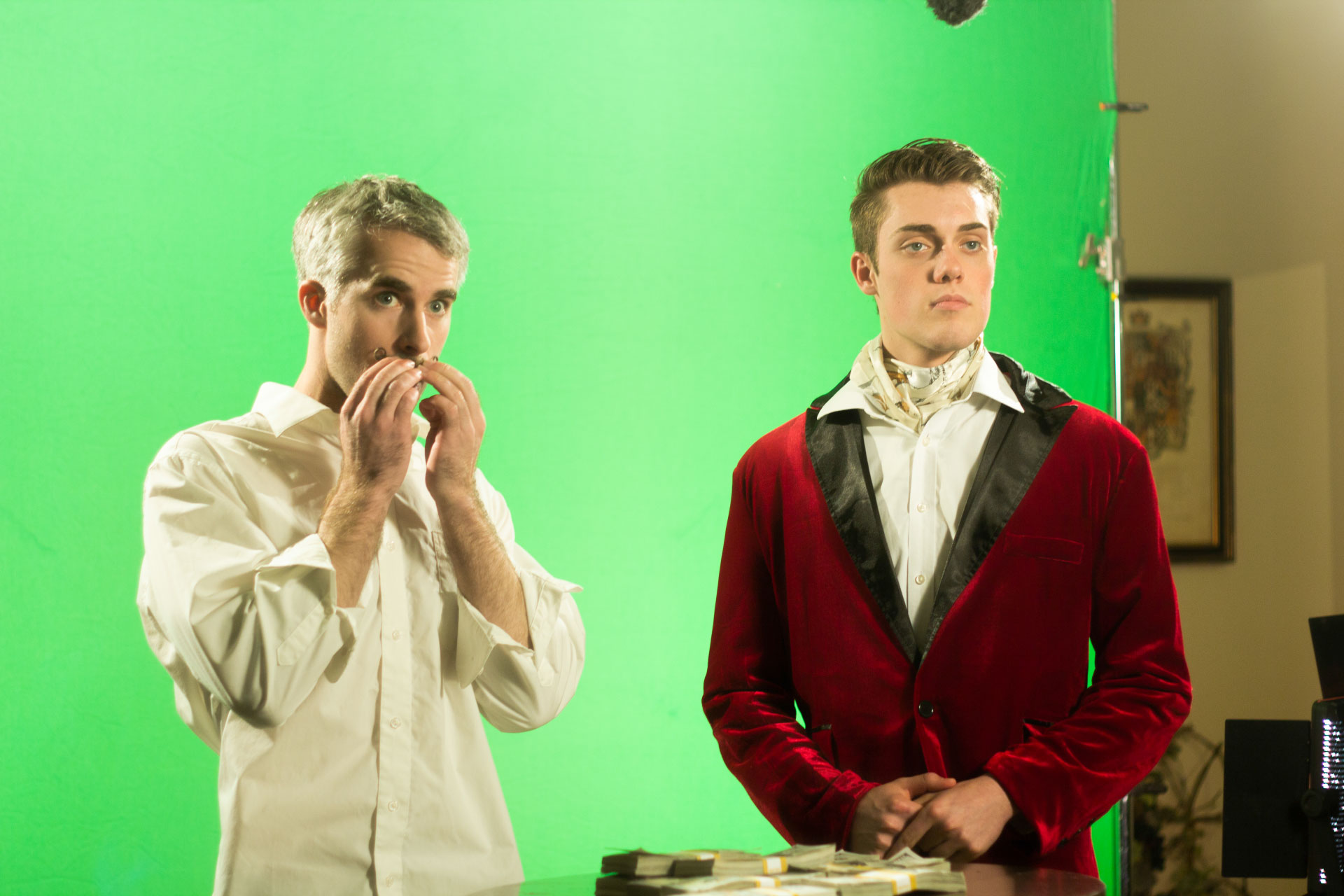 Scott’s role in WunderTRE(k) was apparently a little unclear to him, although I have text message evidence that puts me in the clear. We had him bring his Tokina Cinema Vista Prime and Zoom Lenses (which we’ll cover more in the WunderTRE(k) Gear Blog), bring a fake mustache, and bring his sound gear. I thought I was clear I wanted him to play the magician, although he thinks otherwise, but cut him some slack, he is a sound guy after all. All it took was a white, button down shirt, a fake mustache, a green screen, a stack of prop movie money, and a little black cloth, to satisfy Scott’s ego.

Scott, by trade is a sound recordist, which is the guy on set responsible for capturing live audio from the actors during in a shoot. We’ll get more into that in the WunderTRE(k) Crew Blog. Somehow, back in early 2018 we convinced Scott to come to Lubbock to be part of our short film, “Curse of the Were-Pa!”  Where he assumed the role of Dr. Pepper, the doctor who presumably cures the main character, Marvin Mannaro. We brought Scott on to run sound as well. Don’t let the hair fool you, he’s a great recordist. 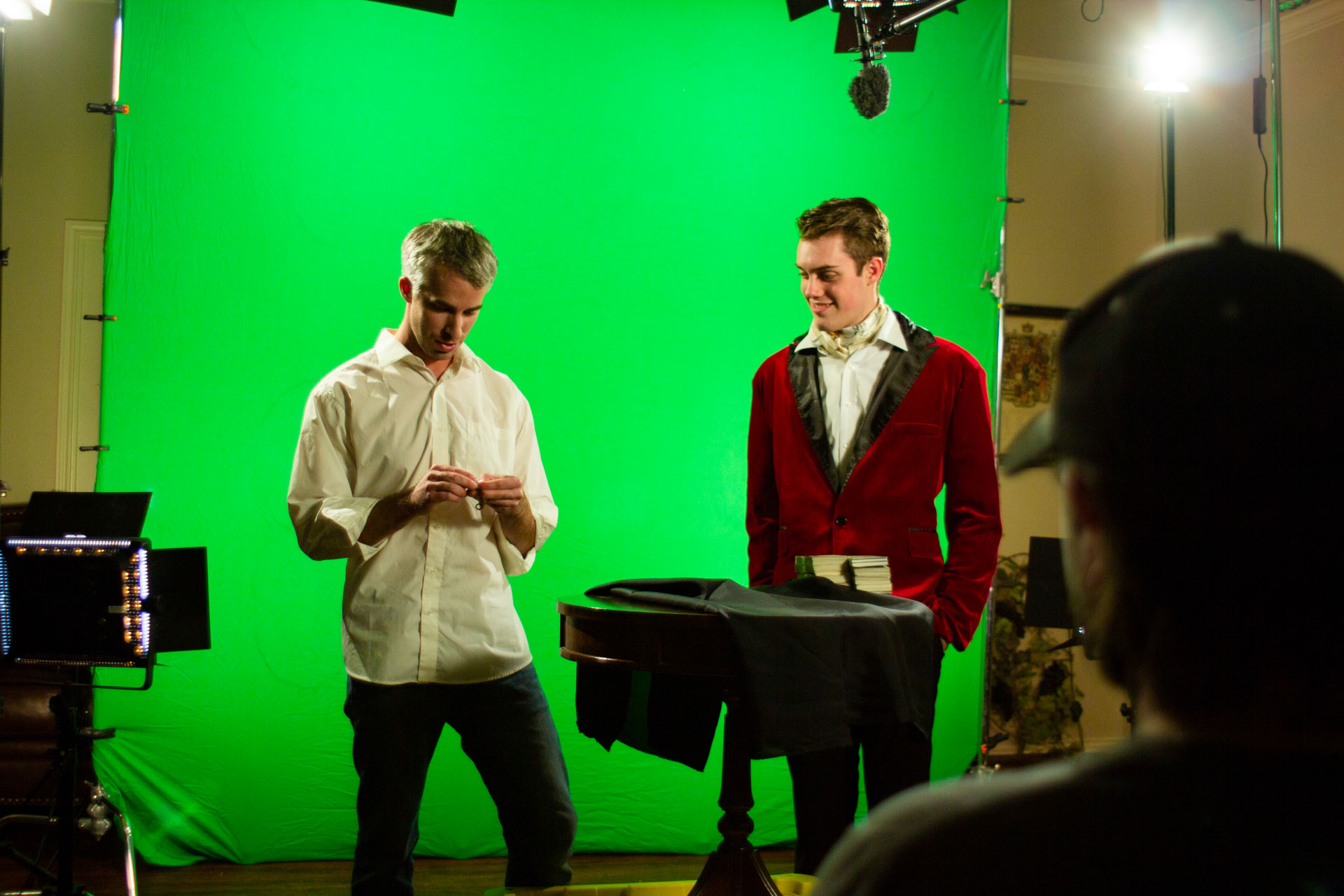 “As usual with the Hamil Bros, there’s a fair amount of bullying going on.  And when it was my turn to get pushed around, they said, ‘you’re going to get behind this table and do whatever we say… roll camera!’  Now, as a dedicated thespian, I felt I wasn’t allowed to prepare or find a voice, but I had to go along with it if I didn’t want a knuckle sandwich.” – Scott Ross

If you’ve been following us since the summer of 2018, you’re familiar with Mike Richards. Mike was our very first music video client and you can see that project here (I’d suggest having a box of Kleenex close by). Mike was also in a short we did, “Mike in a Minute,” because Mike will do just about anything you ask him to do on camera. That is also the reason we tasked him with such a character. We did have to tell him he couldn’t ACTUALLY flash Coby. I’m laughing as I write this, so you probably are too!

Mike did a GREAT job on jumping in, flashing Coby, and running lines! Not in the Billy Mayes sense, but I think you can figure it out. We had Mike rigged up with a GoPro chest mount and a small, cheap LED panel, so light would literally shine out of his jacket when he opened it. 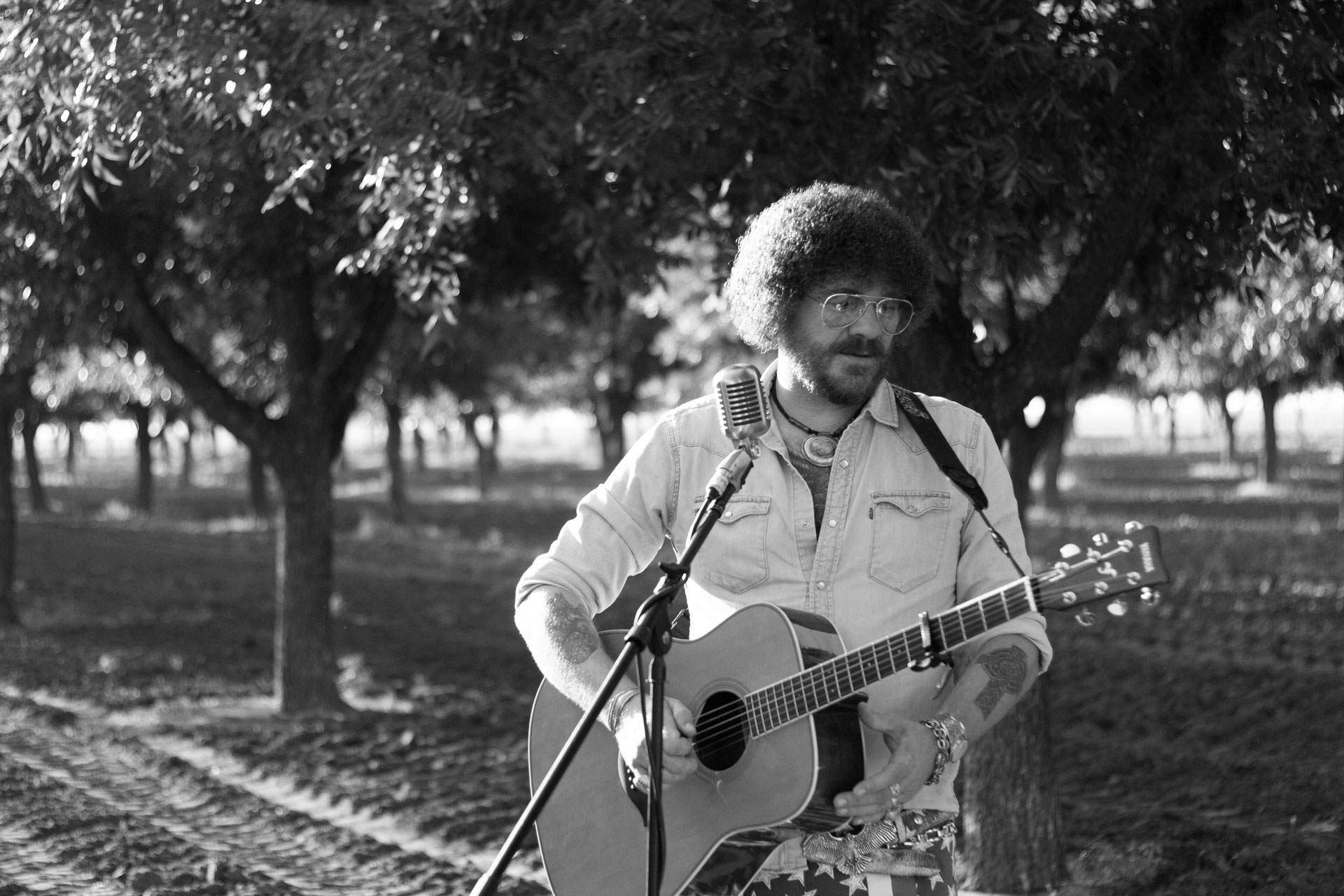 That wraps up the first part of the Talent Blog for WunderTRE(k)! If you want to be informed when new blogs come out or you want them sent directly to you, you can sign up for our “Key Frames” newsletter below; head over to our facebook page and give us a “like”; or head over to our instagram and follow us! If you’re going the social media route, make sure you turn on your post notifications to ensure you are notified of all our epic content hot off the press!

If you thought this was interesting, just WAIT until you read the next few blogs! Make sure to subscribe to our newsletter so you get the drop on all the new, fresh content!