The Foundation of Success in Small Business Part 1: Know what you are 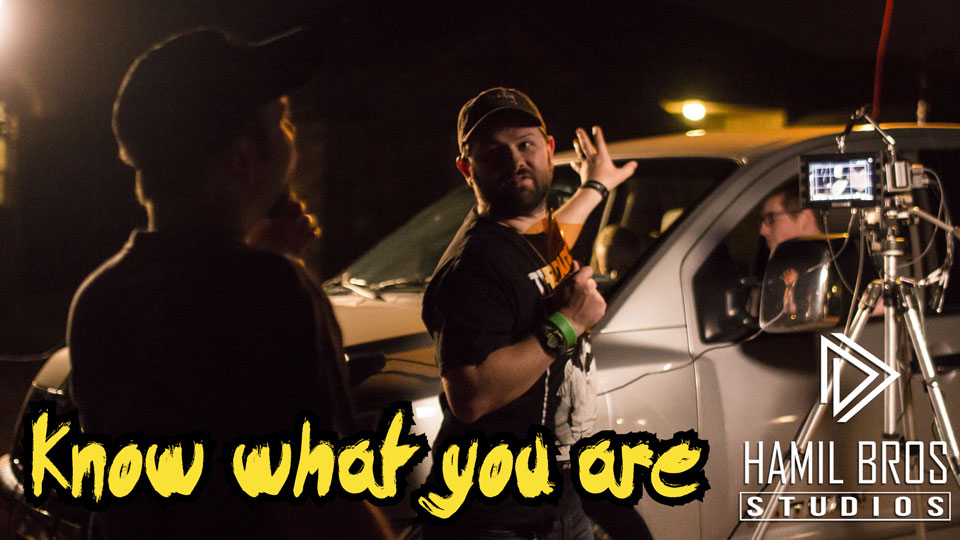 In the last post, I gave you our motivation behind coming up with these three fundamental basics for success in small business. Throughout this series, my examples will be video related, as that is our industry, however, we firmly believe that all of these points are applicable, no matter what field you’re in.

Disclaimer: if you have seen our 1 Million Cups presentation, you will have already heard most of this, but, we thought it was too good not to share.

Now, for the first point.

KNOW WHAT YOU ARE!

This seems easy enough on the surface. However, when we dissect it, it’s not as clear cut as it seems. What you will see throughout this series is that that statement is true for all of these points. But, if they weren’t struggles, there would be no purpose in writing this, right? Right.

So, know what you are. What are we? We are a video production company.

There you have it. The first step in identifying your trajectory! Not really. That’s the kind of blanket statement that anyone can fire off with little thought.

I’ll ask again: what are we?

I could give you the answer, but, let’s look at the problem, first.

When I started my video business, I would literally take any job that involved using a video camera because it was work and work helps progress business… Or so I thought.

I started by taking weddings and TV commercials that would pay anywhere from $200-$350. I think, to a degree, that’s where all video people start, but, lingering there is the kiss of death. In a recent post, I posted about not allowing bigger companies to take advantage of you, and how taking jobs at these numbers don’t work because of the costs of doing business. The difference here is I was setting myself for failure because these are the numbers I was bidding out. But, by the same logic as that post, those numbers weren’t sustainable.

After a few years, I started burning out. The numbers had, indeed, increased, but, I was really considering selling my stuff and getting back into drones of the corporate workforce. I had done it before and hated it, but, at least, it wasn’t going to be doing something that I loved and learned to hate.

Before giving up, I took some time to sit down and reflect on why I loved video. Further than that, why did I even get into it?

It took me back to my freshman year in high school.

Growing up, if we had a camcorder, I was shooting something. Most of it wasn’t terribly creative. It was vacation video or hunting stuff. Nevertheless, I loved it. Finally, in my sophomore year of high school, I was in a Spanish class that had mandatory video projects.

I still remember sitting in class when Mrs. Crockett announced the assignment and had some example videos to show us. When the videos came on, there was an overwhelming feeling of, “wow, this is crap!” Not to disparage the other students, but, it was clear that most everyone was just doing whatever they had to do to complete the assignment. Little to no creativity and definitely no passion behind it.

I decided at that moment, I wanted to do something fun.

The first video project was a fashion show. The educational point was to help us learn articles of clothing. I decided I wanted to do movie and TV characters, as well as other celebrities.

If I’m being honest. The video was wretched. It was the worst. But, it was fun and everyone loved it. I FOUND SOMETHING I WAS GOOD AT. If my sources are correct, that teacher used my videos as examples until her retirement, a few years ago.

What’s the point of this amusing anecdote? Well, I wanted to make something fun, educational, and, ultimately, entertaining. I also wanted to have fun doing it.

Let’s step back forward to when I started doing video professionally, and I was hating it. Why was I doing something that I was hating? Because, it was money. But, the money was hardly worth it.

So, why did I get into it to begin with? Because it was fun and I was good at it. But, it wasn’t fun anymore? Why? Because I had stifled the creativity for the sake of money.

I had to identify what it was that I WANTED to do. Once I thought about it for a while, I figured out what we were meant to be. We wanted to be fun, creative, and the best. We had to stop taking work that was work for the sake of work (within reason) and start changing our standards for how we would approach bids and jobs. We were going to work on our terms and make sure that it was work that gave us energy.

This was so liberating. We finally loved the majority of the work we were doing and we weren’t ready to give up anymore.

The next part of this same process will be discussed in the next post. In order to know what we were, we also had to figure out what we were not.

To recap, you need to know what you are and to figure that out, you have to go back to your roots and find the feelings that you felt when you decided that you found your calling. Relive the memories and relight that fire!