Book Review: Start With Why

When I was in school, if I’m being candid, I didn’t really enjoy much of the academics. One of my least favorite things was book reports. I didn’t like reading (mostly because I’ve never been good at it), and I hated writing about things I didn’t want to read in the first place (I’m looking at you The Island of the Blue Dolphins).

That was something that I carried with me for a long time. I have always had an affinity for audiobooks, even though I didn’t realize it for a long time. It all started with Hank the Cowdog and carried on with Harry Potter.

Early on in my adult life, I started to find more enjoyment in audiobooks and it has led me down several paths that I’m sincerely happy that it has.

In this blog series, I hope that you are lead to books that will help enrich your life and assist you in finding direction both professionally and personally.

Start with Why/Find Your Why

This one is a twofer, since both books go hand-in-hand.

Start with Why, by Simon Sinek, dives deep into the reasoning and psychology behind why certain companies and individuals do really well, and what can cause them to fall apart. In short, if you never consider why you get into a business, it is, generally, a recipe for failure. If you know why, and you use that why to make your decisions, then, you will succeed because people will connect on a level that they don’t normally understand.

What if you don’t know your why? They have an answer for that Find Your Why, is the guide book that gives you step-by-step instructions on uncovering your why.

Start with Why was really mind-blowing for me. We’ve taken on some work that just leaves us dry, and sucks any fulfillment out of us. I knew we didn’t enjoy that kind of work, but, it was video work. It’s what we do. Or was it? 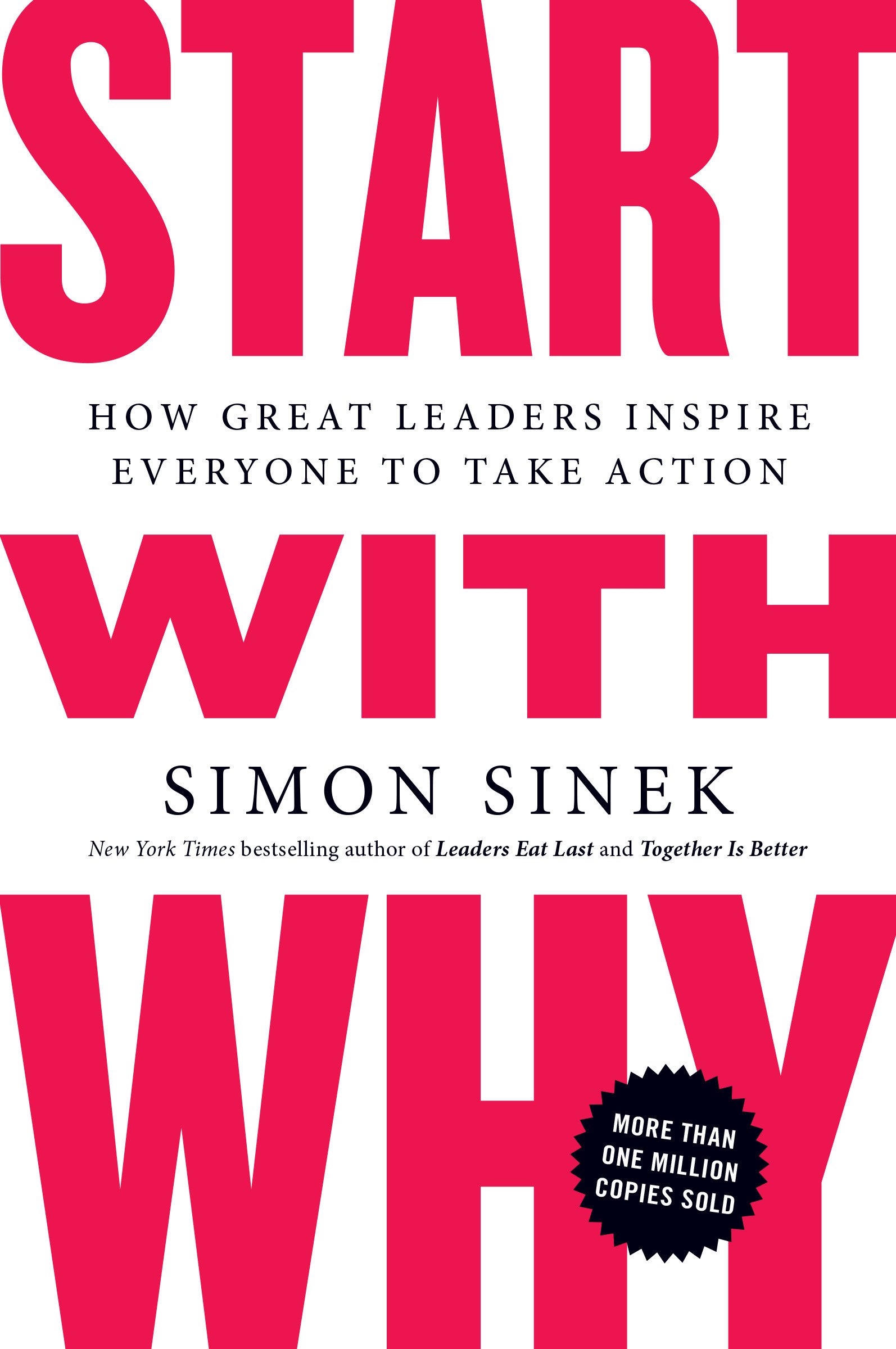 After reading Start with Why, it became abundantly clear that this work did not line up with why I got into video production. (Secret: I haven’t finished Find Your Why yet, so, while I feel I have a good idea why, I can’t state what my “why” is)

What I do know is that what we do is a byproduct of why we do it. And if our “what” expands outside of our “why,” we ALWAYS regret it.

In Start with Why, Simon gives several examples of companies that lost their “why” and it cost them dearly. They’re all companies that we scratch our heads and think, “oh man… I remember that place. It used to be cool.”

While Jacob and I are working hard to make sure that all of our business lines up with why we are even in business, we’re witnessing another group struggle going through “the split.” If you want to know what that is, you’ll have to read the book. And no, the answer to why we’re in business is not “just to make money.” I’ve had jobs that provided no fulfillment. So, money is not my motivator. It’s just a result.

Back to this other group. Jacob and I were early adopters, and we were completely, if not blindly, gung-ho about it. As an observer, and a participant, I feel like why they started has become fuzzy and they are focusing more on what they do. When this happens with an entity, those who were drawn to them on a gut level, begin to question their involvement and will start dropping like flies. As a follower, you can start to feel betrayed, although at a very minimal level, but, as soon as we start questioning our loyalty, they are forced to start fighting a fight that is often insurmountable.

The other tie-in, which is much more personal to me, was learning to separate what I do from why I do it. Back in 2013, before Hamil Bros Studios was Hamil Bros Studios, I wasn’t making enough money to survive. I was forced to make the decision to find a traditional job with a steady income. After hearing that one of our TV stations was hiring for a position in commercial production, I applied. All I had was my current demo reel and I was pretty much hired on the spot.

Fast forward about 3 months, I was in a really deep depression, I hated my job, and, as a result, I was having a pretty big identity crisis. I loved shooting and editing commercials. So, why was I having such a hard time?

The work wasn’t fulfilling because almost none of it was anything I could be proud of. As I started to understand this, I was told something that sealed the deal. I was told that my work was too good and I needed to tone it down so the customers wouldn’t expect too much.

That was in direct contradiction to why I loved doing video work, or, on a deeper level, why I loved any kind of work that I loved doing. I wanted, on a primal level, to A) have fun in the process, and B) find satisfaction and fulfillment in completing a job well done.

The moral of this anecdote, and the reason I think these books are so valuable, is that, in this ever-changing world, we are all forced to make changes. When we are forced to make these changes, often times we look for something else that is comparable on the surface. In fact, it may even be a different version of the exact thing we were changing from. But, if it doesn’t line up with your why, it won’t be a good fit, no matter how hard you try.

In short, discover why you do what you do, and always keep that in sharp focus, and you will find decisions easier to make and, ultimately, find more fulfillment in what you do.

Leave us some comments

I would love to hear your thoughts on this book, if you’ve read it and I would also like to hear some feedback on books you recommend and why!