Hopefully, if you were watching the Super Bowl, yesterday, in the Midland/Odessa area, you were able to feast your eyes on 3 ads that we, the Hamil Bros produced!

How do you set up a garage door ad for the Super Bowl where it’s funny, ridiculous, and memorable? You use cavemen, of course. And that’s how we set up the 2018 Super Bowl LII Affinity Overhead Door Co Caveman commercial.

In part 1 of the series about this ad, I’m going to go over our pre-production process, or everything that had to be taken care of before we started shooting.

After having success with the ad for Affinity Overhead Door Co (AODC) in last year’s Super Bowl, we were tasked with another round this year. We were asked to pitch two ideas. You wouldn’t think it would be too hard, but, there is out of the box and then there’s way out of the box, and that’s where we wanted to be with this years Super Bowl ads. 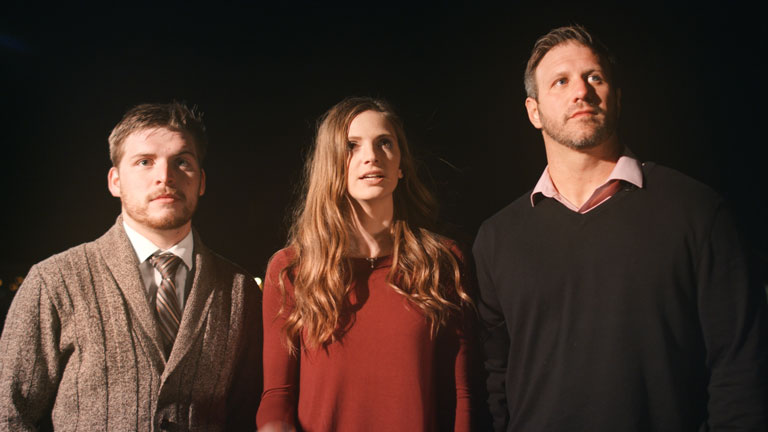 I racked my brain trying to figure out a scenario that could incorporate a garage door that was really practical, but, wouldn’t make sense. I honestly don’t know what spawned the thought, but, I remember the idea just hitting me out of nowhere: what about cavemen? Wouldn’t it be funny if one is really happy with his new boulder that would cover the front of his cave opening and the other blows him off?

The other thing that we felt would be funny is if there was no actual spoken dialog. Just these missing-links grunting at each other back and forth with subtitles.

So, I wrote the script, polished it, and sent it off. After several months of going back and forth and pitching some other ideas to provide them with options, Brandon and his wife (AODC owners), picked this one.

At the point they made their decision, we were already preparing for this ad because time was running out and we wanted to be ready to launch when the decision came in. 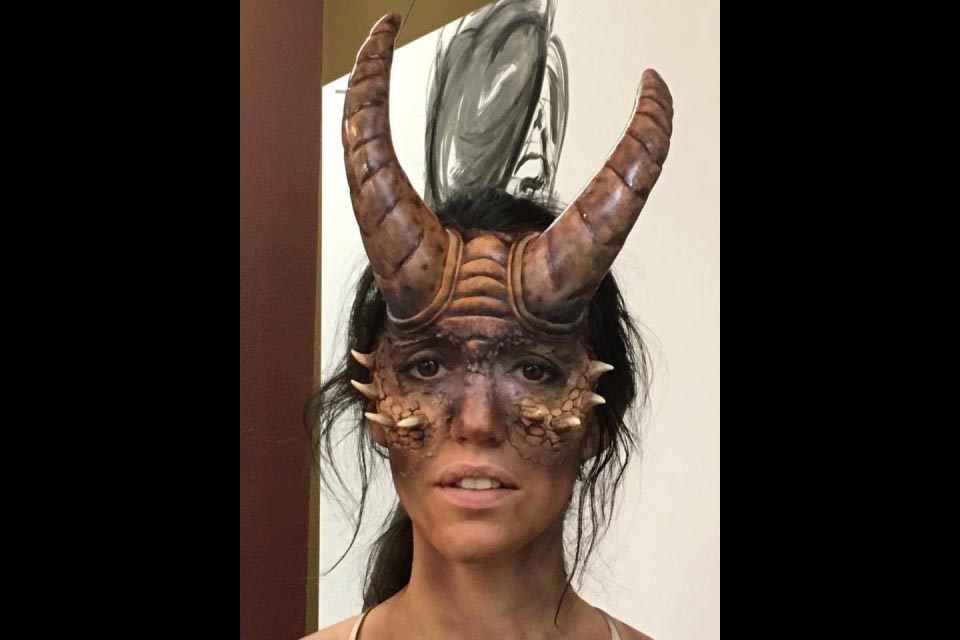 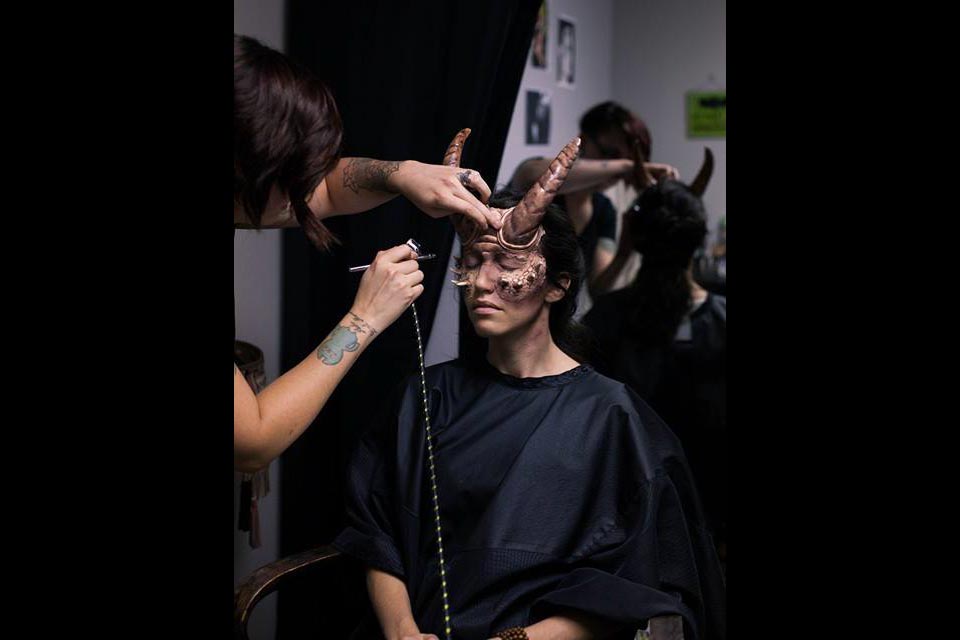 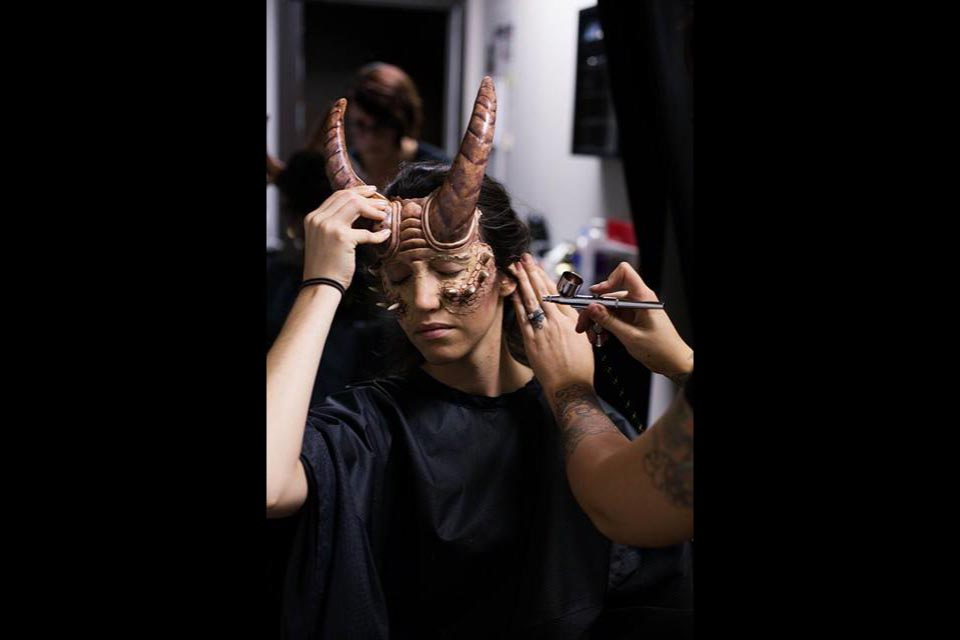 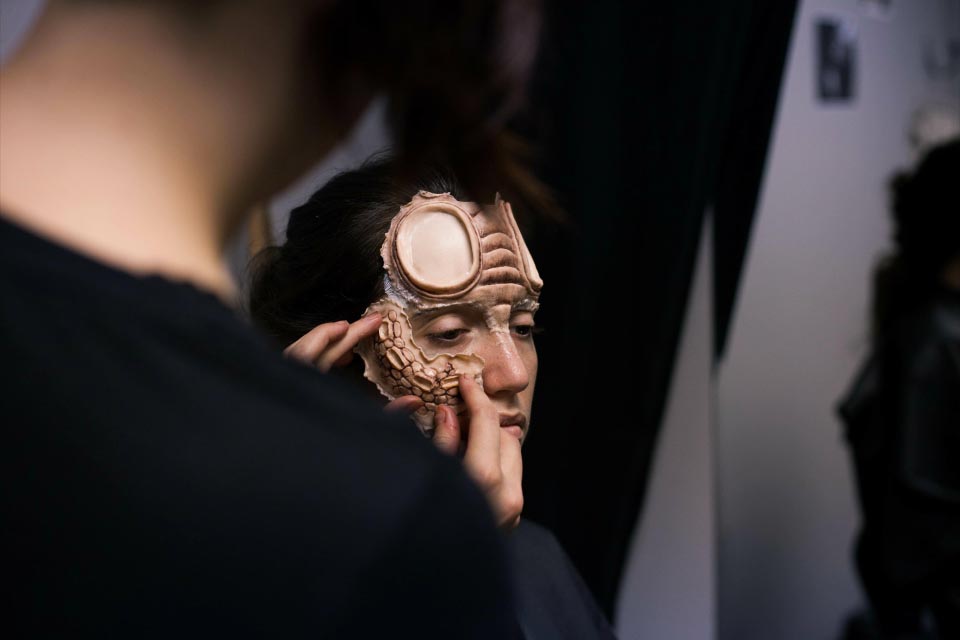 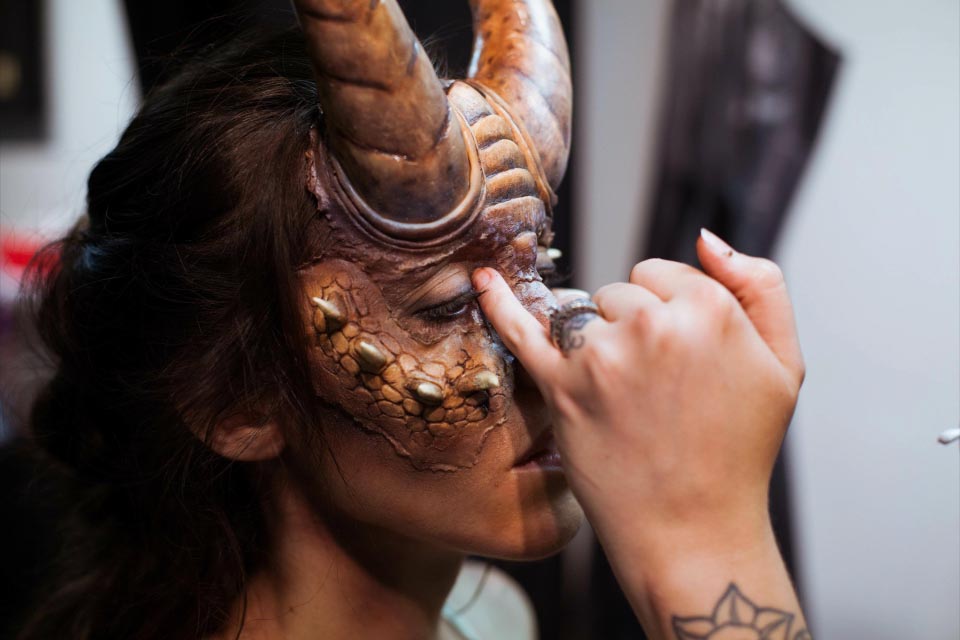 When it comes to cavemen, there is a fairly distinct look to them and we knew that we didn’t have too many friends with really large brows and Neanderthal cheekbones.

One of the first things we did, was put a call out for a prosthetic makeup artist. I can’t vouch for anywhere else in the world, but, they seem to be in rather short supply in good ol’ Lubbock. However, fortune smiled and we were put in touch with Lindsey.

It just so happened that some friends of mine were cleaning a salon, one evening, and happened upon what they thought was a demon. Turns out, Lindsey was doing heavy prosthetics for a photo shoot.

After seeing the photos, I reached out to the salon and got her contact information and set up a meeting. About a week later, we were sitting in a coffee shop discussing the idea and budgeting. Lo and behold, I received an email from Brandon informing us that he wanted us to proceed with the cavemen ad. So, we booked her on the spot. In truth, this was the first production we’ve ever done with major makeup, so, this was uncharted territory, for us, and we were excited.

The second thing we needed were some cavemen. It would have likely worked with just about anyone, but, we had the hair-brained idea of using the same guys from last year. Right? It’s like these cavemen could be last year’s ancestors.

I emailed the idea to Brandon and his response was, “I would not mind that, as long as they are makeup’ed up.  You know so someone does not say, ‘look those are the same guys.’”

Fair enough. We decided to go for it. Let’s see if Ryker and Stonedale can do it again. I mean, it already makes sense since one of them has “Stone” in his last name. It was like divine providence.

Or not, but, we thought it would be a good play against what we had last year.

So, talked to them both, and Stonedale’s response was, “I’m just letting you know, caveman is a part I was born to play!”

Talking to Ryker, he was game to and that meant we needed to send them scripts so they could memorize their lines… Erm… Grunts…

One of the extremely important parts of this ad was finding a location where we could put these two simpletons and keep it remote looking and look like somewhere that you would find cavemen.

That is one of the benefits of living in West Texas. If we could find someone that had property, we should have some ease in finding a shooting location. The biggest caveat is that production was supposed to start about the same time as deer season. So, our location options could be limited.

What did we do, we reached out to our good friends, the Robertsons, to see if we could borrow a patch of land on their ranch. They quickly got back with us and told us that if they had a place that we thought would work, it was ours for the using. So, we met up with Jeremy and he took us on a little tour of the place. The first couple of locations we scouted would have definitely worked, but, the problem was ease of access. It would have take hours to lug all of the equipment to these spots and it would have burned a lot of time with an extremely limited crew. However, the last place we looked was perfect.

It was flat, there was a dirt wall, and we could easily get to it. It was still going to be a challenge to add the cave and the garage door, given the drop off was not remotely flat, but, it was the best option we had and I like a challenge.

In the process of arranging everything for these ads, we were allowed the opportunity to use, and review some high-end gear that we just don’t have normal access too.

First and foremost, LENSES! We were sent some amazing Tokina Cinema Primes. If you’re not into professional photography and video, then you probably won’t care, but, these lenses run in range of $5k EACH. That means that we had roughly $20k worth of lenses. Sounds insane, but, there is a definite difference between a $5,000 lens and the $600-a-piece lenses we typically use.

We really can’t say enough good stuff about these lenses, but, we’ll save that for our lens review.

We were quick to realize that we weren’t equipped to even properly use these lenses, so, they sent us some filters to accompany them.

Sounds tropical, right? Well, this company makes amazing camera accessories. For this project, they sent us a carbon-fiber matte box and a follow focus. What are these? Well, the matte box houses the filters and also provides a sun-shade for the lens. The follow focus is a device that gives you remote focusing ability without having to put your hand on the physical lens and allows for smoother focusing.

We were totally spoiled after using these.

This part was born of necessity. Early in October, our Blackmagic URSA Mini had a part failure and it really put us in a bit of a bind, so, through our connections, someone was gracious enough to send us a loaner to use for these ads. Fortunately, it was the same camera setup that we own, so, we didn’t have to learn any new camera systems. 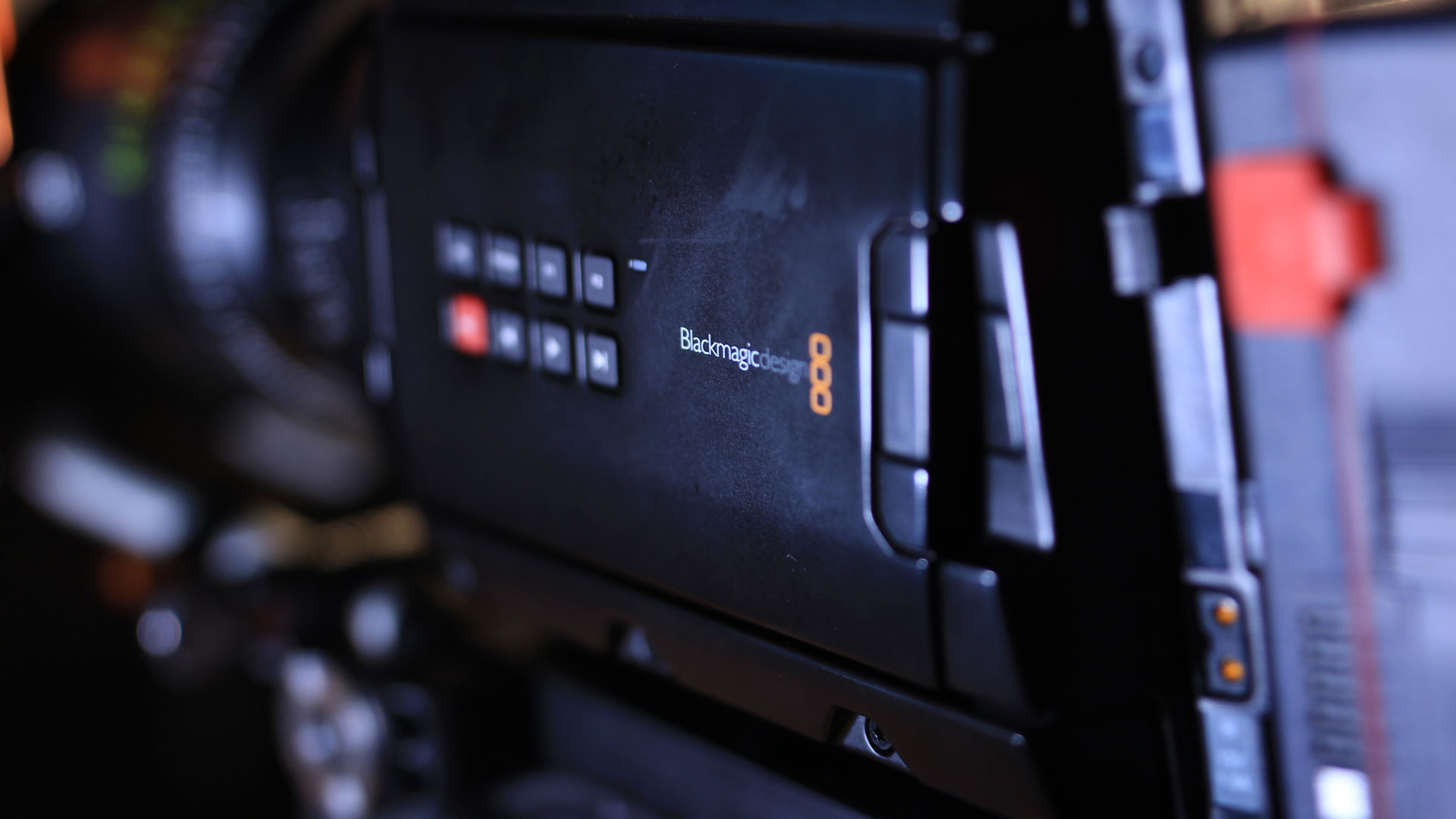 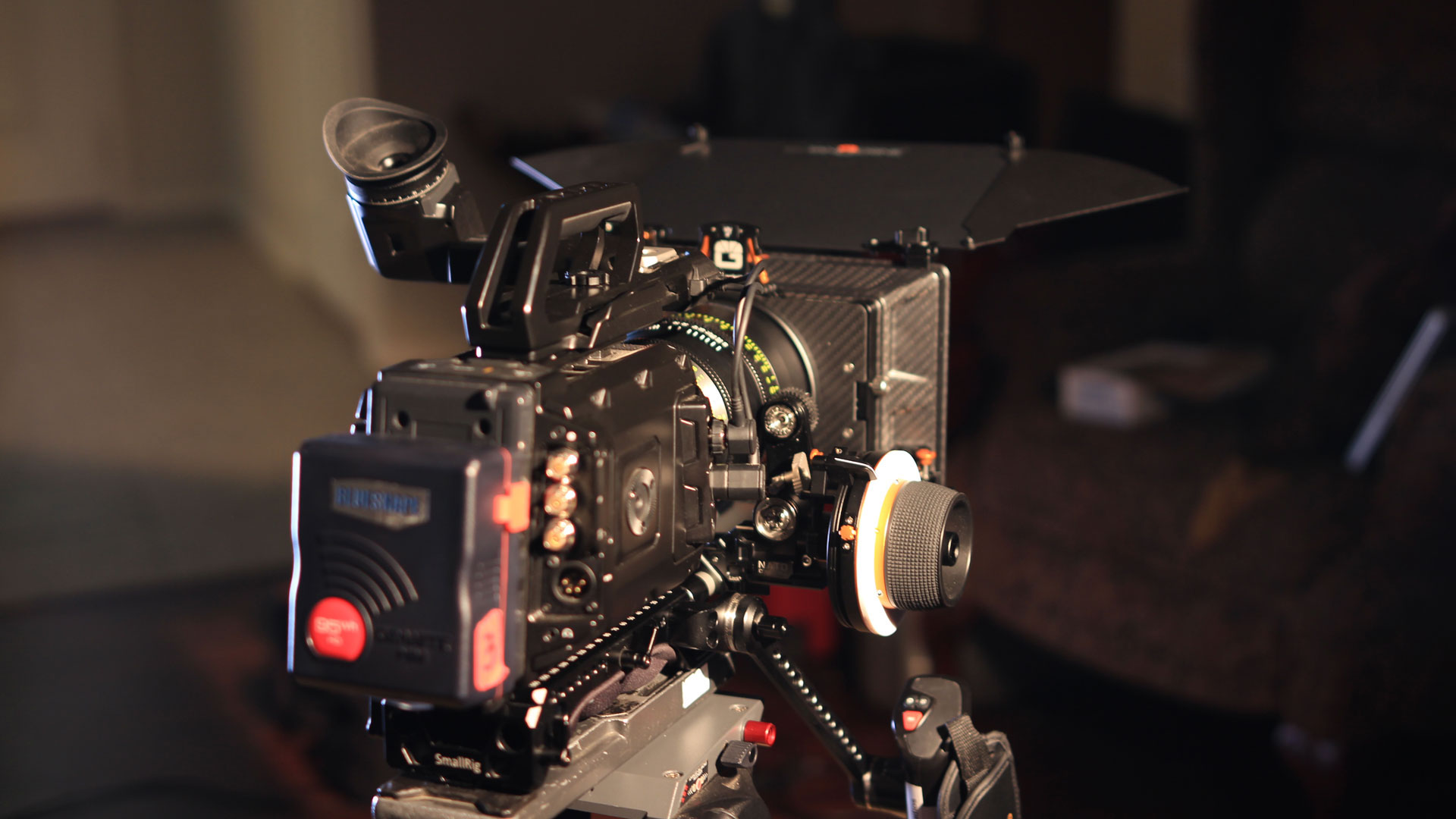 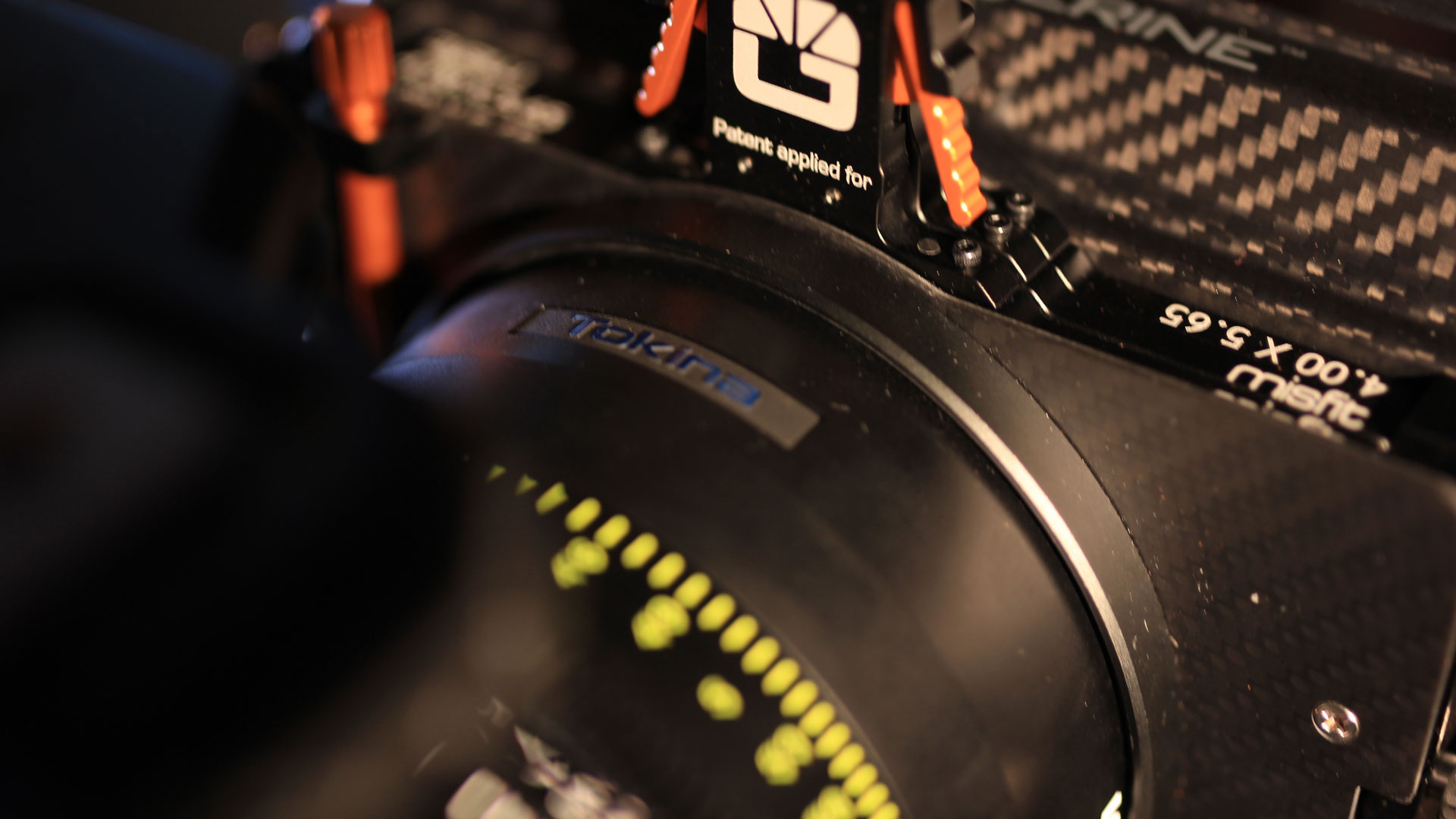 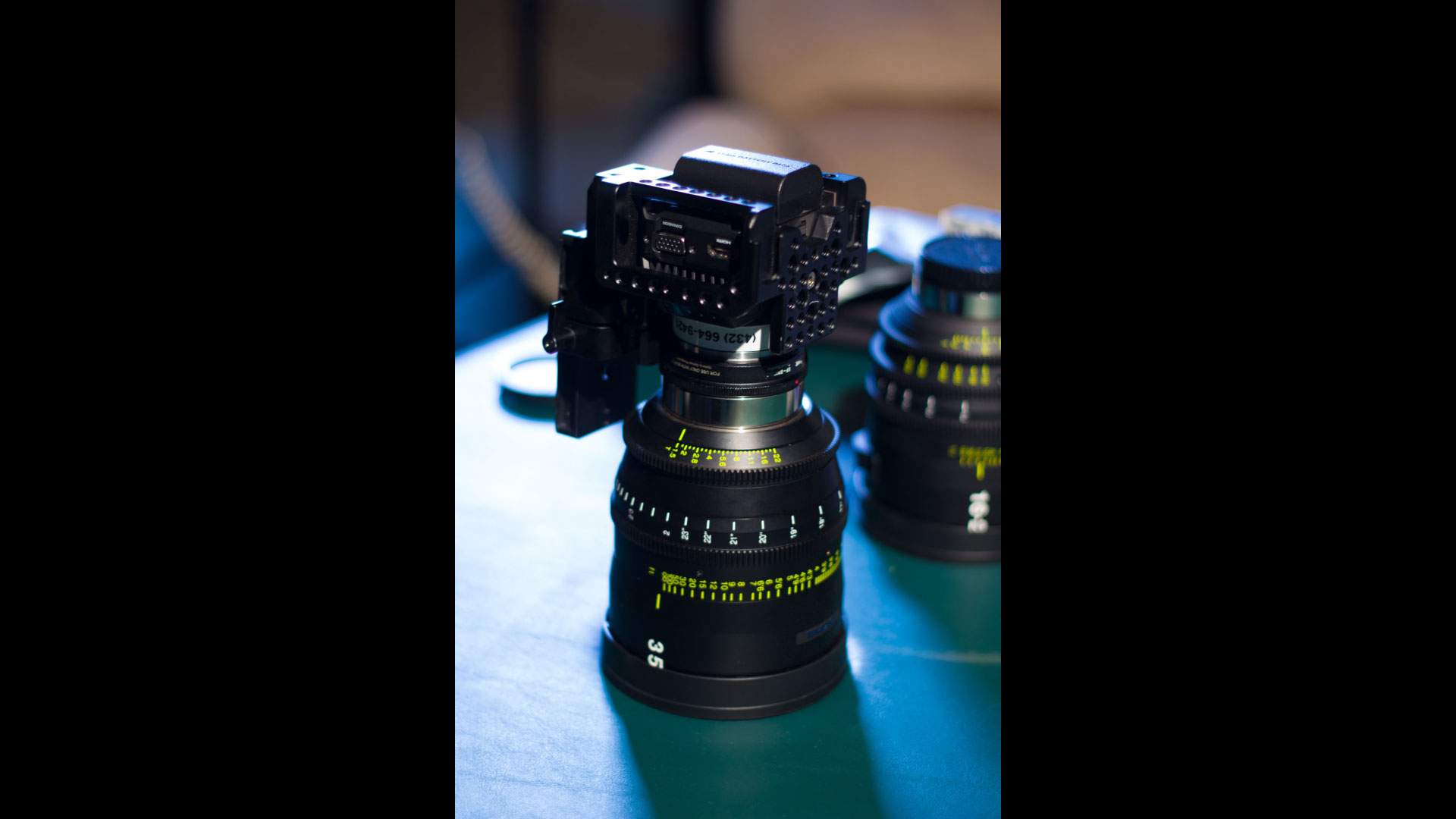 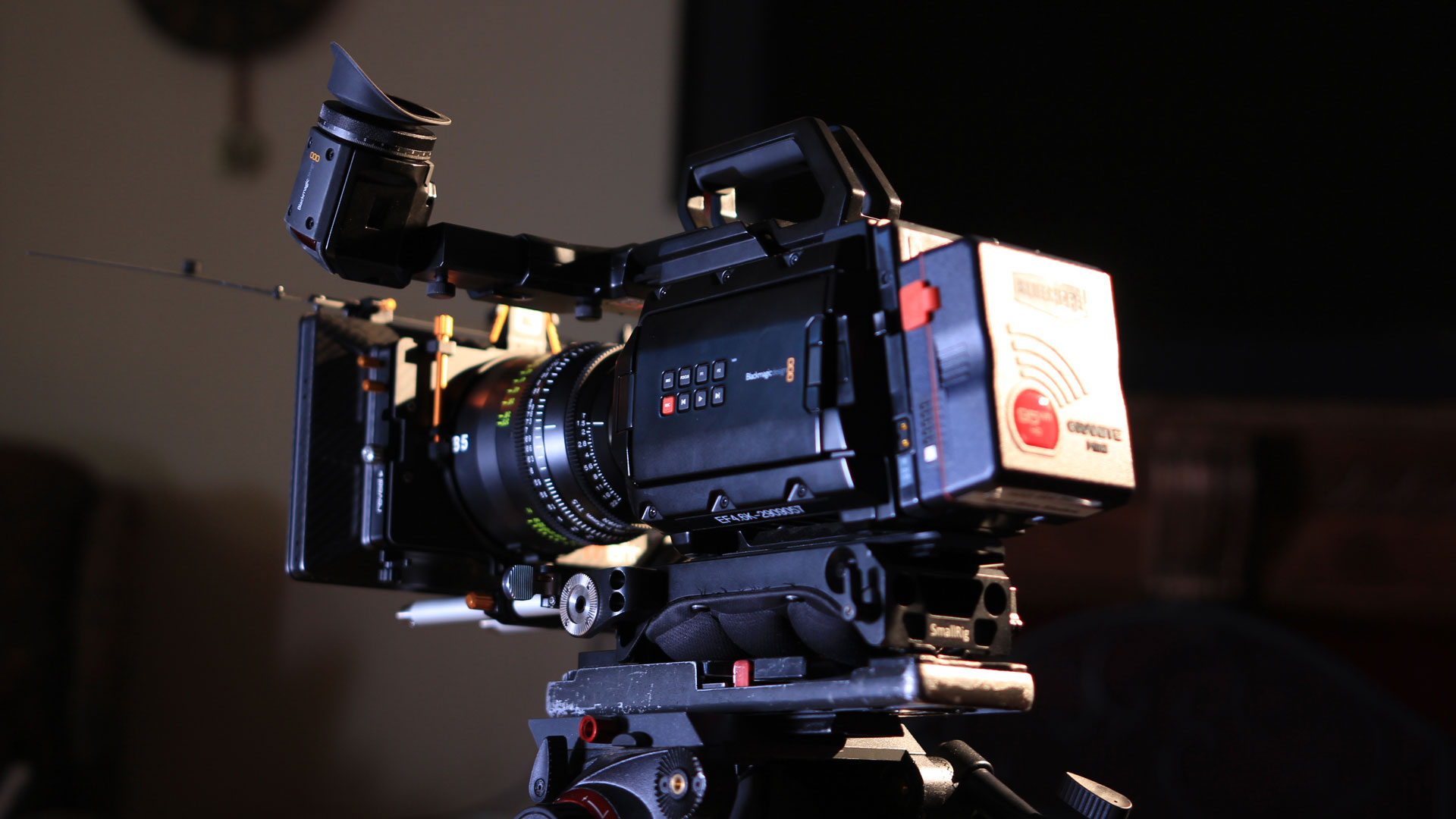 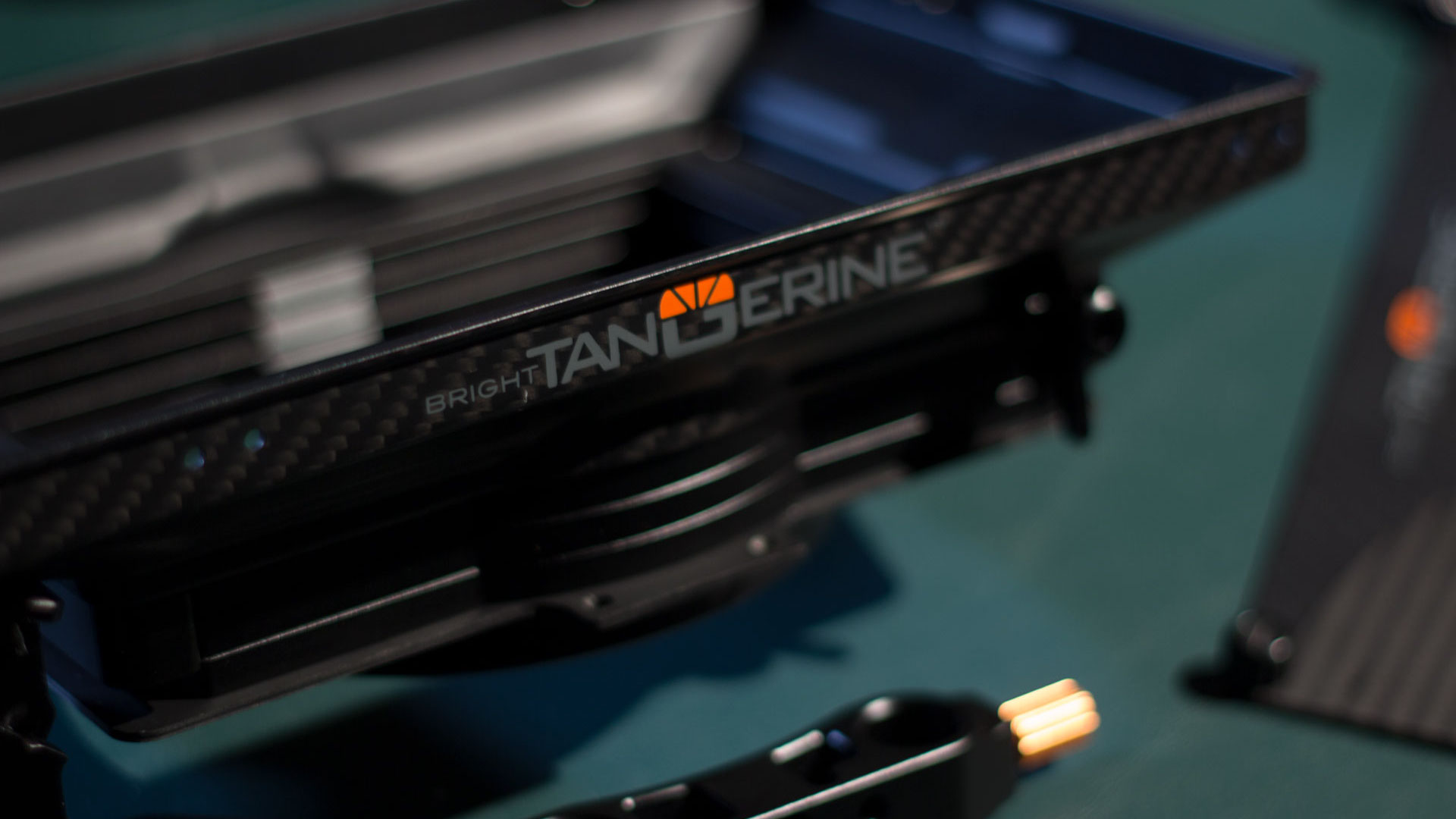 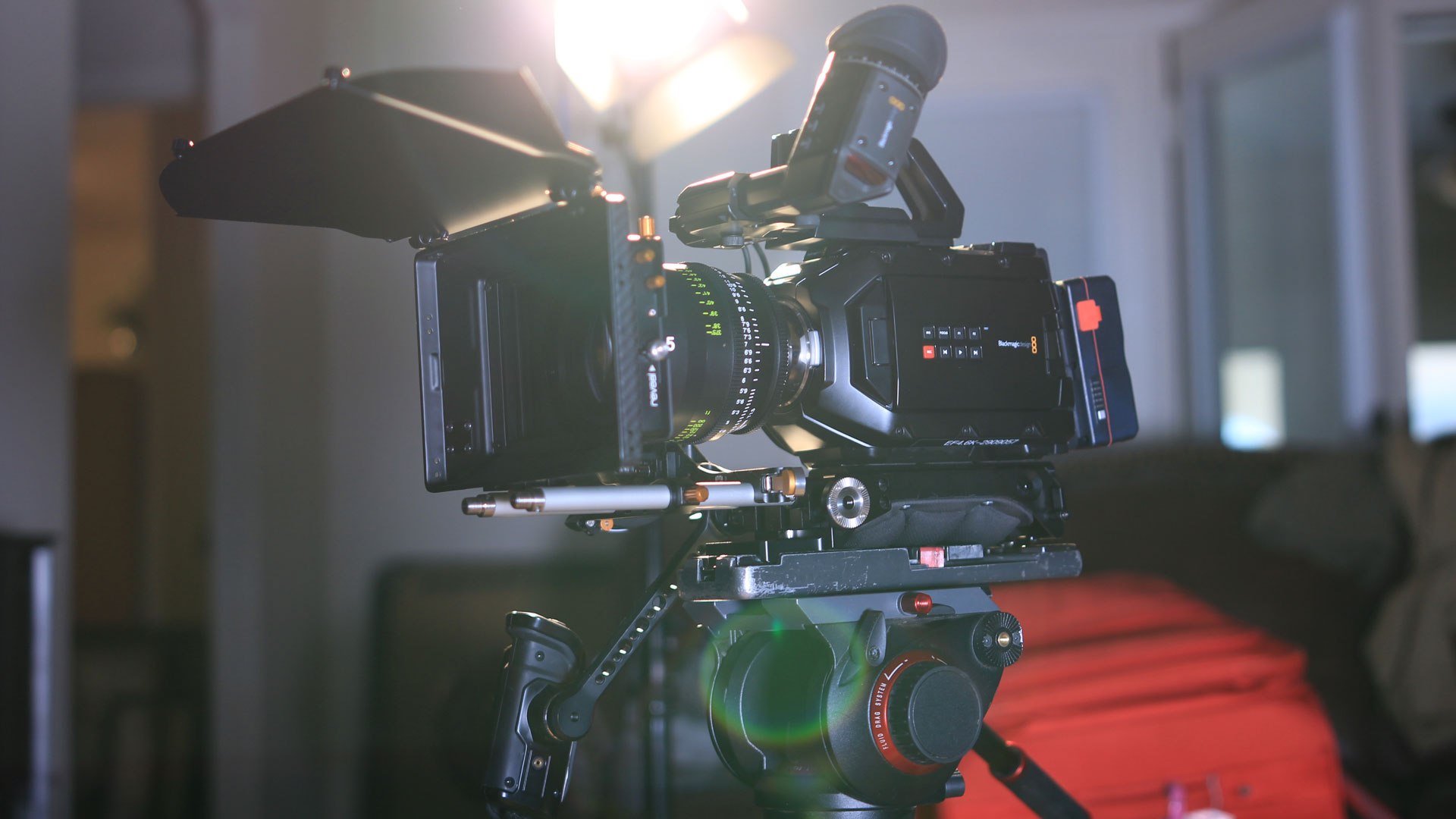 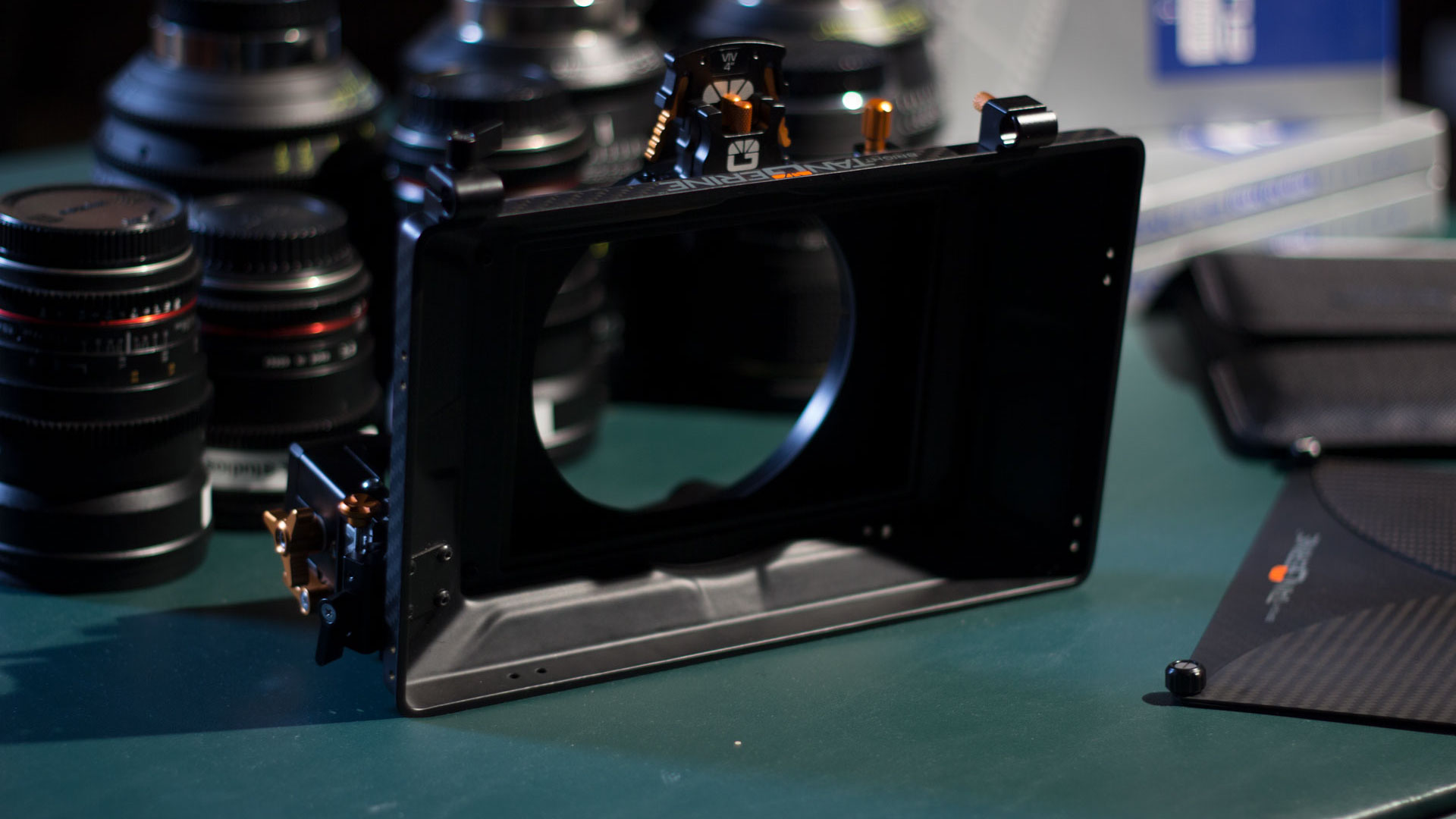 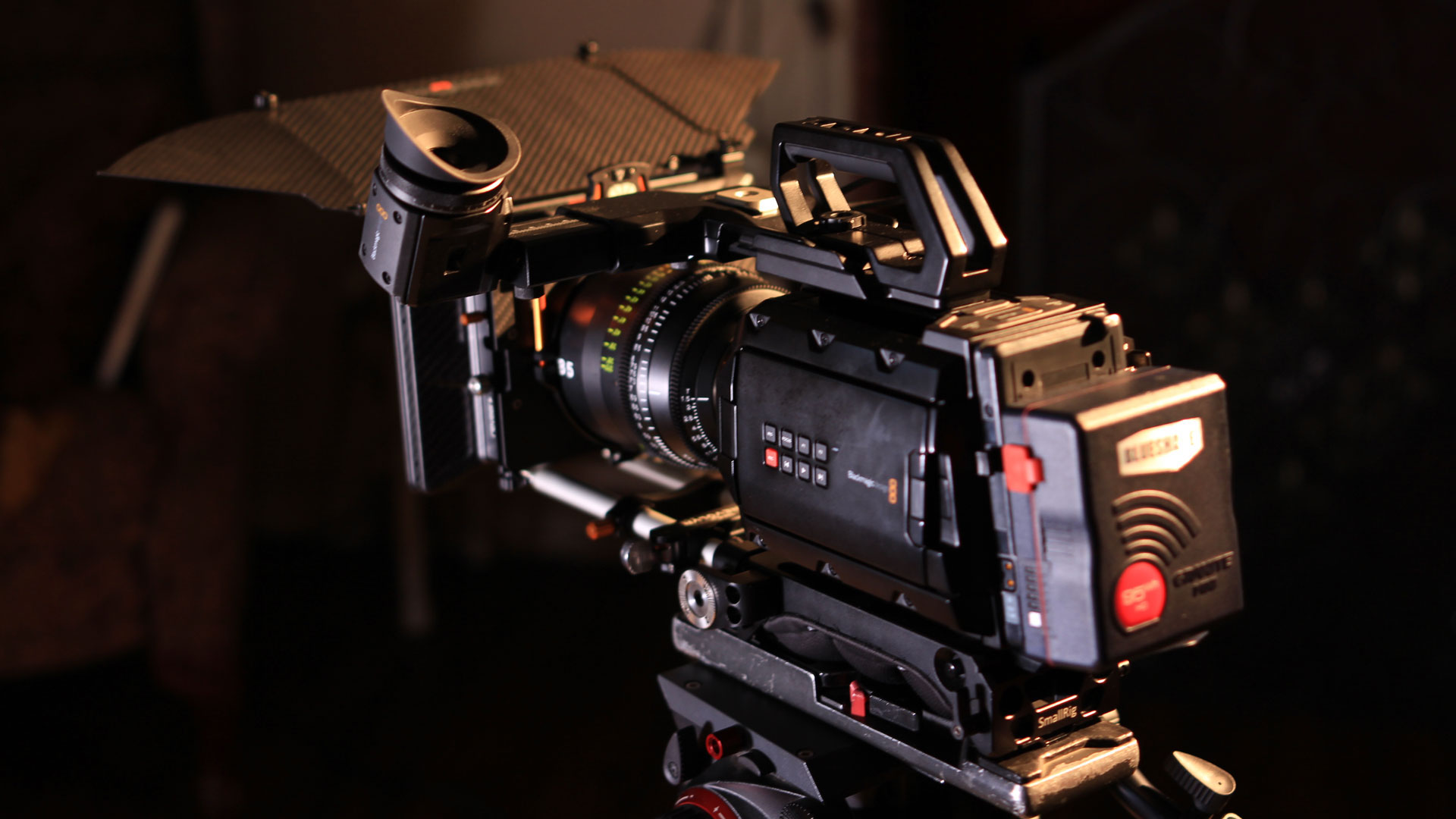 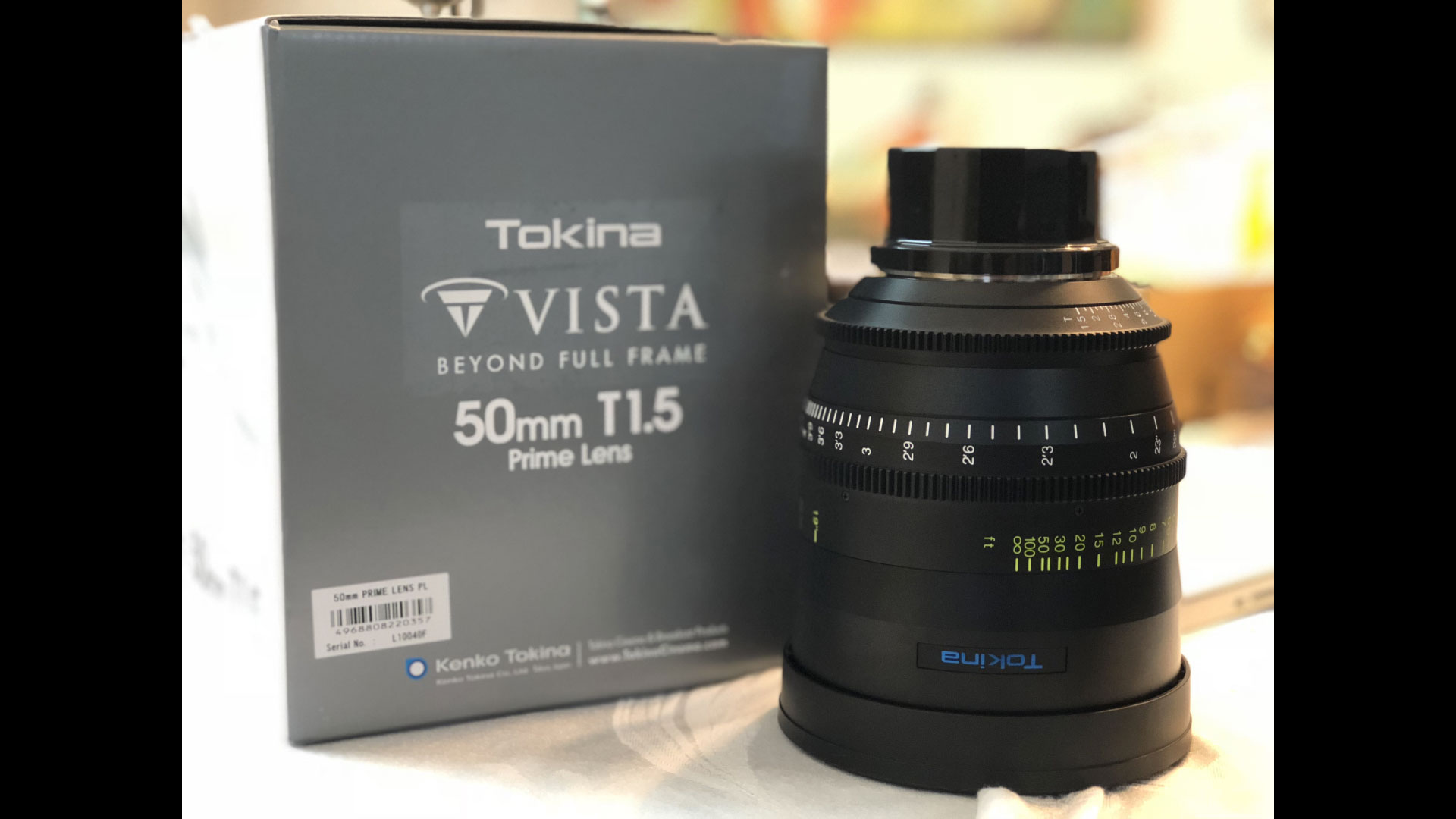 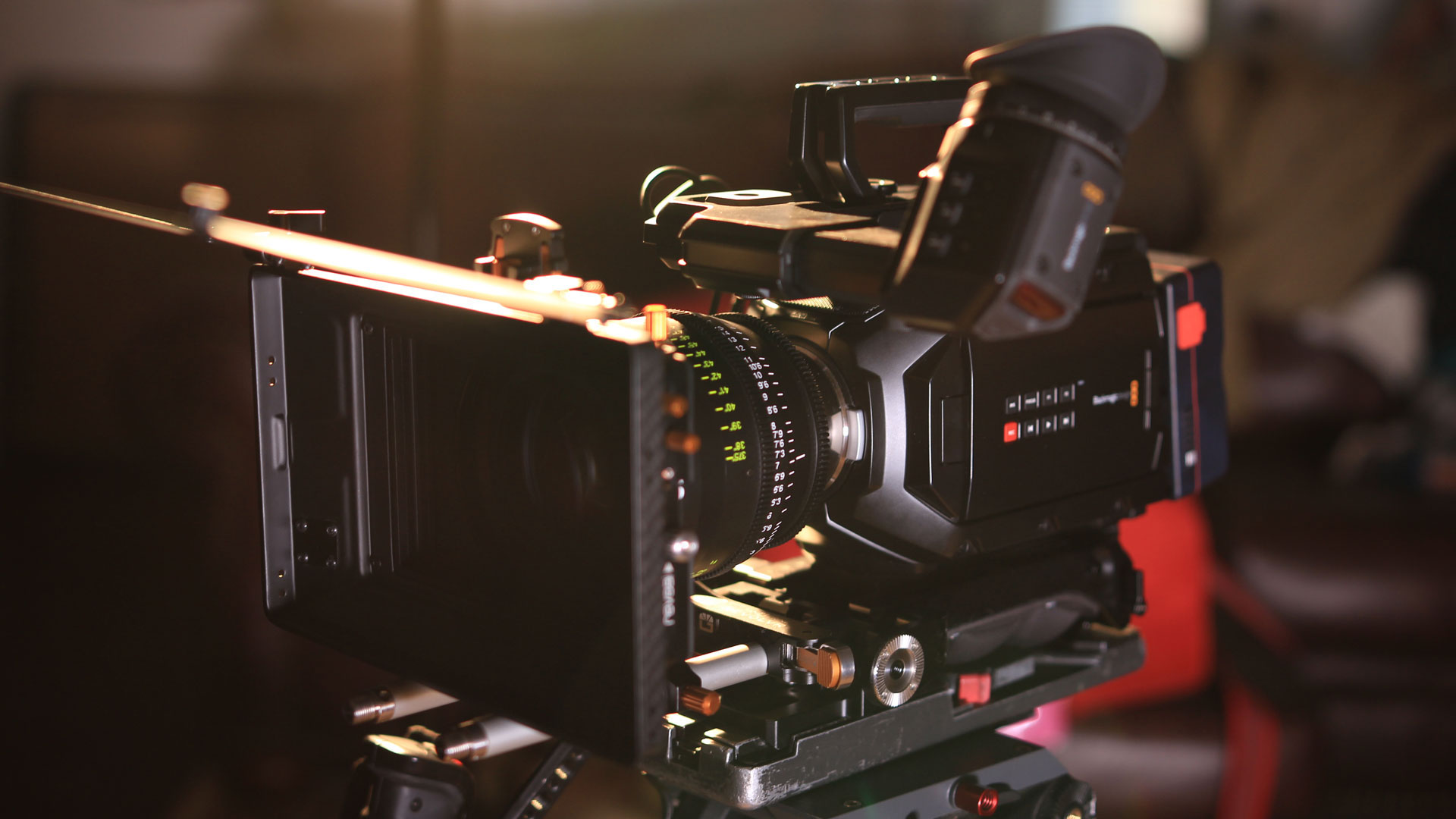 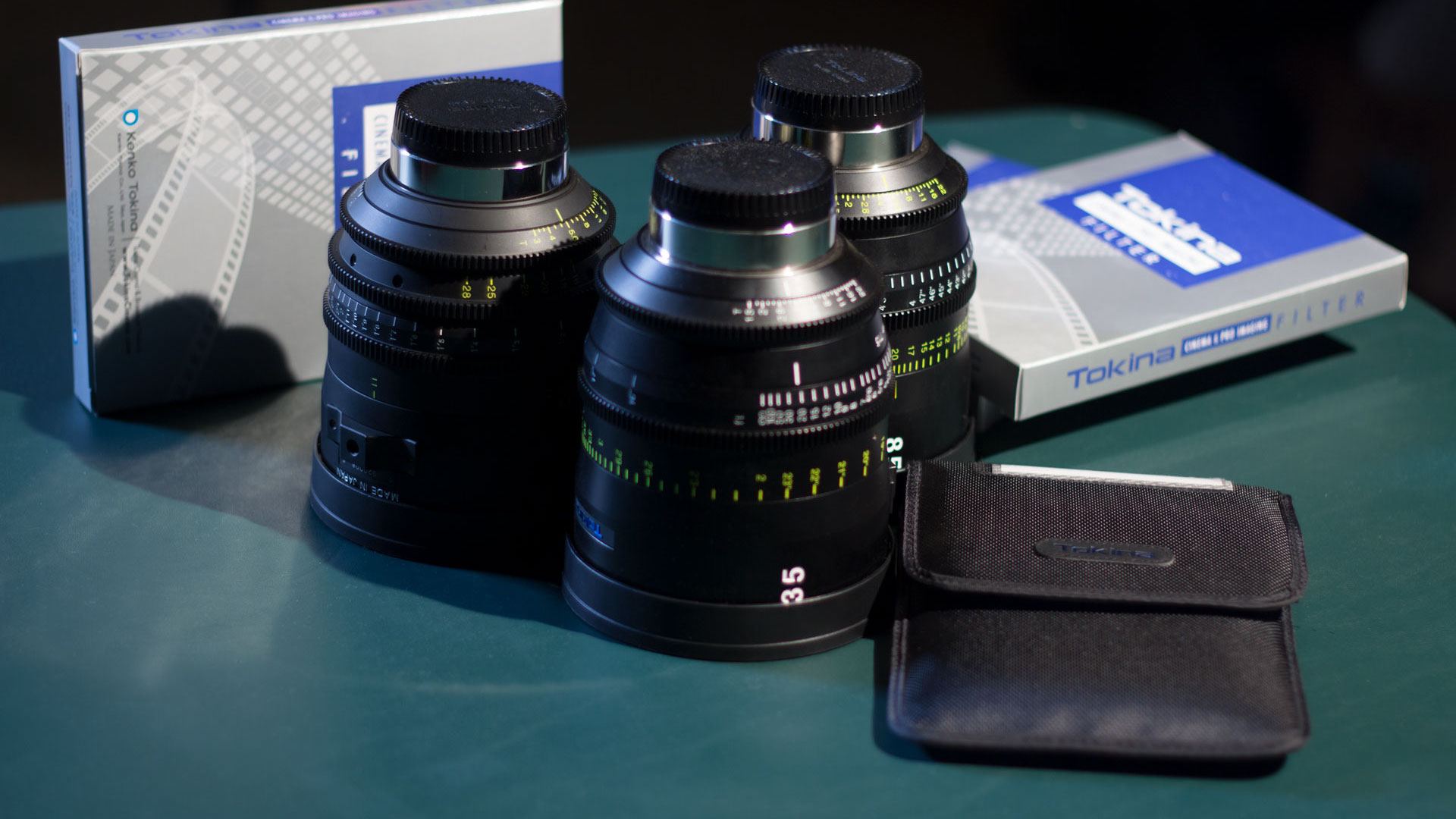 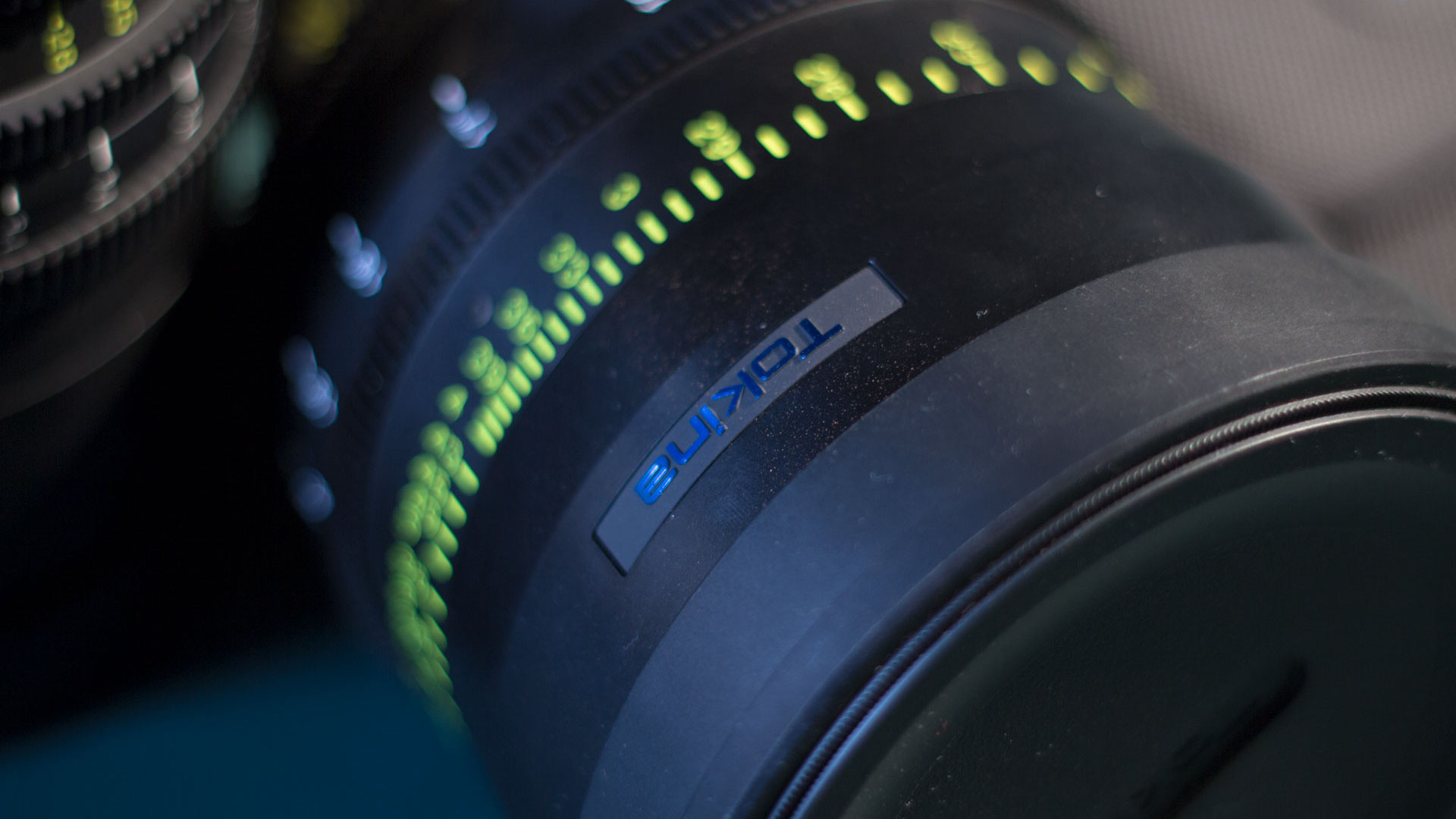