This year (2017), Hamil Bros Studios was afforded the opportunity to have a few ads placed in the Super Bowl in the Midland/Odessa, Texas area. One of those ads was for Affinity Overhead Door Co (AODC for short).

Much like the Affinity Steel ad (see here), we were given a concept to work off of. The main premise is that garage doors can really make a difference in a cookie-cutter neighborhood.
So, without further ado, for your viewing pleasure: The AODC 2017 Super Bowl Ad:

Jacob and I started working on the concept in August, which gave us plenty of time to refine the idea and get prepped for it.

The concept was fairly universal to any house that has a garage door visible from the street, but, we always need to know what we’re getting into for a location.

As it were, we were going to be down in Midland and Odessa shooting another television commercial for the same client, Brandon Adams, for his business Affinity Steel (see the blog post here).

The first thing we did when we arrived for the Affinity Steel weekend was location scouting. Since we were out scouting with Brandon, he took us by the house that was going to be getting the new garage door. 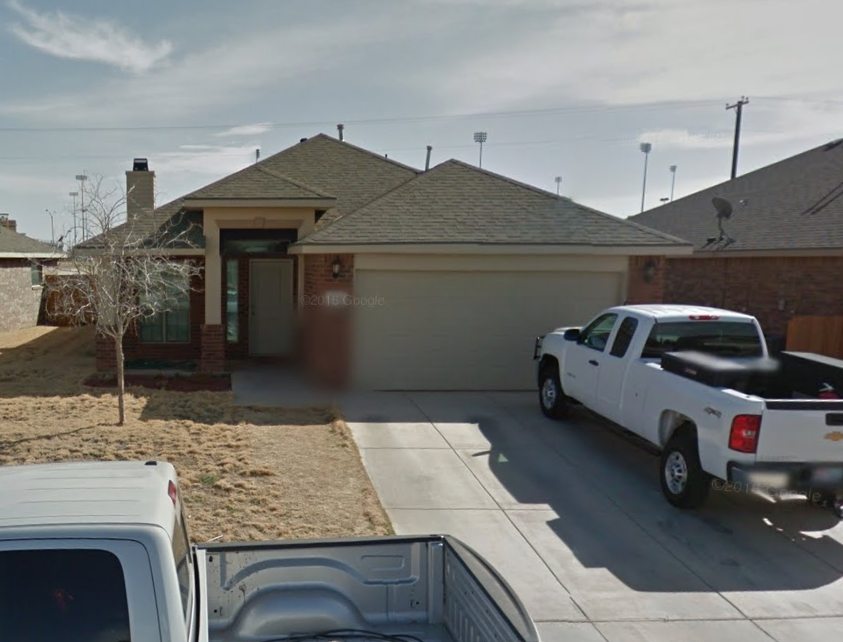 Once the concept was nailed down, it was time to start casting. This meant that we needed to start shooting auditions. The difficult part of this was that we were shooting in Midland, and we are located in Lubbock. So, we decided to pull from our contacts and see who we could get audition videos from. We had several people reach out, and we ended up landing on Ryker Taylor and Natalie Weaver for our couple.

Now, it’s a little known fact, but, we’ve been working with Natalie on various projects over the last year. Unfortunately, none of the projects that we used her in were anything we would end up sharing. Finally, we have something that we’re all extremely happy with, and, we were able to get a really good one in before she takes off across the country for her professional modeling career. We encourage everyone to follow her here 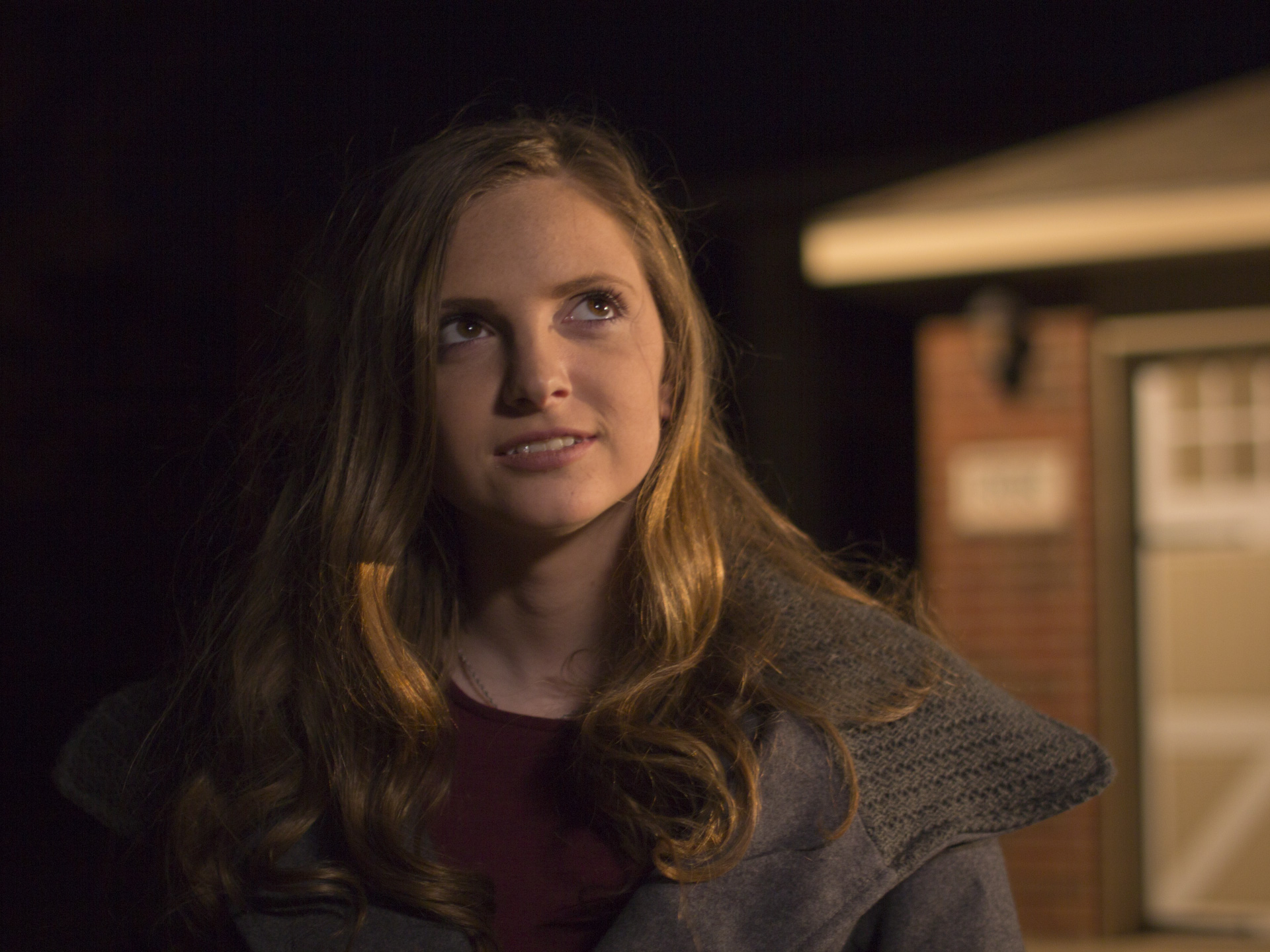 For the guy in the couple, we had a specific look we were going for and Ryker fit the bill to a “T.”

Ryker is our web developer (yes, he designed our website and you can check him out here) and, to his admission, he’s not an actor, but, this gave me an opportunity to really see what my directing skills were like. 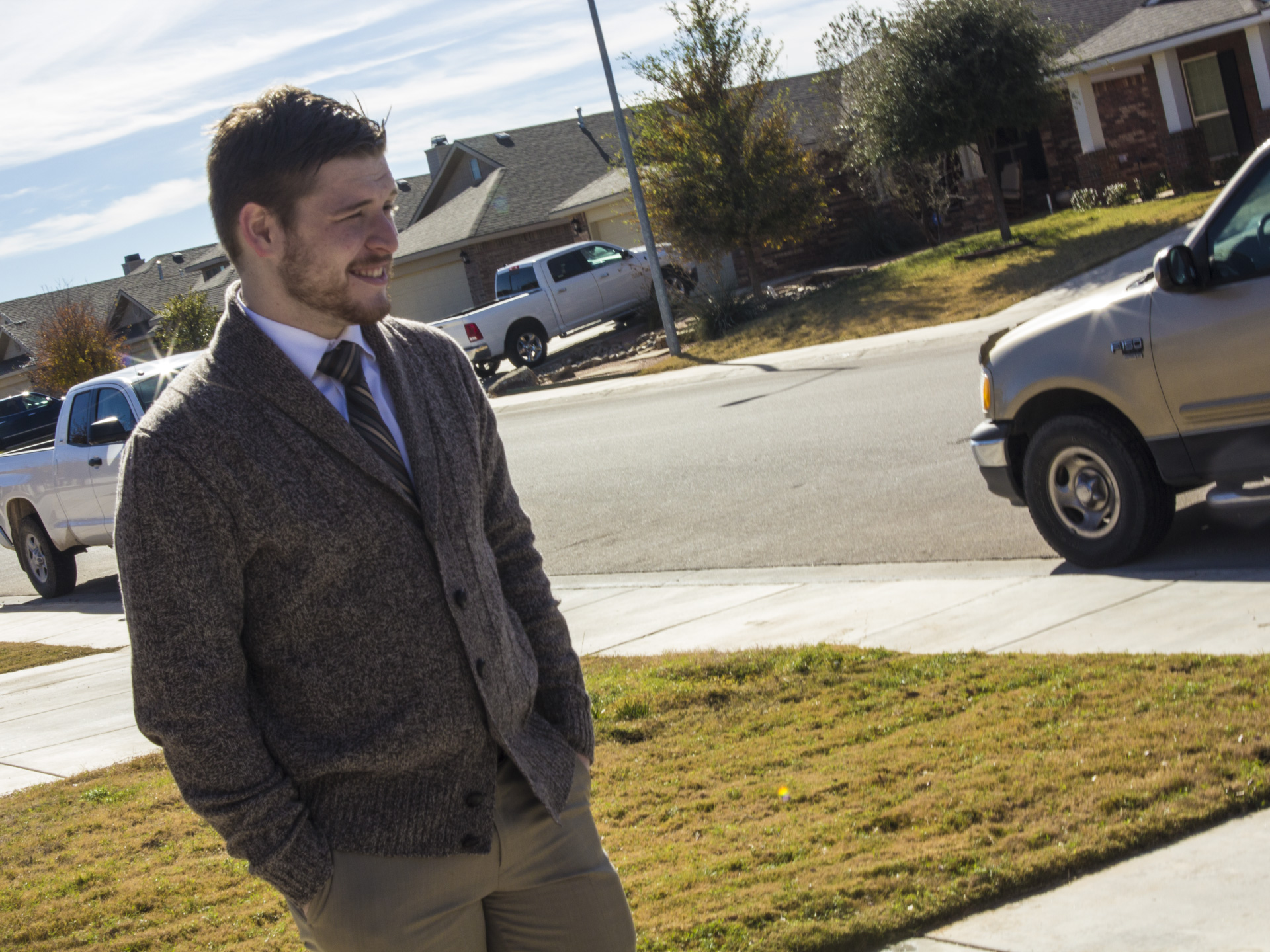 What we ended up deciding on, was bringing them both in and see if we could get Natalie to drive Ryker crazy… I’m not sure what kind of comment this is on Natalie’s skills, but, she did a fantastic job of driving Ryker to the brink of insanity. This, of course, was the task we gave her and she really knocked it out of the park (disclaimer: it has been Hamil Bros Studios’ experience that Natalie Weaver is not really annoying.)

The next piece of the puzzle was finding a “home owner.” Enter Chris Stonedale, aka: secret agent, 008 ½ Simon Stonehenge.

Jacob and I met Chris earlier in 2016 after writing and producing a promotional video for the Boys and Girls Club of the Permian Basin. Chris is one of the directors of the Midland side and was a blast to work with, so, when he reached out to audition for the part, we were ecstatic. 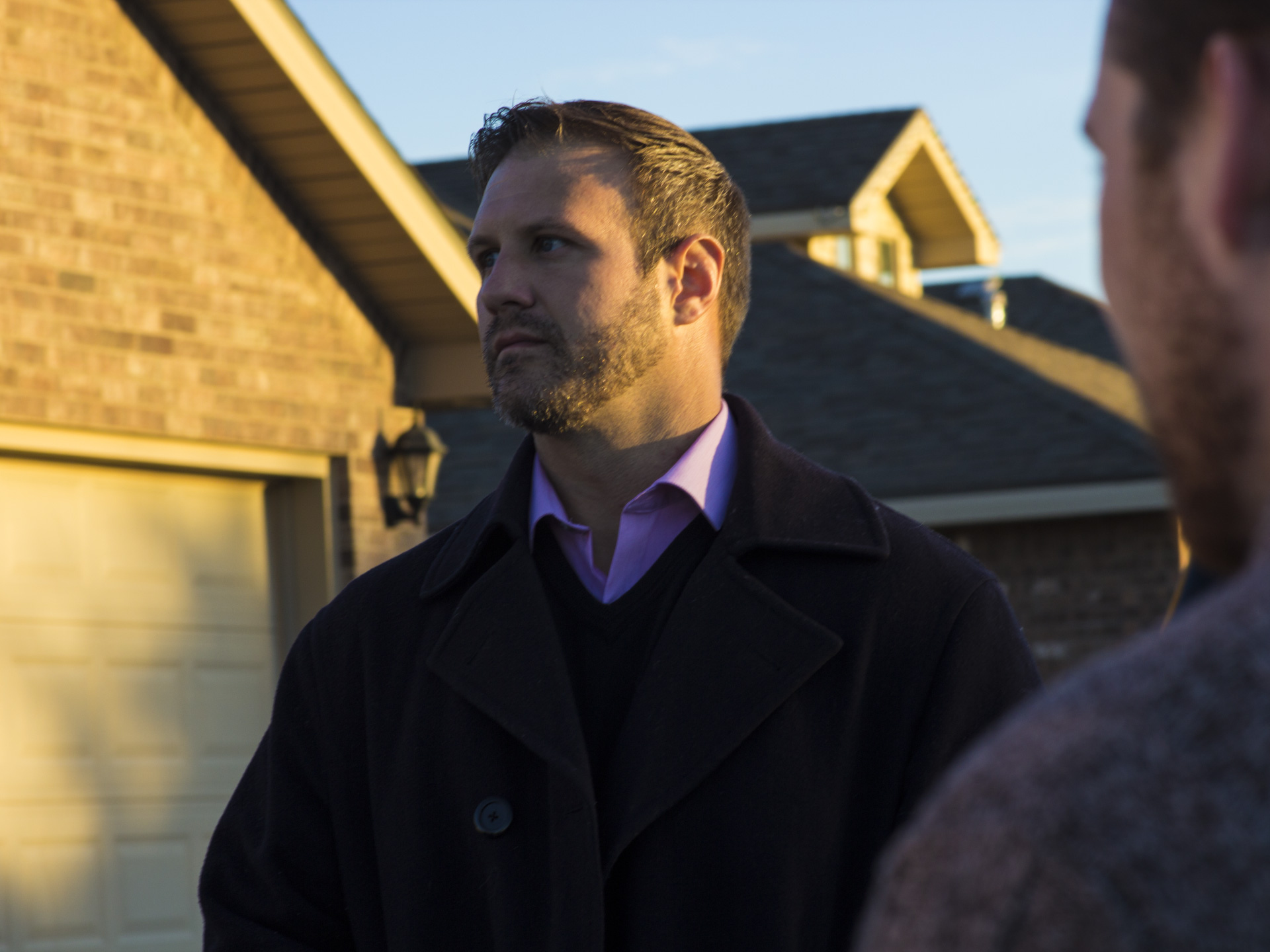 The last thing to put in place, was hiring help. Enter Scott Hilburn to the rescue! Jacob and I met Scott through an online cinematography community that we are both active in. 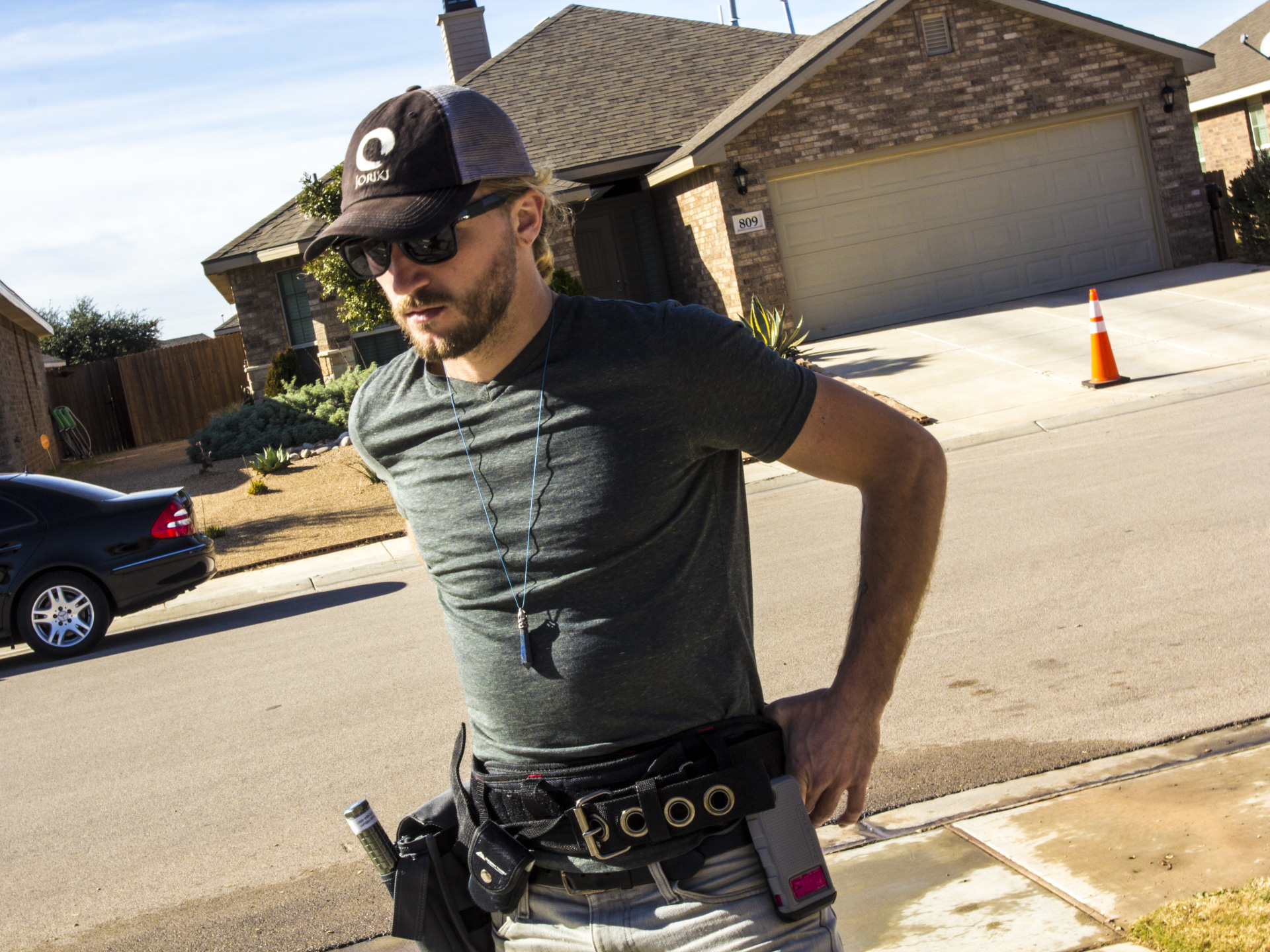 Once, everyone was in place, we decided to schedule the shoot for December 12th and 13th of 2016. These were the only dates we could make work with everyone’s schedule to get this thing done before the end of the year and while the weather was still moderately tolerable.

Jacob and I arrived in town on the 11th and Scott arrived about 4am on the 12th.

We were scheduled to begin production at 9am. 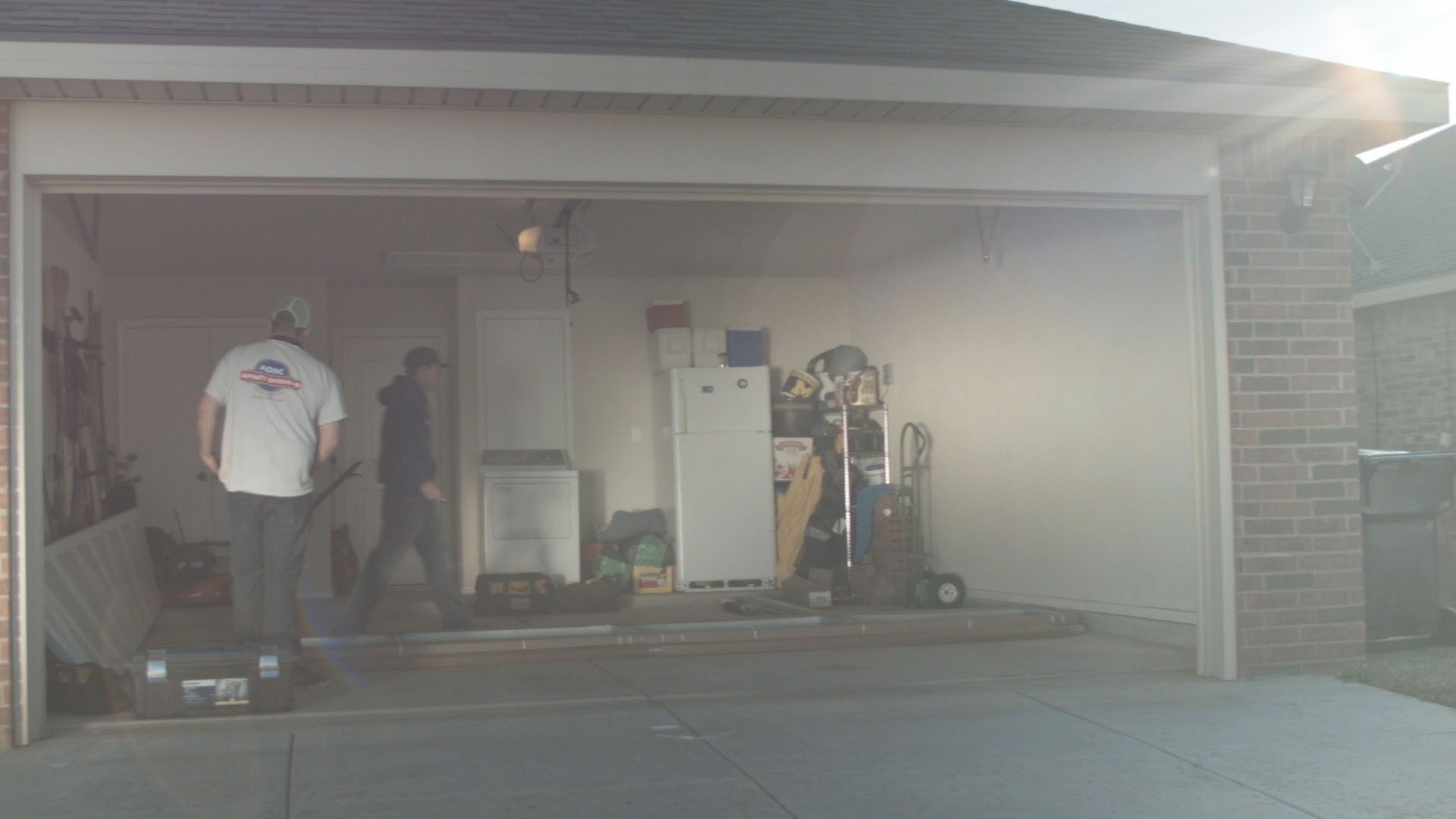 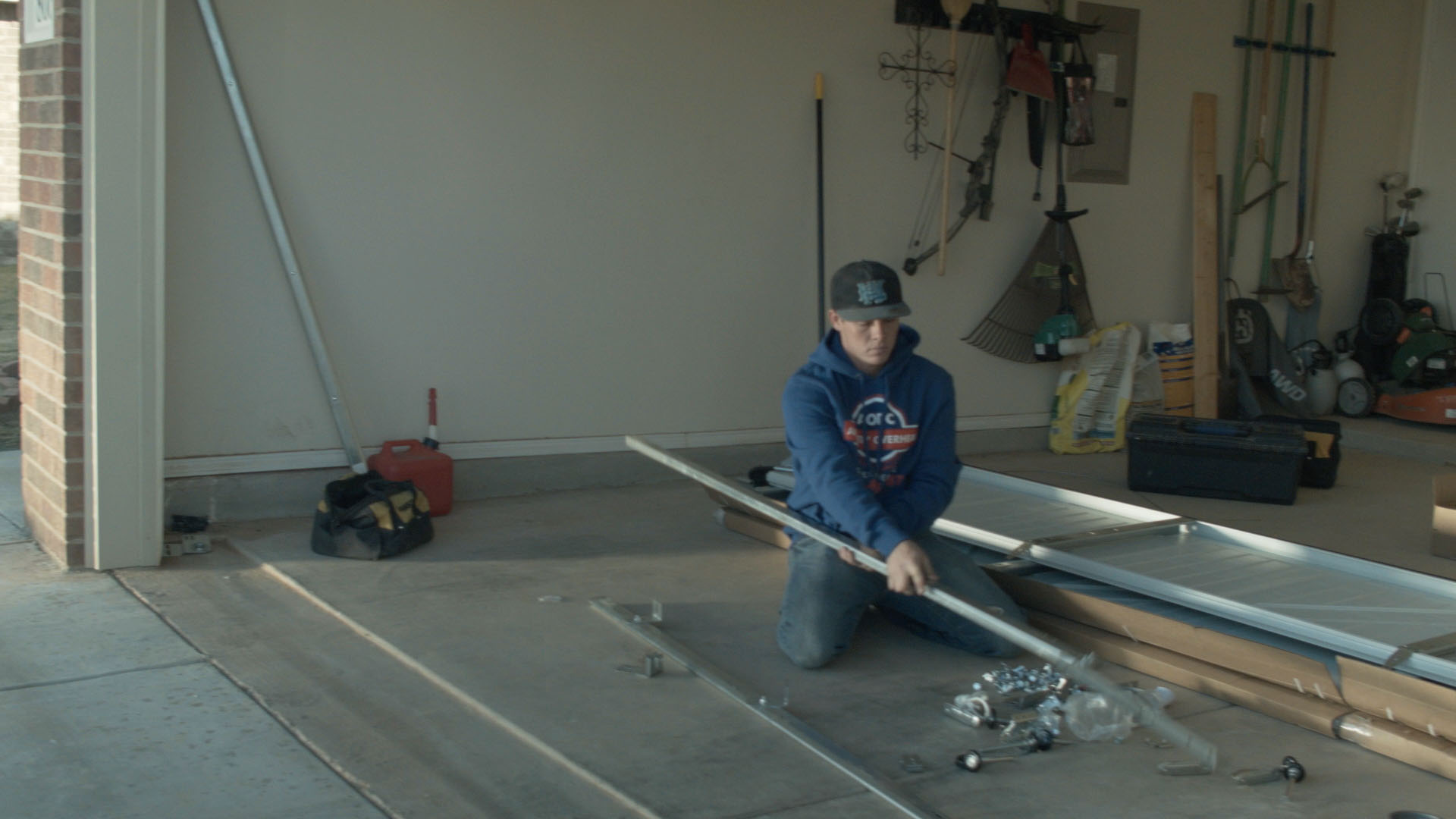 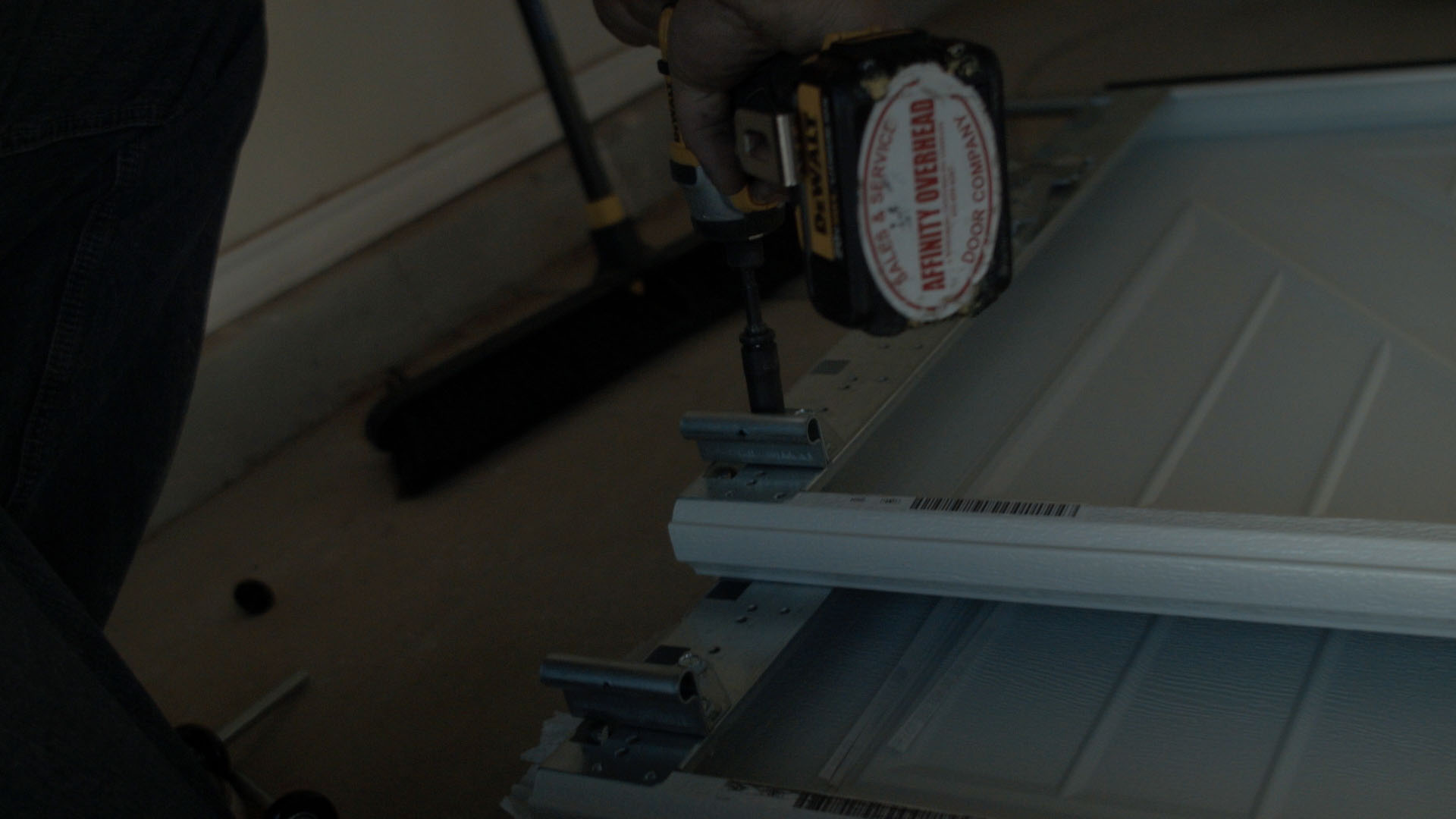 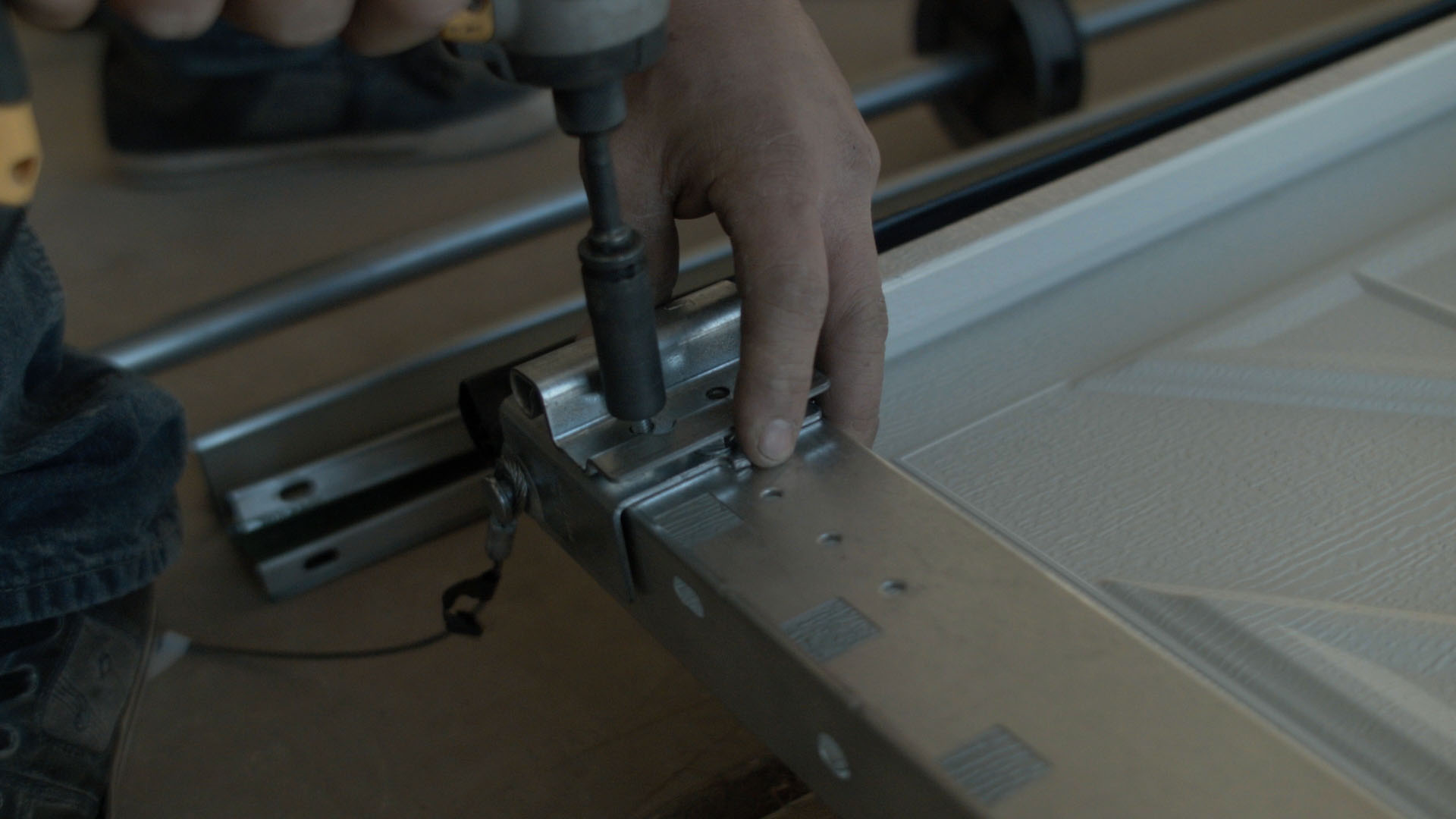 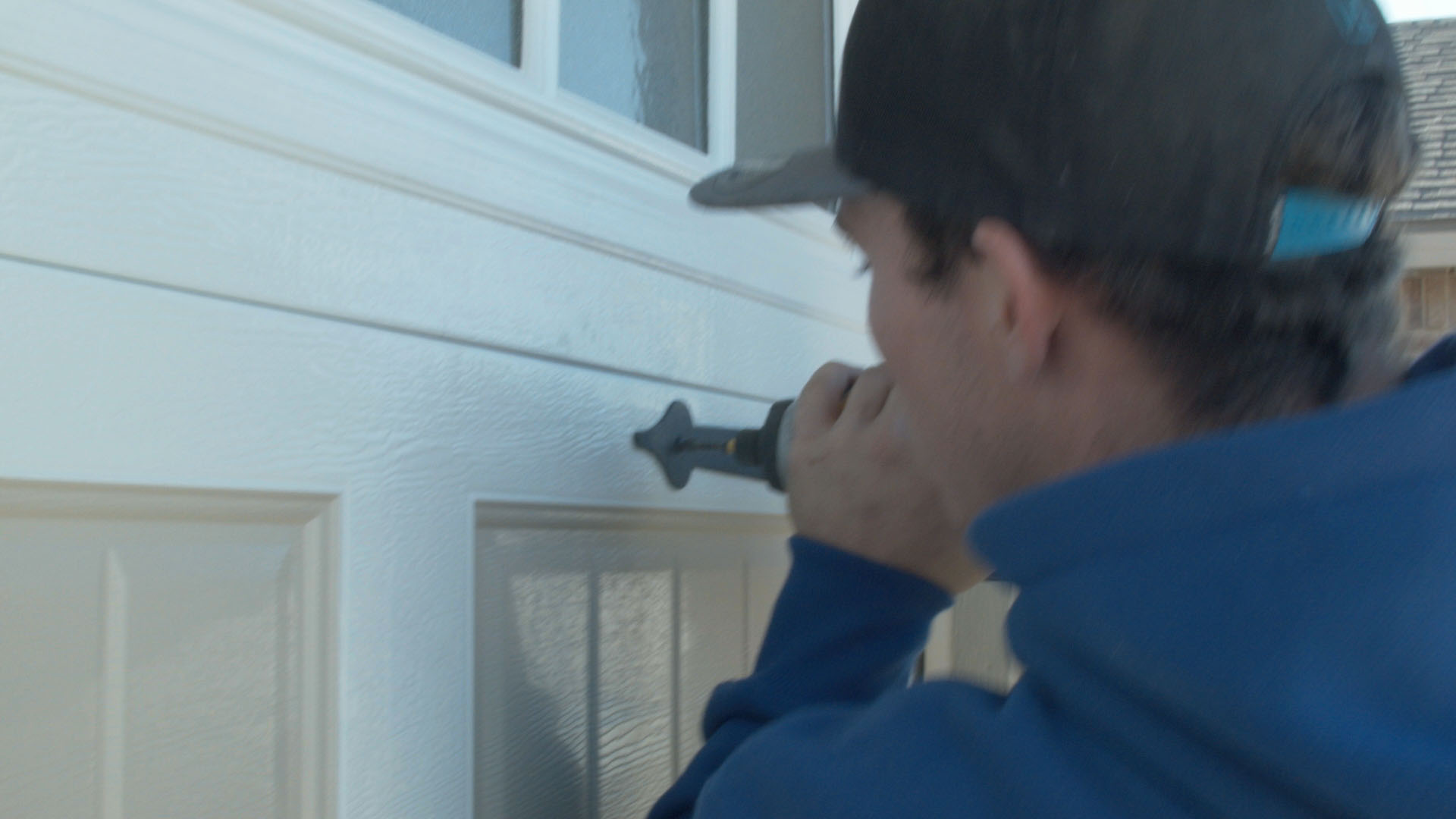 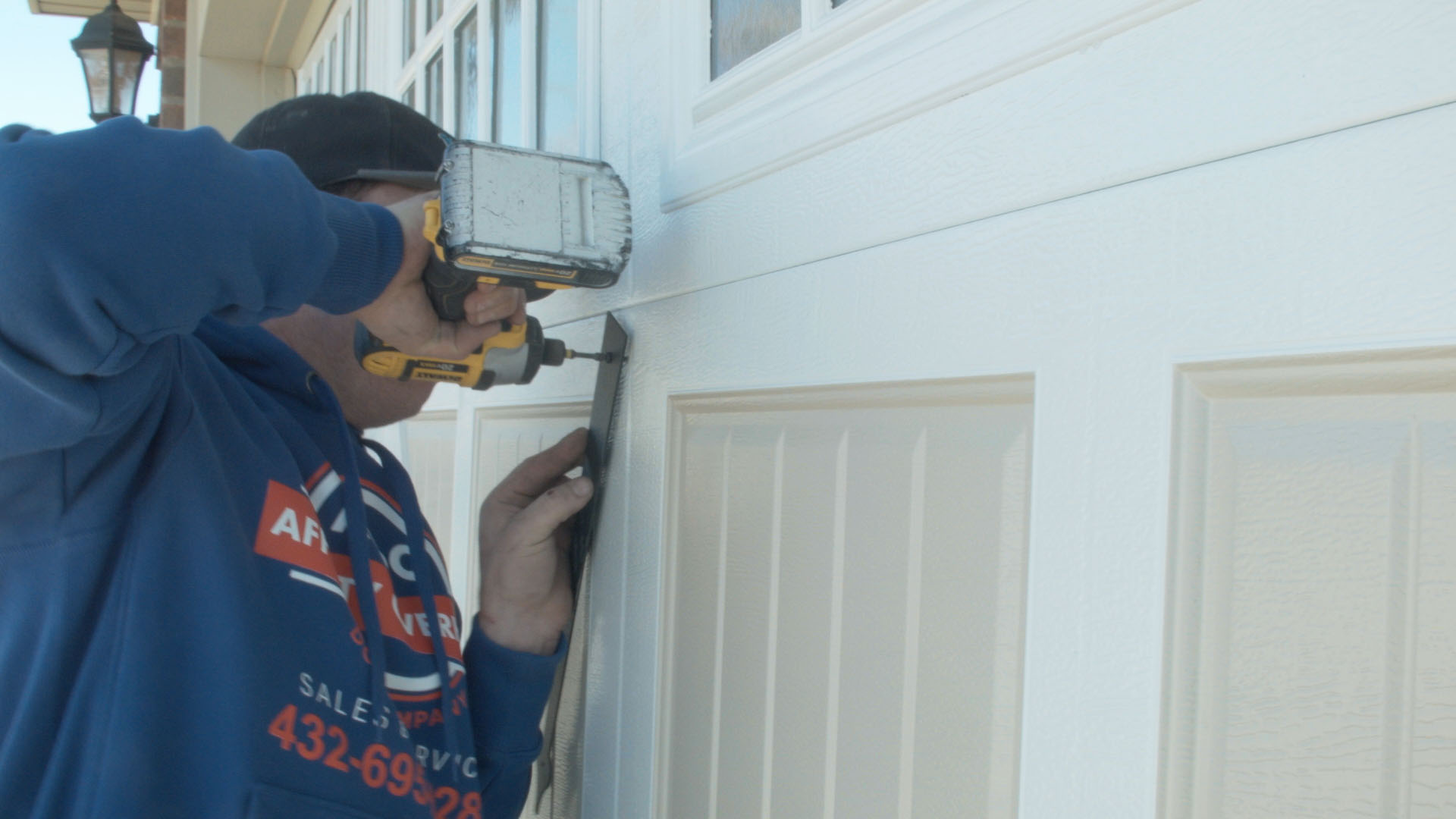 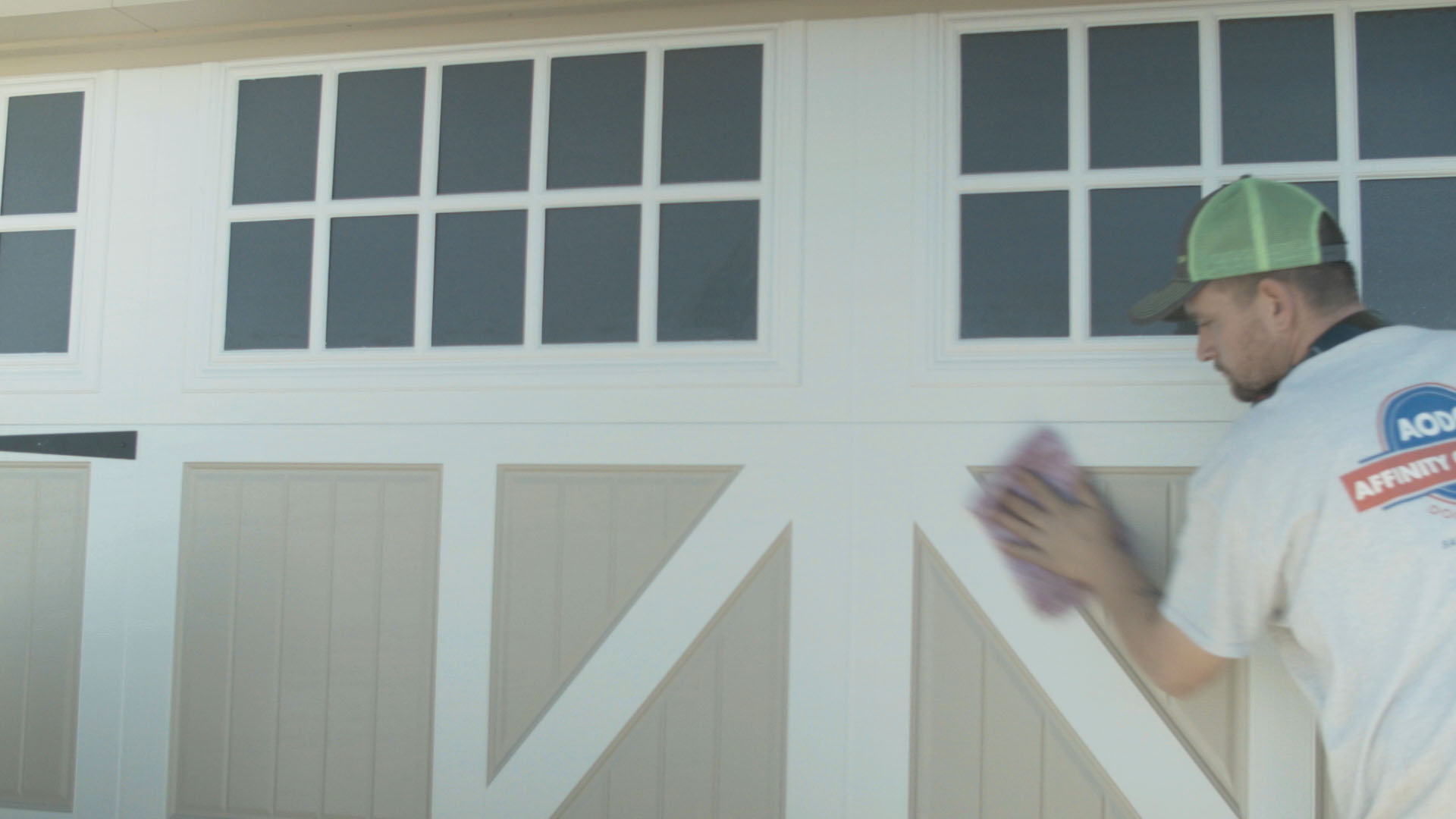 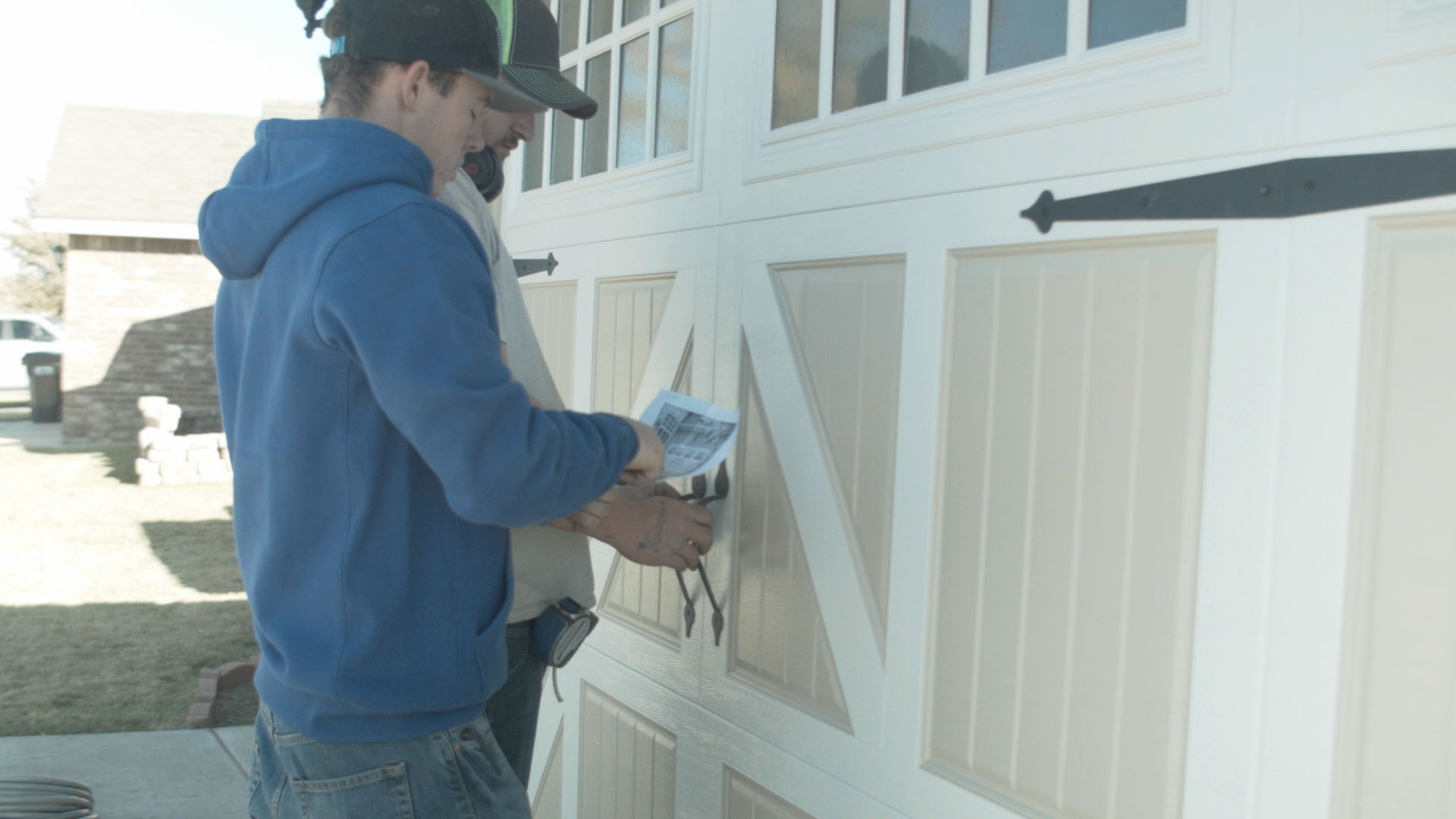 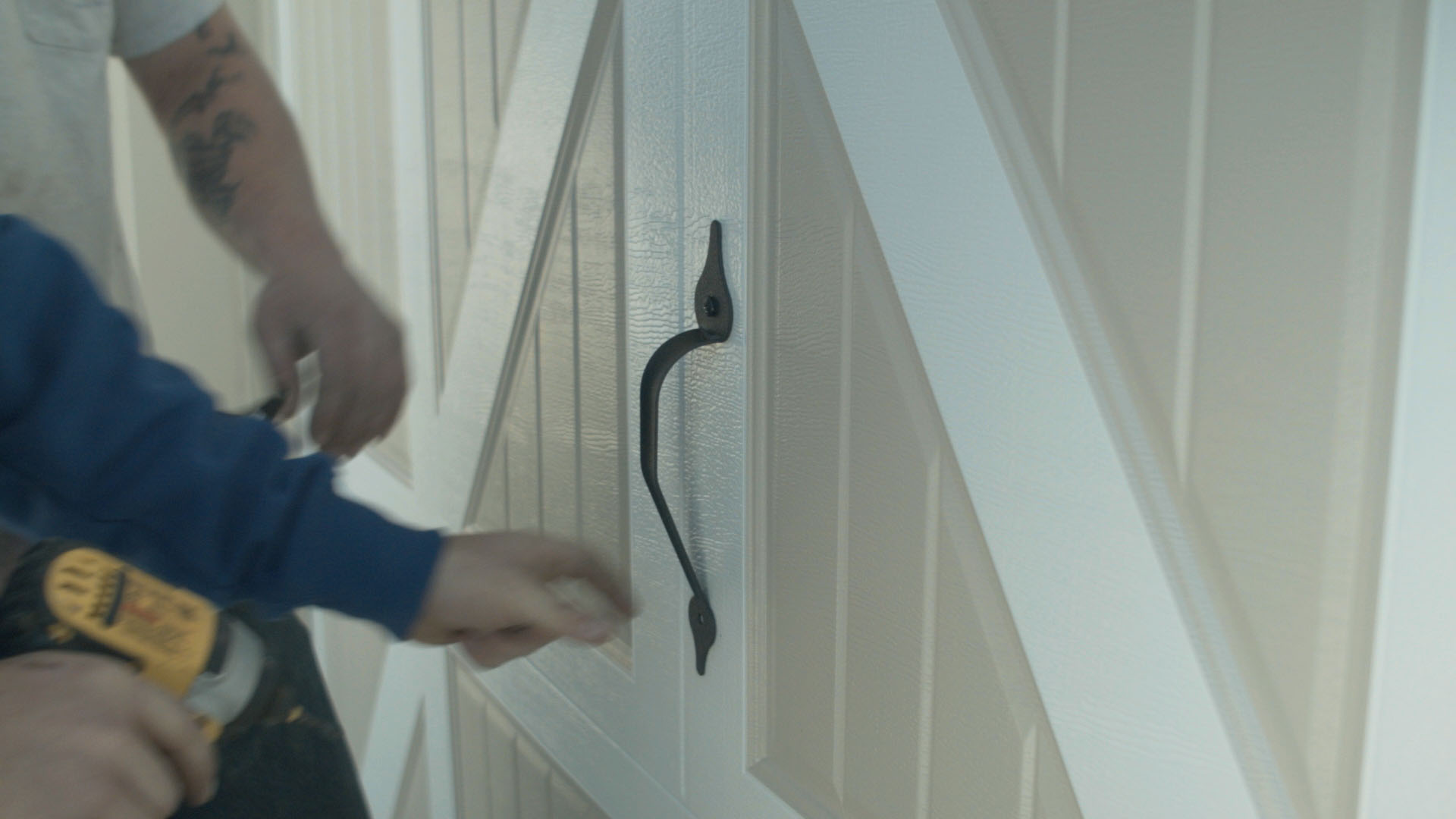 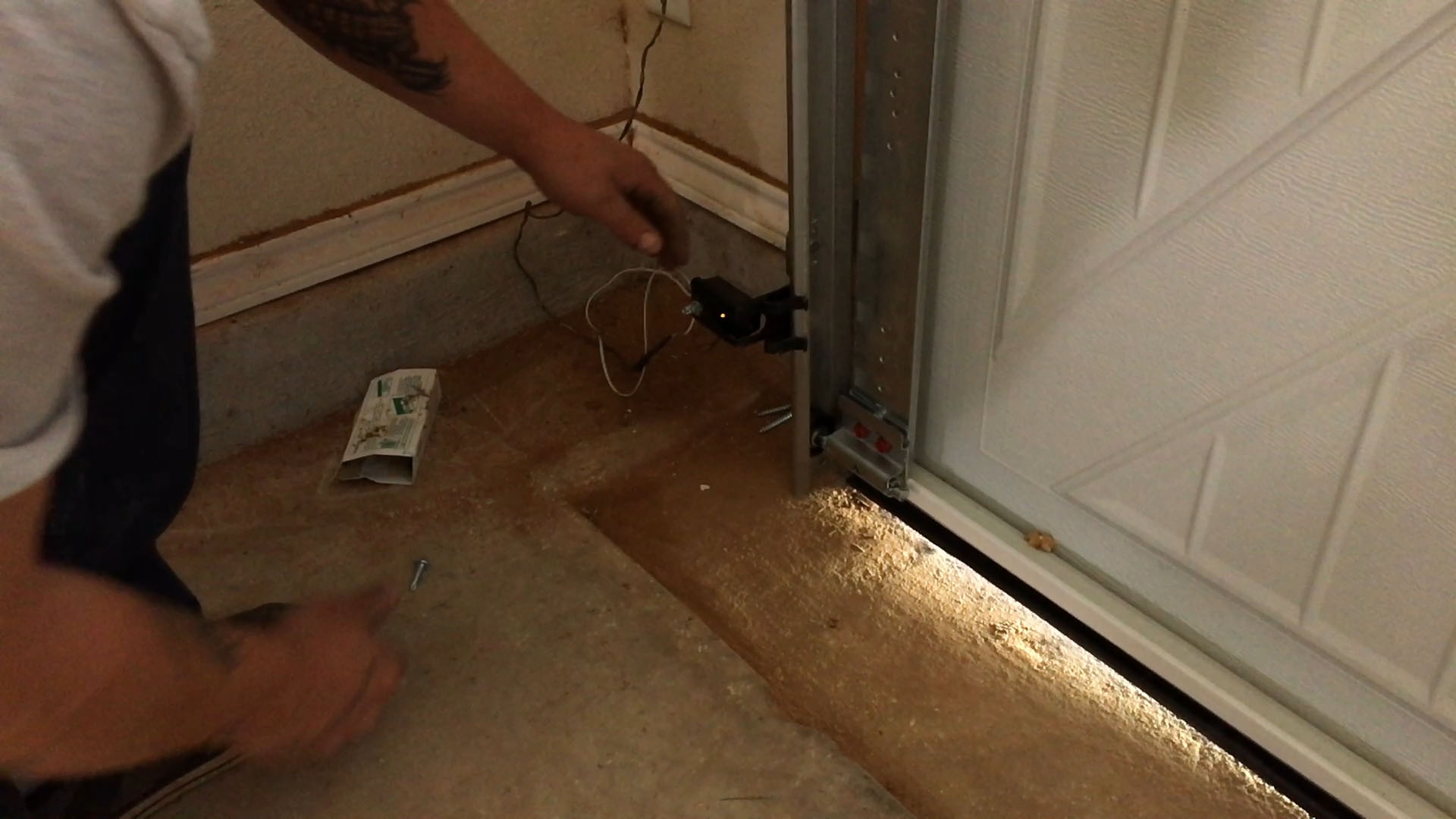 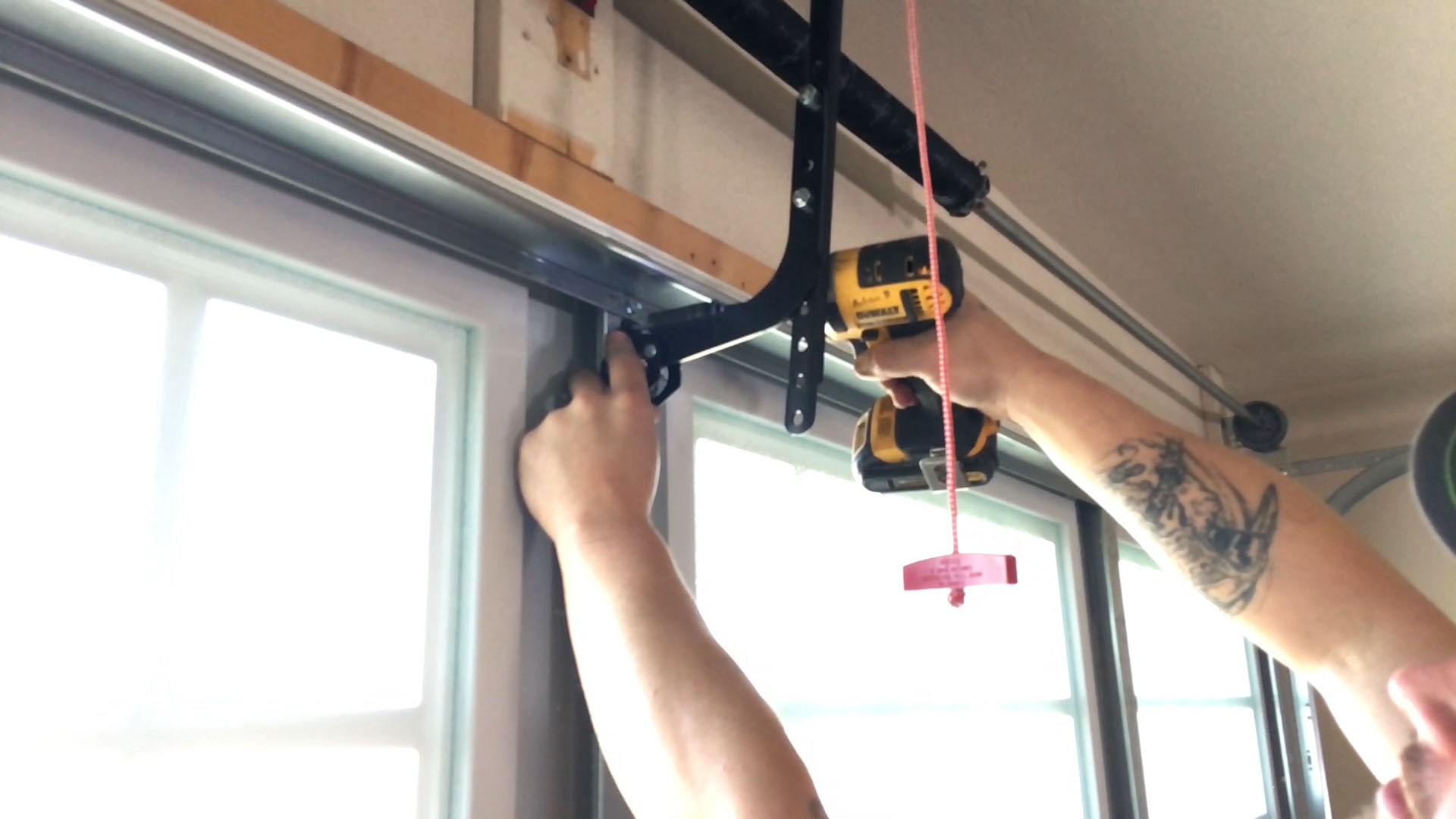 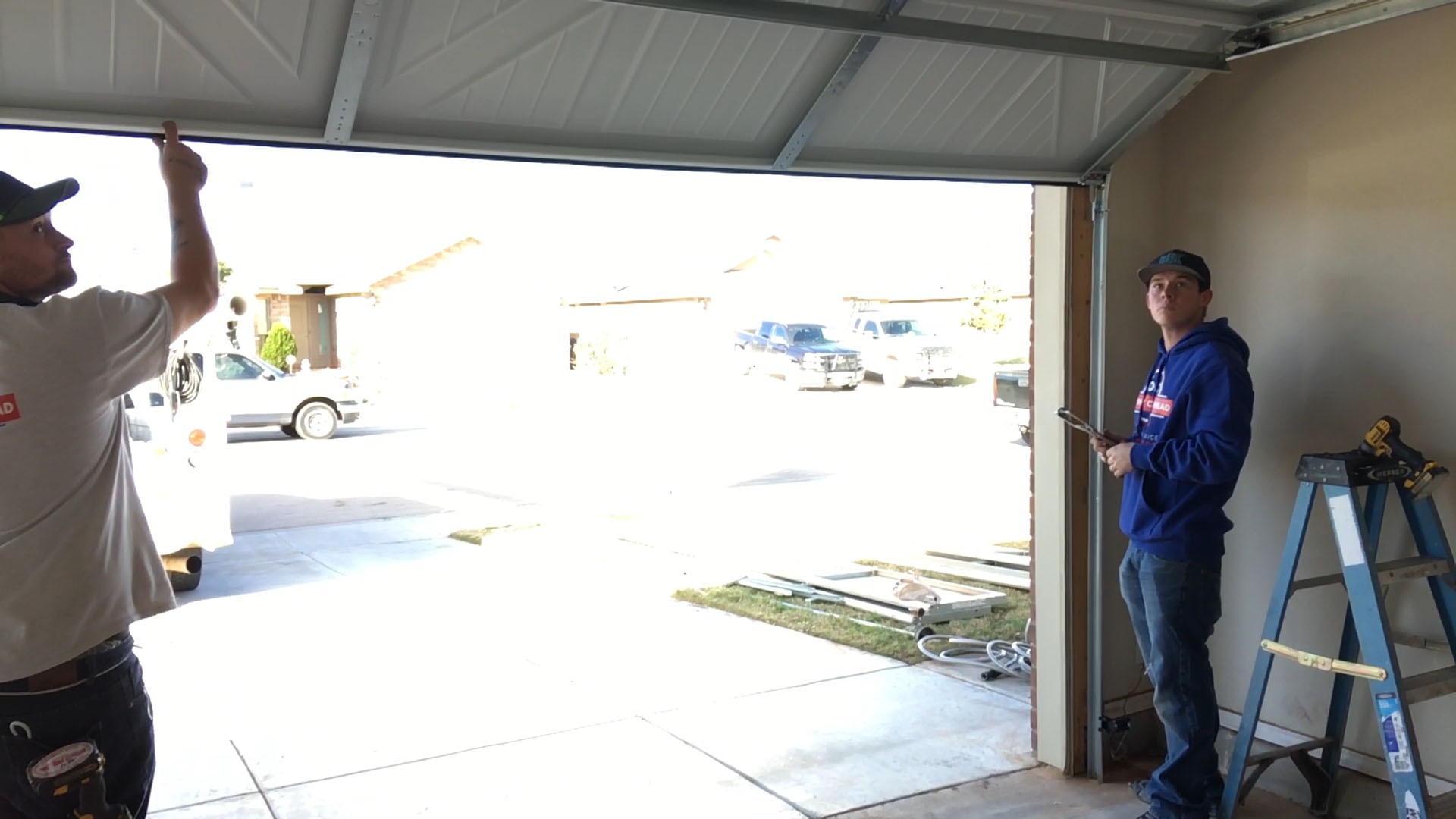 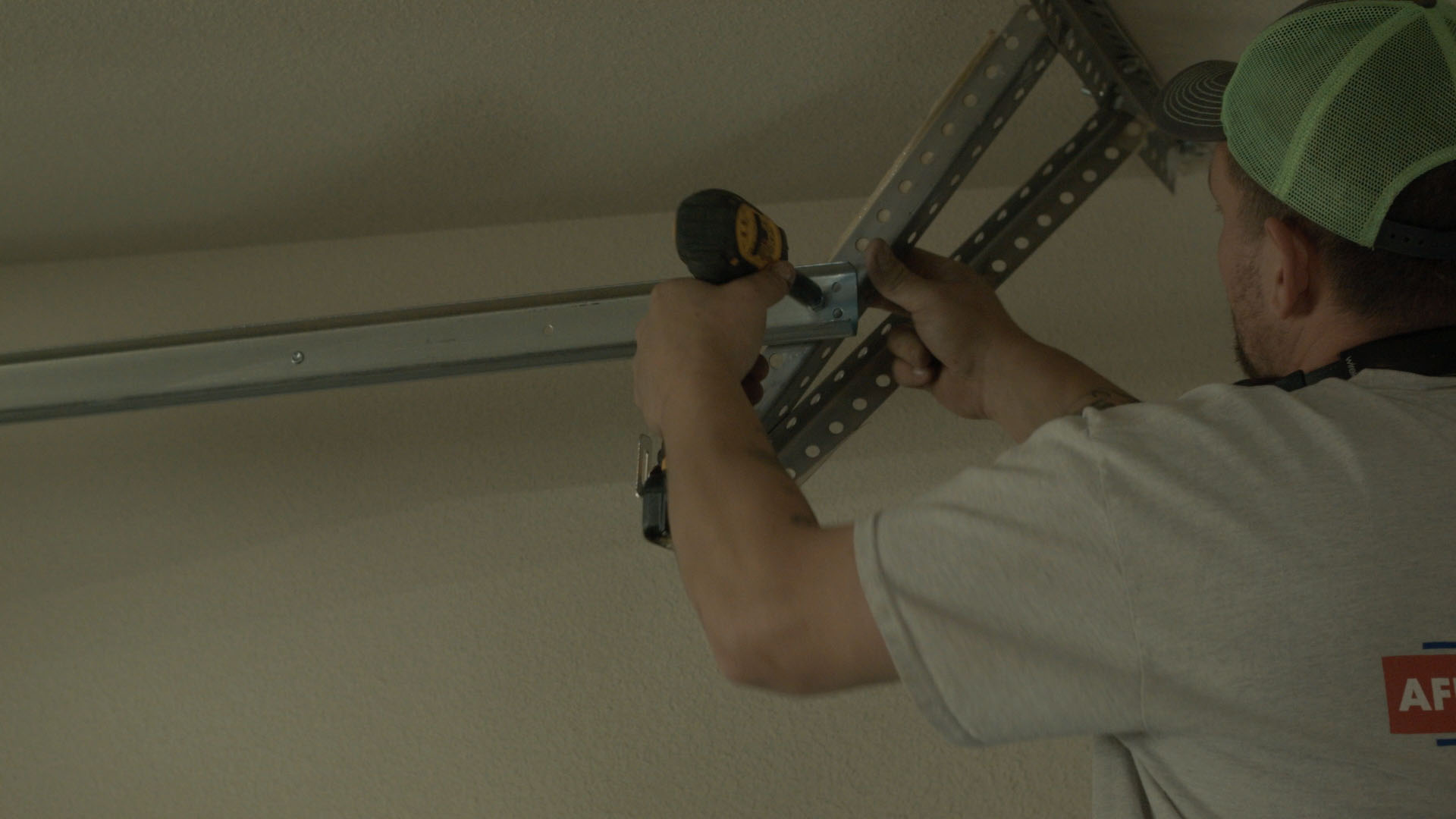 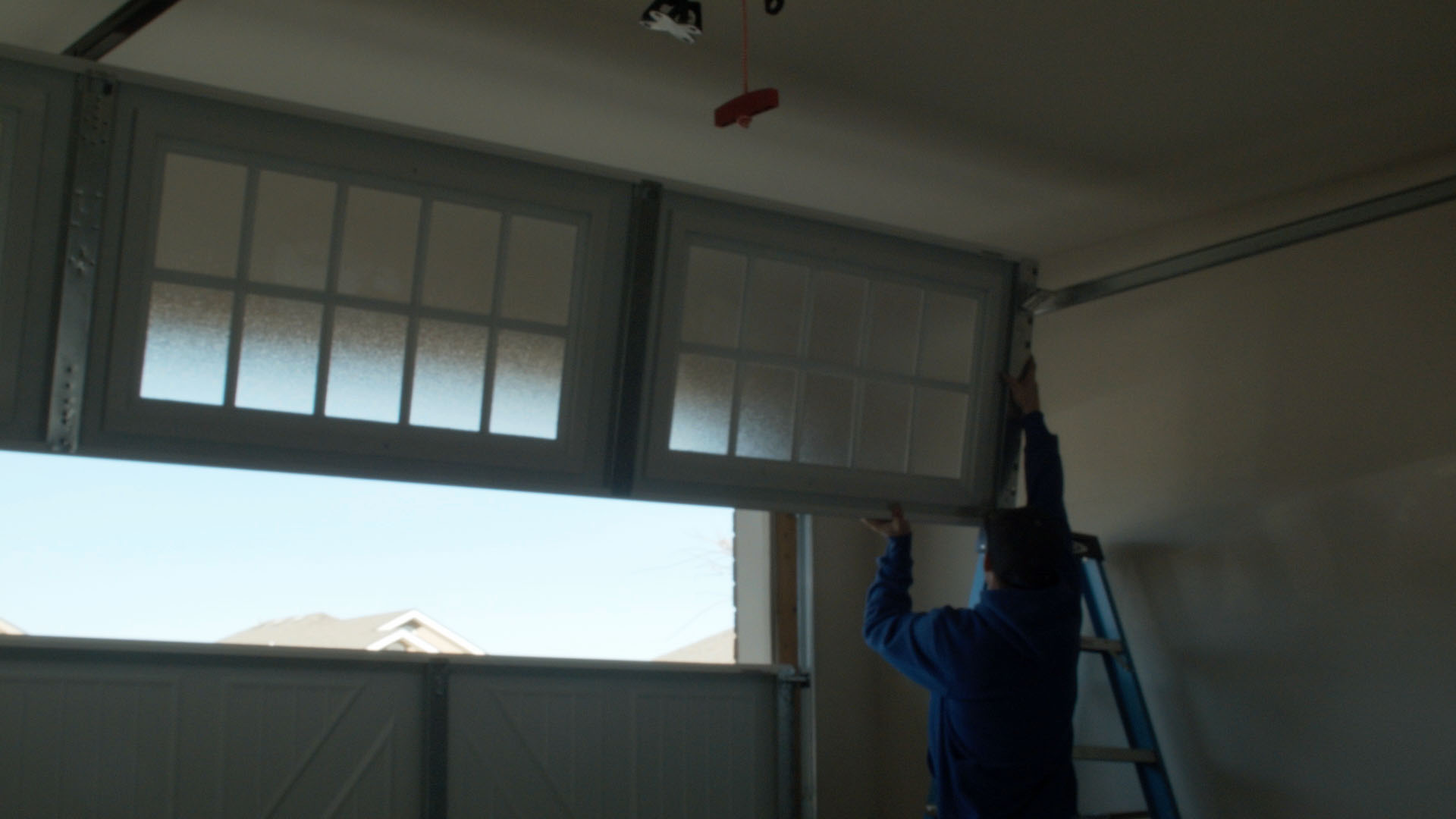 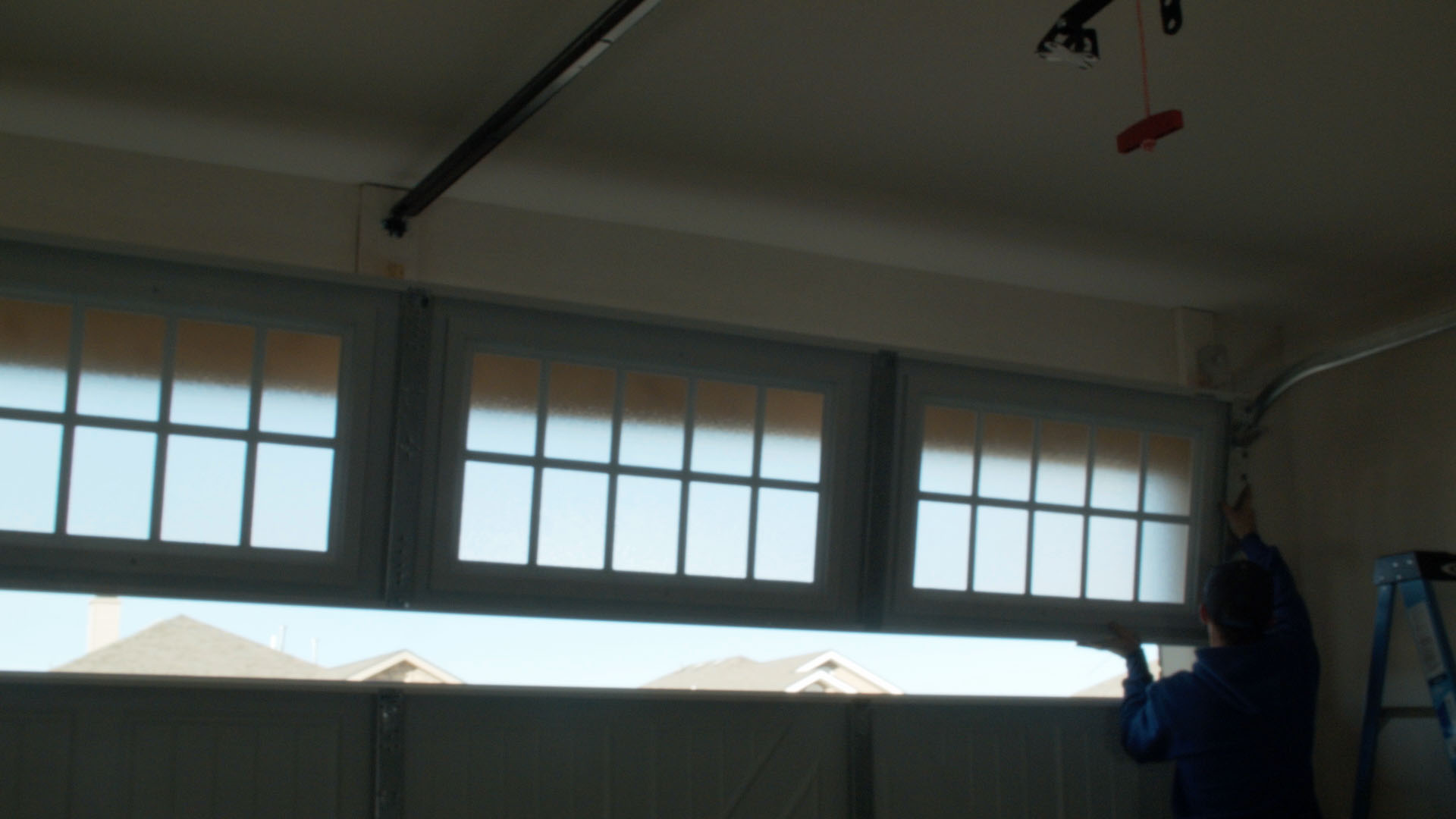 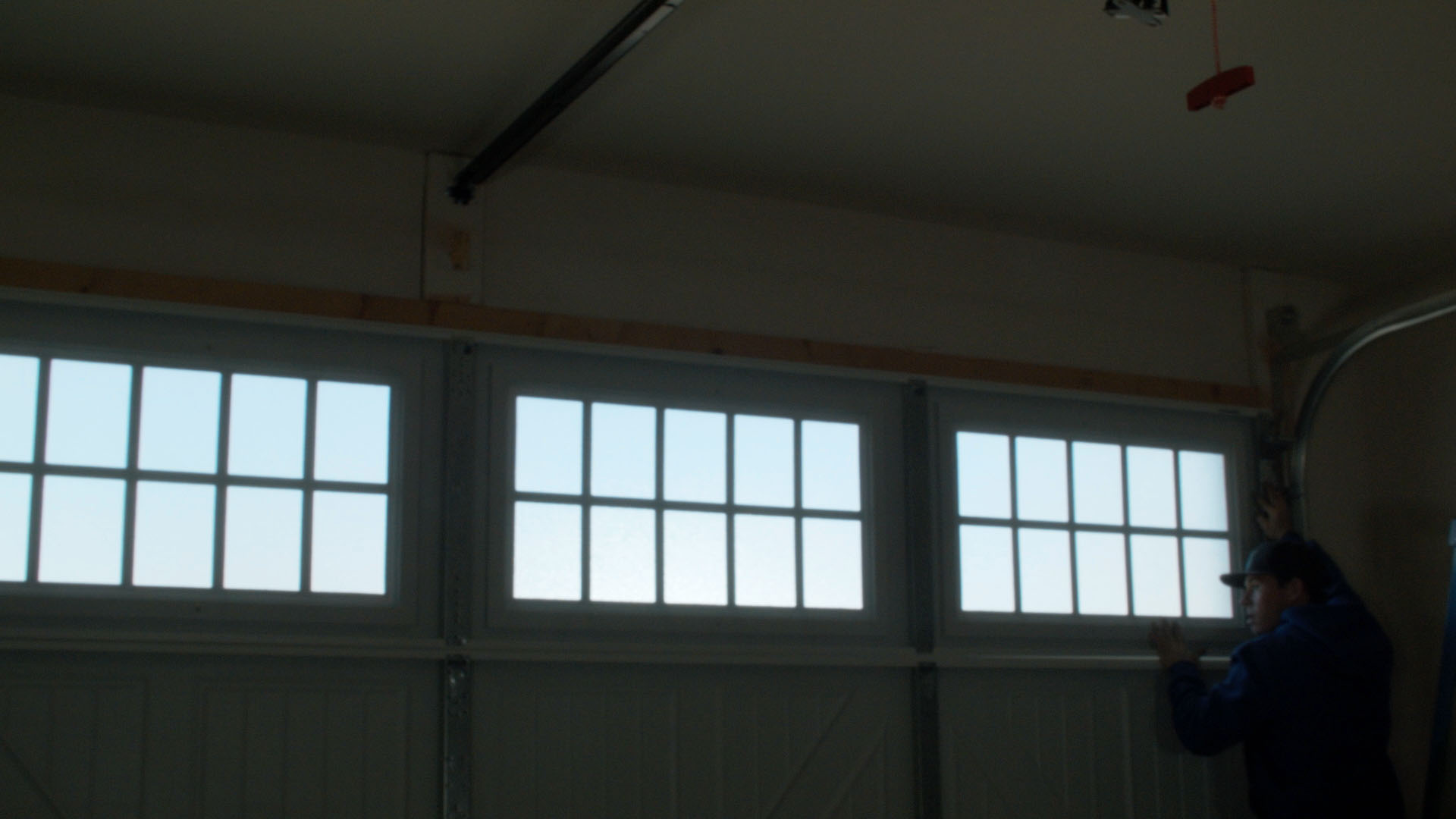 The first part of the shoot was relatively easy, we were going to shoot some candid video of the technicians doing the actual install of the door. So, while Jacob and Scott got the trailer unloaded and ready for the more narrative parts of production, I grabbed our handy little Blackmagic Micro Cinema Camera and went to town. Part of the way through this part, I, effectively, got trapped in the garage and couldn’t get to any extra batteries and my camera and monitor died. At this point, I already had more than enough footage to work with, but, I really wanted to make sure we had all the coverage we could possibly use, so, I pulled out my iPhone and used an app called “Filmic Pro” to catch everything else.

One of the first things that the script called for, was a couple arguing in their car while looking for a specific house. To pull this off, we needed a secure way to mount our Blackmagic Production Camera to the vehicle to get the shot.

For this, we turned to our new friend: the trusty Matthews Master Car Mount System. 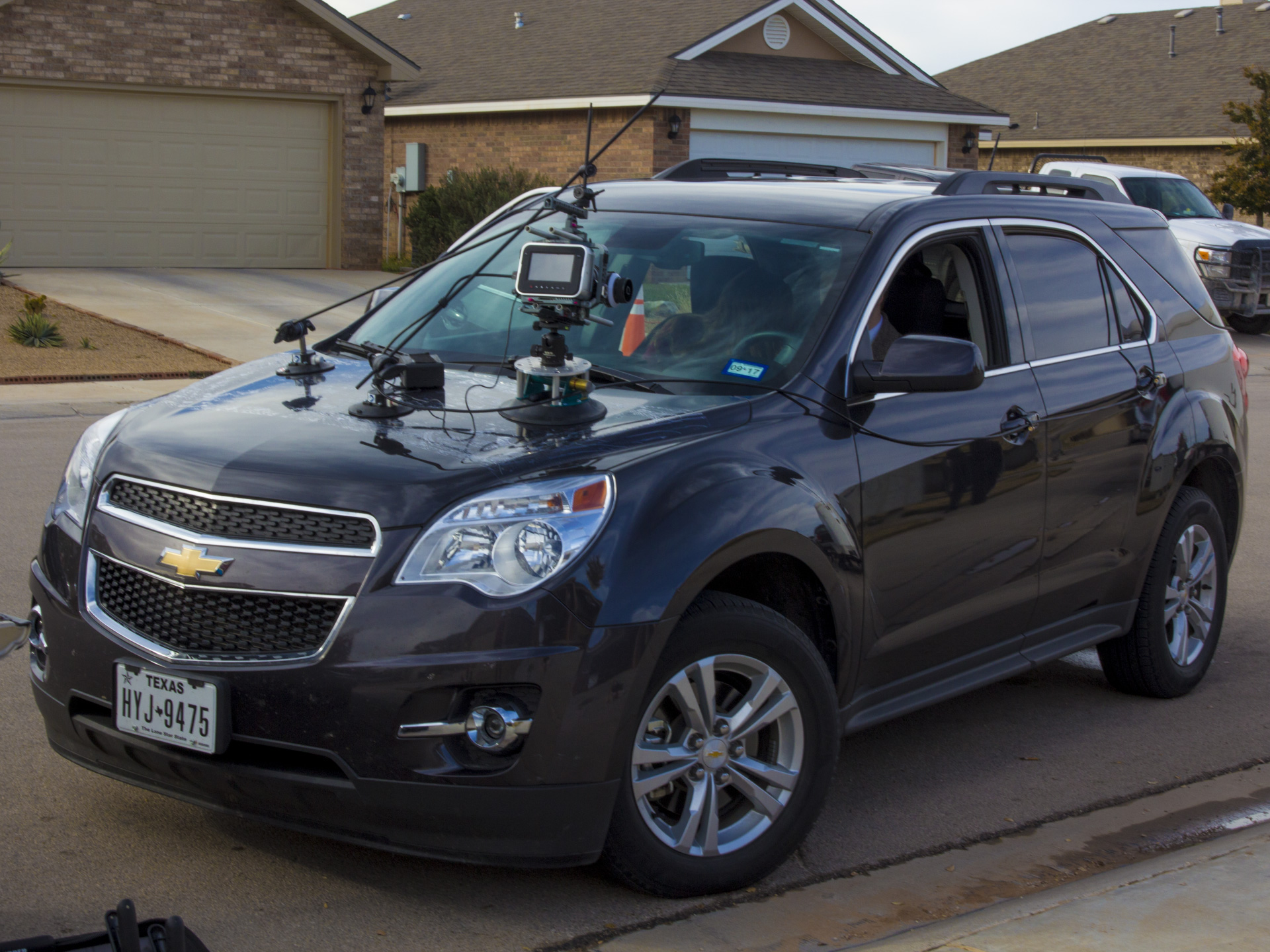 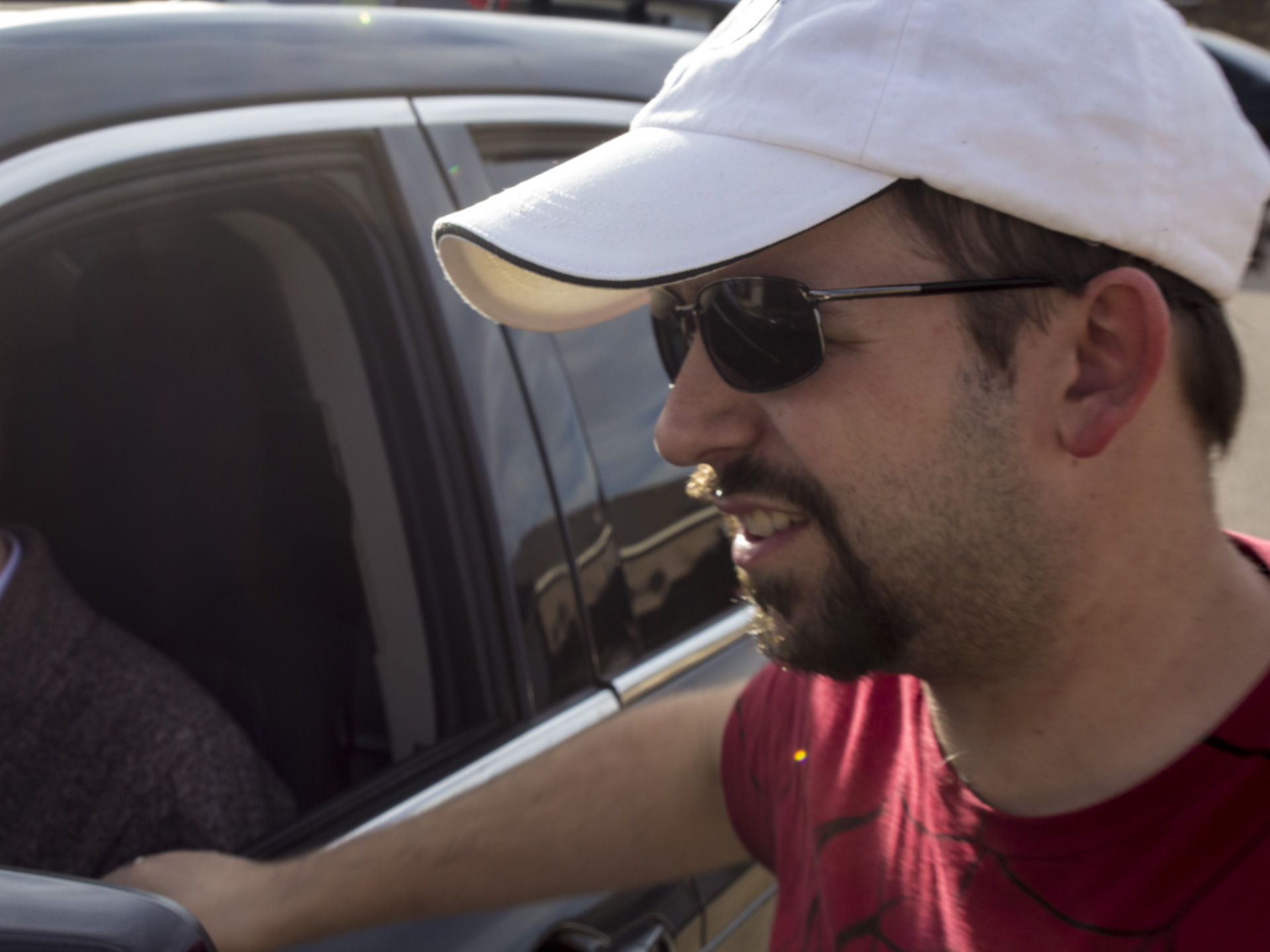 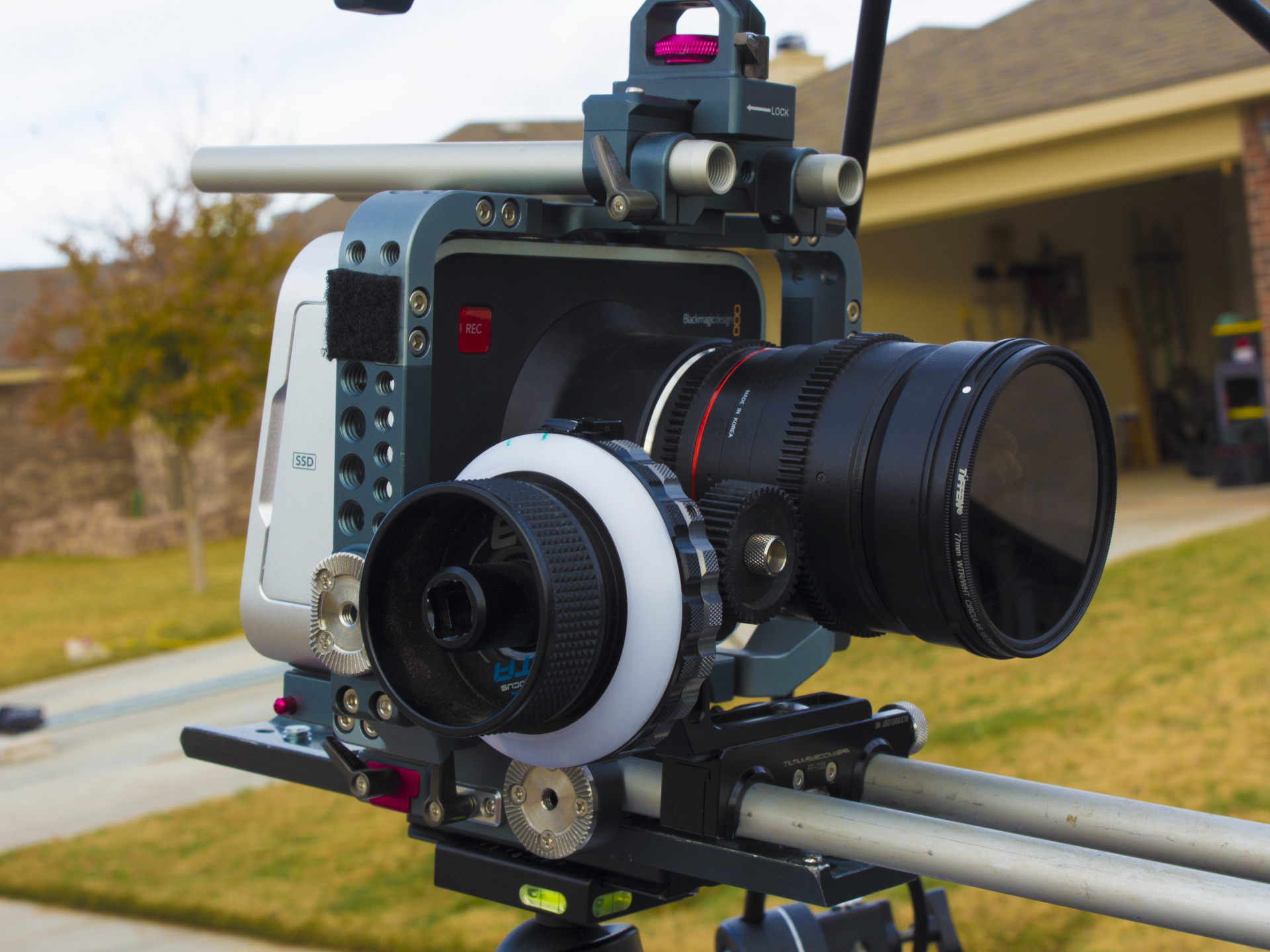 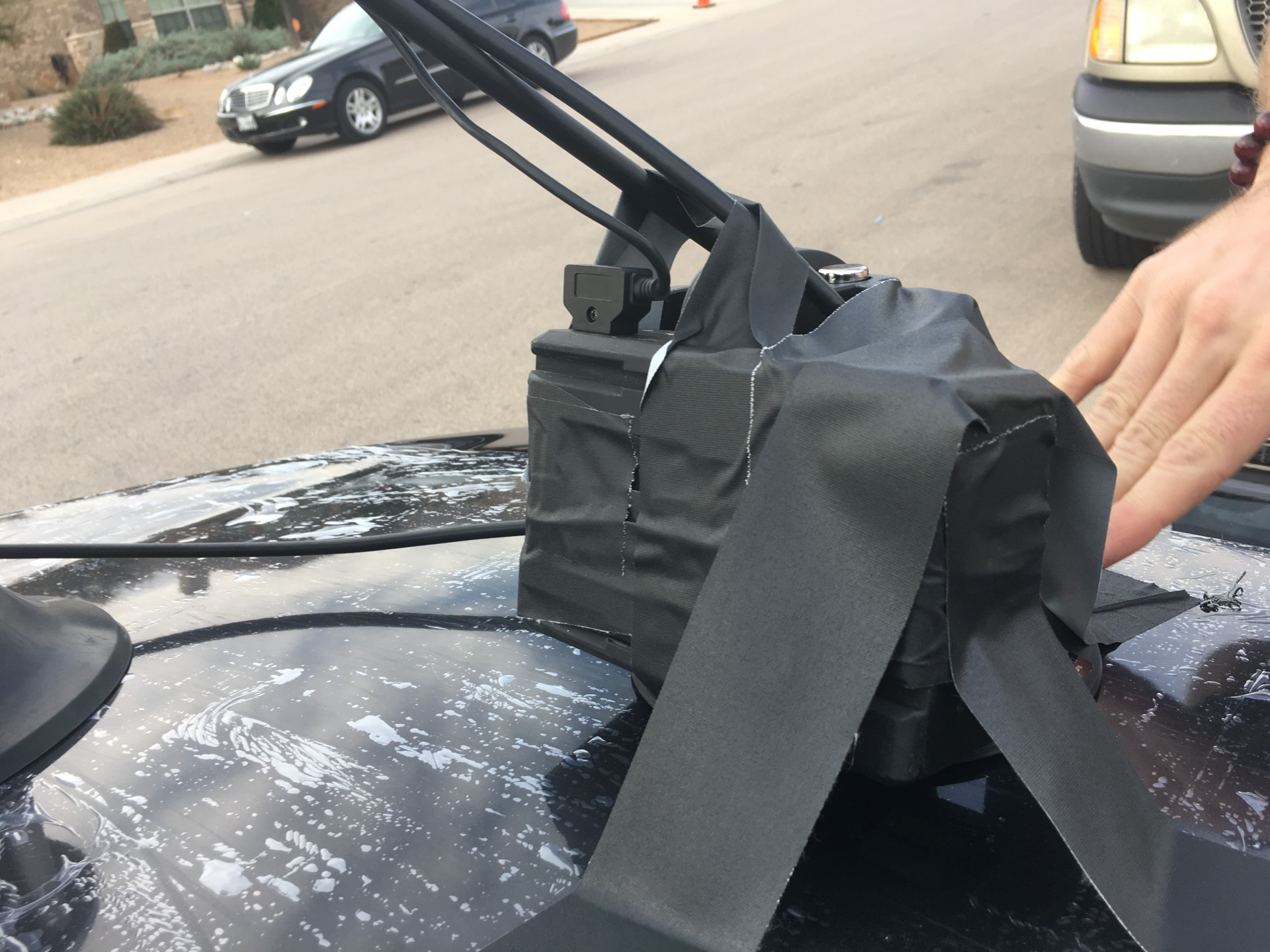 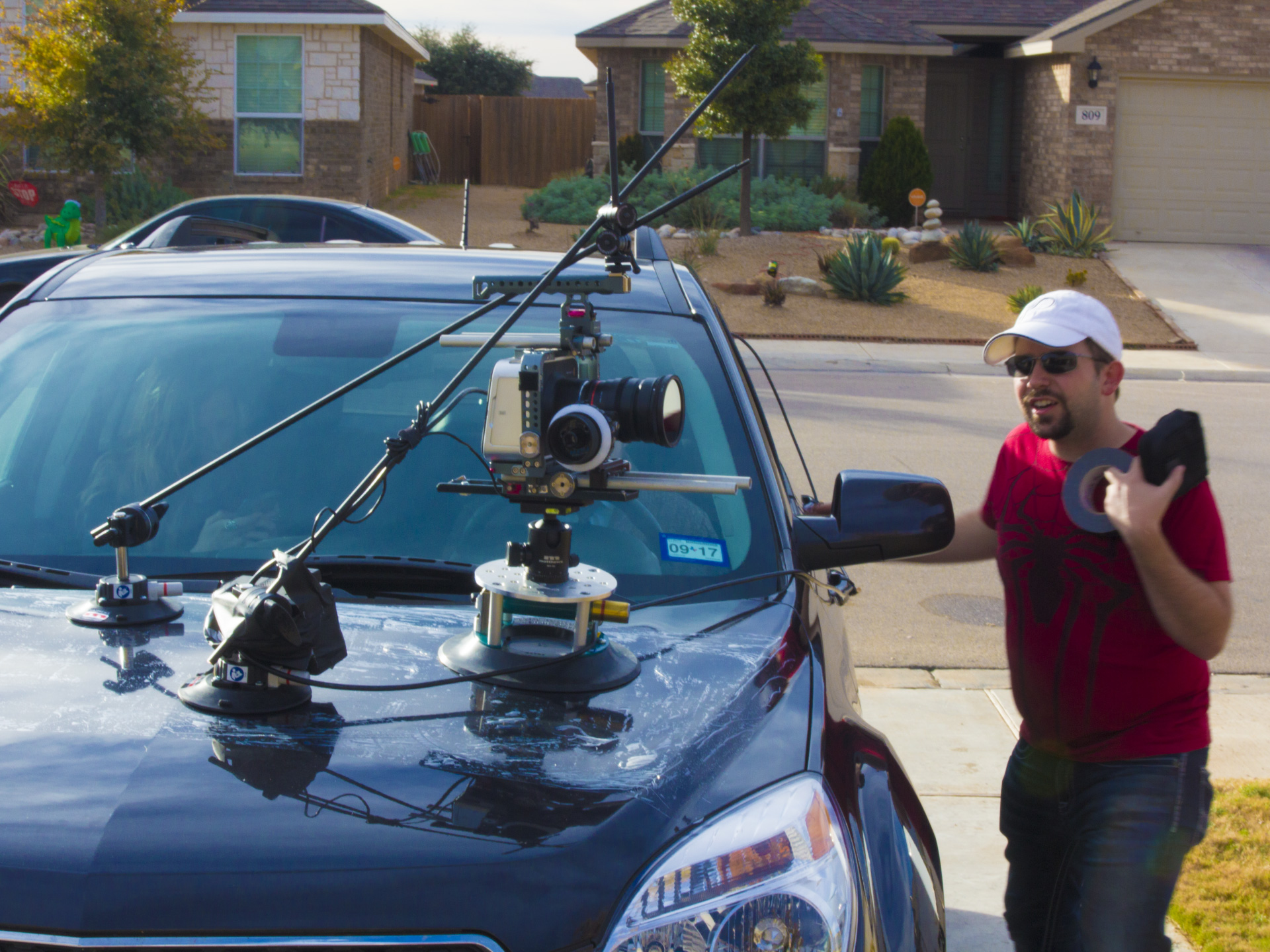 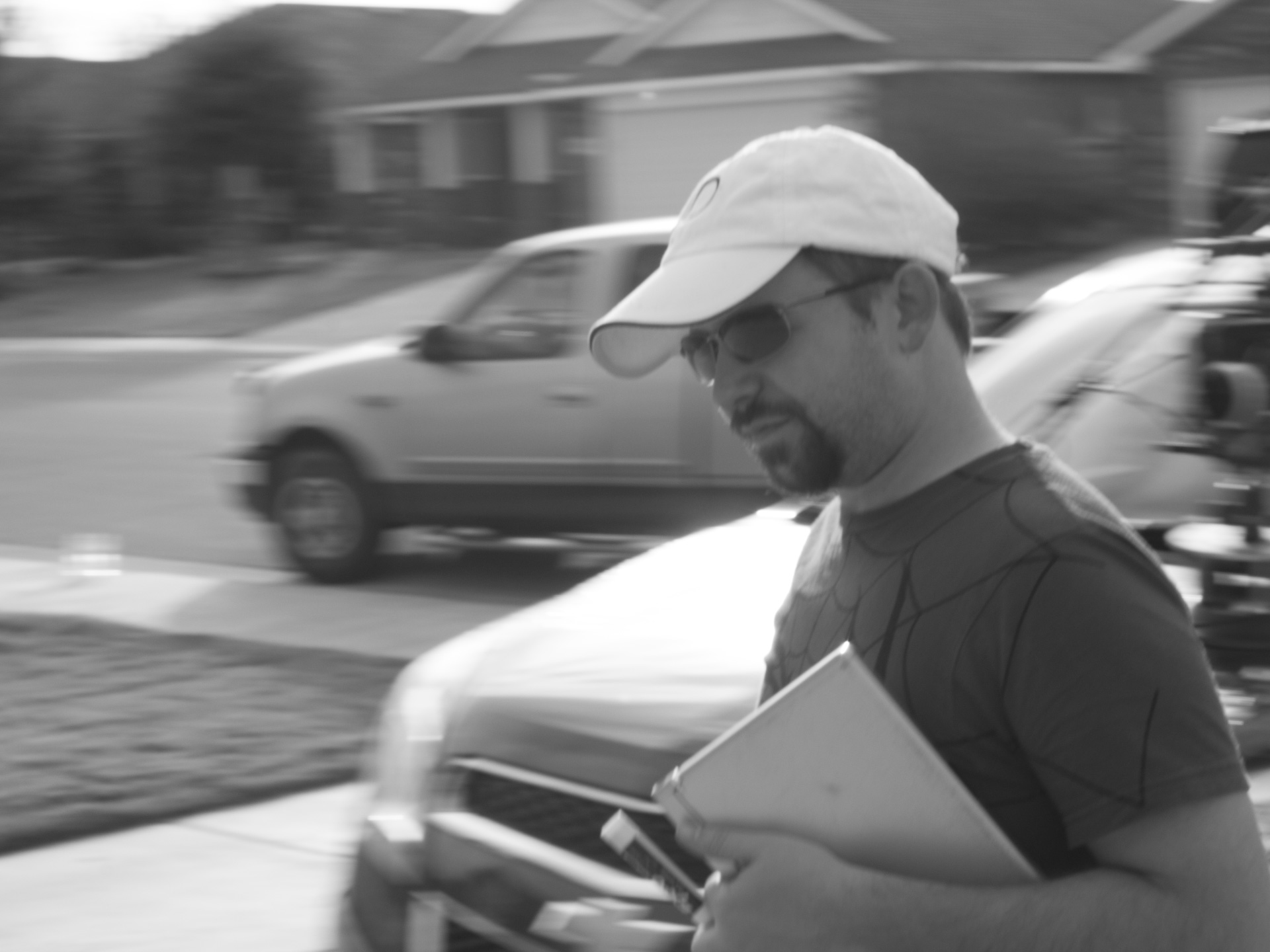 One of the things that we really dug about this shoot, was that there were going to be very few visual effects (or computer generated effects). In the Affinity Steel ad, there were a ton of effects (click over to the blog post to see some of the breakdowns). In this one, most of everything you see are practical effects, or what we caught on camera.

The main special effect was, definitely, fogging out the monster garage for Chris’ entrance. Because we wanted everything to be perfect, we had scheduled a test on the night of the 12th that way we would know exactly what we needed when we shot Chris’ parts on the night of the 13th. Since we were testing, there was no sense in not seizing an opportunity to have a lightsaber fight. 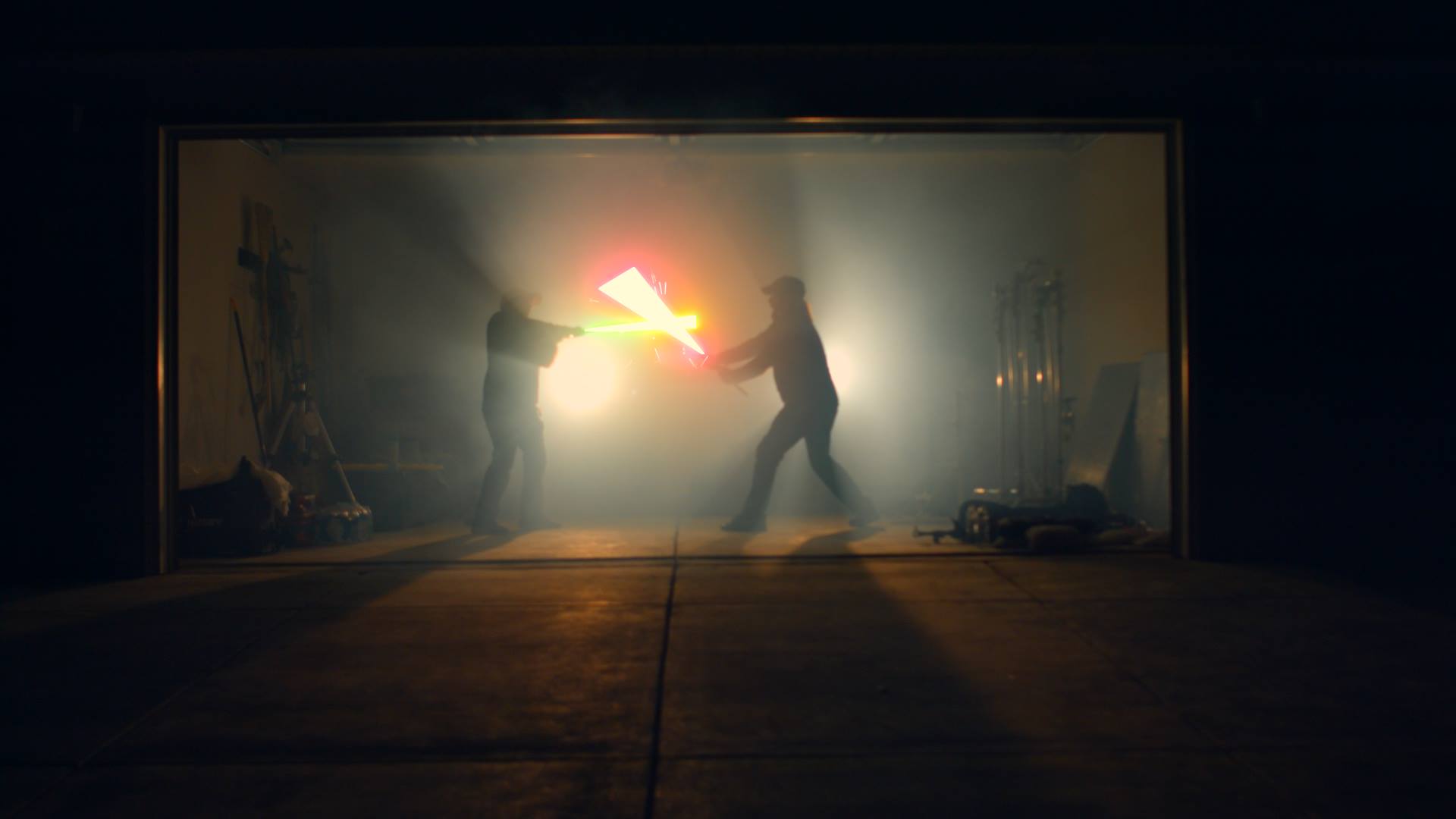 Needless to say, the fog shots really turned out amazing. They were exactly what we were wanting, if not better.

The other shot that was really important to capture the right way, was the slow motion push on Ryker and Natalie. This one was extremely tricky because there were so many moving parts.

Since we were shooting for slow motion, the camera move had to be 2 ½ times as fast as it was going to end up in the edit, and the camera tilts up to look at them. Orchestrating that brought on its own challenges. The other thing was getting a gust of wind to hit Natalie and Ryker during the move. Enter Jacob with a yellow container lid. It was actually quite entertaining. You would think that it wouldn’t be that difficult to get a small gust of air, but, as Jacob found out, there was a technique to it. I don’t recall, exactly, how many takes it took, but, we kept going until it was perfect, and, if I do say so myself, it turned out really well.

The rest of the shoot was moderately simple in comparison to those shots. So, we finished up about 9pm on the 13th, and packed up and headed home.

Given how well organized the shoot was, the edit came together fairly quickly. We found some perfect 80s hair metal to put to the ad and while I edited, Jacob worked on animating the AODC logo.

Once we had the first edit completed, we added the sound. Aside from dialog, nothing you hear was caught on set. The car driving, the brakes, the window rolling down, the car revving in the garage, the garage door itself, the neighborhood dog barking, wind gusts, the door installation… All of it was added in the post process.

Once we had the first edit completed, we added the sound. Aside from dialog, nothing you hear was caught on set. The car driving, the brakes, the window rolling down, the car revving in the garage, the garage door itself, the neighborhood dog barking, wind gusts, the door installation… All of it was added in the post process.

[show video of before and after with opening shot]

After shooting that pick-up shot and adding in the graphics, we had a winner. It was practically approved on the spot.

The post process on this ad was reasonably simple, but, the practical effects and the shooting techniques really set us up for success.

We hope you enjoyed this post and the ad and will be back with more soon!