As our hero returns to once again demonstrate the pitfalls of of poor car-buying decisions, he finds himself at the end of his journey to Brink Fleet. But, it’s definitely not without it’s challenges.

In this episode of Merkel’s misadventures, Merkel finds himself all alone on a hill, trying to contact his parents, or at least the mothership.

This ad presented some unique challenges. The most important thing in video production is safety. Achieving certain effects can be dangerous, and the more of that that we can eliminate, the better.

The first challenge we were presented with was finding a location. There were several requirements:

1 and 3 could be easily  dealt with, but, throw in 2 and the first problem is present. We could have rented a generator, but, that would increase cost on an already shoestring budget.

The problem with #1 is travel and finding a place that looked like we wanted it to look.

The problem with #3, first off is safety. If we were to be on an incline, not only would Merkel be at risk on the hood, it also presents the difficulty of leveling out light stands and diffusion stands.

So, when you can’t get what you need affordably and safely, you formulate a Plan B. 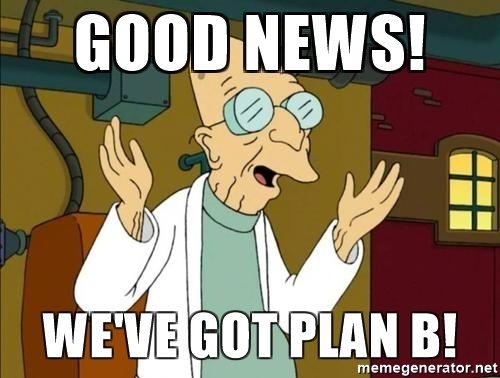 As you can see, within the field of the camera’s view, this area can look pretty remote, but, getting a reasonably flat shot with an empty background isn’t going to happen. On one hand, we have traffic and lights in every direction (not very remote looking, right?) and, on the other hand, we have the workshop where we can black-out the light, but, it’s going to be visible in the background. If we move out too far, then we run out of extension cords and we’re back with no lights. The other problem/solution is that it’s a generally flat area. Definitely not enough incline anywhere to move the car.

So, we tackle each issue, one at a time.

Solution seems pretty easy, right, just hold the camera at an angle. It’s not that simple, though. The first problem with tilting the camera is that the entire horizon shifts and it’s really obvious that the camera is tilted.

Second issue: there’s a big, fat shop in the background and there’s no sense of desolation if we’re right on the edge of civilization.

If we’re being honest, this had Jacob and I worried about the outcome. However, I’m generally trying to push the boundaries of what I know we can do. I don’t think Jacob was convinced that it was going to work, but, I’m stubborn and bullheaded enough, that he eventually conceded on the location.

Knowing the challenges going in, I had formulated how I would fix these issues, and, as much as I hate the term “fix it in post,” sometimes, it really is the only option. Rather than write all of it out, let me show you how I combated all of these issues to transport Merkel from the edge of town, to the middle of nowhere.

The second issue: Breaking the brakes.

The immediate solution was fairly easy. We have someone drive the vehicle in reverse. The problem was driving the vehicle without a driver. Sometimes our solutions require a ton of “Photoshopping”, others, throw a blanket on it.

We, literally, put Jacob in the front seat, and put a blanket over him. I knew that it was going to be dark enough inside the car that no one would ever notice the blanket there. However, this didn’t stop us from trying some other avenues with no results. We may, or may not, have crammed Jacob in the driver’s floorboard to attempt to move the car. You can be the judge of that for yourself.

We’ve said it before and we’ll say it again, if it looks real and sounds bad, it looks bad. If it looks okay and sounds great, it’ll look great.

Here is a video were I will layer in the different levels of sound, starting with the raw audio.

This concludes the breakdown of this broken down car ad. We hope that you enjoy these glimpses into the lunacy that we endearingly call our “thought process.”

I would be remiss if I didn’t mention that we had some extraordinary help on these ads. My daughter, Terri, jumped in and really helped out a lot. We didn’t have very high expectations coming from a 12-year-old, but, she really surprised all of us and worked hard.

And last, but, certainly, not least, our amazing VO guy, Ryan “Cinnamon Butter” Ramon, knocked the tagline out of the park 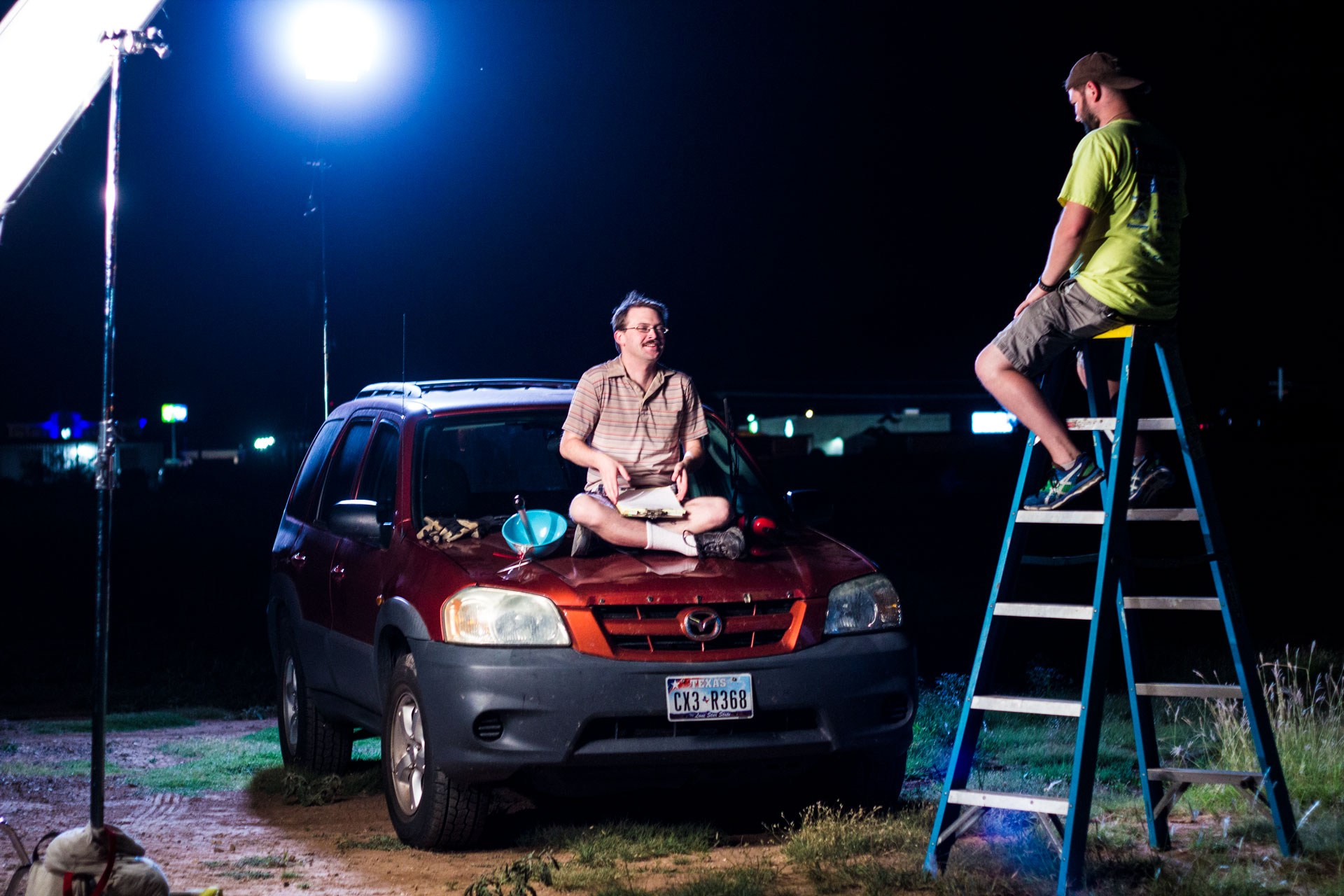 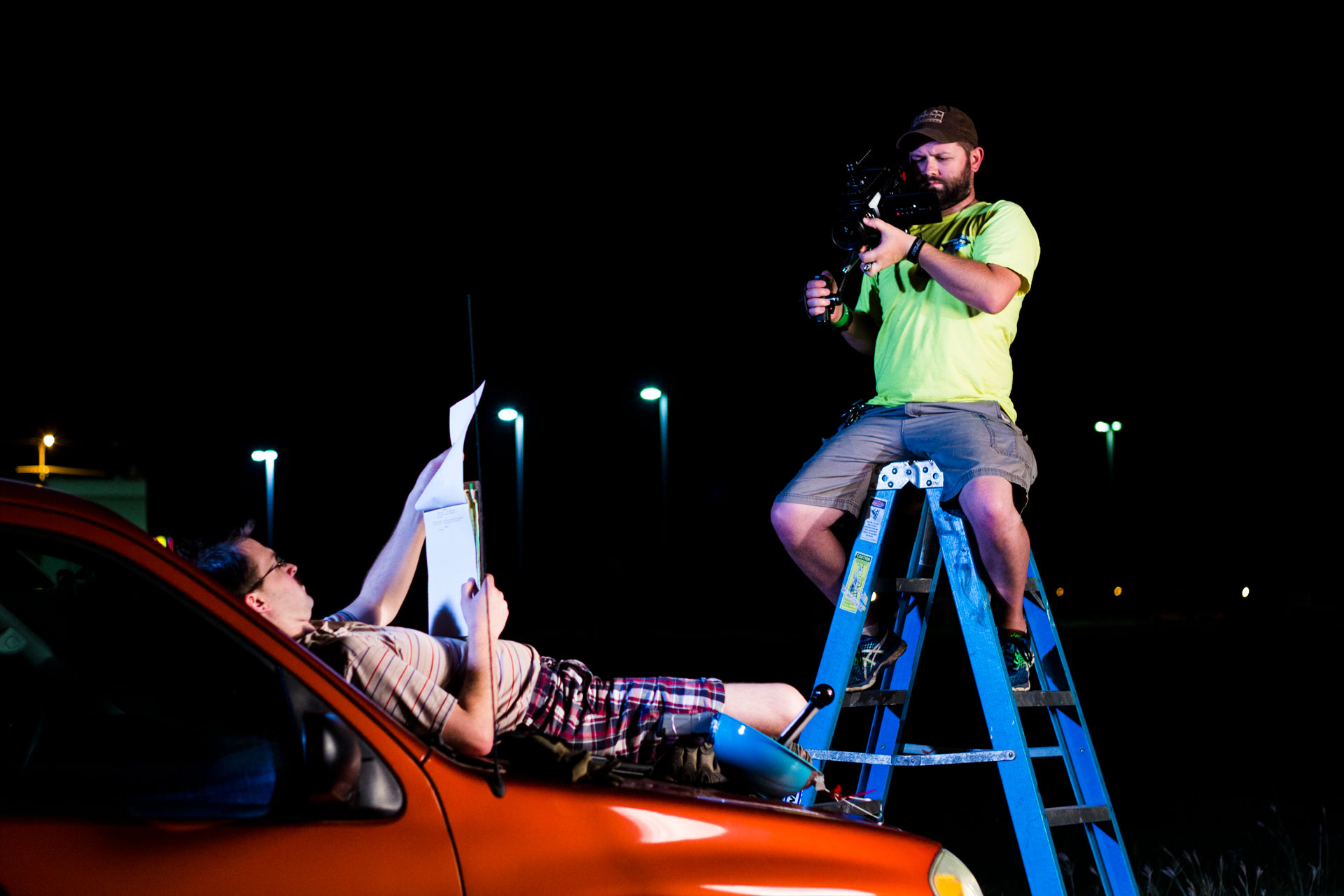 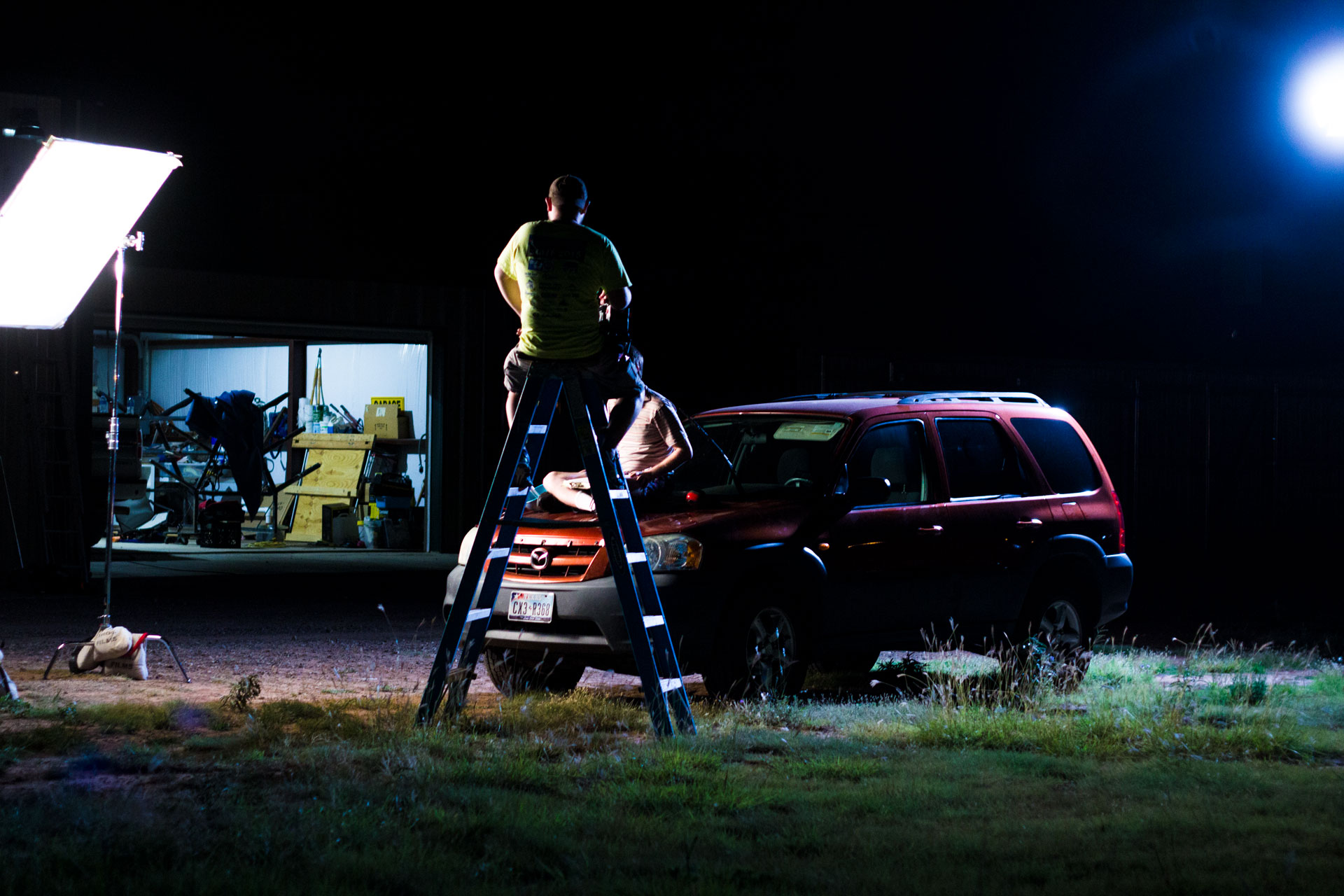 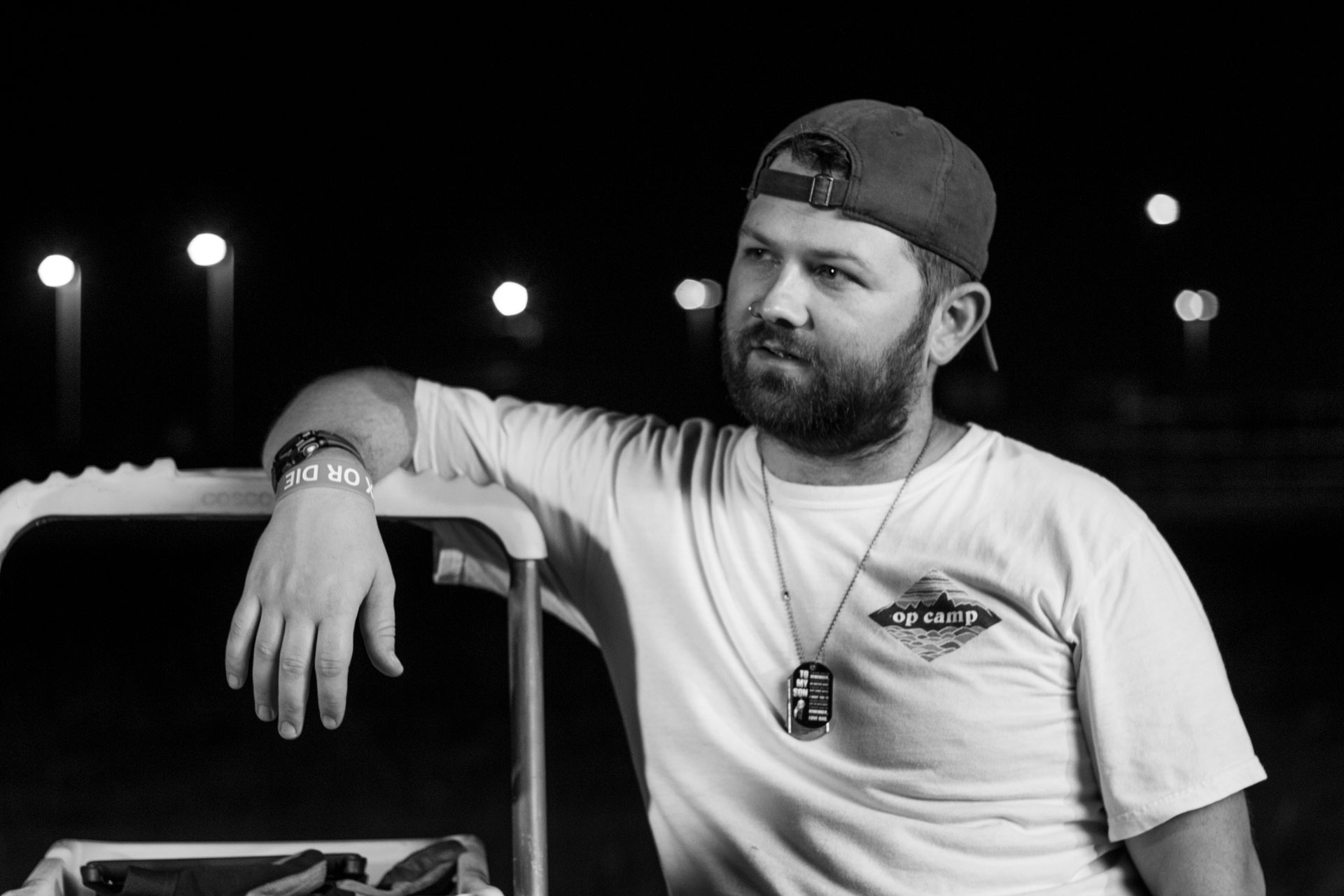 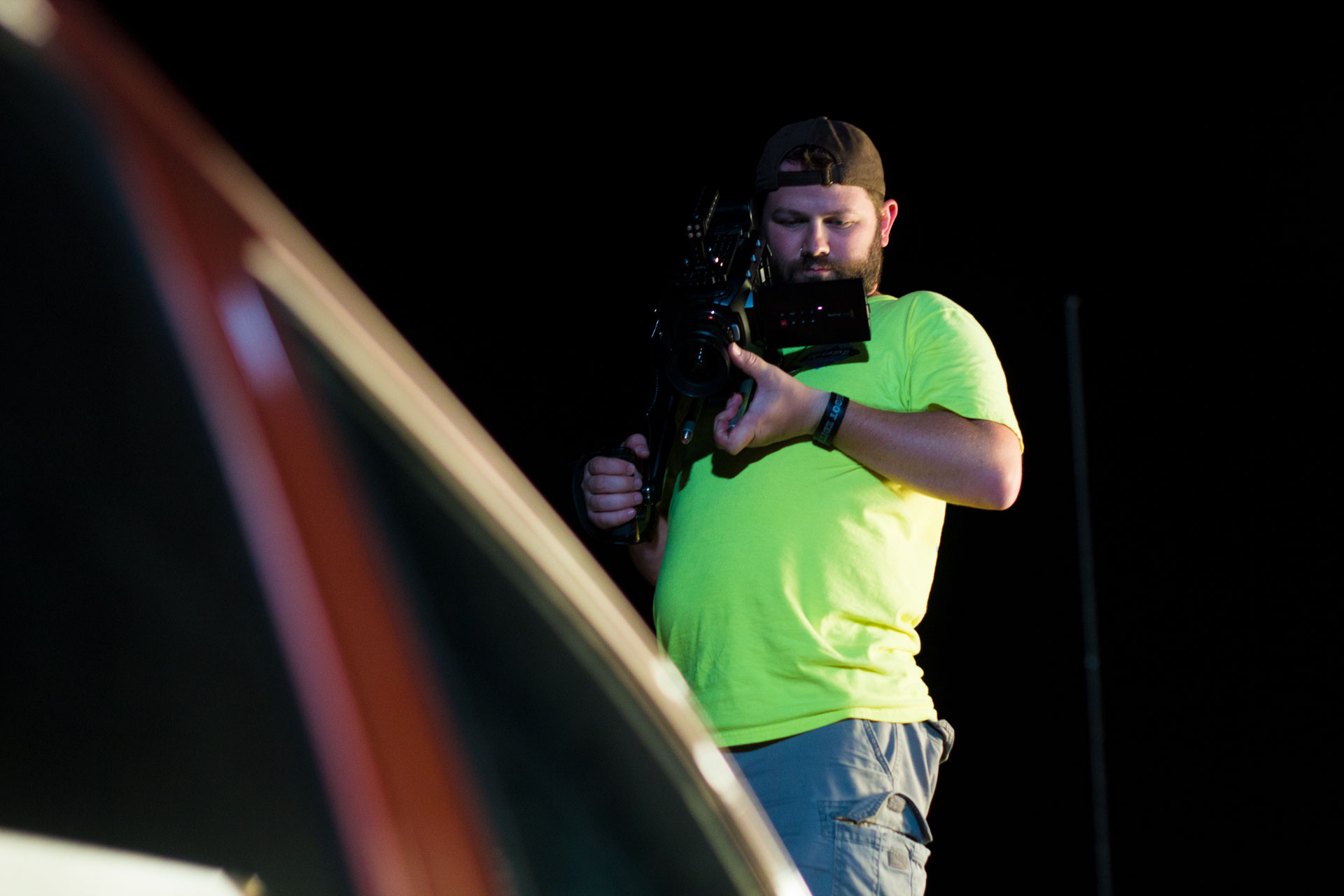 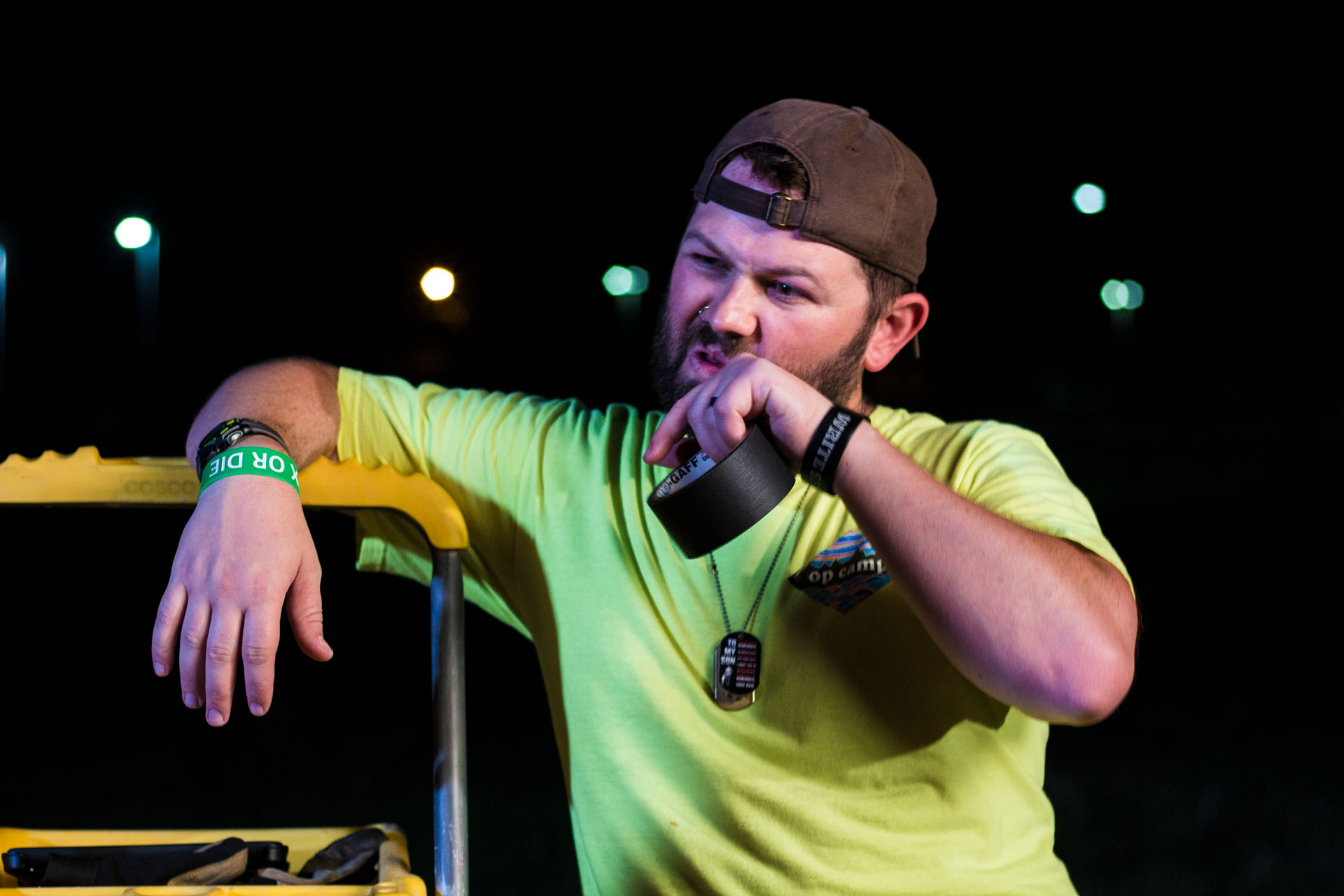 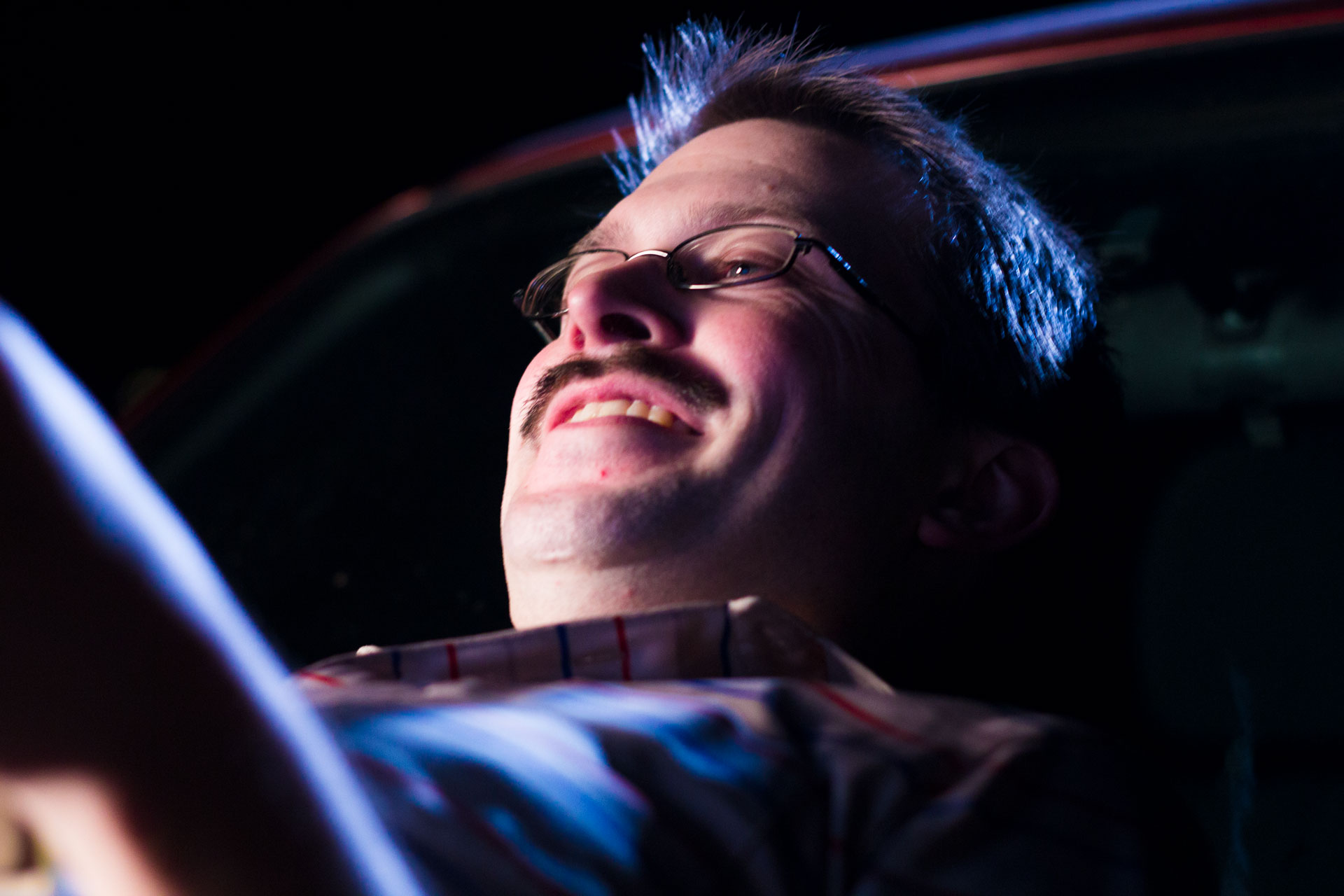 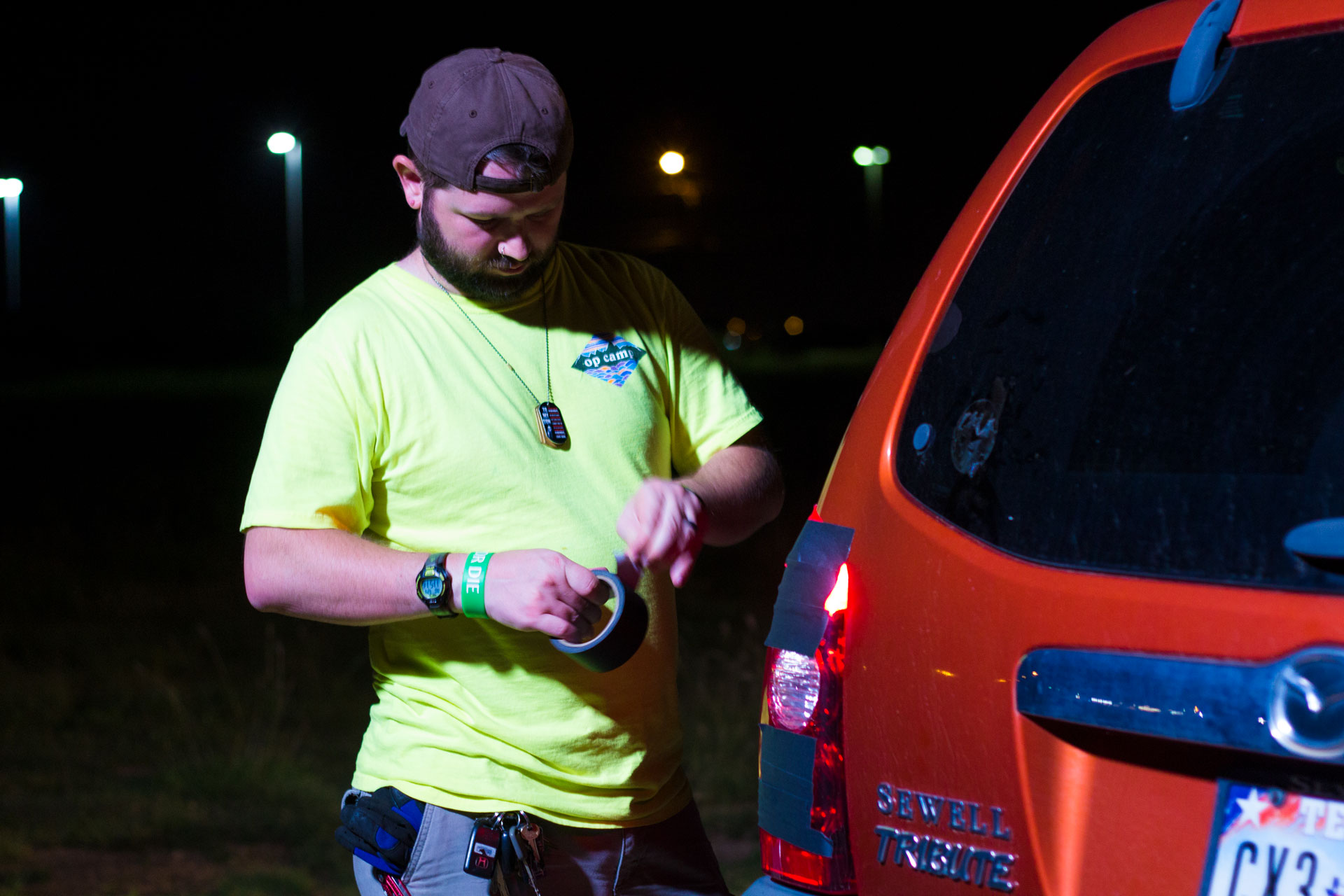 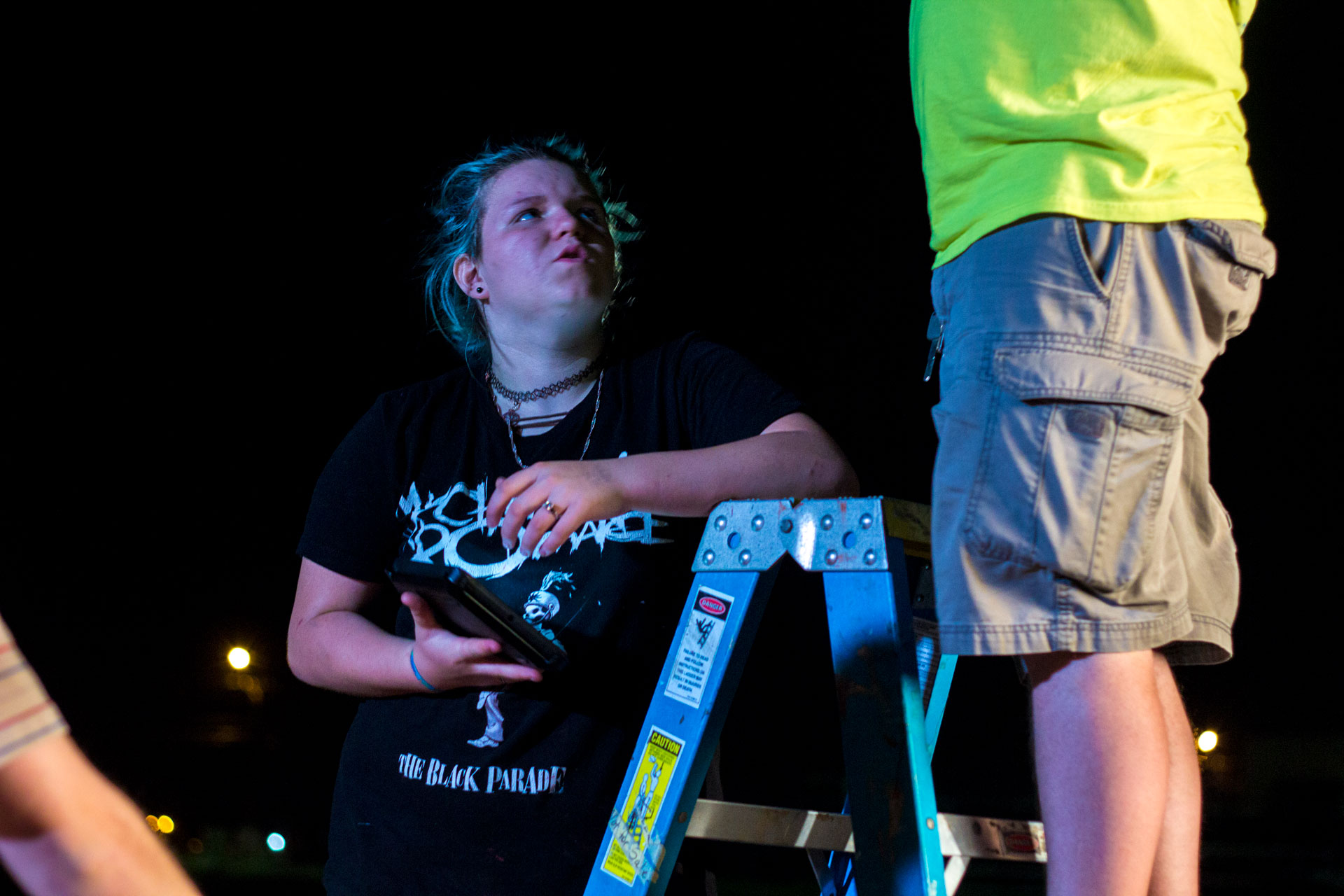 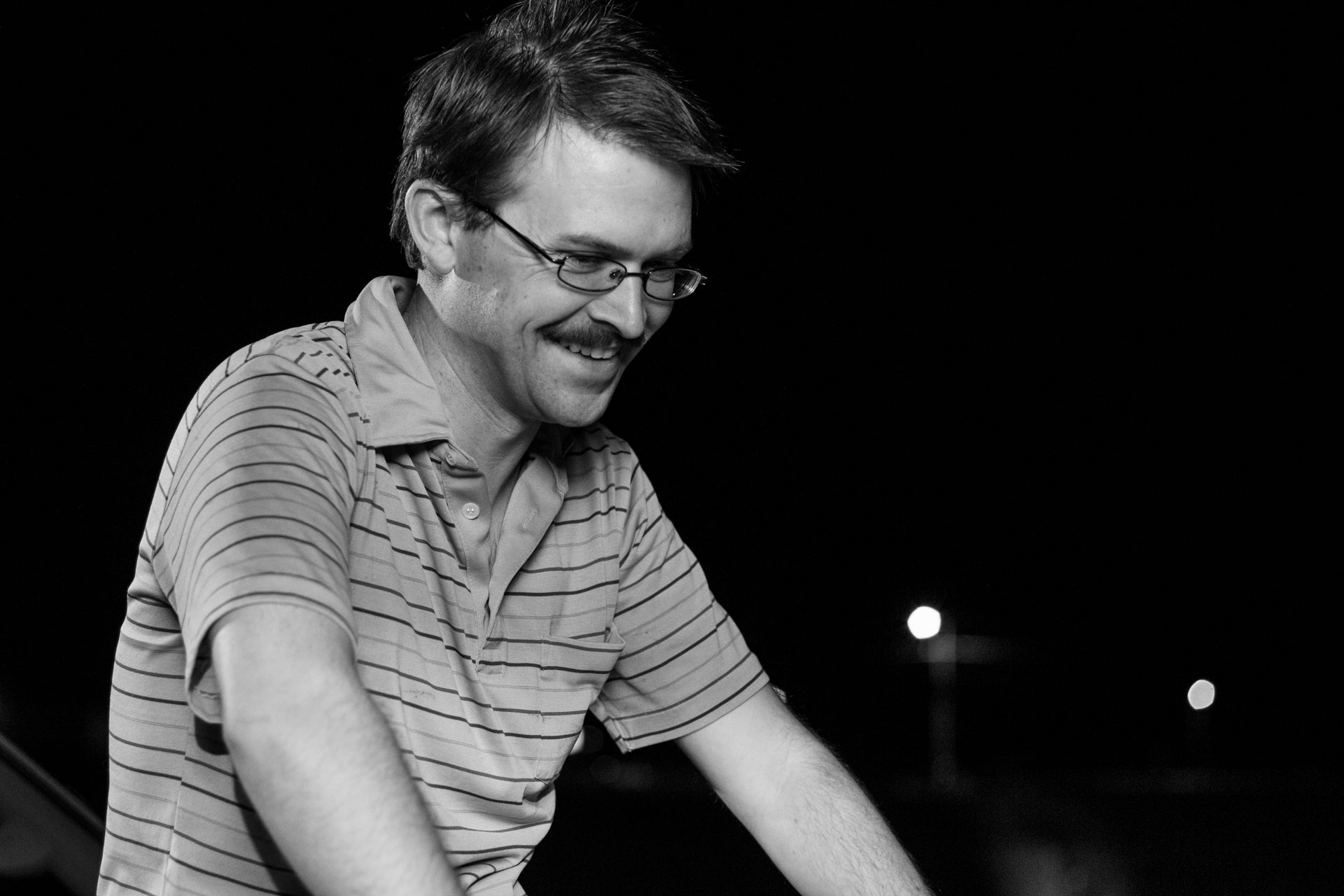 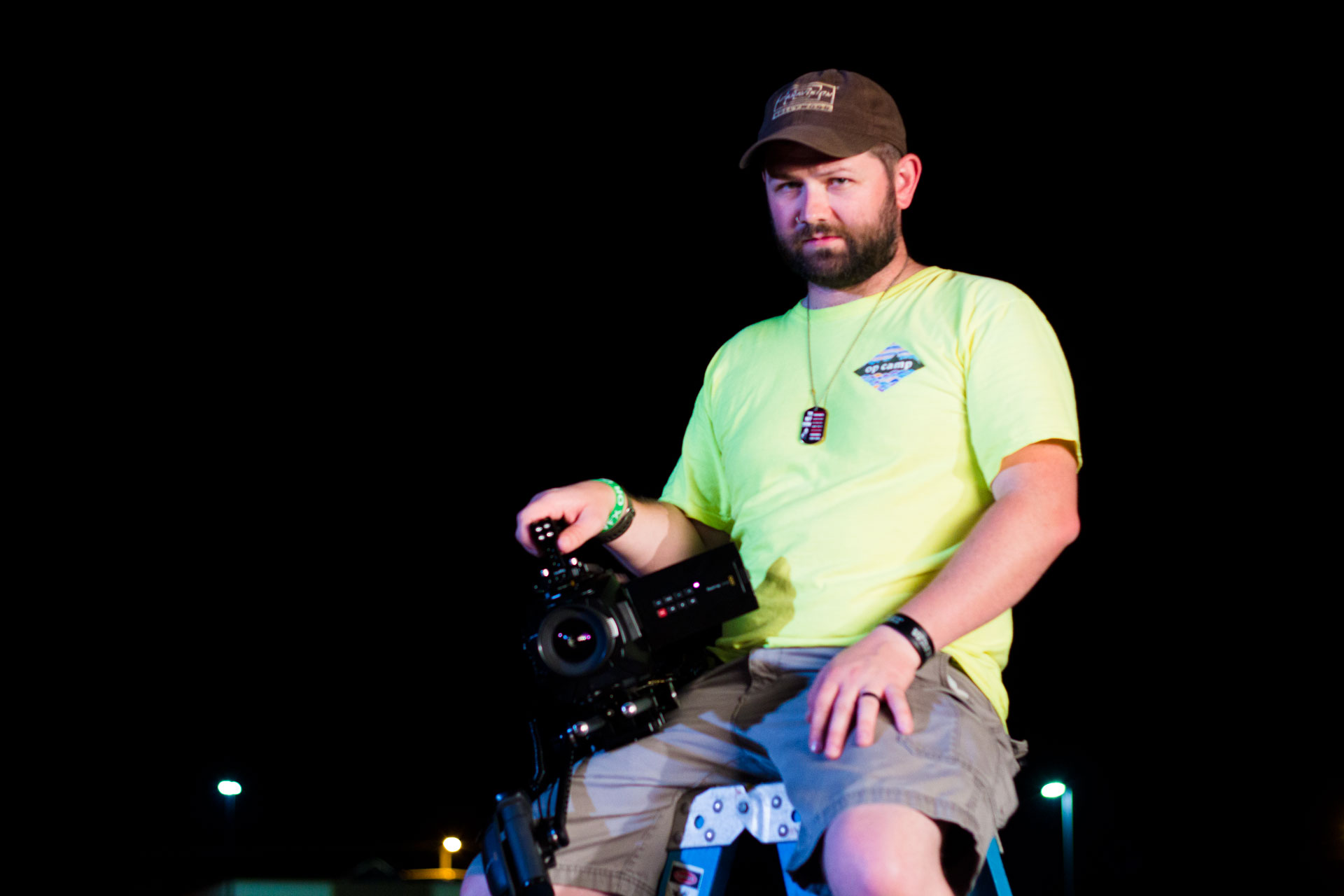 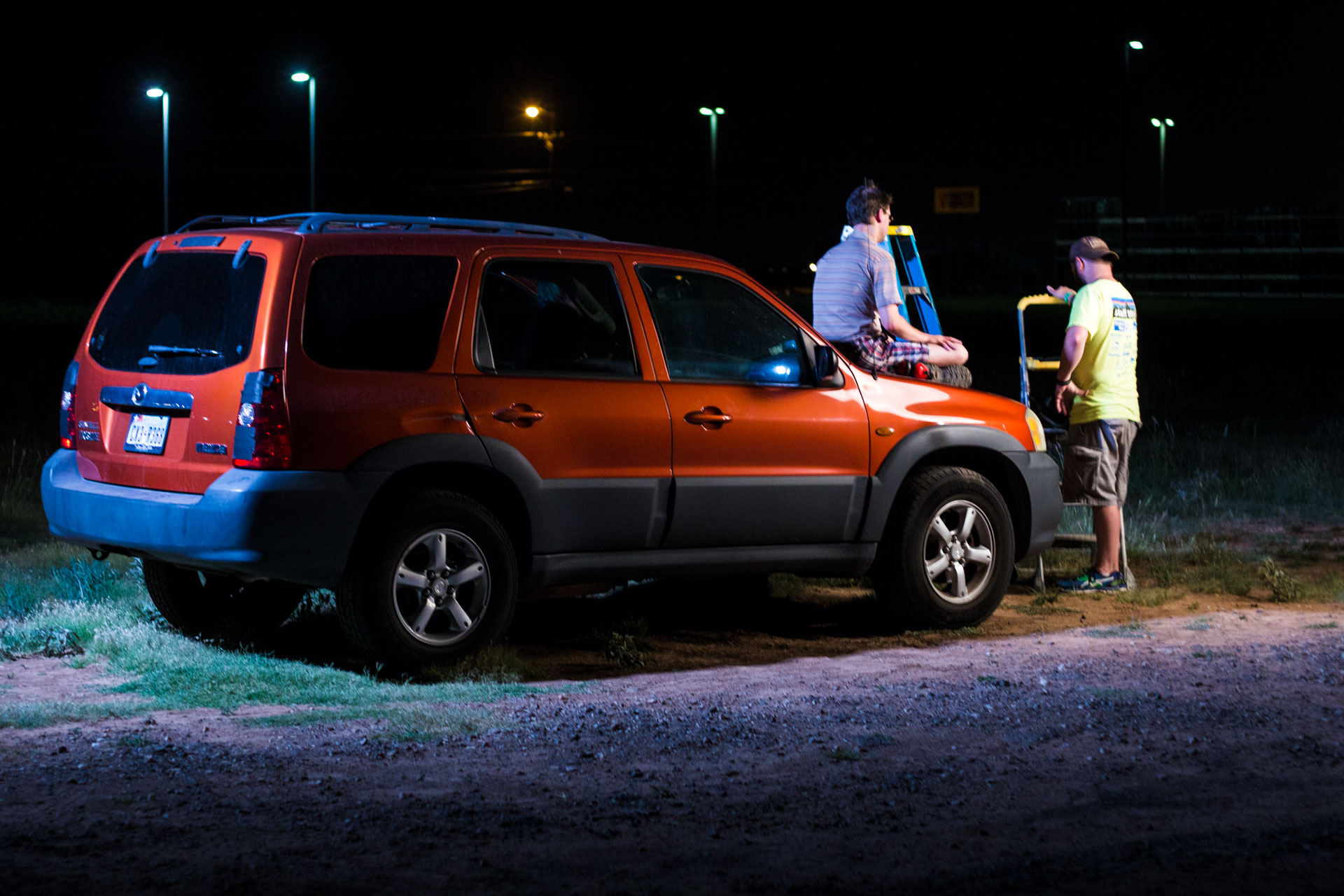