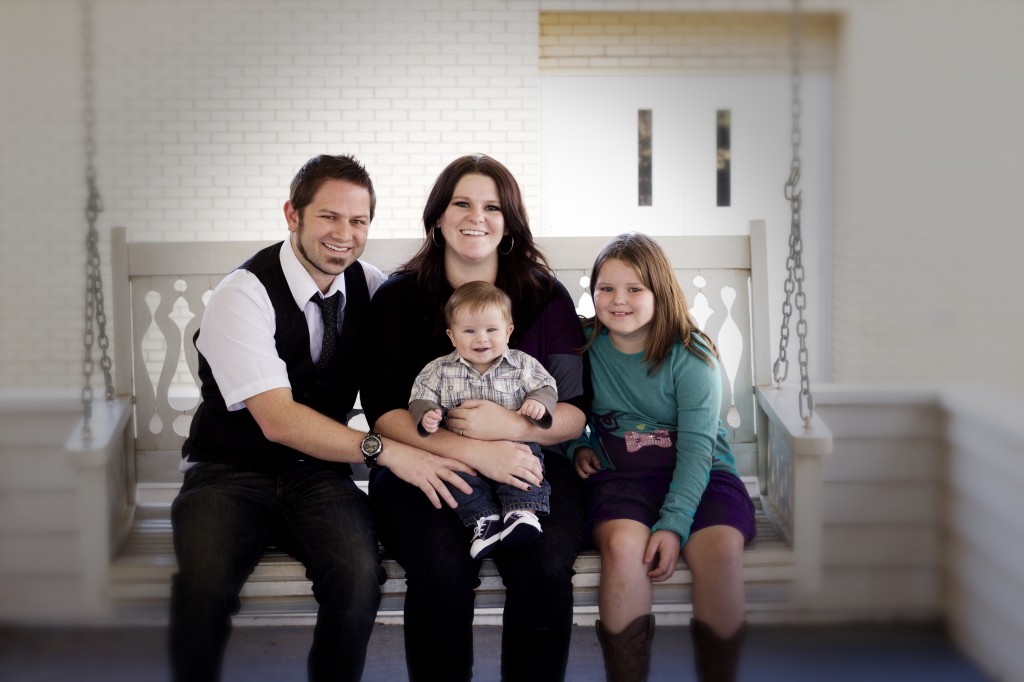 Wow. What a year 2012 was. Lots of learning and vast improvement on the business side of things. It had its ups and it’s downs, but, someone once said that the pinnacle of success is built on a mountain of failures. While I don’t look at anything we accomplished last year as a failure, there sure were a bunch of obstacles and I wouldn’t trade them for anything.

In 2012, aside from several weddings, we were able to produce several television commercials as well as some promotional materials. That was a major roller coaster.

The biggest roller coaster was the birth of my son (seen in the picture above). With a face like that, I’m sure I will receive many threats from many daddies in the years to come. He is now 8 months old and is just as happy as he was in that picture.

My daughter is 8 years old and will soon be officially mine. I met my wife and daughter 7 years ago when she was a year and a half old and within the week, I will officially adopting her! I am very excited. To her I’ve always been “Daddy” so, it took some explaining to get her to understand that while I have been “Daddy” we have to do this so she can get my last name and that it will be official.

Two years ago, my wife was laid off from her job, which was huge blessing. The company had been sold from an individual who had stopped caring to a larger corporation who cared even less and it was a burden on everyone. That incident forced us to make some serious life changes and made me take the leap into self employment. She is now a stay-at-home mom who gets to work a few odd jobs here and there when she wants to.

With our past behind us we are running as hard as we can into the future.

So far, this year, we are looking to expand our corporate business to start including graphic design as well as more instructional and promotional materials for businesses and organizations. Our commercial business is really skyrocketing and it looks like we will possibly be doing as many jobs in the first quarter as we did in our entire year last year.

I can’t thank everyone enough for their support through these first couple of years. I would like to thank some people specifically.

Laicy Madrid at Mad Marketing (Odessa, TX)
Without her unquestionable support, G&H Media Productions would be a part time gig for me (if not just a glorified hobby). She has brought in a ton of business for us and continues to do so. She has really been the biggest hitter in our line-up of business assets and I look forward to continuing to working with her.

The MCS Booster Club
I can’t thank them enough for the opportunities they have given me. They are ultimately responsible for affording me the opportunity to quit my full-time day job (in 2011) and pursue this venture full time. I also appreciate their understanding this year when I wasn’t able to spend as much time in Midland shooting this year as I did last year on account of a new baby in our house.

Coach Greg McClendon (MCS Head Coach) and Coach Cooper Schoolcraft
Oftentimes, shooting film is a thankless job and doesn’t come with much recognition (outside of wedding work), but, these two gentlemen take the opportunities to thank us for what we do. Despite what some people may think, shooting press box footage is not easy. It requires setting up and tearing down (often having to climb several feet in the air via ladders that were not designed for being able to haul equipment) and standing on your feet for several hours in one place in the bitter cold, the pouring rain (during homecoming while the city is flooding), the scorching sun, or the West Texas wind and dirt storms. It’s nice to be thanked for being out in those conditions and to be told that it is the best footage they have ever had. We honestly try our hardest to make the best out of everything we do and it’s nice to receive recognition and we like to recognize them in return for their kind words.

Tricia Hamil at Viridian Design Studios (Kerrville, TX)
Although our work with her is somewhat limited by distance, she has been super encouraging and has given us some rare opportunities to shoot the kinds of weddings that you only find in destination locations. She is incredibly organized and has taken great care of us every time we have worked together.

Donna Hamil (my mother)
She has not only provided me and my team a place to stay when we shoot in the Midland/Odessa Area, she shot a good portion of the press box footage for the 2012 MCS football season. After a few hiccups and just getting used to how things go at the beginning of the season, I daresay that by the end of the season, she was getting better press box footage than I was. When I was watching back the footage she took from the State Championship game (which I was unable to attend), I was blown away. I would put her shooting up against anything you see on TV and hers is probably better.

Jacob Hamil (my brother and business associate)
Of all the help I have had in this business, Jacob has certainly been the most eager to learn and the least satisfied with what he has accomplished. Jacob’s attitude mirrors my own in that good enough is never good enough. He holds his work standards above his abilities and is always disappointed with his end result. That’s what takes someone from good to great. He has produced several products that go untouched to our customers. He passes my quality checks every time, so, by no means am I downplaying his work, but, instead complimenting his work ethic and desire to always be better at what he does than he currently is. He has brought in some interesting business in his time as well as met with customers and done a fantastic job.
One customer had this to say:
“Thank you so much for setting up the meeting with Jacob. He was absolutely amazing.
I was very impressed with his professionalism, kindness, and diligence.
I am very excited to have y’all be a part of our special day! Thank u again!!!
Cheers,
Wendy & Leo “

There is no greater praise than that of a customer and for that, he deserves a round of applause (insert clapping here).

I apologize to anyone that I have missed, but, know that every one of you deserve credit for your help in building this business

2013 is going to be an even bigger year and we can’t wait to see what all is in store.