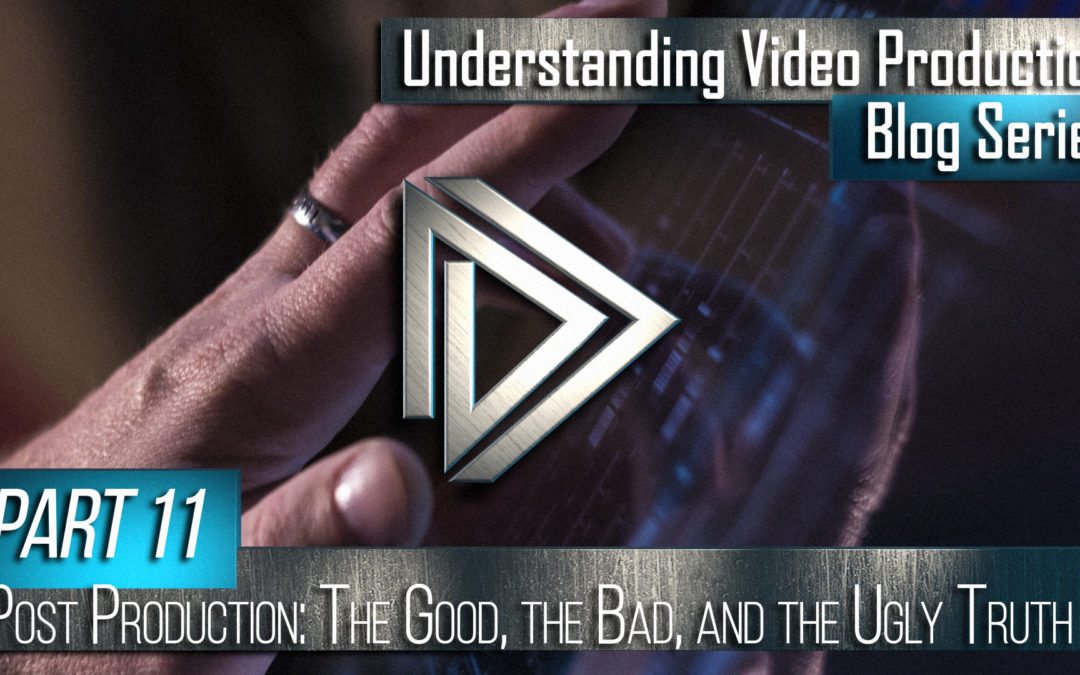 They say that the first 10 are the hardest

Wow! If you’re keeping up, or have the ability to read and count, you realize that this is week #11. That means it has taken 10 weeks to explain what typically happens over the period of a few days for us for a simple video interview. The last set of articles on production (6 parts total) was all about the video shoot day for our interview.

I don’t know if it’s something in the video production industry and in the music industry, but, a common turn of phrase during production is “we’ll fix it in post.” If you hear that from someone, simply tell them they are wrong.

The post process is a necessary part of video production, but, with the technological advances in the last couple of decades, it appears that a new breed of lazy shooters has grown out of the depths of digital and the whole attitude is just to get an okay shot and the post process will make it great. NOT THE CASE! Get a great shot in the camera and let the post guys make it incredible! Sorry, I got a bit sidetracked. Let’s divert our attention back to the topic at hand. 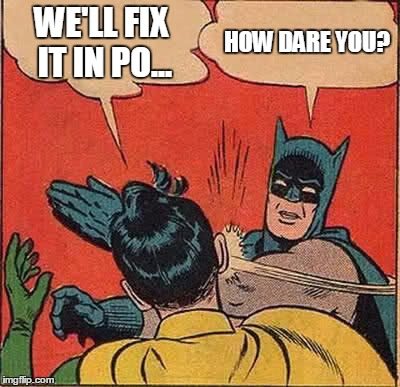 I know what you’re thinking: it starts when we get back to the studio!

Nope… Now we could argue about the time that it starts, but, I’m writing this blog series, so, I’m going with what works for Hamil Bros Studios.

IT STARTS IN PRE-PRODUCTION. Ha! Betcha didn’t see that one coming. Remember all that stuff about preparation and how I said it seemed a bit excessive but that it would all make sense later? Now is later! Yay!

Okay, we’re back at the studio. 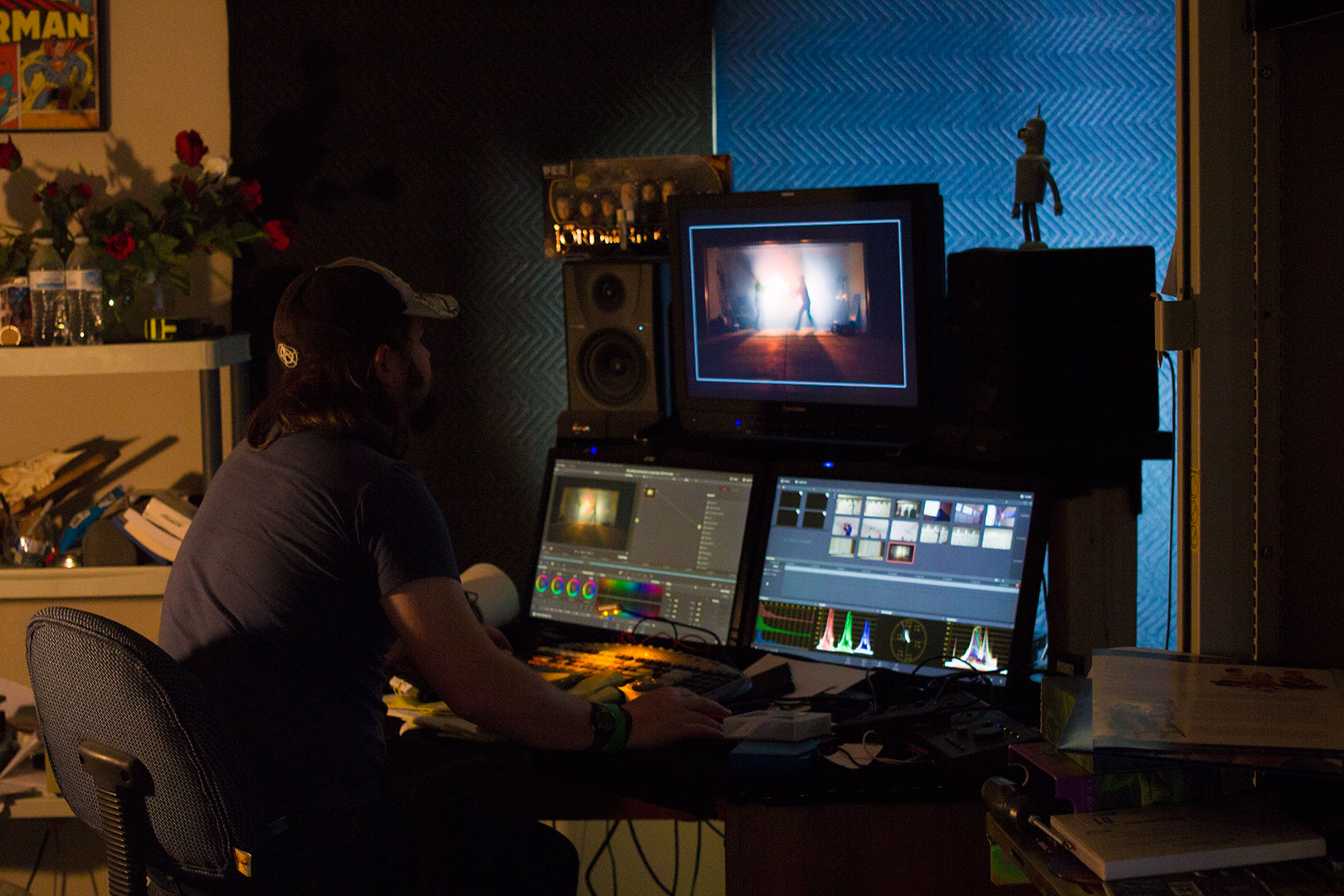 The first thing that will get done is transferring the files from our location hard drives to our working computer and it’s drives. In order to help keep things organized, we use a piece of software that actually builds all of our project folders for us. This keeps our projects all looking uniform and makes things easy to find. My favorite part about this software is that each project folder has a serial number, a client name, the name of the project, the date it was created, and the user who created the project (and it applies that naming convention to all of the project files, too!)

Each project has upwards of 20 folders and sub-folders. I won’t go into all of them, but, they break into 3 basic categories: assets, project files, and deliverables. 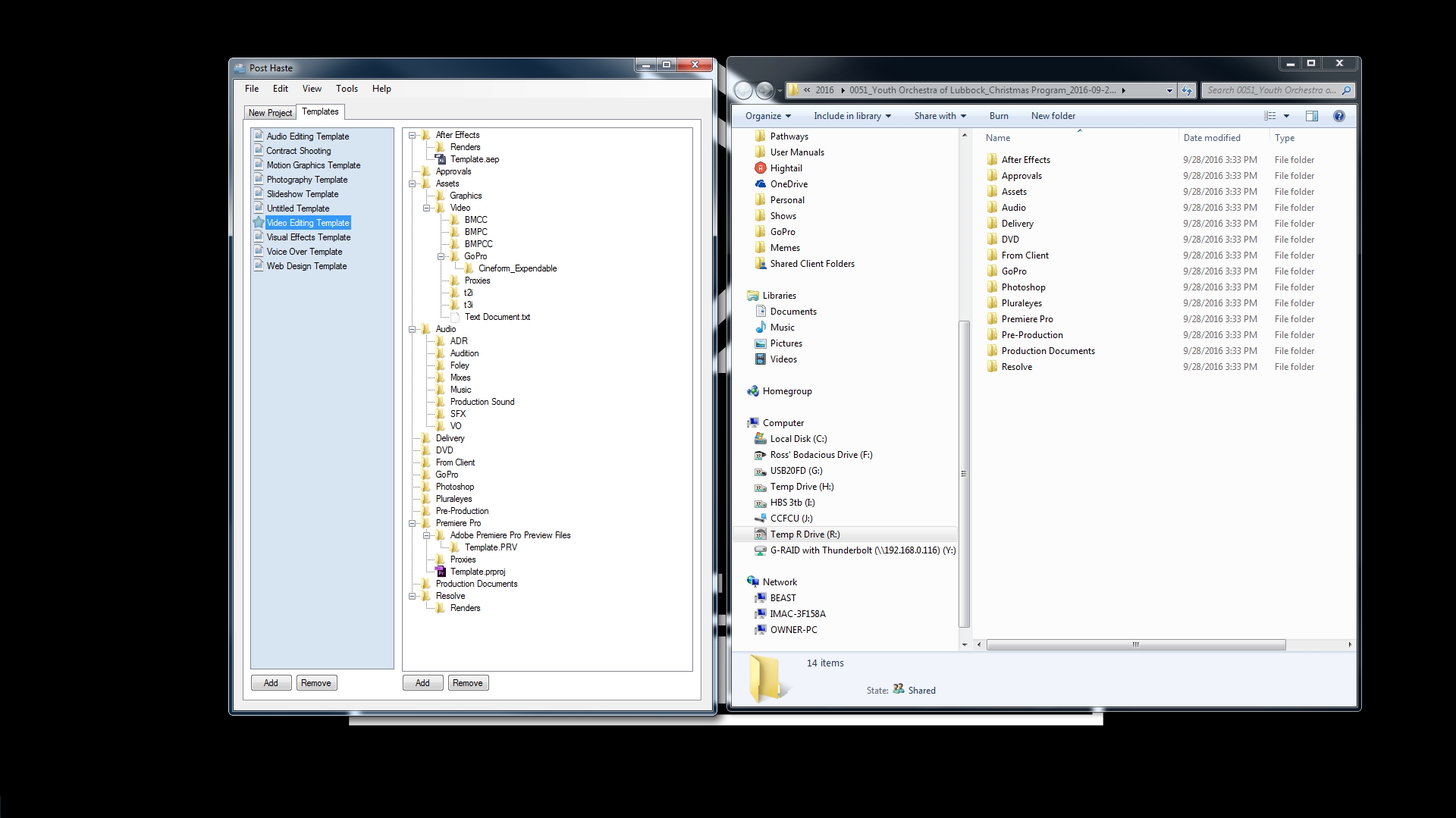 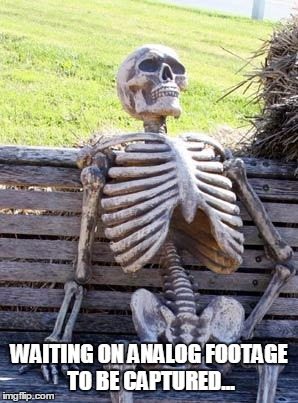 Once, that project folder has been created all the media is copied from the location drives to the workstation. Not gonna lie… This feels like it takes forever… And it kinda does. But, it’s still faster than the old days where we had to capture tapes in real time.

Next up, we’ll start talking about the process that the footage goes through before it’s final form. However, We’ll get to that after the New Year Holiday. So, enjoy the next couple of weeks off with your family.