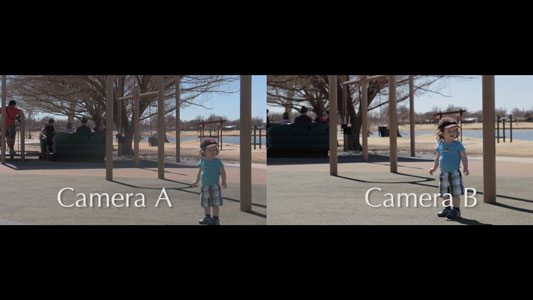 Myth :In order for you to have a good looking TV commercial that will compete with national television commercials, you have to have an enormous production budget.

Truth: FALSE! You can have nice video production on your TV ad without going broke. Is it free? No, but, it is worth the investment (more on that in the next myth).

Myth: If I buy airtime from the television stations, I can get my commercials done for free.

Truth: Yes. In most cases, you can get the spot done for free, however, free comes at a steep price. What’s the price? The TV station’s video production is bottom line. Here is what they don’t tell you. Your free commercial is being produced by someone who is working for minimum wage and may have no experience in video production (disclaimer: I have applied for commercial production positions at several TV stations in the Lubbock area and the job requirements were minimum wage and no experience required. There is only 1 broadcast group that requires experience and doesn’t pay minimum wage. They however charge for production). The cheaper they can do your commercial for, the more profit they can take out of the sale and they are willing to sacrifice making your business look good to do it. Quantity over quality.

Myth: The television stations have the best equipment and the most experience for video production. After all, this is what they do.

Truth: The television stations’ video production rigs are purchased for speed and ease of use. Often times, that translates to poor visual quality. Take a look at the following example.

Which one looks better? Camera A or Camera B?

You are now asking yourself, why would the TV stations use an $8,000 camera that can’t compete with the $600? Again, quantity over quality. Camera A is great to work with if you have little or no experience, or are just plain lazy.

Either way, at Hamil Bros Studios, we opt for the better image quality in our video production. If you shot the same commercial with both cameras which one says that you are proud of your business? So, what’s the price you pay for free video production? You could be driving potential customers away. How does that benefit you at all?