The Power Of Networking 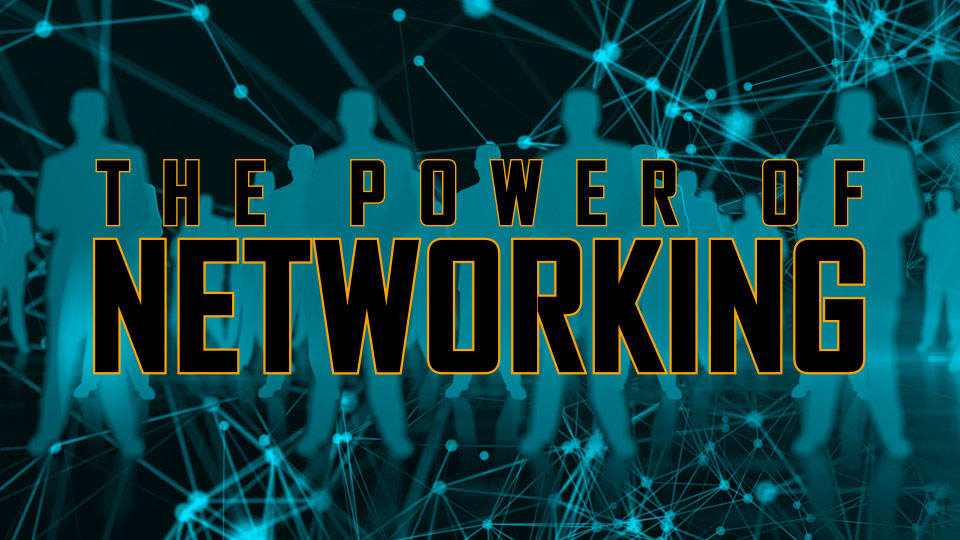 As small business owners, we all hear about the power of networking. Something that they don’t tell you, is that it can be a huge waste of time. Shocker…

When we first really started to expand our video production business, we listened to just about anyone who had a group of entrepreneurs or businesses and tried to go to all of them.

From little, one-off groups to large entities like BNI or the Chamber of Commerce.

It did not take long for us to realize that those had little to no value for us.

For one, BNI wanted us to pay a small fortune to be members; an annual membership fee, monthly dues, plus we had to pay for our own meals… Honestly, I don’t know where any of that money would have gone, so, we decided not to part with it in that manner. Second, we tried our Chamber of Commerce.

It may be no secret that Jacob and I are, by no means, socialites. So, going to a ton of events full of mostly small talk wasn’t our idea of success. It was really hard to keep paying dues and get virtually no value from it.

I know this sounds like I’m bashing on these groups, and, while I may not agree with their methodology, they work for some people. Just not for us. So, with that I wanted to make sure and share our negative experiences and hopefully save you some time and money.

So, why were these a waste of our time and resources? I think it’s simple; and it was something that was staring us in the face, we just didn’t know to look at it.

Several weeks ago, I wrote some articles on a presentation we made at a local 1 Million Cups event. The second article was about knowing what you are as a small business. Part of knowing what you are is knowing who your clients are. Most of those groups are great if you are a B2C (business-to-consumer) business. However, we are not B2C we’re B2B ( business-to-business). That shifted our outlook greatly. Those groups are founded on “hey, I have a customer that needs your service. Here’s a referral.” 99% of the time, that doesn’t happen for us (99% is a haphazard guess), but, it stands that we made no money off of any of the groups that we were a part of. After identifying that part of our business, it made sense that, for us, those groups were time wasters.

Now, for the part you’ve been waiting for. What has been successful for us? Granted, this is not going to apply to everyone, but, it should provide some value to you other b2b guys and girls.

For us, especially in the video world, we joined some great online/Facebook groups. One of them is Shane’s Inner Circle. It’s a filmmaking community that is accompanied with real education from the Hollywood Cinematographer, Shane Hurlbut ASC, himself. This has been a great resource for us. It’s the filmmaking community and we don’t have to worry about some of the pitfalls of dealing with local competition.

So, more than anything, I’m just using this section to fanboy really hard about a trade show we attended earlier this week called the NAB Show. This is like video gear central. It was really cool. We got to see new product announcements and get some hands-on experience with things that we’ve always wanted to see. But, that’s not why we went. That stuff was fun, yes. But, we networked our little (subjective term) butts off. We got face-to-face time with people we’ve been talking to, online, for years, and people whom we have been following for years. My biggest fanboy moment was getting to meet Stu Maschwitz from Prolost.com. With him, we got to meet the CEO of Red Giant software, which, if you are in the video world, realize how big a deal that is. However, Stu, has been instrumental in us doing big things on low/no budgets. Our first short film, The Hostage, would have never happened without Stu and his book The DV Rebel’s Guide. And that’s just the beginning.

All this to say, go to industry trade shows. If you want to learn how to make money in your industry, GO TALK TO THE PEOPLE WHO ARE ALREADY DOING IT!!!! Yes! I’m yelling that in your face. If you can learn that simple lesson early on, it will put you ahead.

Now, I could go on forever about NAB, but, we have a separate post for that topic that, I’m sure, gear-heads will love. However, I have no doubt that more work will come as a direct result of going to NAB.

So, what’s the point? In short, identify what types of network opportunities will help your business and which ones will be a waste of time.

We are a part of a referral group, and, while I don’t have high hopes that it will bring us a ton of business, it does have thought leaders and people who can provide value to our knowledge.

Until next time, keep it up!