That Weapon is for Fools… 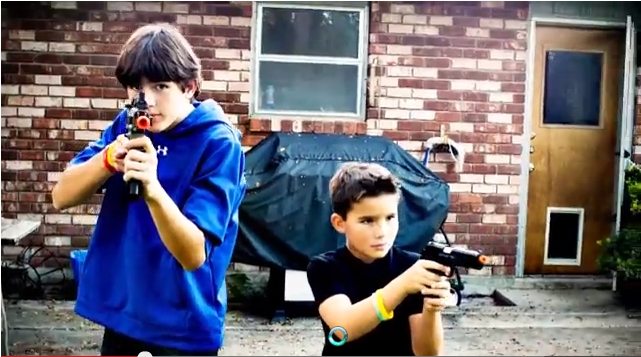 Over the last couple of years, Jacob and I have had the opportunity to go to Kerrville, TX and do some work for Tricia Hamil with Viridian Design Studios.

The first time I went, I went by myself and during my down time, my little cousin, Andrew, and I made a very quick short film in which he does some backyard damage (you can see the post here).

In the spirit of continuing the backyard action, Jacob and I did another short action film when we were in Kerrville a couple of months ago.

The dialogue was inspired by an event that took place several years ago when these two boys were much younger and playing a a game of Indiana Jones over the Christmas holidays.

But, enough about the history! Sit back, relax, and watch the Hamil Bros production “The Weapon” starring another set of Hamil Bros.