Time for the Shoot Day!

Happy Halloween! Today, we’re going to dive into preparing the shooting room. Sounds scary, right? No? Well, whatever. This room is going to be a video production nightmare for sound and lighting, so, let’s jump in.

By now, you have had a glimpse into the work that goes into a video shoot before a camera ever leaves it’s case and we’re almost ready to shoot. I’m also guessing that you are no longer expecting Hamil Bros Studios to show up and walk in the front door with a camera on a tripod and let ‘er rip. That’s right. Every shoot, with rare exception, we will show up with our trailer full of goodies. 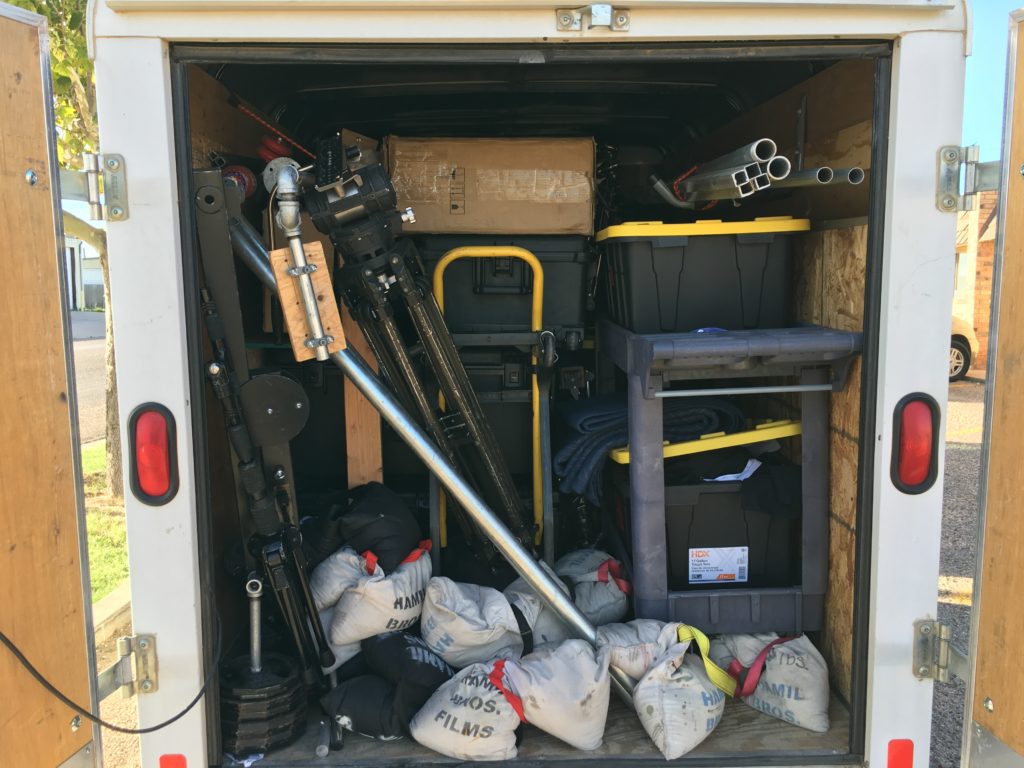 Now, you can’t really tell, but, this is a 5×8 trailer packed to the gills, and, believe it or not, it’s very organized.

We bring a ton of gear!

When we get to our shooting location we show up with all of this. We arrive, let those in charge know that we are there, and thus begins the shoot day.

The first step is going to feel like a forehead slapper. It’s obvious, but, it’s something that, in the excitement leading up to a shoot, many of our clients forget in the whirlwind. We have to unload the trailer and unpack all of the gear that gets unloaded.
No kidding, Ross! We’re not stupid!!!
I know that, but, just remember this little conversation when Hamil Bros is at your location to shoot your video, and you’re bored out of your mind because, well, we should be ready to shoot really quick after we arrive, right? Haha! But seriously… Remember this: we have to unload and unpack everything we are going to use (which is a lot of stuff, by the way). 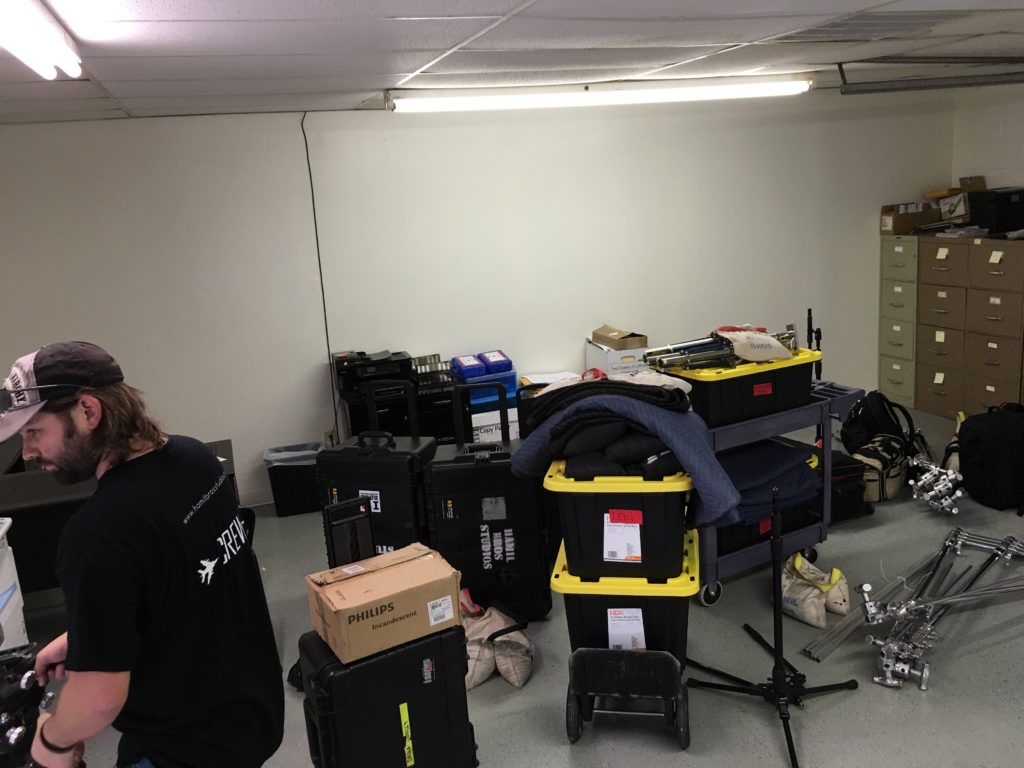 Everything is unloaded and about to be unpacked

For our example content for this series, we’re going to use an interview setup. As elaborate as it will seem, they are typically our simplest setups.

Okay, let’s fast forward to where the trailer is unloaded and the gear is unpacked.

First we place the camera in the room

The first thing that happens is the camera gets placed where we think it needs to be. This is just a general placement at this point because as the setup progresses, it is bound to change and we can make adjustments as needed. But, at least we can see where we want our interviewee to be and what we need to do to make the shot interesting. This includes placing set decorations in the background and/or foreground.

From here on, it’s kind of a whirlwind of many things happening at the same time, but, let’s just take it one chunk at a time.

Sound is as important as picture

For this example, we are shooting in a concrete, cinder block, garage/storage room.

As you can see, we don’t have much to work with: white walls, concrete floors and fluorescent lights. It all makes for a pretty ugly room and a terrible sounding one to boot.

By anyone’s judgement, this is an ugly room. Sound-wise, the sound is very active and can cause us problems when recording the audio for these interviews

As you can see we have several issues to overcome to shoot video in this room. But, as I’ve stated earlier, we are problem solvers. So, let’s get to it!

We will start off by placing a subject in the frame. In this case it’s several interviewees or their stand-ins. So, let’s get them where we want them so it will look the best. 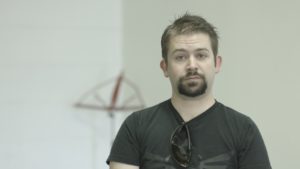 We’ve got Jacob sitting in here for our interviewee. So far, nothing has been done in the room except we have the camera set up and we have him positioned approximately where we want our subject to be in the final frame.

Now that they are placed, we can begin deadening the room to get the best audio possible. This is an interview, so what the person is saying is important.

All right. The room sounds good. In the next post we’ll move on to tackling making the subject look good. And see what we get there.