How about that script?

How about that script? Okay. Now we know what the client wants and, more importantly, what their needs are. We’ve discussed whether the project is going to be a television commercial, a promotional video, or a informational video. We’ve also discussed its delivery medium (television, web, or some kind of playable medium like DVD). It’s time to write the script or write the interview questions.

For me, the script-writing stage is the most difficult creatively. Sometimes, it’s extremely easy, but, for me, the hard part is how do you say something in a way that it’s not been said before or in a way that will make an audience think differently? However, we are problem-solvers and that is a problem that we must find an answer to. Sometimes, the script comes together in an hour. Other times, it can take days. After that, it can take several days to hone the script to the final product, and that doesn’t account for any rewrites that may happen on set if the emotion of the shoot changes direction or we find a more powerful way to express the feeling. 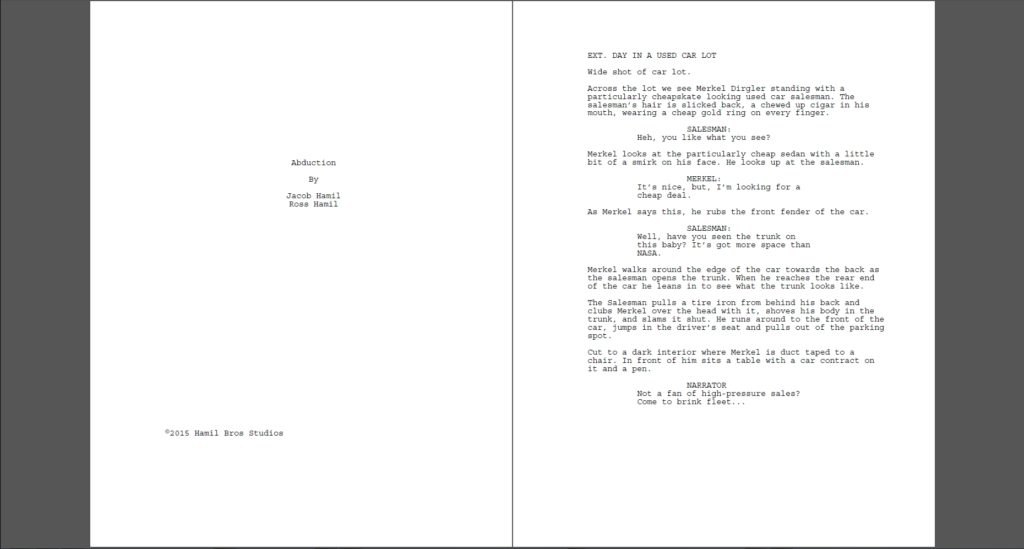 Now the script is written, it’s time to shoot, right? Not yet. I know, I know. You’re wanting to get to the stuff that’s not so boring, but, this is how we do it and it works.

What else could we possibly need to do before a shoot??? Well, there are several things that you probably needn’t bother yourself with, but, this is educational, so, we’re laying it all out for you.

Location Scouting – know where to shoot

After our initial meeting and a concept has been agreed upon, we will attempt to do a location scout if the shoot is confined to a specific location. This helps us figure out what kind of setup(s) we will be doing and what equipment will be required. We have to answer several questions about the location:

We will take pictures or video of the room(s) in question and reference that when putting together the shooting requirements. If the location is out of town, we will, often have the client take pictures or video on their smart phone. You probably see the value in doing this scout, but for the sake of driving the point home, here is an example of why this is a good idea:

In Brandy’s case, someone had done an interview where she had been placed up against a royal blue wall with black accent and she happened to be wearing a royal blue top with black accent. She looked like a floating head against the wall. Without a location scout, these things are bound to happen. In all fairness, these things sometimes happen anyway, but, with the location scout, a lot of these issues can be headed off at the pass. 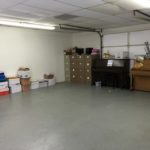 Notice that we are going to be battling a garage-type door. 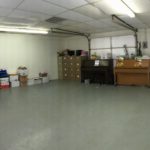 As you can see, we don’t have much to work with: white walls, concrete floors and fluorescent lights. It all makes for a pretty ugly room and a terrible sounding one to boot. 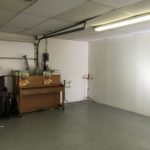 This is the corner we chose to shoot in

Time of day is very important

More food for thought: if the shoot is going to be outside, aside from the obvious considerations like the weather, the biggest thing to plan for is the time of day and, in turn, the position of the sun.  Those two things will bear heavily on the outcome of the shoot. Not only do scripts depend on certain times of the day given the story, but, it either makes a shot look good, okay, or just plain bad. Click on the images below, slide through them, and see the differences. 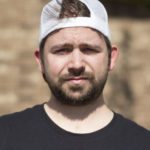 With him facing the sun, we see that he has skull-eyes really bad and is squinty. Not very good 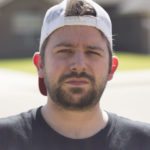 The sun is directly behind him here. Not bad, but, look at his nuclear, red ears, not to mention the lighting is really flat on his face. 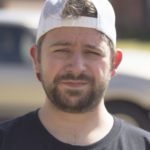 This is the ideal lighting. The sun is quartered behind him, creating some nice wrap-around on his face

As you can see, the position of the sun plays an important part on any day-time, exterior shoots.

In the next post, we will conclude our discussion on pre-production and start getting into the fun stuff.