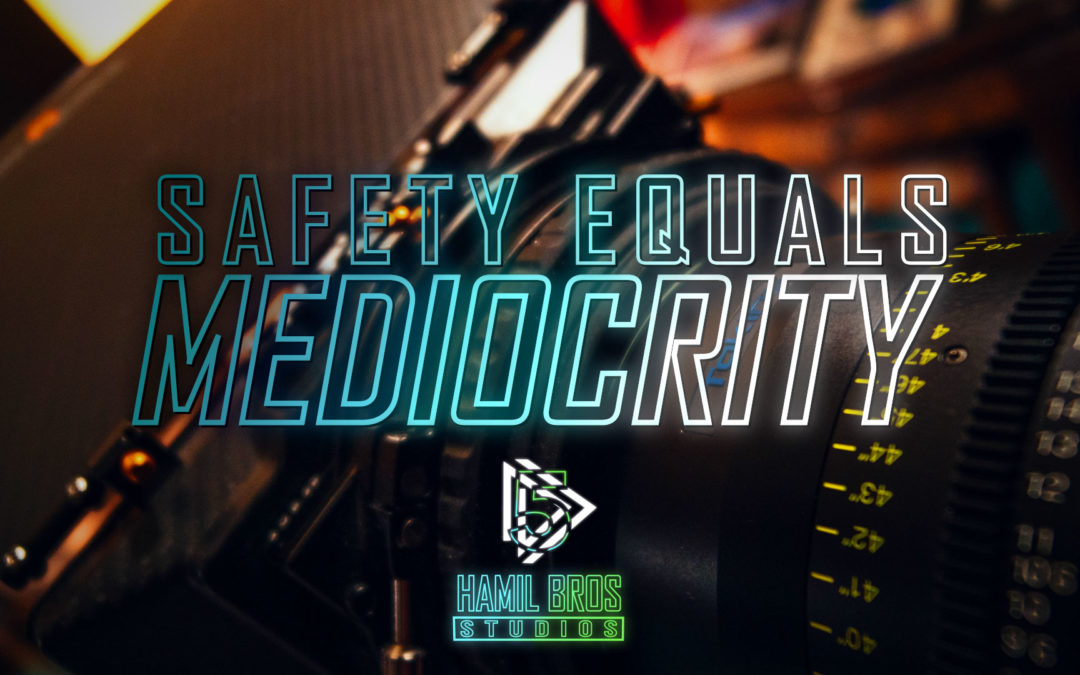 There’s got to be a better way

I hope that, by now, it’s no secret that we, at Hamil Bros Studios, like to challenge the status quo. While I can’t speak for both of us, I can say that I feel like I’ve always been that way; and my mother would likely agree. If I remember correctly, my mother has said that, when I was just getting into the habit of speaking, I would argue about anything. Anything. I would ask what color the sky was. She would say, “it’s blue,” and I would reply, “no, it’s not.”

While extremely childish, I feel like that’s a personality trait that has served me well over the years. As a young adult, and now, midway through my 30s, it’s not arguing simply to argue, but, it has made me challenge things that are generally accepted as “the way things are.”

In order to buy into a new idea, you had better have plenty of sound logic and reason before I’ll subscribe to it. Better yet, if you have tangible evidence, then we can really start talking.

I’m certain that this has, for years, come off as me being hard headed. But, deep down, it’s my way of trying to find a better way of doing something.

As it translates to video, it started in my Spanish 2 class with Mrs. Crockett. I’ve told this story countless times, but, in a nutshell, we were being assigned our first video project and I couldn’t believe the crap that I was watching from the previous years. It was boring, it sounded bad, it wasn’t terribly educational and, unless you were privy to the inside jokes, none of it made sense. So, I decided to try to do something different. I wanted my first video to be better. Not because I had a point to prove, but, because I wanted to make something that everyone who watched it could enjoy, not just me. 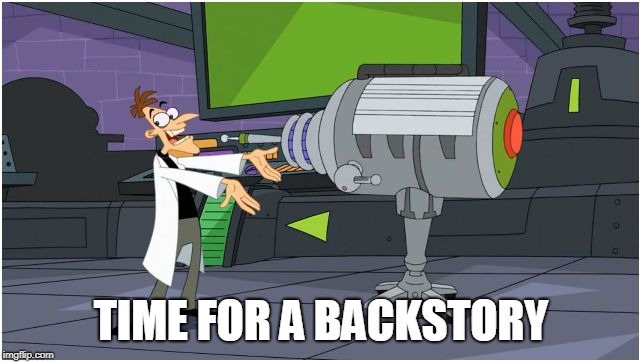 One of my CORE personality types is Entertainer. Pretty much, that means that I’m not satisfied if I’m the only one laughing at my jokes. I thrive on seeing other people enjoy my endeavors. 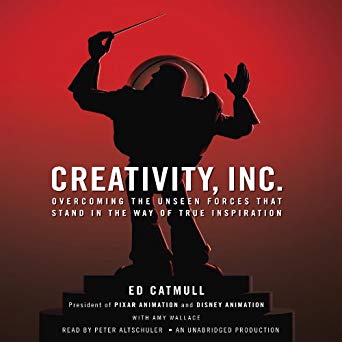 Two Thoughts on Why Most Videos Suck

Embarrassment is the Killer of Creativity

I’ve been listening through the book Creativity Inc. by Ed Catmull (co-founder of Pixar), and I heard a couple things this morning that really struck a chord. I’m paraphrasing, but, the first thing was that the fear of embarrassment is the death of creativity. In his context, he was referring to his team meetings where they would all come together and share/view each others unfinished projects and give feedback. Most creatives hate sharing unfinished projects. We don’t want people to pick it apart before we’re done with it, and, worse, we don’t want people to question our abilities. It’s embarrassing.

How did Ed deal with this? Everyone shows their unfinished work, thus, everyone else is on the same plane. There’s no need to be embarrassed, because everyone has the same level of risk, thus, everyone has the basic understanding that, while their project is unfinished, so is everyone else’s. The exercise is as simple as getting a clearer picture of the status of one’s own project and seeing where it’s thriving or where it’s falling flat.

Sure, that sounds great, but, that’s only an example in an ecosystem that they’ve created. How does that translate to the rest of us?

The Illusion of Creativity

To understand how embarrassment kills creativity, we must address why. Sounds deep, right?

The short answer is that we, as humans, really like our comfort zone. If we didn’t like being there, they wouldn’t call it a comfort zone, right? The bad thing about the comfort zone is that nothing truly creative or innovative comes from there. It can appear that it does, but, it doesn’t.

Now that we know why, let’s look at how. In the creative advertising industry, this problem runs rampant. In my experience, this is why our local TV stations are constantly making bad ads and getting paid for it. They take the same techniques that they’ve been using for years and make new commercials with them. The camera motions are the same, they’ve just placed something different in front of the lens. The graphics are the same, only the names are changed to protect the innocent. The script and voice over is the same, only a few words and product phrases are changed to sound different.

They are the same ads over and over, yet, the businesses that are buying them think they got a “new” ad because there were some differences.

It’s called Frankensteining. It’s taking the same old things and putting a new skin on them to make them look new. It’s the illusion of creativity, and it’s why people get bored or annoyed with these ads and promotional videos.

So, why do they do it? Because it’s safe, it’s predictable, and it’s inside their comfort zone.

Why do businesses keep paying for it? Because, they feel like their getting something new. The sad part is that by Frankensteining, these businesses and the “creatives” behind their ads are doomed to mediocrity.

I want to take a step aside and acknowledge that there are certain things within the video industry that are always going to be the same no matter what. However, I’m referring to the side of our industry that thrives in creativity.

How to Thrive (without an arm patch)

This is the exciting part, and I feel like this is the zone that we (Hamil Bros Studios) try to reside in and I attribute much of our success to it. We take on the work that scares us.

First, we commit to a project, not knowing, logistically, how we will make it all happen. Second, we interject ideas that force us to risk embarrassment. Third, we take ideas and techniques that we already know and see how we can misuse them to create a new result. We push these ideas to the breaking point, and if they break, we start over with something else.

This is how I approached video projects from the beginning. With my first Spanish project (it was a “fashion show”) I decided that I wanted to do iconic characters (musicians, cartoon characters, movie characters, etc.). I also wanted to make sure the music sounded good and that the voices were intelligible.

This meant running the video through a karaoke machine and adding music and doing a voice over through a microphone. Sure, the quality was pretty bad, but, it was still better than the status quo.

As a sophomore in high school, the risk of embarrassment was really high. Also, I had no idea of, technically, how to make it all happen, but, by misusing a karaoke machine between my camcorder and the VCR, it all worked, and it became legendary in Mrs. Crockett’s Spanish classes.

That is a process that I’ve carried with me for as long as I can remember, and it has paid off in the greatest ways.

As I moved into video production as a full-time career, this was the driving force behind all of my ideas, although I didn’t know it.

The very first commercial I ever produced completely pushed the boundaries of what I knew how to do. It was for a boutique women’s clothing store in Midland, TX. The idea was that after the store owner leaves, every night, the mannequins in the store came to life and tried on different outfits on the racks.

I literally had no idea how I was going to pull it off, much less, completely by myself (at this point, I was flying solo and Jacob was still in school).

How does this work for you?

Over the last several years, we’ve had a handful of clients give us free reign. Most recently, it was with our WunderTRE(k) project. What we’ve discovered is that, with these projects, these are our happiest clients and, simultaneously, these are the projects we are most proud of. Let’s take a look at a few so you can see what we mean. 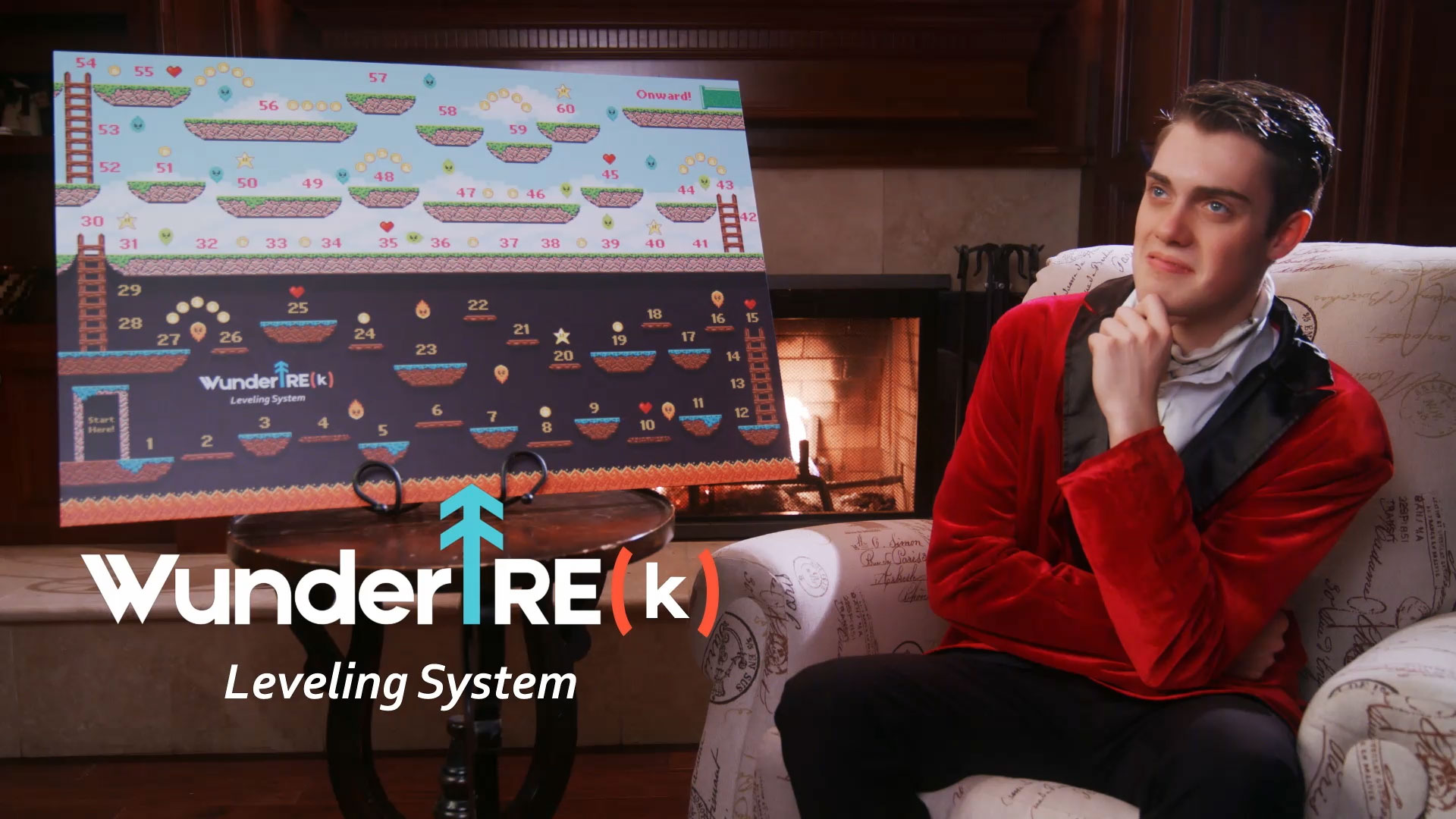 On the flip-side, we’ve had projects where we’re micro-managed and the client wants to take no risk, to speak of. These are the projects we don’t share because there’s nothing special about them.

The Moral of the Story

Recently, in a Harmon Bros podcast, I heard someone say something to the effect of, “the more creative power you take away from your creators, the worse your content’s going to be.”

This was a huge eye-opener for us. If you’re hiring someone to create videos for you, it’s likely because you don’t feel you have the skills to do it yourself, and that’s okay. I don’t work on my car, because that’s not in my skill set.

Ultimately, my point in all of this is that if you don’t feel any risk in the content you’re using in your marketing, it’s not going to be effective. It’s okay to feel nervous about it, but, you need to offset that with the faith that your content creators are doing their absolute best to make your content the best that they can possibly make it.

We hope that this has been informative and that, after consideration, you’re now willing to take some risk with your video marketing.