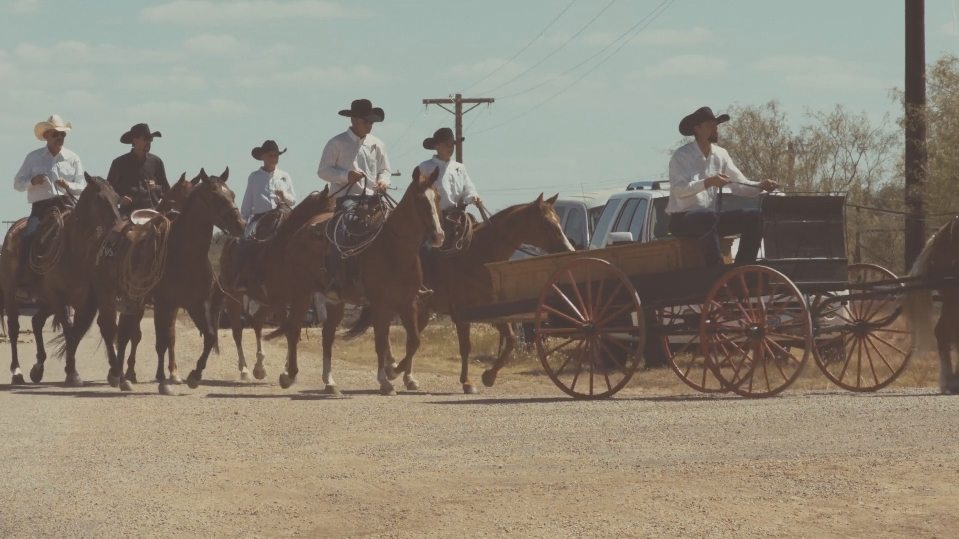 At Hamil Bros Studios, we get all sorts of requests for video services. This one may be the most unique request we’ve received. Larry Reeder, International Cutting Horse Trainer, passed away on Aug. 22, 2013. Being the icon he was in horse training, guests from all around the world traveled to Snyder, TX to pay their last respects. We were contacted and asked to document this day. We began by filming the funeral service in Snyder and quickly loaded up the vehicle to drive to Gale, TX for the graveside. It was a neat experience. Once the funeral procession arrived, a group of cowboys moved Larry’s casket to a horse-drawn carriage to be delivered to his final resting place in the Gale Cemetery.

After the graveside, we were given a tour of the town of Gale, where Larry’s family legacy resides. Although we did not know Larry, we are proud to have been a part of that day and documenting Larry’s family history as well as seeing all of the lives that Larry impacted.