A Jack of All Trades is not so bad 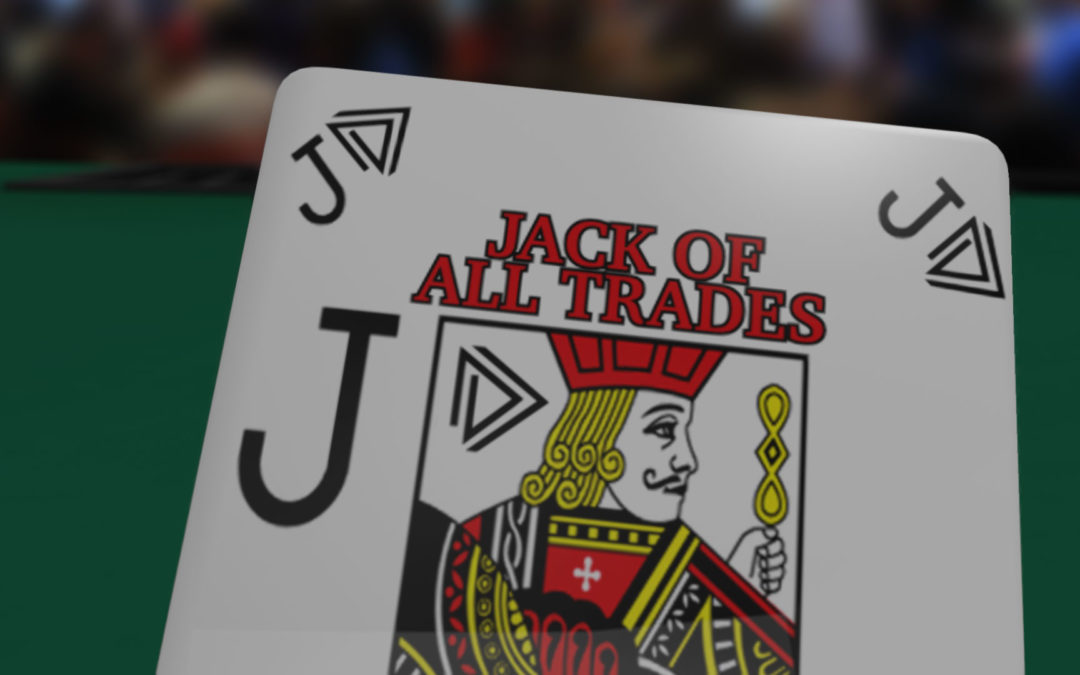 We’ve all heard the term “a jack of all trades is a master of none.” In our industry, it, almost always, tends to be a statement used to belittle those who aren’t plugged into a market where they can specialize in one facet of production (focus puller, gaffer, grip, etc). If I’m right, I would guess that the phrase has the same connotation throughout a lot of industries. It’s pretty much saying, “this guy can do almost anything, but, none of them very well.”

To a degree, there is some truth to that. I’m sure we’ve all met someone who had never met a job they wouldn’t do, and, not from a place of good work ethic, but, a place of “look at me! I can do anything because, I’m just that awesome.”

I want to challenge that mentality. Well, I don’t really have to challenge it. I want to shed some light on the truth of the phrase. There’s more to it than you realize.

The actual phrase is “Jack of all trades, master of none, though oftentimes better than master of one,” and there’s more information on it here.

Basically, there is a positive turn to the phrase that no one cares to quote. When we’re in small business, we often HAVE TO wear many hats; especially in the beginning.

I know that when I started off, I was the CEO, the secretary, the bookkeeper, and housekeeping (although, this one got severely neglected). I couldn’t afford to pay anyone else to do any of these things. That’s how most of us start out, unless we decide to dive into a mountain of debt, which we don’t recommend.

In production, it was a similar situation. I was writing, scripting, blogging, running the camera, doing the lighting, doing audio, reading voiceovers, editing, emailing clients, and delivering everything.

In the end, it gave us a huge foundation to build on and an even bigger appreciation for those we hire who can specialize in certain areas once we reached a point where we didn’t have to do EVERYTHING ourselves.

Here is my message in all of this: don’t let someone talk you down by calling you a “jack of all trades.” Remember the rest of the phrase. The more you know, the more you can do and you are often more beneficial than someone who hasn’t laid such a broad foundation.

Conversely, don’t stay there forever or you will never grow. There comes a point where it’s not beneficial to try to do everything yourself. It will wear you out and, ultimately, burn you out.

You have to start there and sustain there, for a while, and there’s no shame in that. It’s how you pay your dues and earn the battle scars that remind you of where you came from and motivate you to keep moving forward. Don’t let anyone take that from you, but, don’t settle there either.