What people think we do…

What we really do…

This may come as a surprise to you, but, we hear this all the time. “I don’t need any fancy editing.”

What does this statement even mean? On the surface, it doesn’t really mean much. What does the person mean when they say it? We gather 1 of two things. Either they don’t want us to spend a bunch of time on their video or they think that there are types of editing that are less expensive.

While the person that says this may not mean it that way, we still feel this way. Add to that, the fact that the Academy awards are removing editing from the categories that are being broadcast this year, it’s obvious that people value the process less and less.

There seem to be some myths surrounding the process of video editing. Let’s look at these misconceptions and find out what the truth is

Myth 1: Editing is so easy, anyone can do it

When people look at video editing on the surface, they think that it is a process as simple as cutting video and adding “cool” transitions. As easy as that sounds, why pay someone to do it? 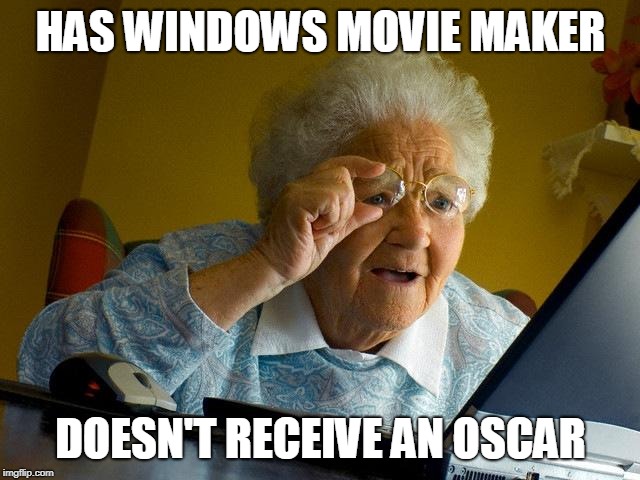 Truth: It takes years to become a good editor, and after many years, some people are still terrible at it.

Every day, on Facebook, I’m inundated with ads that are pushing a piece of software that will “create engaging videos” with the push of a button. What a load of crap!
Sure, if there’s no real purpose to the video, you can dump all of your footage in and hit a button and the software will spit out a video, but, it’s nothing more than a bunch of random clips.
I’m not here to tout my skills as an editor. I know plenty of people who are much better at it than I am, but, what I can tell you, after many years of doing it, is that there is a flow to anything that is being edited. Believe it or not, one frame of video can either solidify an edit or take the life right out of it.
Beyond learning the artistic side of editing, there are technical skills and techniques that make an editor more efficient. A video that takes me 8 hours to edit could be done in 1-2 hours with better results in the hands of a designated editor. 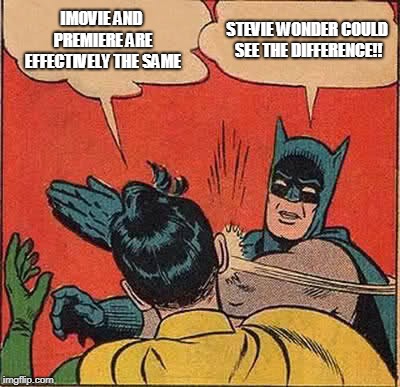 Many people tend to believe that, since all of our computers come with “free” video editing software, that the software isn’t that important. Between iMovie and Windows Movie Maker, everyone has access to an editing program. Heck, my iPhone has editing software on it. So, why would someone pay an editor to do something they can do for free with the software they already have?

Truth: While it’s true that the operator is more important than the tool, there still are better tools to use than what we already have for free.

Sometimes, I feel like people don’t want to pay for editing because they are paying for more expensive software that will do the same thing that their free software will do.

While, at their base levels, all editing programs do the same thing in being able to cut video and add sound, the free software has it’s crippling limitations.
In the spirit of full disclosure, I can’t really tell you what all of the limitations are because I haven’t opened these free programs that come with our computers now. What I do know, is that my editing software will allow me to organize my footage and audio to a level that free basic programs won’t. This even goes for cheap basic programs.

When I first started shooting and editing video, I had a program called Pinnacle Studio that only allowed one track of video and 2 tracks of audio. That was a ton of fun… I remember editing videos for my mother (she was a choir director and I would record their concerts) and I would have footage from 3 video cameras, at 3 different angles, and could only put one of them in a timeline at a time. What this meant is that I had no way to synchronize these different angles and just cut them up. I would have to play a clip, cut it on a beat, then find that same beat on another clip and edit frame by frame until they matched up correctly. 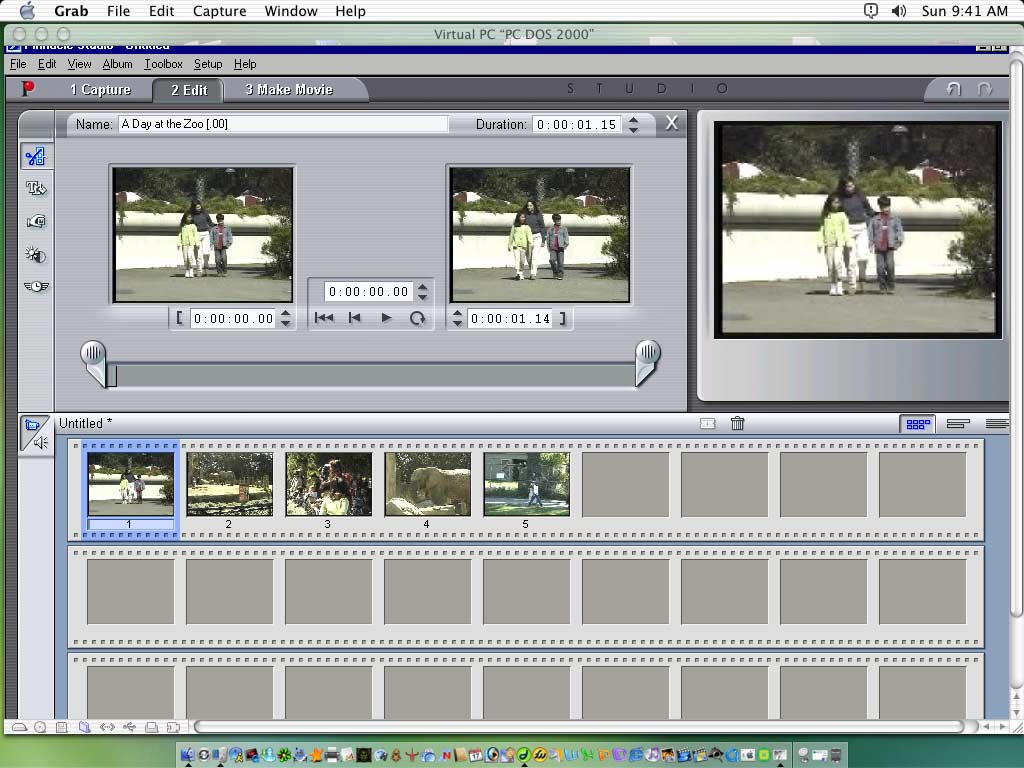 When I first started editing on a computer, this is the type of process I had to go through

When I finally moved up in software (I think I paid $500 for Pinnacle Liquid Edition in 2003), I could stack multiple camera angles on top of each other and find a common sync point and edit from there. That was amazing. 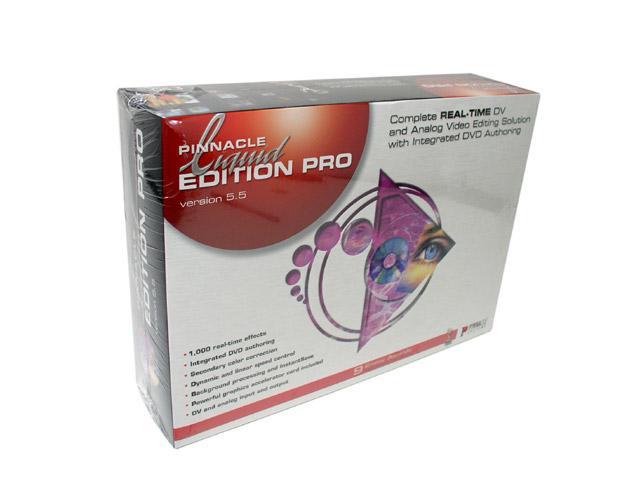 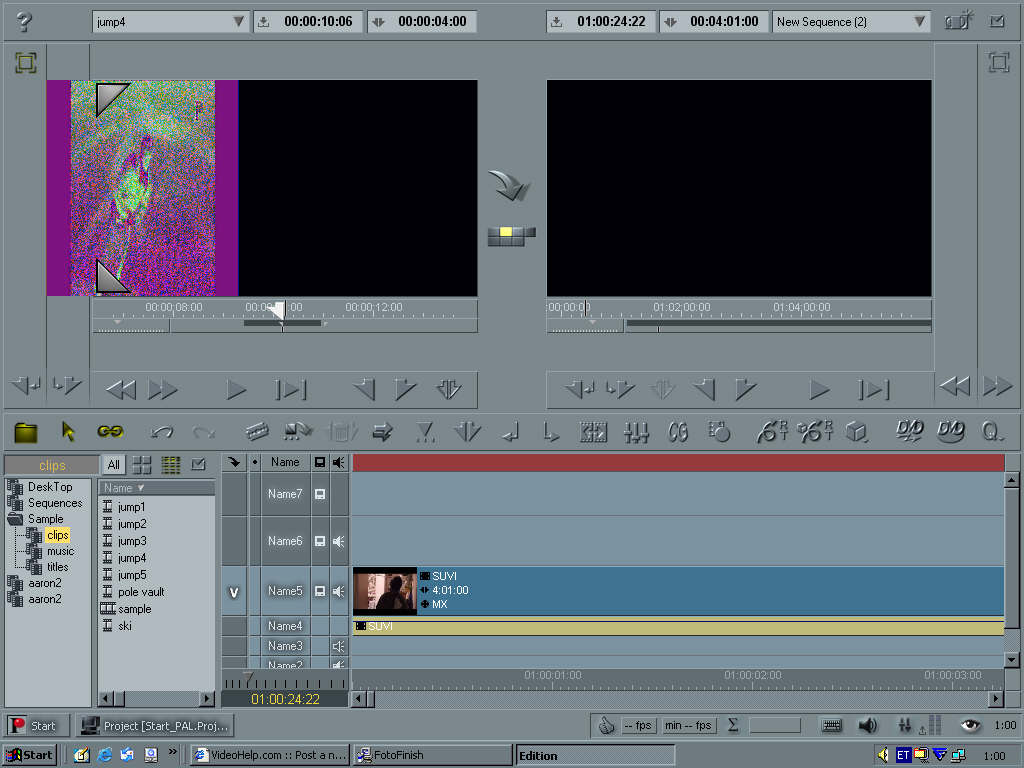 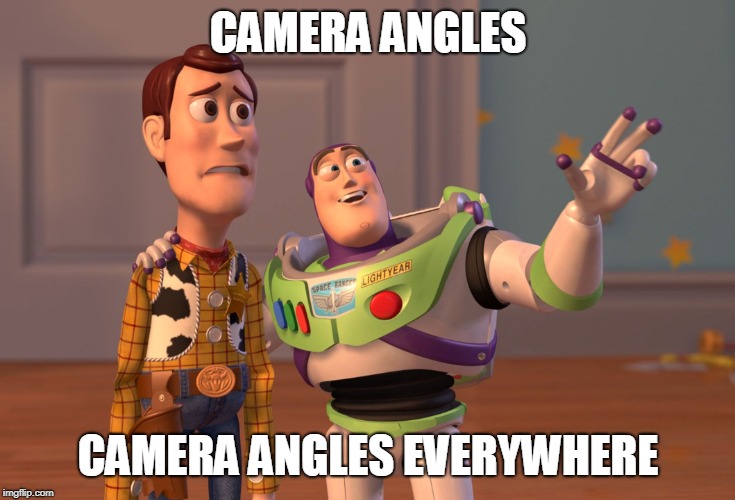 Then imagine my surprise when I learned that there was software available that would do “multi-cam editing.”

Multi-cam editing is where all of the camera angles are synced together and a window is available that allows you to play back all of the videos at the same time and you simply select the angle you want to use, in real time.

To give you a sense of how efficiency is increased, let’s look at these three processes side-by-side.

I know all of this is kind of a weird discussion, but, I feel like it merits notice. Also, I don’t want anyone to feel like we’re bashing people who ask us to do work for them. Obviously, there are some who are just cheap and don’t want to pay what we have established our services to be worth. With that, they probably balk at the prices on McDonald’s menu.

Others, however, are budget restricted and the editing, for some reason, seems like an easy place to save some money. If you fall in that demographic, then this is for you.

I hope you don’t think I’m yelling at you. I’m not. Sure, it stings a little bit when people say this to us, but, we should start working on educating when this statement is made.

Something I also want to point out, so I don’t sound like I’m preaching, is that I’m just a guilty of this as anyone. Recently, Jacob and I were at the Lubbock Business Expo and hanging around the WunderTRE booth because our much awaited WunderTRE(k) video was making a limited public debut. I ended up speaking with a gentlemen who owns a marketing materials business in town whom we have done business with. We both kind of zapped each other where it hurts. Not being mean, but, we exchanged shots, nonetheless.
We were talking and he noticed our hats and said something to the effect of, “I believe we actually embroidered those hats for you.”

In response, I said, “well… you did some hats for us, but, these we actually got through VistaPrint…”

He made a joking gesture like he had just had a heart attack. After explaining some of the reasoning behind using VistaPrint, he asked me what we do. I told him we do video production and that we had actually produced the ad that was on the TV directly behind him.

“Cool!” he said. “I’m actually wanting to look into doing some video for social media. Nothing fancy, but, just some things to put out.”

Okay, no big deal. We hear, “nothing fancy” all the time and it generally means they want the end video to be something simplistic.

Then, he hit me with his stinger, “the TV station comes out and does our commercials and we don’t need anything as fancy as what they do…”

While I know he didn’t mean anything by it, it still took me aback. Why did he automatically assume that the TV station offered a superior service? I don’t know, but, I’m going to dive into it and find out. You can bet I’ll share the results.

I ended up sharing something that I haven’t posted about, and I’m about to share with you.

As some of you may know, I worked in production at one of the station affiliate groups in Lubbock. I was only there for a few months. One of the main reasons I quit is because I was told that my work was too good and that I needed to bring it way back so that their clients wouldn’t expect too much. True story. That is a conversation that will stick with me for a long time. I couldn’t believe it.

I relayed this story to the gentleman at the trade show.

Again, like I said, we weren’t exchanging zingers out of malice, we were just honest with our perceptions and it led to a really good conversation, but, you can bet that we both walked away with a different perspective on things.

I wasn’t going to include this, however, Jacob all but insisted, and it’s a good point: when it comes to feature films and television shows, there’s a reason that the editor gets a high placement in the credits. The edit is important.

If you are budget conscious, it’s okay to ask for something simple. But, I wouldn’t recommend asking your production company to not do any “fancy editing.” For one thing, there’s really no such thing, and for another, you’re asking them to lower their standards to help you save money.

Looking at it that way, would you lower your standards to help one of your customers cut corners? I would hope not. Would you find some different options to save them money while maintaining your integrity and pride in your work? That’s what we do.

This is an exclusive newsletter pumped full of our fresh new content! You want to be in the club? Sign up today!