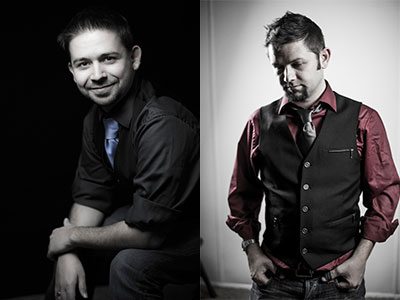 When it comes to video production, the possibilities are nearly endless.

While our video production typically do commercials, weddings, and short films, recently we have started offering funeral slideshows. This came from me (Ross) doing one for an extended family member and getting some referrals. The main complaint I’ve heard about them is that when the funeral homes do them, there’s nothing personal about it. We try to be as personal as possible during these difficult times.

Churches and Non-Profit Organizations are always raising money for different projects that they are drawn to supporting. Having gone to church my whole life and seeing (or more accurately not seeing) how these things work, it has been hard to put money into something like this.

Every time someone leaves the country, state, or visits an inner-city area, more often than not, a slideshow is shown afterward to “report” on what went on.

The fundamental problem is that these pictures are mostly an after-thought. The people who go on these mission trips are there to work and serve, not to take pictures/video production which leads to the secondary problem: an accurate depiction of the events that took place is not captured.

I cannot tell you how many times I went on a mission trip, came back, and put a slideshow together only to give off the impression that all we did was play and have fun and maybe a little bit of work. Even though we may have hauled more than 10 20-foot trailers-full loads of tree branches to the landfill after trimming all of said trees to help some elderly people meet New Mexico Fire Code, or spent an entire day passing out food to children in Mexico whose family is so poor that the only thing they can afford to feed these children is candy.

Since before Christmas, we have been working on pre-production for a short film written by one of our good friends. The progress seems to have slowed down as other things have come up. However, this film is more or less for fun and the closer we get to production, the more it scares me because it is absolutely something that NEEDS to be done well. The casting has to be perfect and the directing needs to be as well. We were hoping for a spring start time, but, since spring is here, that may be delayed. We are, however, doing a casting call for this video production.

This is a new short film that was written by Jacob. This video production is a little more pressing because we are entering it in a competition and those have deadlines. The moral of this story is “never, for any reason, be late to a first date.” It is going to be an action/comedy (more action than comedy, but, hey, it’s our film, we’ll label it however we want).
We had our first production meeting with the cast and crew on Monday night.
This particular project is going to be a different challenge because there are fight scenes that need to be choreographed. That should make for a humorous behind-the-scenes video production.

This is huge for us because we can start focusing on working closer to home. Again, I’m super excited to be freed up to start improving television in the Lubbock market.

Well, that just about wraps things up for this post. Stay tuned because we should be launching our newly updated demo reel today and hopefully that will blow a few minds in the process.

Until next time,
Ross